A busy weekend for the team saw a different approach to racing but a result with a very familiar feel to it. With exclusive insight from McLaren F1 Director, Strategy and Sporting Randy Singh, we dissect the British Grand Prix.

Change and Formula 1 are not always the best bedfellows and thus predictably up and down the paddock there was an air of scepticism around the arrival of Sprint Qualifying. The prevailing view in our garage – in so much as it’s possible to have anything quite so homogenous – was one of cautious optimism: F1 was trying something new with a view to giving fans more on-track action. Regardless of how effective it proved to be, there’s points for trying. In the aftermath, consensus was that it went pretty well: it didn’t turn the world upside down, nor did it diminish the spectacle – but it did ask some new questions and shake-up a comfortable format.

Many of those new questions concerned strategy. What changes when everyone has a free choice of starting tyre? How best to prioritise learning when the car is in parc fermé after the first hour of practice? With a smaller tyre allocation, which should we use, and which should we save? These and dozens of other nuanced queries were occupying the attention long into evenings in the run up to the team’s home grand prix – but the team did their homework well. Lando and Daniel came through the weekend with an unusually linear progression: sixth and seventh after qualifying; fifth and sixth after sprint qualifying; fourth and fifth at the chequered flag. The team also came away with a lot of learning about how to operate during a weekend with sprint qualifying. When we try this again at Monza, the nature of the track changes the complexity of the exercise – but there will at least be a precedent in place to which the strategists may refer back.

Sprint Qualifying in a nutshell

• Both drivers are passed by Soft tyre-shod Fernando Alonso at the start. Both regain that place when the Soft tyre degrades.
• Lando passes Sergio Pérez at the start. Daniel gains a place when Pérez spins on Lap 6.

There is nothing in the rules to prevent pit-stops during sprint qualifying but the 100km length of the race, the durability of Pirelli’s compound choices and the time lost during a stop combined to ensure it wasn’t a viable strategy at Silverstone. With a free choice of starting tyre, all three compounds had potential for the sprint. The C3 Soft compound would have more grip at the start but degrade more swiftly; the C1 Hard compound would struggle in the early laps but suffer the least over the entire stint. The C2 Medium, was, as always, the compromise. A further wrinkle was the requirement to save tyres for Sunday’s Grand Prix. The majority of the field used one of their two sets of Hard tyres in practice. They would almost certainly need the other for the race, and thus, would not consider using it for the Sprint. Therefore 16 cars opted to sprint on a Medium tyre (14 new, two scrubbed), and four on a Soft (three new, one scrubbed).

“There was a lot of planning that went into the weekend and one thing that we decided on was to make sure we had a new tyre with which to start the sprint, which in this case was a Medium,” says Randy Singh, director of strategy and sporting. “Strategically, it was fairly simple. All of the tyres would get you to the end, the question was: do you want to start on a Medium and have the best overall race available to you? Or do you want to start on the Soft and try to make some places at the start and then defend? Most of the other teams went the same way as us – though a few drivers tried the Soft.” 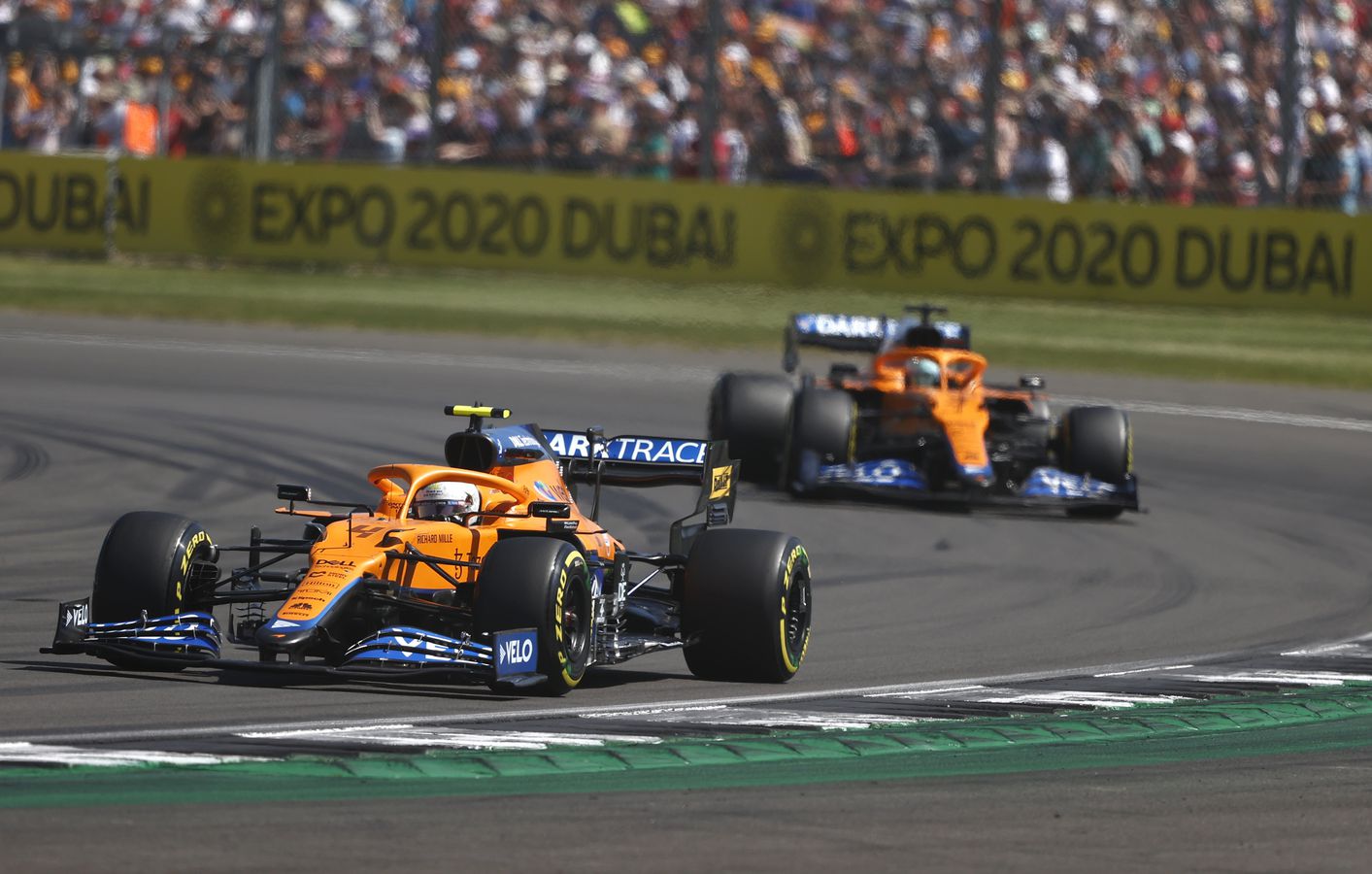 Both Lando and Daniel fitted a new Medium tyre, and both duly lost a place to the Soft-shod Fernando Alonso at the start – though Lando also passed Sergio Pérez and retained P6 at the end of the first lap. He passed Alonso on Lap 6 to move up to P5, where he finished. Daniel moved up to P7 when Pérez spun-out on Lap 5 and passed Alonso for P6 on Lap 9.

While three of the four Soft runners made sizeable gains on their starting positions, the jury – or at least, the jury at the MTC – is still out on whether that was a better choice. “It is very tricky to separate how much is tyre, and how much is car and driver,” muses Randy. “Did someone like Fernando have a good start because he had a Soft tyre fitted, or did he fit a Soft tyre because he has good starts and wanted to maximise the potential?”

Having Pirelli’s hardest compounds on offer, and with a free choice of starting tyre for everyone, made a one-stop race at Silverstone extremely likely. The way to go would be a long stint on the Hard tyre preceded by either a Soft or Medium tyre – with the reverse possible for cars caught out of position.

“Medium>Hard wasn’t the only option available – but it was the safest and most sensible strategy and everyone took it except Pérez, who was starting from the pit-lane and out of position,” says Randy. “To a certain extent it’s self-reinforcing: if you thought other people were going to do it then it becomes more likely you will as well, if you’re happy with where you’re starting.”

A free choice of tyre led to much less variety in tyre choices than would usually be the case, with 19 drivers electing to start the race on a Medium tyre. The lone wolf was Sergio Pérez, starting from the pit-lane on a Hard tyre. The red flag on Lap 2 simply shortened the race from 52 to 49 laps, with no-one choosing a different tyre for the restart – though those with a fresh set of Mediums available fitted it at this point. Lando and Daniel, who only had another used set available, both stuck with their original starting tyre after their engineers thoroughly reviewed video of their opening lap to make sure they hadn’t had an impact with a kerb or wheel.

“Sometimes a red flag will change the plan because it effectively shortens the race and delivers free tyre choice – but this time it didn’t shorten the race by much and we had all had free start tyre choice anyway so it was a fairly simple decision,” says Randy. “We decided to restart on a Medium set.”

It became clear early in the piece that Daniel’s race was going to be defensive, keeping a very rapid Carlos Sainz at bay. By Lap 20 the pair were 11 seconds behind Valtteri Bottas and five ahead of Fernando Alonso. With Sergio Pérez not making rapid advances from the back of the field, the pair were in their own private battle. 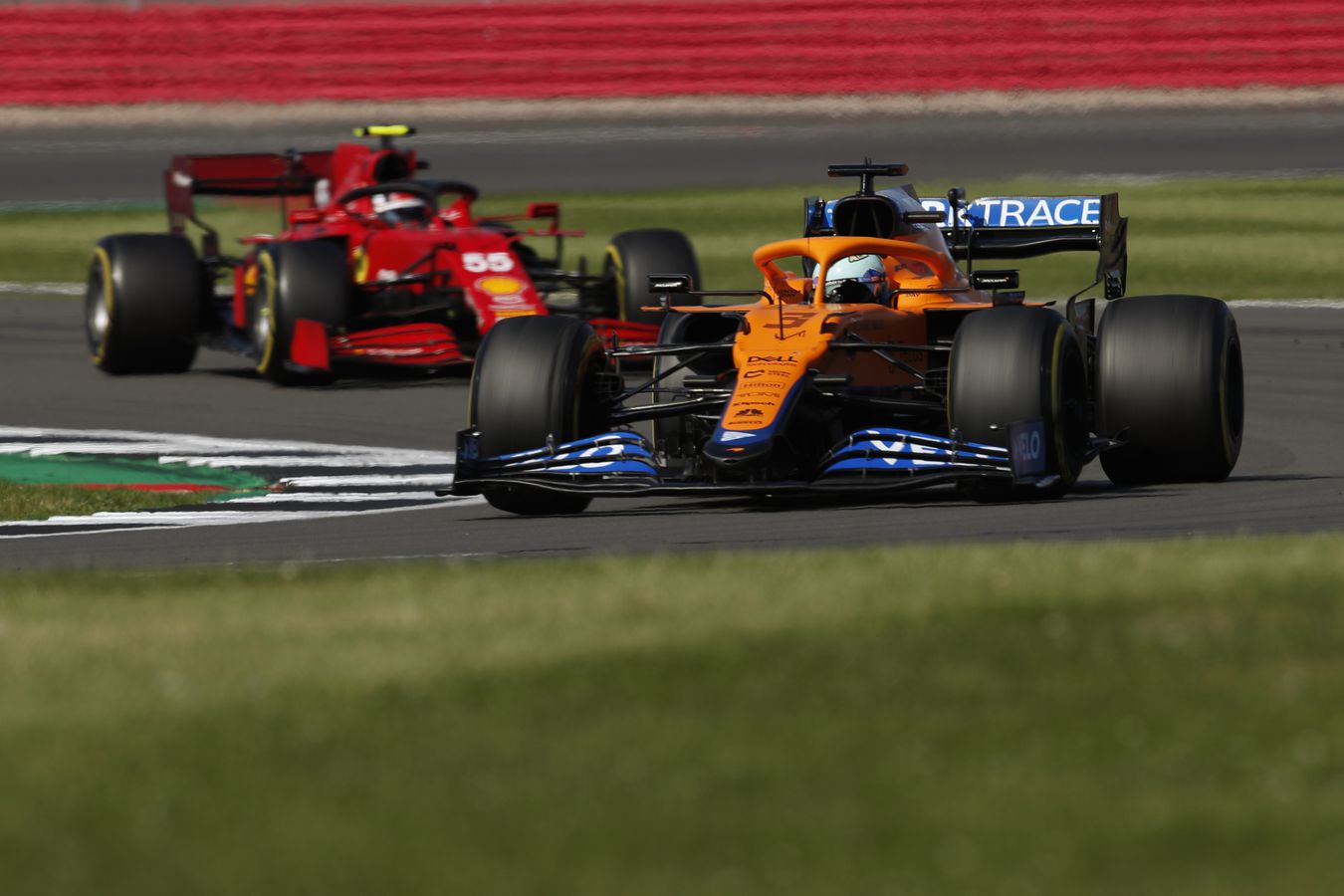 Daniel boxed on Lap 20 to pre-empt an undercut attempt from Sainz, who therefore elected to go long. With very good pace in the Ferrari, he ran to Lap 28, built up the necessary pit-gap, and would have emerged in front of Daniel, were it not for a very slow stop. He rapidly closed the gap to Daniel and applied 20 laps of relentless pressure – but Daniel didn’t put a wheel wrong all afternoon and held-on to P5.

“We had to go with Daniel when we did, because it we hadn’t gone, Carlos would have,” says Randy. “Instead, Carlos switched to an overcut, and he did it successfully and would have gained the place but for a slow stop. We’re happy we made the right choice though – they’re just a strong team with a good car and strong drivers. Daniel drove really, really well in that second stint to keep the position.”

Lando’s race started out at a very high tempo but became comfortably dull shortly after the pit-stop. Lando passed Valtteri Bottas at the restart and ran in P3 for the early stint. Throughout that stint he had Bottas closing to within DRS range and then falling away to a tyre-saving 2s gap on a regular basis. Lando pitted on Lap 21 with a 1.5s lead, however a slow stop cost him around 3s and also put him back on track directly behind Alonso, running relatively slowly as he reached the conclusion of his own first stint. Those two factors combined were sufficient to lose Lando net P3 when Bottas pitted on the next lap. 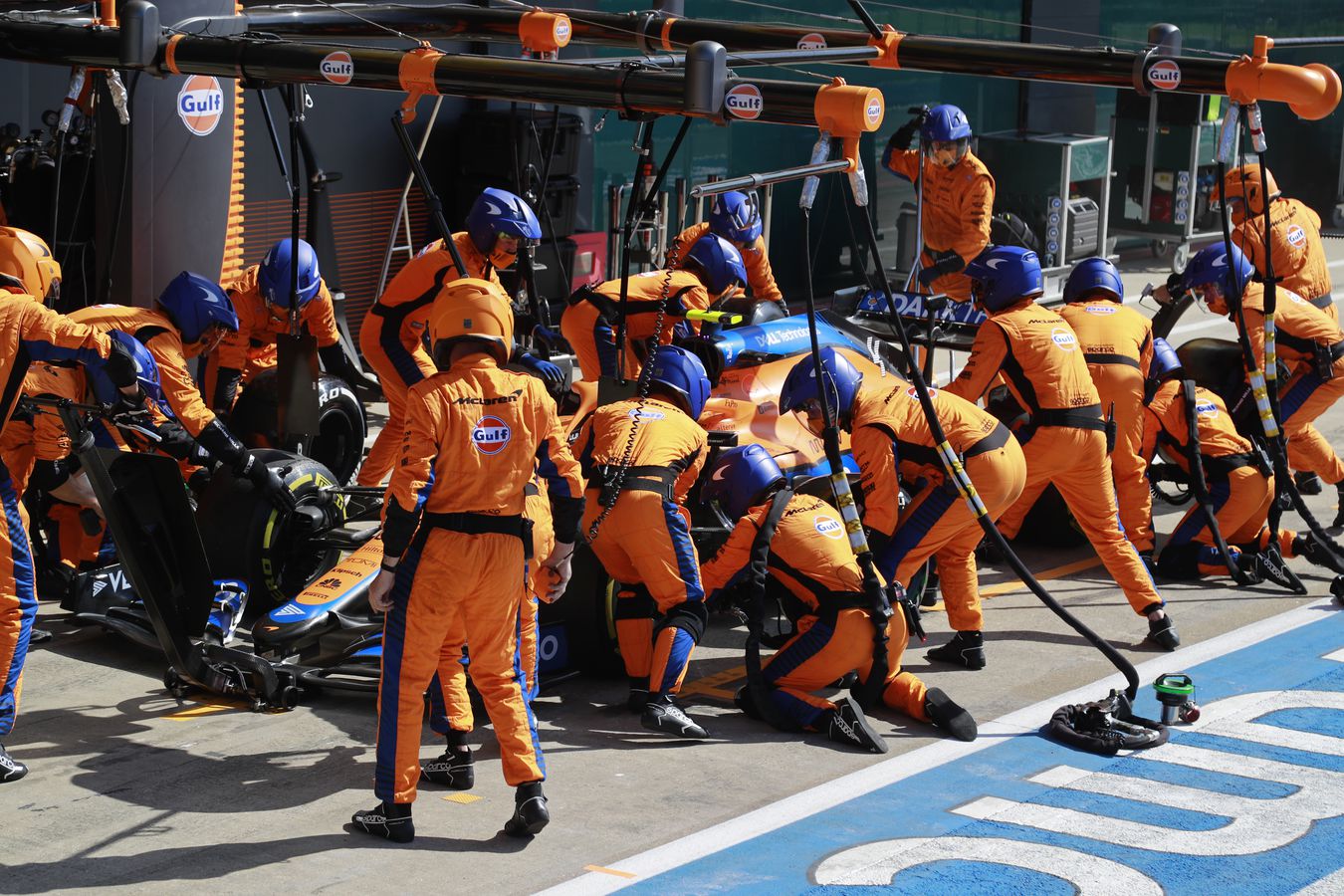 “With Lando we were fighting Bottas, but it was just bad luck that we had a problem with a wheel-nut, that allowed Bottas to pit out in front of us” says Randy.

Lando briefly regained P3 when Lewis Hamilton pitted and served a 10s penalty – but fresher tyres and a quicker car forced Lando to cede the place back without much in the way of defence. Through the second half of the race he fell back from the leading trio but continued to edge away from Daniel and Carlos, eventually finishing 17s behind P3 and 14s ahead of P5. While it was perhaps not the most dynamic grand prix you will ever witness, there was a great deal going on.

The British Grand Prix according to social media