In a secret location somewhere in the south of England lies a place packed with bygone celebrities, but these aren’t film stars or musicians - they’re racing cars.

Unit 2 is where our historical cars are stored once their racing careers are over, dormant under see-through white sheets.

As you walk through, you notice all the famous names adorning their sides – Senna, Prost, Hakkinen, Hamilton, Raikkonen.

A one-off Lamborghini-engined test car, as driven by Ayrton Senna, lies in a corner. The MP4-18 test car, which never raced, sits amidst a range of Formula 1 cars. Underneath a cover there’s an F1 GT roadcar, a long-tailed version of the McLaren F1, which is one of only three in existence.

Old specification tyres are stacked neatly on top of each other, while spare parts are packed away in boxes just in case the sleeping giants are ever woken again. Tools are ready on the maintenance area’s workbenches in the event they are.

It’s not just Unit 2 that houses our heritage collection though – many cars are on display at the Donington Grand Prix Exhibition and more still can be seen at the McLaren Technology Centre.

Consultant Ian Gosling helps look after Unit 2’s treasures. “Since McLaren International was formed in 1981, no MP4 (post 1981) car has been sold in the open market,” says Ian. “Its pre-1981 M series cars are mostly in other people’s hands now though – they used to be sold off to privateers at the end of each season to help fund the team’s operations in the following year.”

He says only 12 to 15 M series cars have been retained by the team, adding that there was an ongoing programme in place to support the cars that actually run, such as the ones on display at the MTC’s boulevard.

At peak levels, there were approximately 75 cars housed in Unit 2, however the current number is about 50 – historic cars are going to be displayed at each of McLaren Automotive’s 35 retailers all over the world, with some coming out of the Donington Grand Prix Exhibition.

More space at Unit 2 will become available soon when the McLaren Production Centre, the brand new factory being built to produce McLaren road cars, is up to speed. When it is, the cars currently in Unit 2 can be spread over a wider area, making them easier to get to and work on.

Take a look at this superb gallery of Unit 2’s interior by photographer Darren Heath: http://mclaren.com/page/the-secret-world-of-unit-2--gallery.

Watch Jenson and Lewis be inspired as they take a walk around Unit 2: 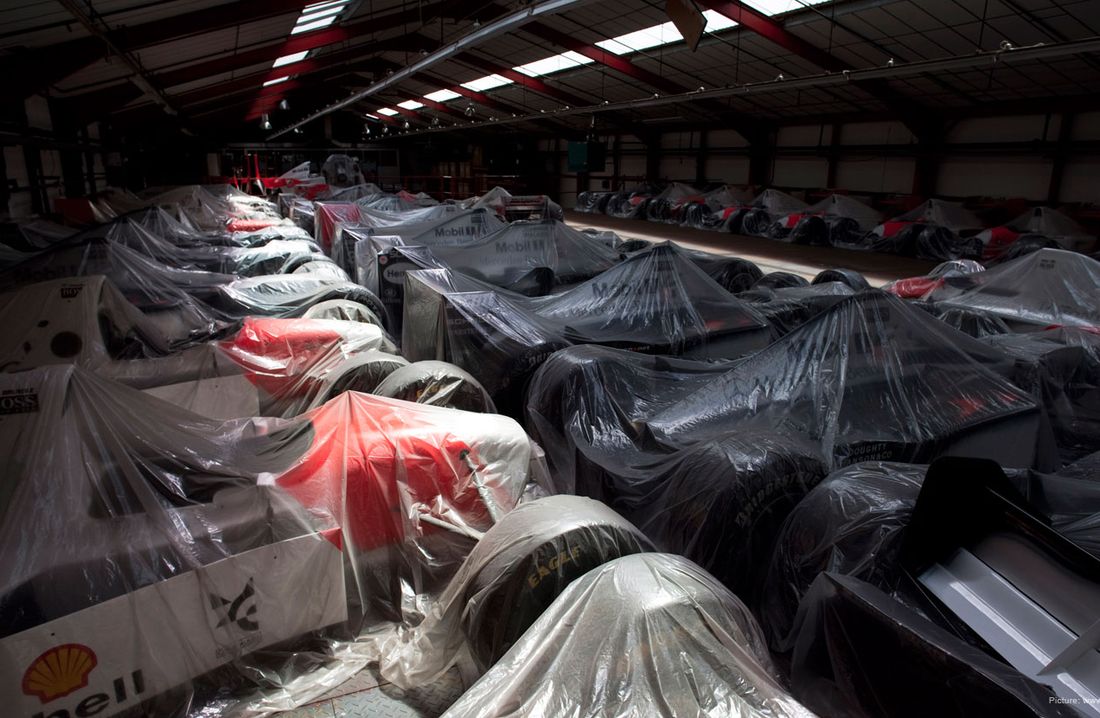