In 2017, Robert Kubica got behind the wheel of a contemporary Formula 1 car for the first time since February 2011. The story of his return to the sport following a lengthy recovery from a terrible rallying crash has been called the comeback of the decade.

In Formula 1, as in real life, everything is cyclical, and the story of the Polish driver’s potential return to the sport reminds us of the story about how another racing great was sensationally lured back to drive for McLaren.

It all happened nearly 40 years ago…

In many ways Niki Lauda’s return to F1 with McLaren in 1982 after two years away from the sport was very different from the current example of Kubica. Lauda was already a two-time World Champion who had fulfilled his potential, and his departure from F1 was voluntary. In contrast Kubica still had much to achieve when he had his rally accident at the beginning of 2011.

But there are some parallels. Kubica has used his recent outings with Renault in the first instance to judge his physical capabilities in a racing car, just as Lauda tested the water with McLaren – but in the Austrian’s case it was the mental side that he most wanted to assess. Did he really want to return, and would he still be competitive?

It was at the 1979 Canadian GP that Lauda famously realised that he was bored with “driving around in circles,” walking away from the new Brabham BT49 after just a few practice laps. He also abandoned a lucrative 1980 contract with Bernie Ecclestone’s team. His focus now was his airline, and for over a year he barely paid any attention to F1.

But then in August 1981 he went to his home GP in Austria in a TV commentary role. He realised that the sport did have some appeal for him after all, and that the pace of life away from racing was too slow for him.

In conversation with James Hunt, 1981 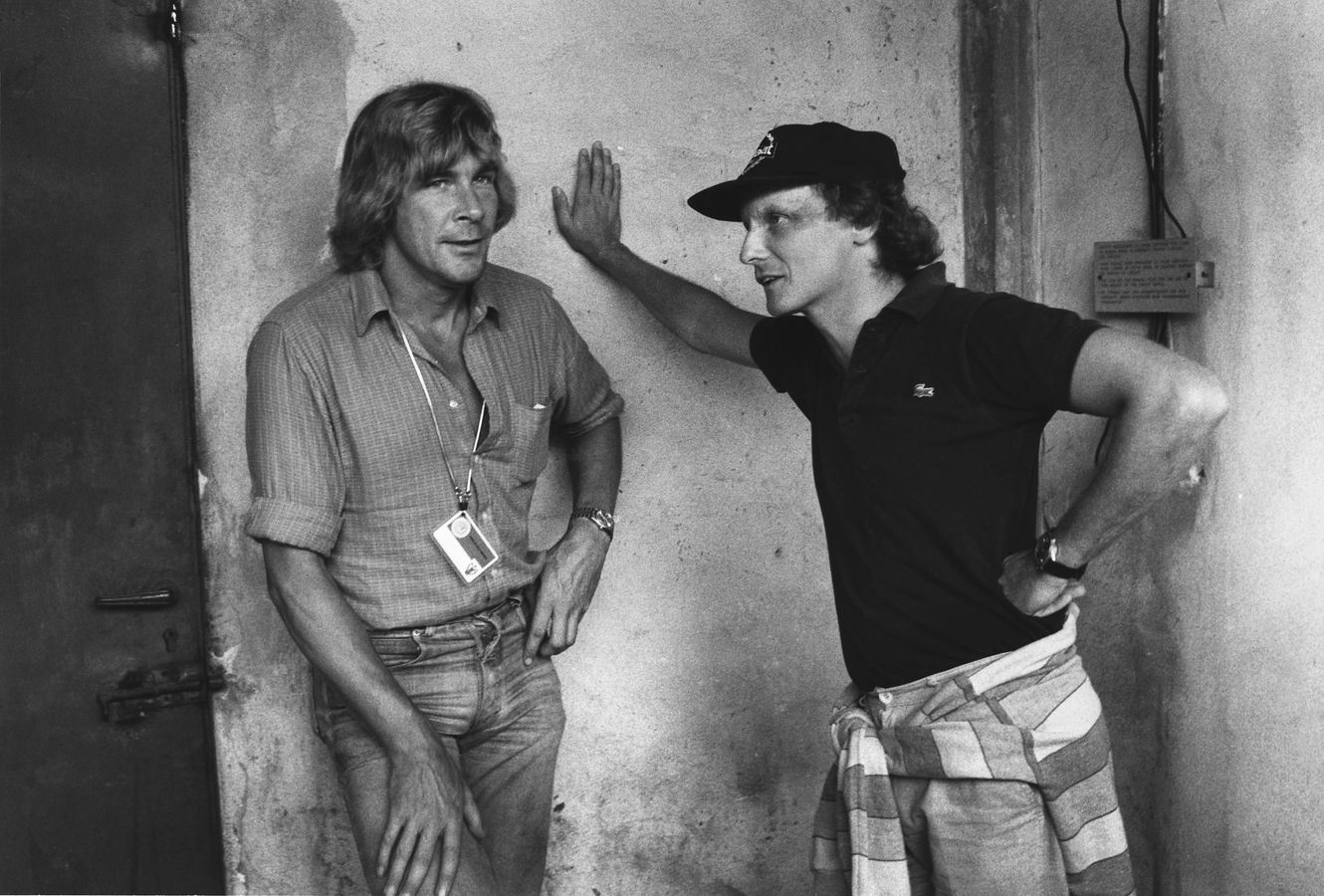 In conversation with James Hunt, 1981

For the first time in nearly two years he began to think seriously about a return, and to that end he went to see his long-time fitness trainer Willy Dungl, curious about the challenge of driving the current cars, which generated higher g-forces than he had been used to. Quickly made aware that he was overweight and unfit, in his typical style Lauda began a training programme even before he’d talked seriously about getting back into a car.

The man who made that happen was Ron Dennis. He had run Lauda’s entry in the 1979 BMW Procar series, and even then he had talked about teaming up with the former champion in Grand Prix racing. Having first launched the Project 4 F1 team and then taken over the management of McLaren, he had kept in touch with Niki by phone, badgering him about a possible return. At the Italian GP they talked face to face, and Lauda asked if he could try the MP4. Dennis was quick to agree, arranging a test for the following week.

“Above all, what I wanted to find out was whether I could be capable of coming back,” Lauda said in his 1986 book To Hell and Back. “If I could click back a little switch in my brain enabling me to change to a different level of consciousness. I knew that, if I could reach that frame of mind, there was no reason to be intimidated by the new drivers who had made their mark in the interim – Pironi, Prost, Villeneuve, Rosberg, Piquet, the ‘young lions,’ as they were known by the media. They would not have the edge over me.”

A test was arranged for Donington Park on Wednesday September 16. It was not a regular F1 test venue – Silverstone or Brands Hatch would have been more logical choices – but Dennis wanted to ensure as much secrecy as possible. It nearly worked. However, inevitably rumours circulated, albeit not fully accurate ones – that week’s Autosport magazine reported that Lauda was due at Donington to test a Brabham. Security guards were posted around the track to prevent the media from gaining access.

John Watson, Niki’s Brabham team mate in 1978, helped to set up the car, just three days after a huge accident at Monza had torn the engine and gearbox from the rear of his MP4. Then Lauda jumped aboard.

“After two years, you know, it was very nice to be back in a racing car,” he told Italian journalist Pino Allievi that week. “I enjoyed it, and actually felt quite emotional about it. But by the first corner I had forgotten the emotion. By then I was already a racing driver again, giving all my attention to controlling the car.”

He expanded on the feelings he experienced that day To Hell and Back: “The first thing I notice is that I don’t have the strength to drive three consecutive laps. I come into the pits after two and ask for something to be looked at.

“I am inwardly embarrassed at my shocking lack of condition, but not really worried about it because I know that Willy Dungl will have me as fit as any racing driver can be within a couple of months. Right now it’s a question of lasting out the day and gradually building up speed to the point where I can make a meaningful assessment. 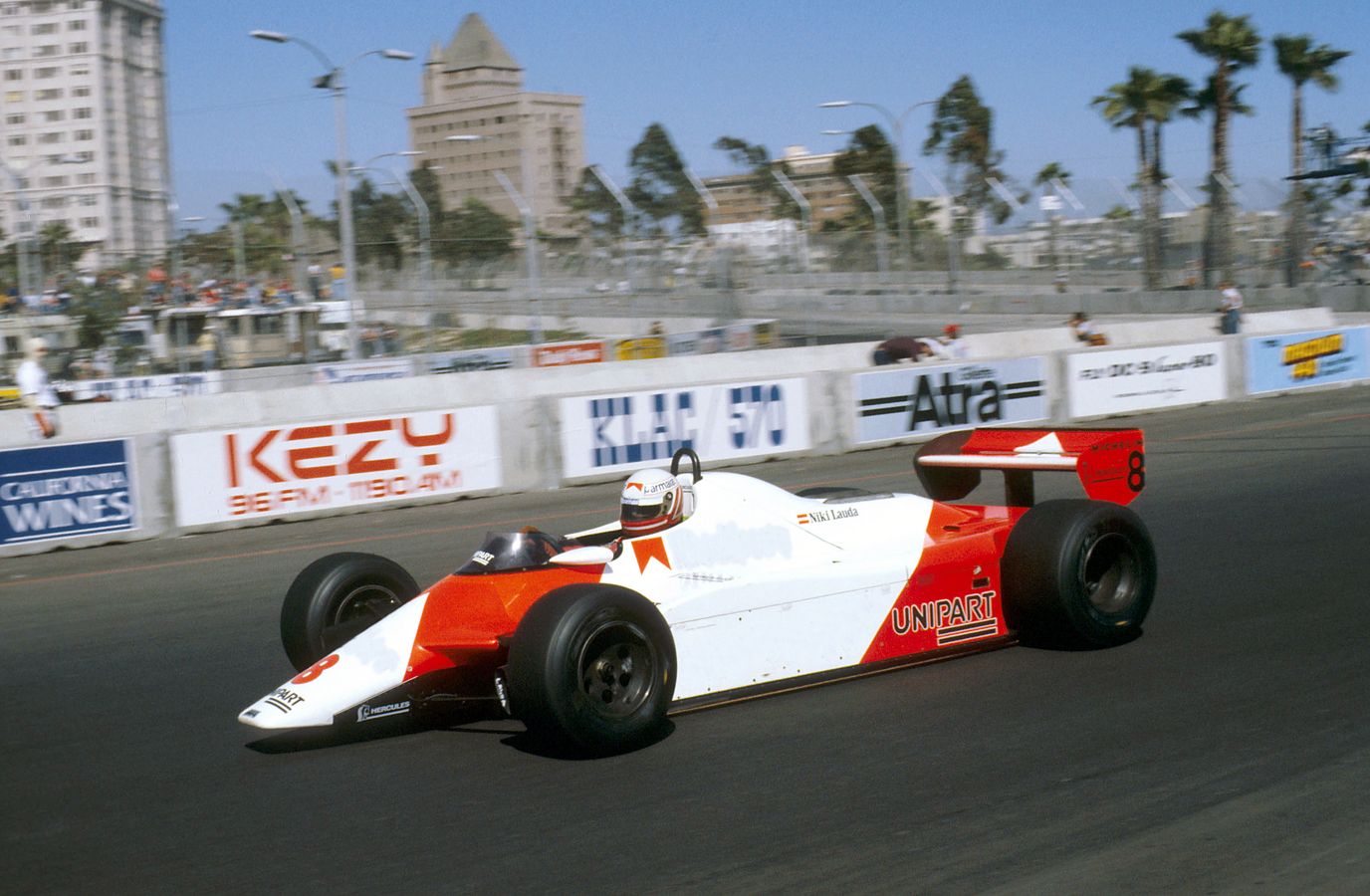 “By the afternoon I am handling the car a little better. I go for a couple of fast ones and am only a tenth off Watson’s best lap time. That settles it – if I do come back, I’ll have the speed.”

In total he ran 48 laps of a venue that he had not previously seen. Lauda returned to London that evening. Frank Williams had had the same thoughts about a Lauda comeback, and with Alan Jones retiring, he was searching for a new star. Presumably alerted by the Donington rumours, he pitched the idea to Niki, who said he’d think it over. At the time there were strong suggestions that Niki would also test for Brabham.

“Well it’s possible, but I don’t know when yet,” he told Allievi at the time. “If I do try the Brabham, it will not be until after the final race in Las Vegas. I shall probably be going to Vegas to watch the race, but I won’t be going to Montreal.”

He also hinted that a return really was on the cards: “Yes I think so. I’m satisfied that I could be competitive if I came back – as competitive as I was before I retired two years ago. We have to wait and see. I will say that I am very tempted to come back, yes, but I will make a decision in the next few weeks. I need some more testing before I commit myself one way or another. At the moment, it’s fifty-fifty.”

The reality was that he made up his mind soon after the test, and he told his wife Marlene that he was ready to return.

Curiously the first confirmation that Niki would be racing in 1982 came in early October via the announcement of a personal sponsorship deal with his longtime backer Parmalat – but as yet, he could not say which team he would be driving for.

“I still have the heart for racing and I feel I can make a successful return,” he said. “I will be starting from zero and I don’t think I will be immediately competitive. I have been away for two years, and the cars have changed a lot.”

Meanwhile stories circulated about lucrative comeback offers made to James Hunt and Jackie Stewart, which diverted attention from the Lauda story. As the world waited for confirmation that Niki would indeed go to McLaren, Ron Dennis was keen to dampen any speculation.

“I knew on the way back to London after his test day that he would make a comeback,” he told Autosport. “However, it will be presumptuous of me to say it will be with us.”

Indeed in the background Dennis was also talking to Gilles Villeneuve, and at one point there seemed to be a genuine chance that the Ferrari ace might return to the team with which he made his debut in 1977.

Notwithstanding any interest from Williams, McLaren and even Arrows, Lauda felt comfortable from the off with the idea of going to McLaren. Rumours were already circulating to the effect that Porsche might be working on an F1 turbo project that was destined for McLaren, and made fully aware of Ron’s future plans, Lauda clearly found that enticing.

There followed a discussion with main sponsor Philip Morris over how much he would be paid in 1982, and Niki cleverly pointed out that his PR value alone outweighed any question marks about his ability to return to top form on the track. A deal that worked for both parties was eventually concluded, although lingering doubts about Niki’s commitment ensured that the team had options to drop him if things didn’t work out. Confident that all would be well, Lauda agreed.

On November 12 he was finally announced as a McLaren driver for 1982, alongside Watson. The Porsche deal was also confirmed that day.

“I want a new challenge,” Niki said at the launch. “I never lost my interest in racing, and in the last few months it has been more and more on my mind. People say that comebacks never work out. Well, that’s another reason why I want to come back – to prove them wrong.

“How can I say how things will go? Maybe they’ll be good, maybe bad. Maybe I’ll finish up in the hospital. Who knows? But if I didn’t feel I could come back and be competitive, I wouldn’t think about it. For the past few weeks I’ve been training like hell, getting myself fit. After all I’m not a racing driver at present, I’m a pensioner coming back!”

Niki won 8 Grand Prix after his comeback, before retiring for a second time after the 1985 season 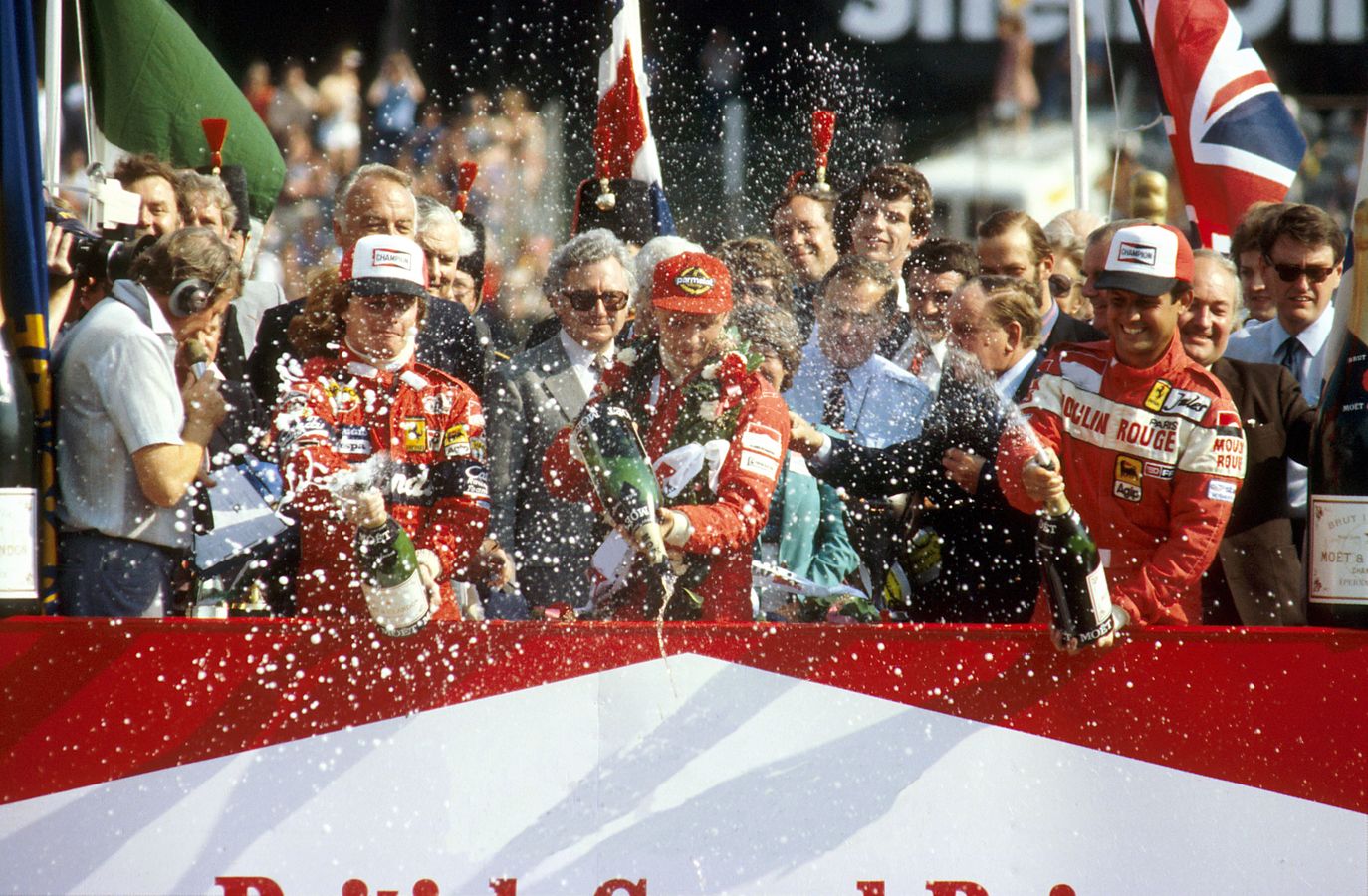 Niki won 8 Grand Prix after his comeback, before retiring for a second time after the 1985 season

“It’s not correct to say I am a fan of his – I admire his driving abilities,” a remarkably prescient Dennis told Autosport’s Ian Phillips. “I think the modern Grand Prix driver is more than just a talented individual who can climb into a car and drive around the circuit. I think he needs to be a much more computer-oriented person who needs to be intelligent and calculating.

“With due respect to the current drivers, a considerable quantity of them do not have the brain power to make a fundamental decision. That decision is to drive the car into the position it can attain on that day. If the car can come second, come second, don’t crash trying to come first. If it can come fifth, don’t finish 10th in it and stroke around. I think that’s where Niki’s strength lies.”

Lauda was back in action that week, running first at the Michelin test track at Clermont-Ferrand, and then at Paul Ricard – where a rear suspension failure led to a huge accident, a stark reminder of just what he was taking on. Niki was undaunted.

In January 1982 he signalled his return by spearheading the infamous drivers’ strike at the South African GP, and then finishing fourth in the race. Third time out at Long Beach he qualified second and won. Niki Lauda was most definitely back...

Part One: Getting to know one of McLaren's original employees