Bahrain, Baku, Barcelona and beyond

Bahrain, Baku, Barcelona and beyond

Having competed in two Formula 2 races in Barcelona, where he scored a pair of podiums, then spent two days testing our Formula 1 car, racking up more than 150 laps, it would probably be fair to call the last week a busy one for Lando Norris.

Thing is, for this 18-year-old, every week is a busy one.

Even now, after seven flat-out days, he’s back at the McLaren Technology Centre for a debrief and simulator session ahead of a flight out to Monaco for the F2 championship’s blue-riband support event around the streets of Monte-Carlo.

At least, the trip back to base gives our youngster a moment to breathe, and take a look back at the year to date.

Bahrain: A first at the first

Lando’s season started incredibly – victory from pole position in the season-opener at Bahrain immediately put him on the map. He followed it up with fourth place in Sunday’s sprint race to assert himself at the top of the championship standings.

Victory in the feature race wasn’t, strictly speaking, a fairytale debut – he’d made a one-off appearance in Abu Dhabi at last year’s finale, remember – but was no less impressive because of it.

“We held the pre-season tests in Bahrain,” explains Lando, “so we were more confident about unlocking our pace during the race weekend. During testing, whenever we identified a problem, we had the time and the running to focus on it and resolve it.

“Obviously, that opportunity has been more limited at the later races, but it meant I went into that first race weekend feeling very confident. I was able to get into a good rhythm in the cockpit, and I could break away from the pack a tiny bit each lap. It was a calm weekend, which suited me.”

On the podium in Bahrain 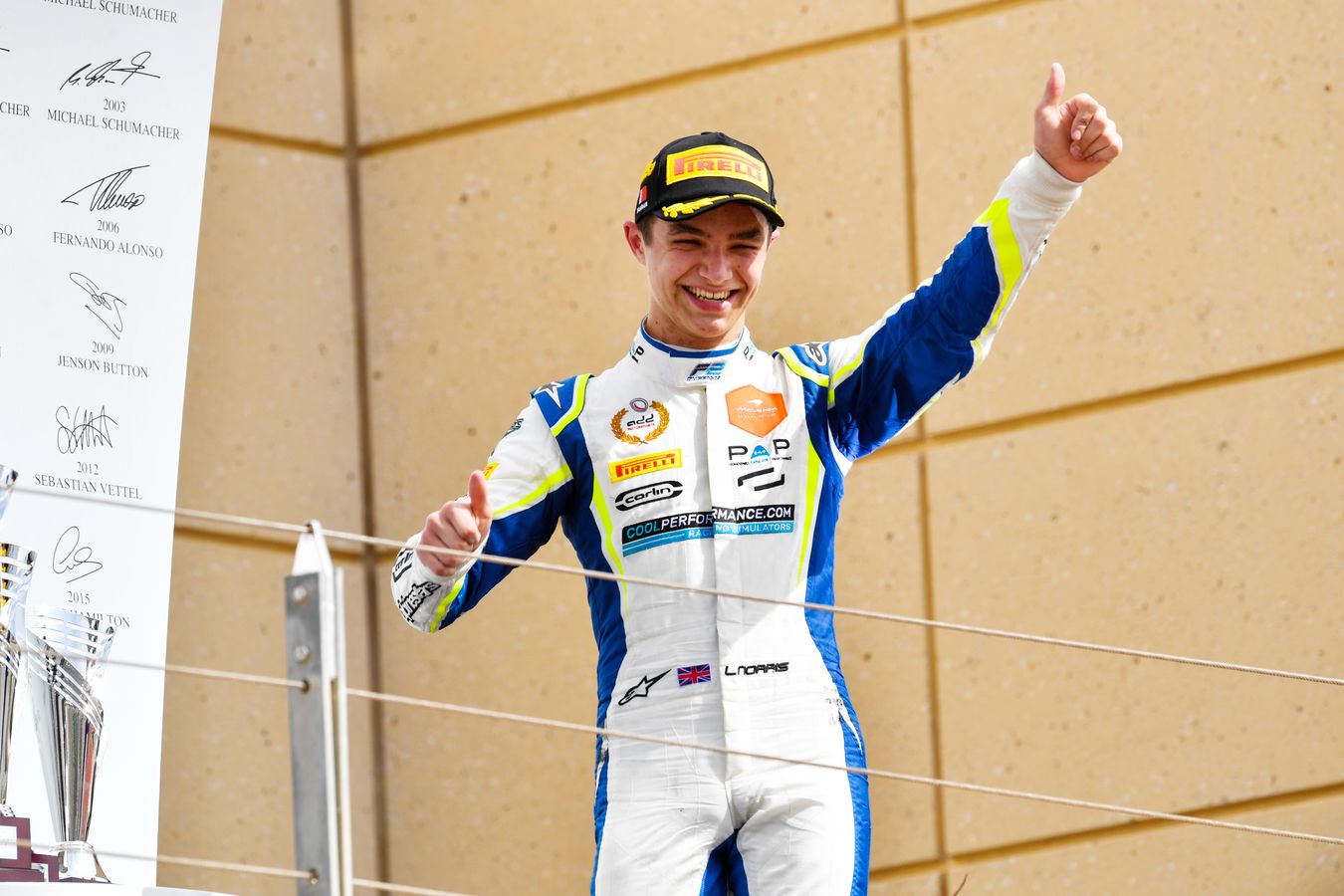 On the podium in Bahrain

The performance in Bahrain may have prompted onlookers to believe the transition from F3 to F2 would be seamless (Norris also won his first F3 race, in 2017), but it wasn’t so straightforward.

In Baku, he finished sixth in the feature and fourth in the sprint race to consolidate his position at the head of the championship. But the street track is a difficult one to master, and the racing tends to be so frantic and unpredictable – with drivers often suffering from the mistakes of others.

“We struggled with set-up a bit, and then I had a couple of problems in the race, “ he concedes, referring to his stall at the beginning of race one, which was followed by a climb back through the field that was not without incident, including a dodge at Turn One to avoid another car.

Parking up on the Baku grid 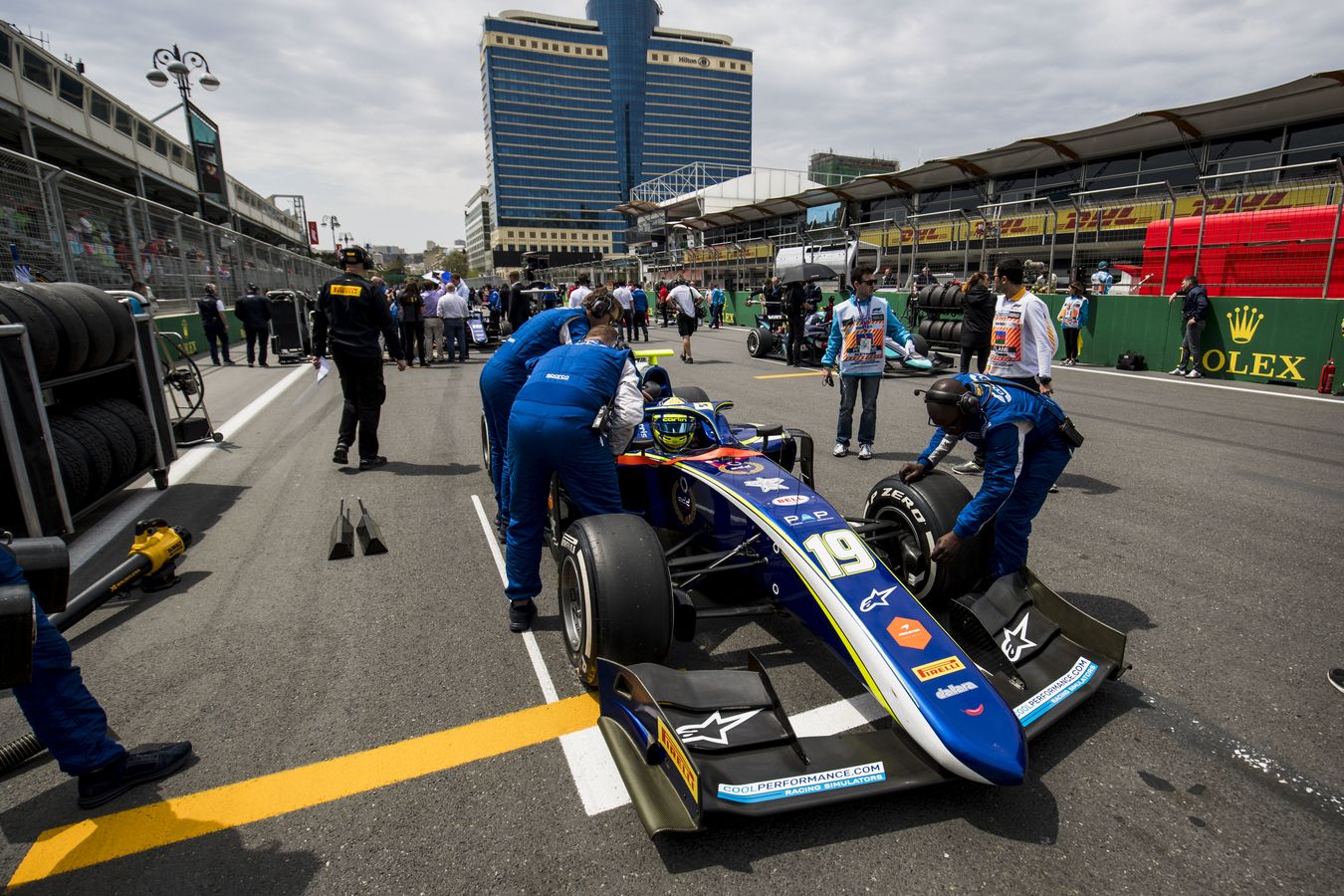 Parking up on the Baku grid

“I don’t think we necessarily had a problem in Baku, I actually think we had the second quickest car behind ART, but our performance was slightly masked by other issues. As a result of that, we went into Spain determined to get on top of those issues earlier in the weekend.”

The third round of the series, in Barcelona, saw another solid performance from Lando, even if – once again – by his own admission neither he nor the team quite unlocked their full potential.

“In Spain, the racing itself was good,” he says. “I didn’t have the strongest race pace, but two third positions was a good result, and on-track I think I did a much better job. I was always going forward in the race.

Raising a trophy in Barcelona 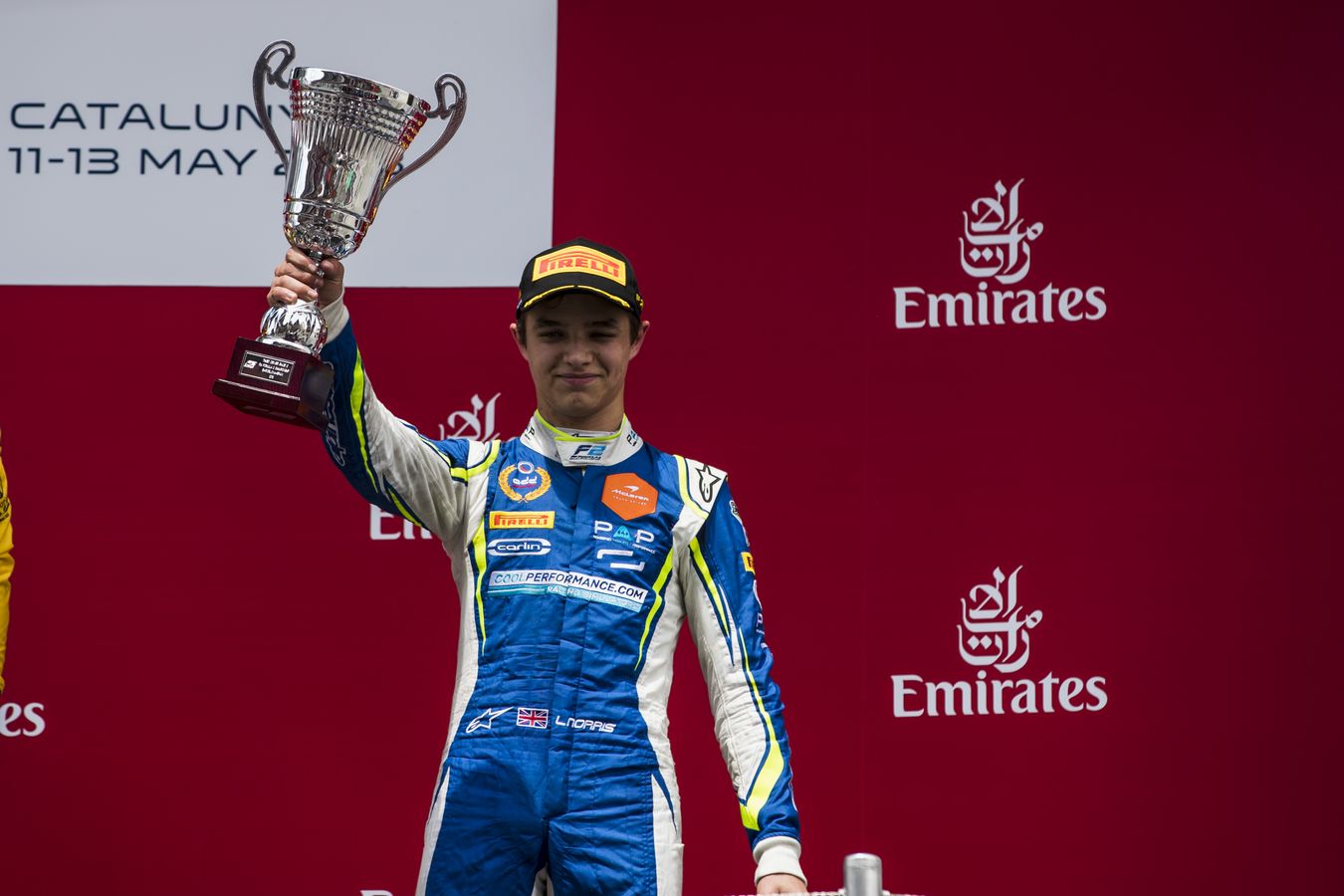 Raising a trophy in Barcelona

“By the end of the weekend, we had a much better understanding of the car. We’ve now got a clear idea of which areas to tackle to try and improve performance.”

Despite leading the championship, Norris is critical of his own performance.

“I tough on myself because I feel that I need to do a better job,” he admits. “The potential is there, I just need to put everything together. Yes, there are drivers in the field with more experience, and who have done more races on the Pirellis, but if I’m to be considered among the top drivers, I need to be getting the job done.”

It’s an unforgiving view, but revealing of the intensity of his own expectations.

In Monaco this weekend, he’ll doubtless be looking to underline his progress with a strong result – and his confidence was doubtless helped by a couple of enjoyable and promising days behind the wheel of the MCL33 in Barcelona last week.

Lando was in the car for both days of last week’s post-Spanish GP test.

On the opening day, he was running in the Pirelli tyre test car, using the older MCL33 aero configuration, and unable to adjust the set-up as the engineers concentrated on gathering data for the Italian manufacturer. Despite a brief trip through the Turn Five gravel, that yielded a productive 76 laps and a 10th quickest lap of 1m20.996s.

The following day, he was on official test-driver duty, running with the aero upgrade and able to tweak and adjust the settings throughout the day. He ended the day third overall, with a best time of 1m18.039s and 80 laps under his belt.

Testing with the team 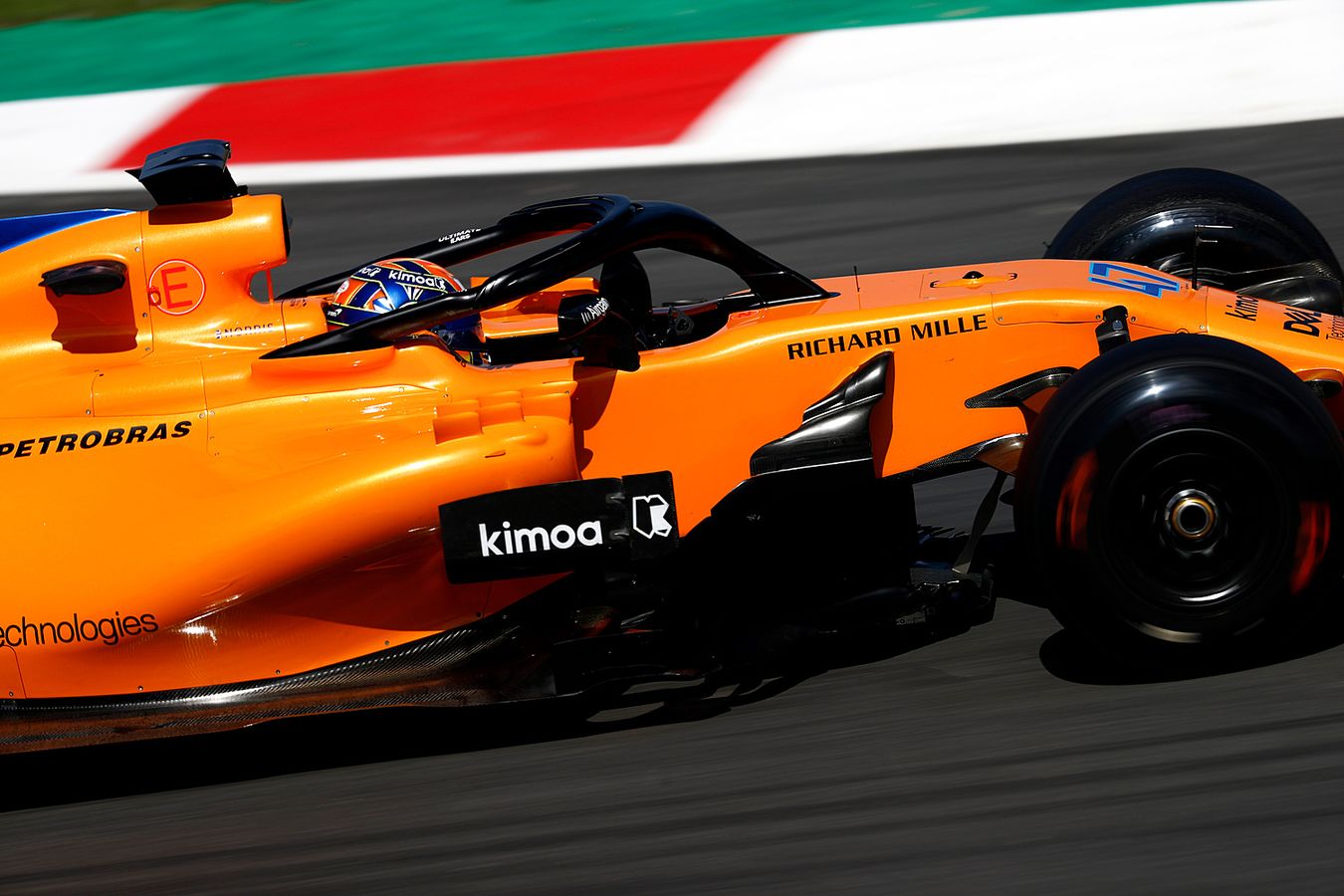 Testing with the team

“The Pirelli test was fairly intensive tyre development work,” he admits, “but on the second day, I got to drive the updated car and change the set-up. I could definitely feel the difference between the two bodywork packages. The push-laps were the most fun – that’s when you could really feel the speed, the grip and the downforce.

If there’s anybody who can feel quite comfy quite quickly in a racing car, it’s Lando…