A championship like no other: Mark Grain's Extreme E debrief

We faced unique challenges in our XE debut, but ended the year with a new trophy in our cabinet

A championship like no other: Mark Grain's Extreme E debrief

We faced unique challenges in our XE debut, but ended the year with a new trophy in our cabinet

In August 2021, Mark Grain visited Greenland ahead of us signing up to compete in Extreme E. It was the third round of the series' first-ever season. Mark has more than 25 years' experience at McLaren, but went in with no idea of what to expect from XE, and without any prior off-road experience. What he saw left him in no doubt that he would have a massive job on his hands, if we joined the series.

Eighteen months on, we've not only signed up, but competed in all five rounds of the 2022 campaign and finished fifth, even scoring our first podium. Mark's initial assessment wasn't wrong, though, he has worked within our Le Mans-winning project team, the Formula 1 team and the INDYCAR team, but this was amongst his greatest, and most unique, challenges.

Following the campaign's conclusion, we caught up with Mark on his return to the McLaren Technology Centre to debrief and find out why, as well as looking ahead to the 2023 campaign and whether a championship challenge might be possible. 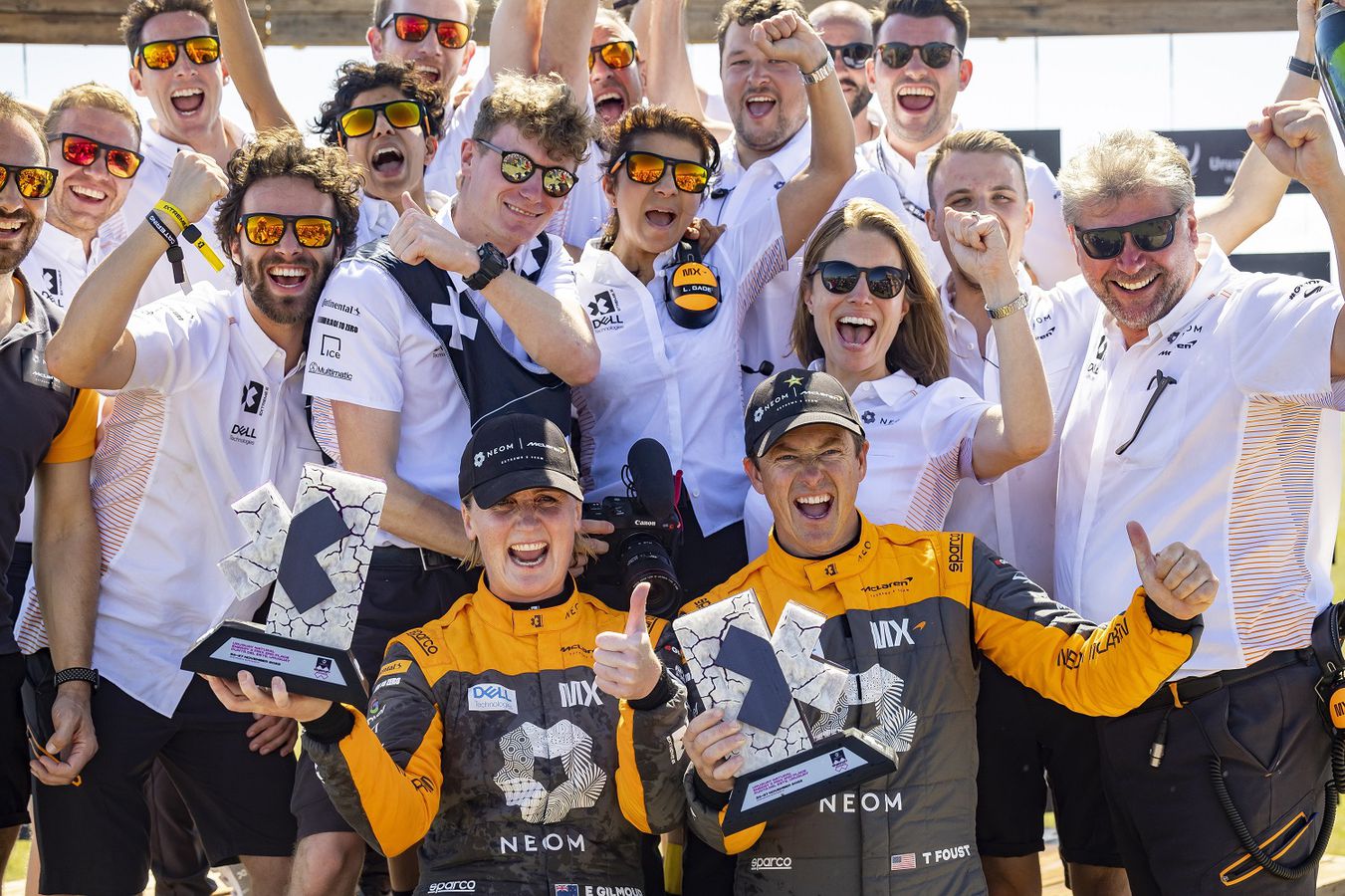 Congratulations on your first podium. How much did that mean to the team?

The podium was a reward for everybody's hard work in pulling everything together, including the two drivers who needed to learn to work together and gel as a pairing, up against competitors who had a year's head start on us. Getting a podium felt fantastic, it felt like a win, it really did. It was a proud moment for us.

We had come so close previously, but missed out due to bad luck that wasn't of our own creation, such as in Saudi Arabia, or through penalties, like in Chile. We were competitive in both of those events and could have gotten better results, so getting a podium before the season ended was a rightful reward for all of the hard work.

Looking at the season as a whole, would you say it met or exceeded expectations?

It's met expectations. We set the bar high at McLaren, so I would not say that it exceeded expectations. We knew it was going to be a tough year, and if you think that this year's champions, X44 Vida Carbon Racing and their partners, are a very successful team that have got multiple off-road championships in their trophy cabinet. So, we were up against some really tough competitors, but hats off to them.

You don't want to be successful because you've got weak competition, so to go up against the teams we were up against and perform as we did, was great. There are areas to focus on next year, but this season, as our first year, met expectations. It would have been great to have been on the podium a couple more times, but we've met our expectations and built a really solid platform to help us move forward. 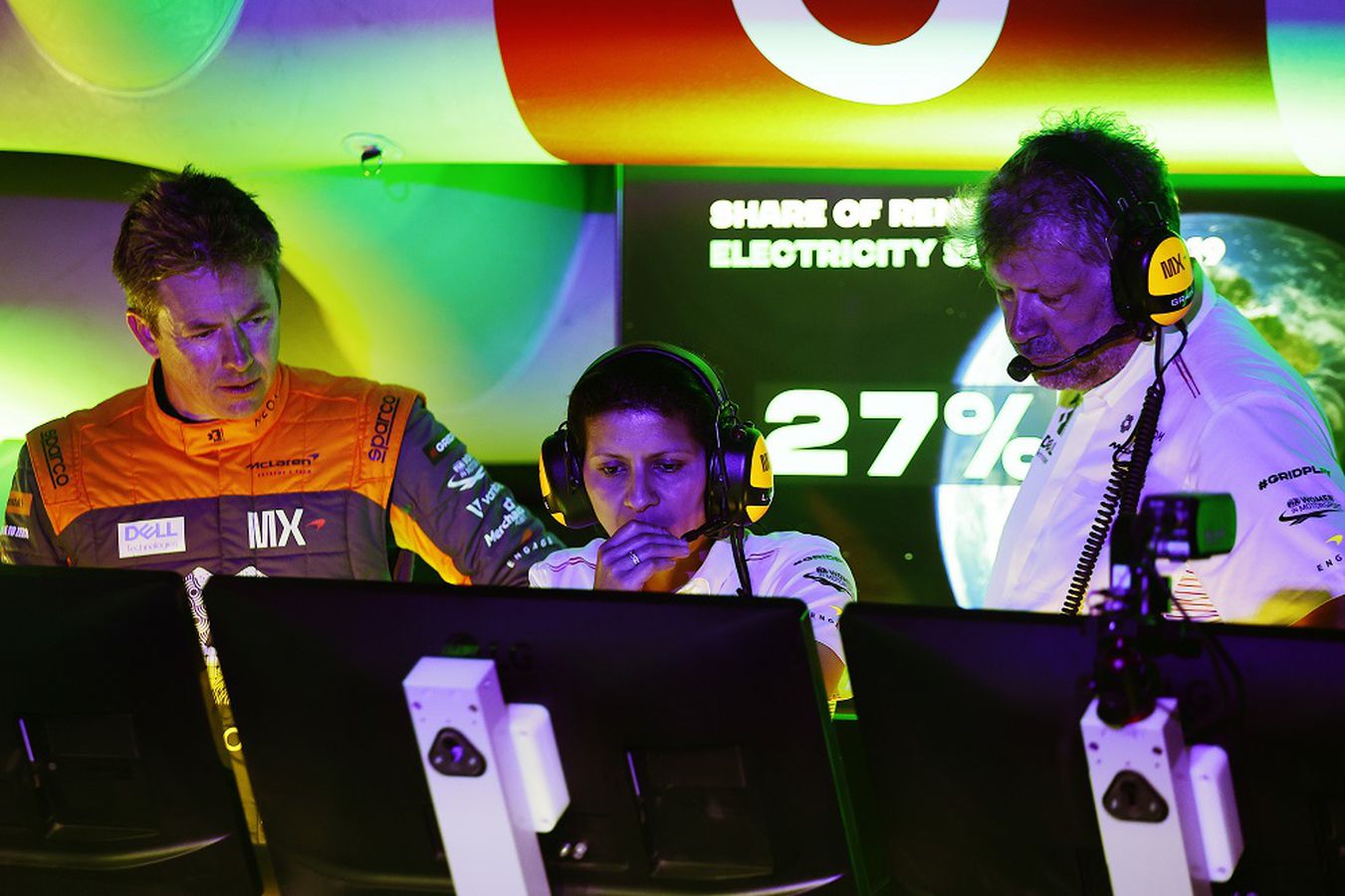 This was McLaren's first foray into electric racing and rallying. How challenging was that, and how does it differ from what we've done in the past?

It was a real challenge, and that is why the building of the team that I mentioned earlier was critical. McLaren is nearly 60 years old, but we've only ever raced on tarmac, so being on the dirt and the sand was a big challenge.

We've also got people on the team with circuit experience, such as Leena Gade. She has won the 24 Hours of Le Mans, and knows what it takes to win big events and how to handle pressure. Whatever way I look at the challenges and how we overcame them comes back to the people involved in the team we selected and built. Those people led to us being competitive and finishing on the podium in Uruguay.

How hard have those people worked to continually improve your package, both in the lead-up to the season and during it?

We started in October 2021, and we had a deadline of December 2021 that we had to meet to compete in the first race, and during that time, we had to build out the team, the equipment and go testing. There were some long days and nights in there.

I think the pinnacle of that was in Sardinia, which was a double-header, so two races in quick succession in the same place, and I think that was one of the best team efforts that I have ever been involved in, in what has been a long career. We rolled and destroyed the car and had to build a new car in time for the next race. That rebuild took everybody, and not just operations and engineering, but even people from the social media and the commercial teams to the photographer. Everyone helped out, cleaning parts and doing whatever they could to finish the rebuild in time, which was fantastic.

It was a similar situation in Uruguay, where we had an accident through nobody's fault, where the car rolled over because the circuit gripped up and caught everyone by surprise. Again, everybody pitched in and got the car rebuilt in time for the next session, which is a massive credit to the team.

There have been many challenges, but everyone has risen to it. Another challenge is the fact that the races are so infrequent because you've got to stay focused and arrive at the next event on it, even though you've had a long gap between events. It is important to push your performance forward and improve during that interim period. 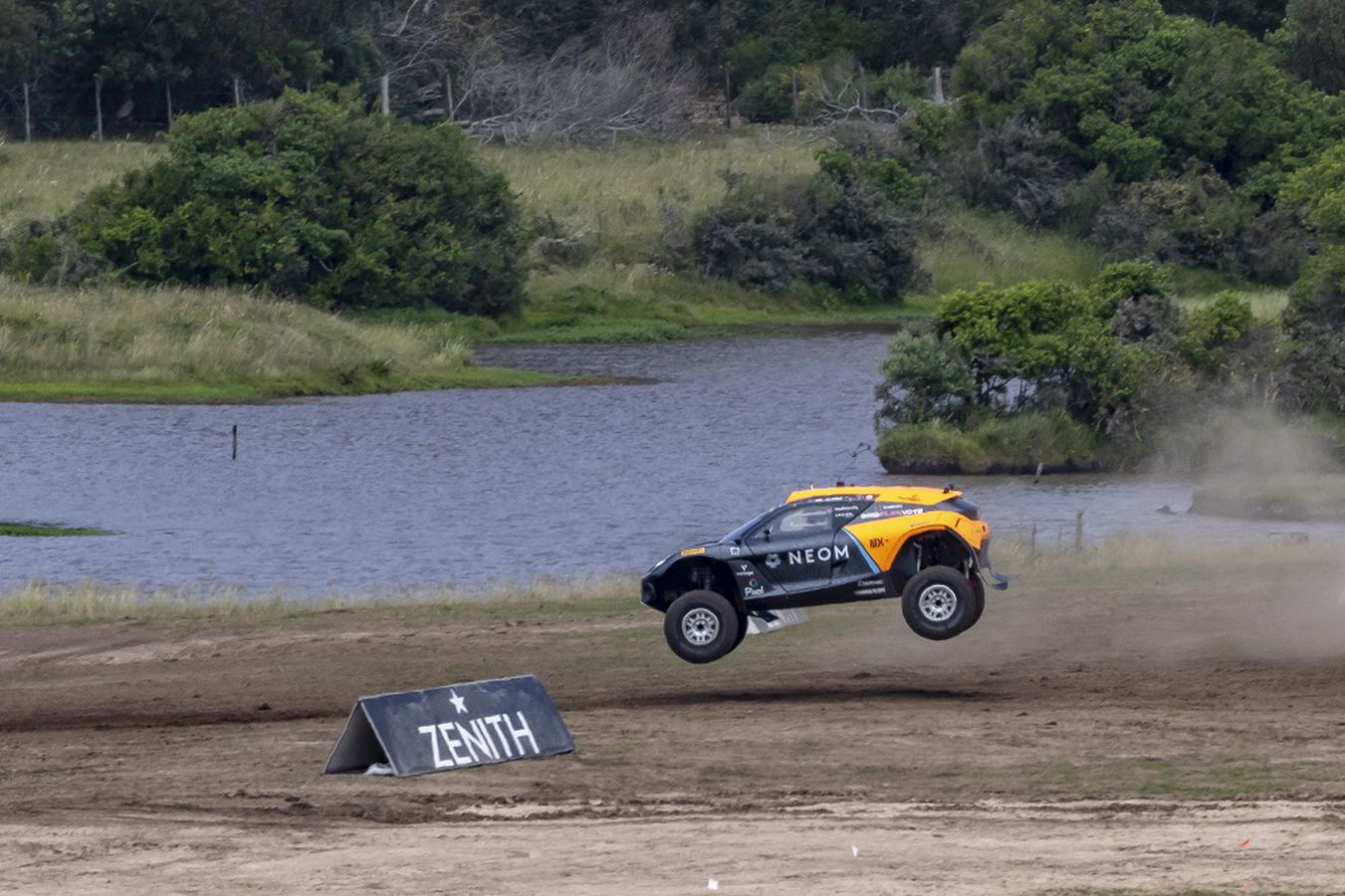 What have we learned this season that we can take into 2023?

We started the season with a car of a different specification due to a significant change to the car's suspension after Saudi Arabia. Since then, we've accrued a lot of data that has been studied and reviewed in great detail.

The engineering team of Leena and Teena have now got a much better understanding of the car, of the power deployment and how you split the torque between the front and rear axles, amongst other things, such as the subtleties of EV racing and this particular car, and that has given us a really solid platform to build from.

We now have a great understanding of the car aerodynamically and of the suspension. A lot of great research has been done, and the work flows really well now. We now know the fastest ways to make changes and repairs, and we’ve been finessing all the processes. For example, you only get a very limited freight allowance on the ship, so we've stopped taking some equipment we thought we might need, but actually do not. Team operations will be much more refined from next year.

And crucially, we've got two drivers who have now spent the maximum amount of time in the car through our testing and racing programme, and they will both be carrying on with us next year and carrying over the experience. To be able to welcome them back next year is fantastic - hopefully, we can get a win with them.

How competitive do you believe we can be next season? 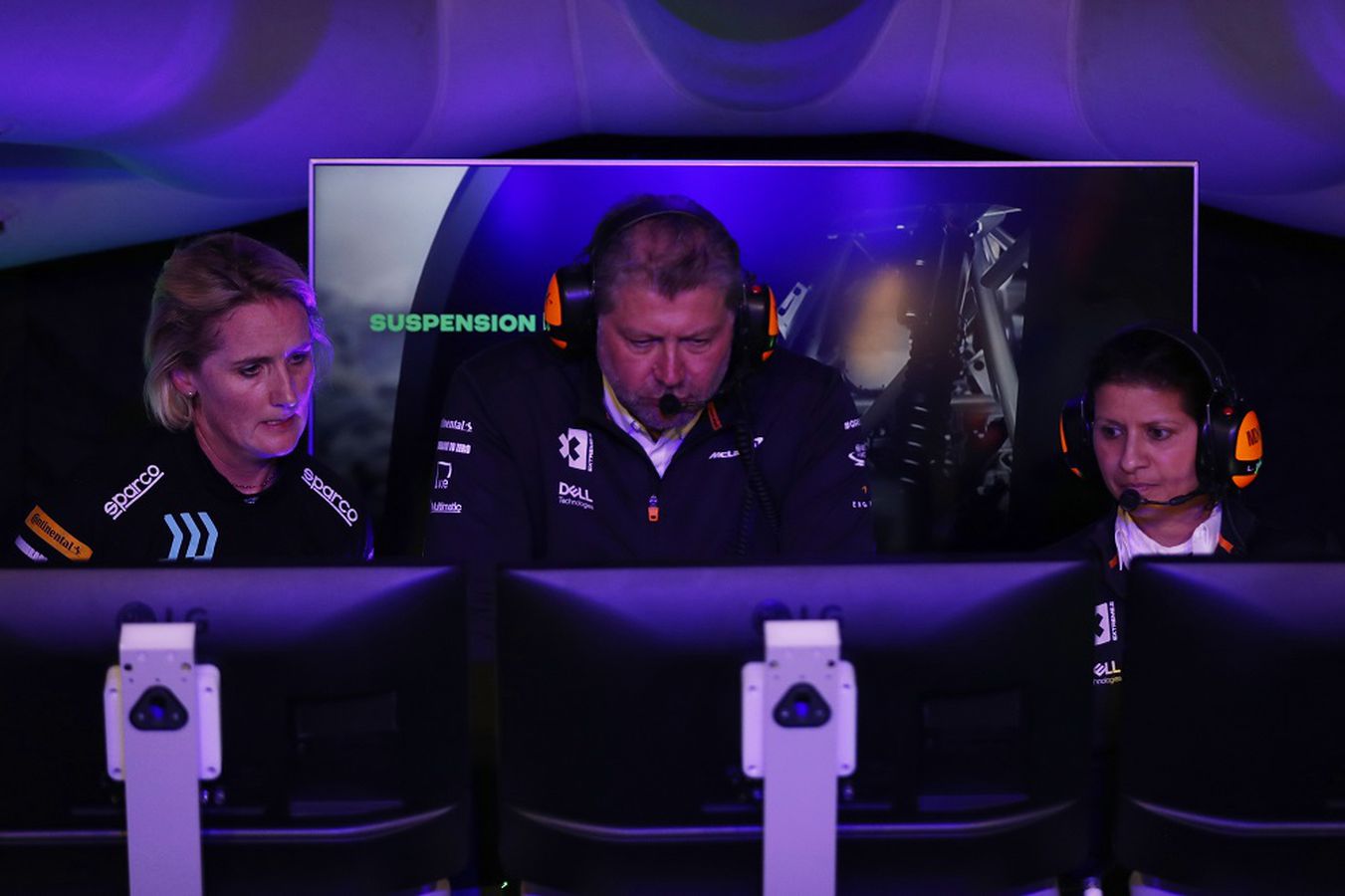 What is so special about Extreme E and what value do you believe it adds to McLaren racing as a whole?

Extreme E has got a very unique place in motorsport: the requirement to have a male and female driver is a first, no series has ever done that, and sustainability is right at the heart of the series. The potential of the championship is huge. The format has ignited people's imagination, and fans are desperate to watch it, so if we can get even more races, I think that would be fantastic for the championship.

On a personal front, how much have you enjoyed this season?

Immensely so. We went to Greenland in 2021, and it was freezing and the cars were quite unreliable. It was quite the experience, especially for somebody who has only ever raced cars on tarmac previously. So that was like,' wow, we've got a huge challenge.'

To have been given the opportunity to build the team out, to work with these talented people, and to go racing in a series that is a real first for McLaren, is incredibly rewarding. On top of that, the success we enjoyed, in the semi-finals, and in the crazy races, and with the podium, is fantastic. To have worked with these great people and had the on-track success that we did has been very, very satisfying.