Three grands prix in three weeks. A triple-header in Formula 1 presents a very different kind of triple threat. This weekend’s Austrian Grand Prix marks the final leg of the first triple-header of the 2021 season, so we caught up with Piers Thynne, McLaren Racing Executive Director, Operations, to understand how the team has risen to the challenge.

When we caught up with you earlier in the year, you explained how January and February are the toughest months for the production team. How does this part of the season compare when you're in the thick of a triple-header?

Building a new car and getting ready for the start of a season is always tough, but triple-headers bring their own pressures. We’re pushing upgrades as fast as we can, while monitoring stock levels very carefully and having to adapt plans due to part attrition. Attrition has presented us with some challenges for the France-Styria-Austria triple-header: we’ve had to manage some front wing and floor attrition from the Azerbaijan and French Grands Prix.

Managing attrition is never clear-cut. Some parts require a lot of forensic analysis to understand the extent of the damage: whether they’re scrap or can be recovered. And even if they can be recovered, you have to consider whether it’s worth it based on the time and resource required to carry out the repair to put the part back into service.

They say that no plan survives first contact with the enemy and although we carefully plan for a triple-header, just as we do for any race, that plan often has to be adapted. This is true of our plan for the first triple-header of the season, but we’ve still been able to bring the right amounts of stock to the track including six of each critical component, such as front wings and floors, and delivered the upgrades planned for deployment in France and Austria.

McLaren F1 Team Principal Andreas Seidl has recently talked about how keeping strong momentum operationally, with good reliability and the management of spare parts, is key to overcoming the unique challenges that back-to-back races present. Can you explain what the challenges of a triple-header are and how the team overcomes them?

First and foremost, reliability is everyone’s job. Every member of the team has a role to play in ensuring the car, as well as all our systems and processes, are reliable. In the production team, we have our own operational championship battle, where we’re aiming to deliver the right parts, in the right quantities and at the right time throughout the season to ensure we’re always giving the drivers the best car we can.

Of course, when you’re planning ahead you can play out the Doomsday what-if scenario and end up giving yourself a bit of headache by saying, ‘Well, what if we lost two front wings in Azerbaijan and another two in France and then another two at the first race in Austria? Where would that leave us for the final leg of the triple-header?’ Admittedly, that’s a risk, but you have to be realistic about the probability of that happening. You could make 20 front wings, for example, and you’d be certain you’ll have enough for a triple-header, but the likelihood is you’ll never use many of them and they would quickly become out of date as an older specification. 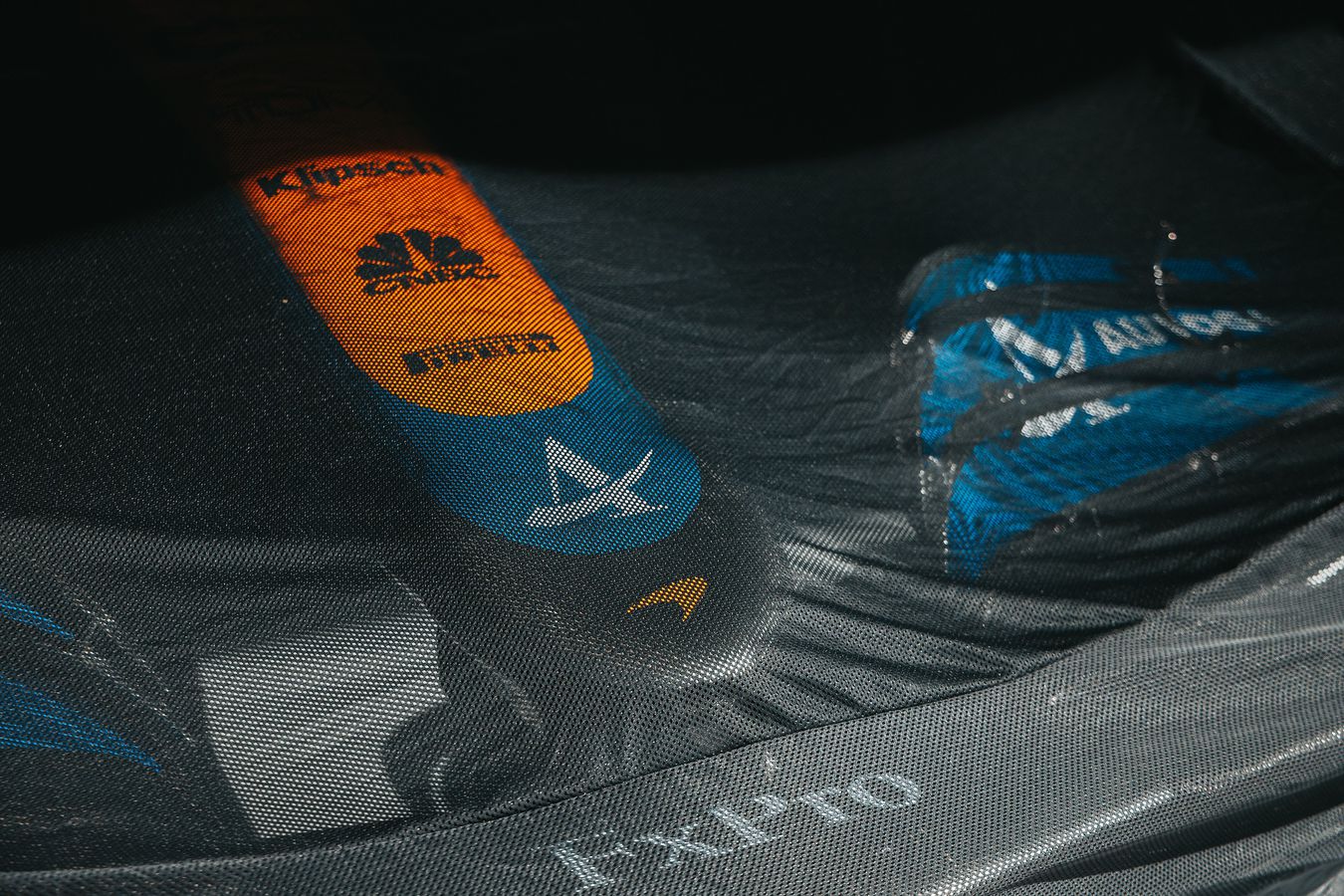 It’s a constant balancing act between making sure you always have enough parts and not having too many parts. You have to find that balance and doing so relies on the experience and knowledge of the circuits you’re going to race on and the likelihood of incidents, as well as being able to manage project teams and key workshops so they have enough flexibility to react and adapt should plans need to change quickly. It’s all underpinned by great people and the right processes.

The Red Bull Ring has a reputation as a destroyer of front wings, floors and diffusers. With two of the three races that make up this first triple-header of the season taking place at the Ring, is there a greater chance of running out of parts?

Our intention is to deliver the best performance that we can to allow both drivers to compete and to never run out of parts. We always have a fall-back option and hold something in reserve because we can never be in a position where we can’t leave the garage due to missing a part. However, we can’t be greedy with parts because we have the cost cap to think about. We don’t have infinite resource and it takes great collaboration across the team to deliver the optimum quantities. Deciding on stock levels is based on discussions between myself, the director of programmes and the senior trackside team – and pragmatism is definitely the overriding theme!

How does the need for spare parts, and potentially repairs, impact the team under the cost cap? You’ve previously spoken of the importance of not spending time and resource on anything that isn’t needed. How do you find the right balance between having enough spares and capacity to produce new developments and upgrades for the car?

The cost cap has driven us to be as lean as possible, which is a good thing because if you're lean it forces you to be agile and very quick at what you do. Our quantities have been reduced to the minimum that we can get away with, while still delivering the best performance that we can. At the end of the year, we look back at how many parts were unused and if everything has been thoroughly used then we know we’ve spent our money wisely. 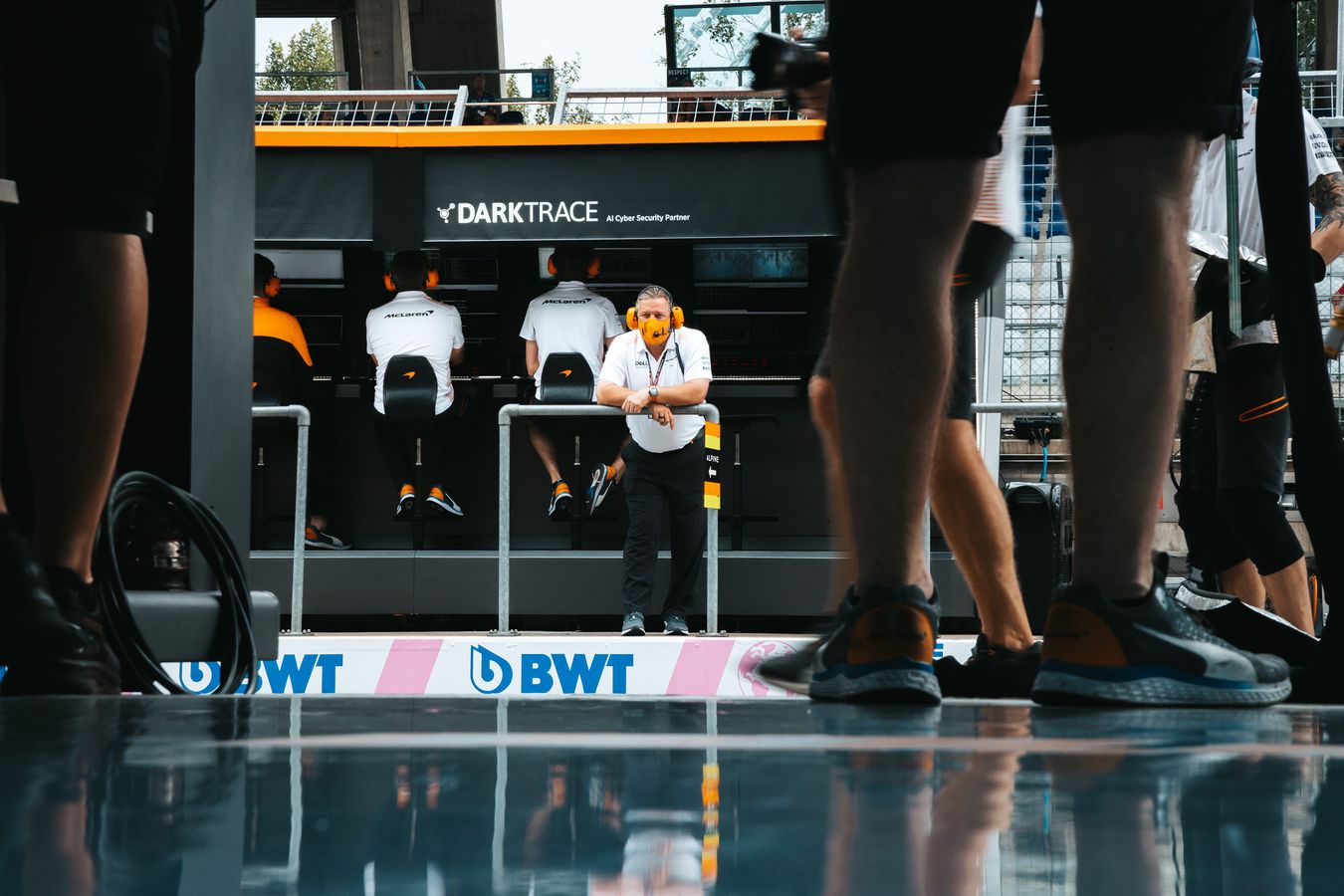 When there’s an upgrade coming, we scale down production of what will be the old spec, so you might only have four of a particular specification of part and two of the new specification in service at a race weekend. When you deliver an upgrade you don’t deliver six brand new parts at the same time, you scale the current, soon-to-be old, specification part back and phase the new one in. This is where the pragmatism comes in, as the race team must decide when and how they will use which parts and factor this into their run plans.

Speaking of upgrades, how much more is there in the pipeline for the MCL35M? How much of the production team’s focus has shifted to the 2022 car and how do you decide when to make that switch?

Deciding when to make the switch is very difficult. It’s something Andreas, James Key, Andrea Stella and I have been debating for some time. There are a number of factors to consider, like where you are in the championship battle and what stage you’re at with work in the wind tunnel. With wind tunnel time now regulated, there will come a point where we don’t want to devote any more of it to the MCL35M, so we can focus entirely on the MCL36.

Regarding next year’s car, we already have MCL36 test parts in manufacture, as well as components that require a longer lead time to manufacture such as the chassis and gearbox casing. As the architecture of the MCL36 continues to evolve, we’re developing lots of parts for wind tunnel testing. To maximise the performance opportunities you need multiple wind tunnel models, which means our additive manufacturing team and aero machine shop are very busy delivering various iterations of parts for the wind tunnel.

The demand on the car during a triple-header is one thing, what about the demand on our people? How do you keep them motivated and physically and mentally healthy during these intense periods of the season?

This is a huge focus of mine and the rest of the management team. We want to ensure that every member of the team feels not just supported but supported in the way that best suits them. We’re doing our utmost to balance the health and well-being of our people with the demands of very intense periods in the season. For example, we’re building flexibility into shift patterns so that intense periods of work are balanced with clear periods away from work, so our people can get proper downtime. We’re also running regular webinars on mental health, optimal ways of working, and how to combat fatigue and build resilience; all of which are important when dealing with the demands of F1 but also the challenges of covid-19 which are having an impact on us all. 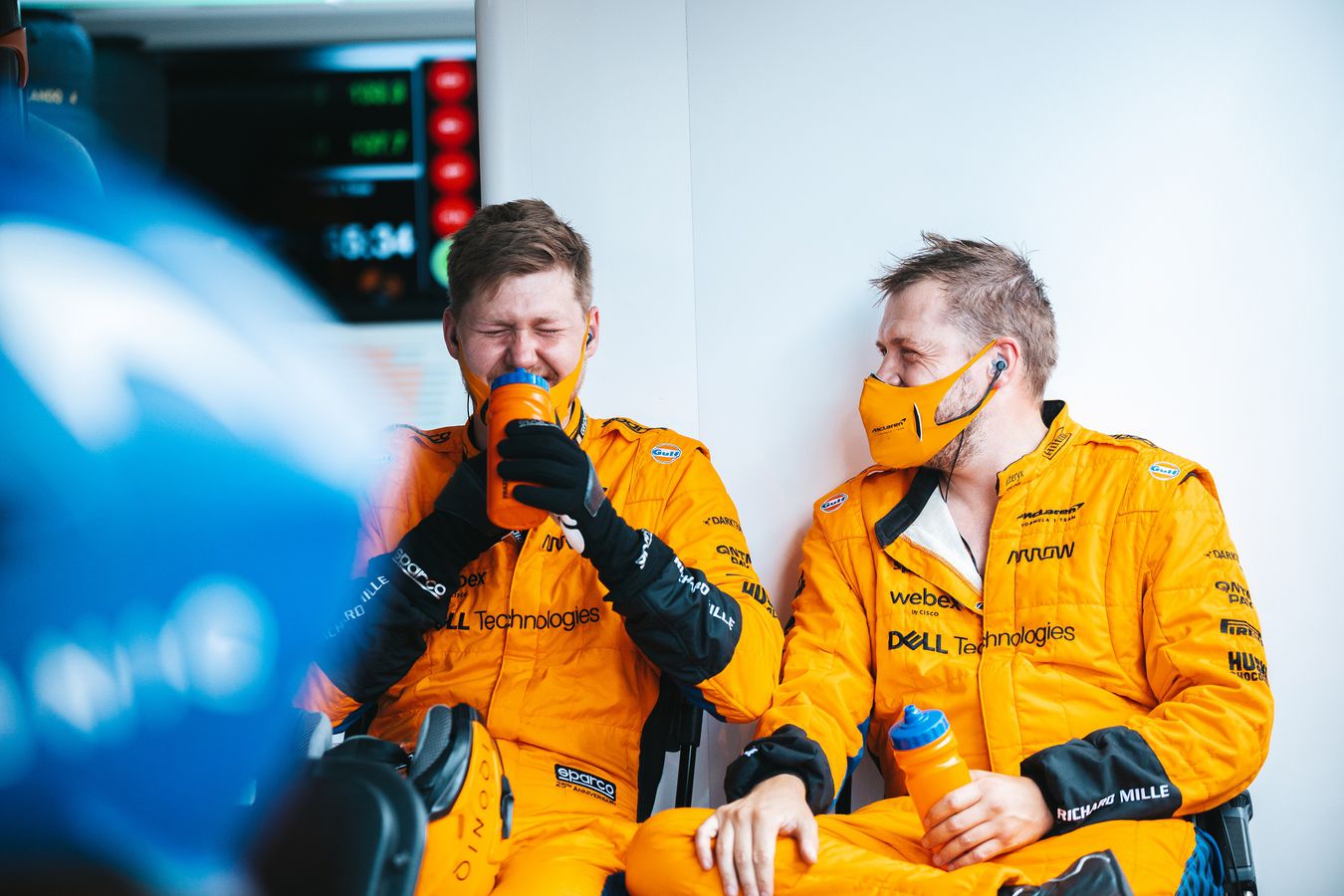 In terms of motivation, it’s important not to underestimate the impact of what’s taking place on the track. We’re in a close fight for third in the Constructors’ Championship, our pace is competitive and, as we proved at Imola and Monaco, podiums aren’t out of the question. All of us at McLaren can see and feel this and there’s a momentum that comes with it. It really drives us. And at the McLaren Technology Centre, we know that if we can win the operational championship – providing Lando and Daniel with the best car that we can at every grand prix – then we have a great chance to achieve our on-track objectives this season.

A weekend of mixed emotions at the Styrian Grand Prix