Up to the test

Up to the test

“It’s not the amount of testing you do, it’s the way that you do it – that’s what gets results,” says Dr Nick Parkinson, Assistant Scientific Director at Systems Biology Laboratory (SBL).

His words sound suspiciously similar to those sung by pop group Bananarama in the 1982 hit single ‘It Ain't What You Do…’, but this mantra has been central to the success of McLaren’s covid-19 testing initiative. The highly skilled team at SBL – a not-for-profit research lab founded by Director Mike Fischer CBE – carried out 5,000 covid-19 PCR swab tests for McLaren last year which, combined with McLaren’s strict procedures and Formula 1’s own testing programme, helped ensure that not a single member of the team tested positive for the virus at the track in 2020 following our return to racing in July. What’s more, this was done without reducing testing capacity available to public health authorities and the initiative funded SBL’s NHS emergency testing service for GP surgeries.

“The FIA appointed a commercial testing company to carry out all the testing trackside, but it also allowed teams to work with other companies if they wanted to carry out further testing to complement the FIA initiative,” says Parkinson. “That’s where SBL came in: since June last year we’ve provided supplementary testing for McLaren.” 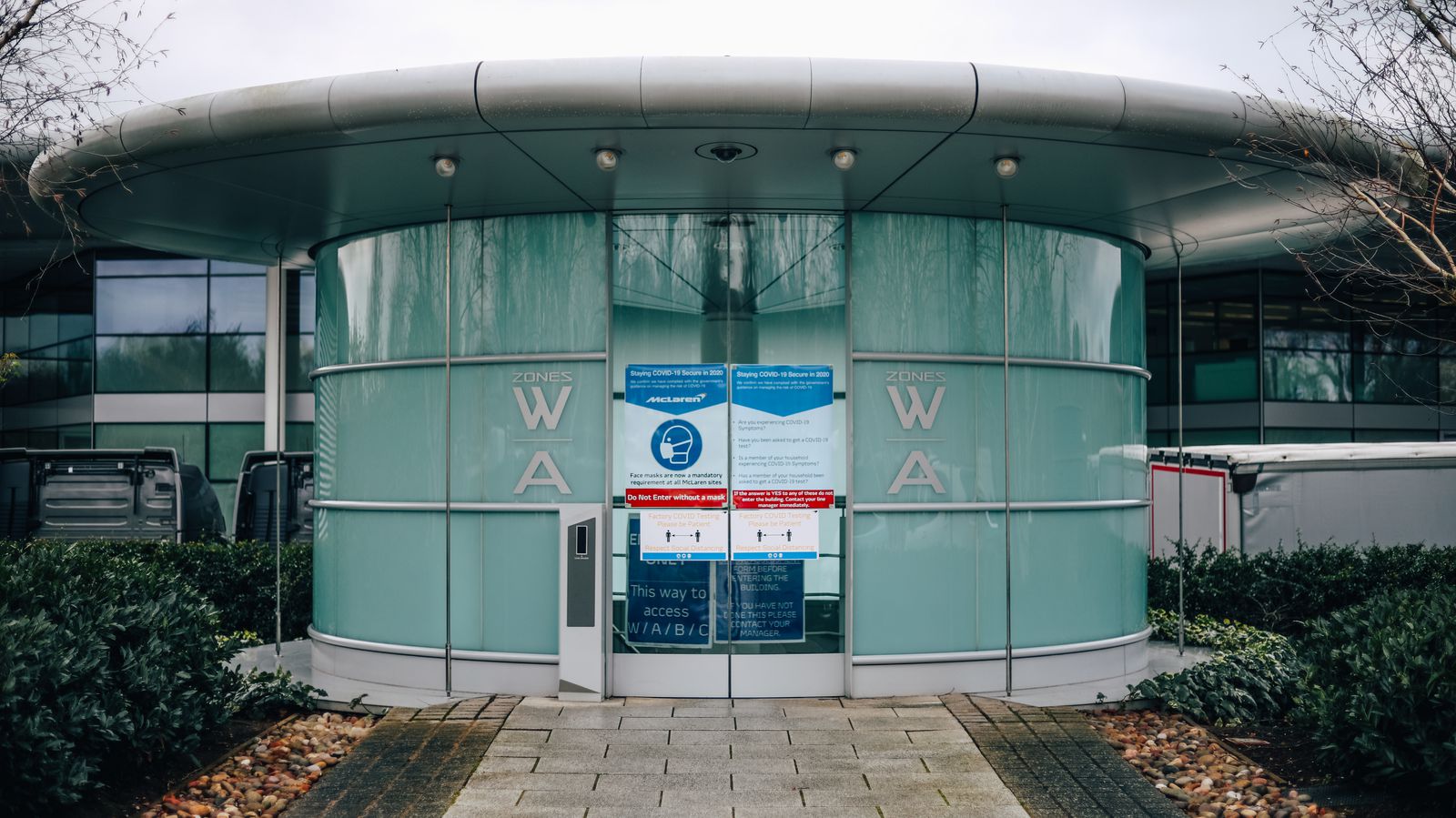 “The McLaren initiative was aimed at making the team’s testing programme even more robust and the best way to do that was for us to regularly ‘pre-test’ every team member, to filter out anyone who was positive for covid-19 before they even did a test trackside. Think of us as the first line of defence.”

Going the whole season without anyone in the team testing positive for covid-19 at the track was a remarkable achievement and testament to the work of SBL, as well as the protocols put in place to keep our people safe and the commitment of our people to adhere to them. “Covid-19 had a huge impact on the way we went racing,” says McLaren F1 Racing Director Andrea Stella. “Working together with Formula 1 and the FIA, we defined and implemented a range of mitigation policies and protocols to protect against the virus; SBL’s support and expertise were invaluable when developing these guidelines to safeguard our people, both at the track and back at the McLaren Technology Centre.

“The speed and accuracy of SBL’s testing meant that we could rapidly identify and isolate any team members before they could spread the virus to other members. On several occasions, we needed the small team at SBL to work weekends and process a large number of tests in incredibly short timeframes; they rose to the challenge every time and have played a pivotal role in enabling us to go racing.”

Time is of the essence

Despite the success of the initiative, there were some anxious moments admits Parkinson: “There was one instance where we had to take swabs from every team member as they boarded a plane to fly to Austria for the first round of the season. Within an hour these swabs were transported via courier to our lab in Oxfordshire, and then we had to get all the tests processed and the results back to the team before the private charter had landed. We did it with four minutes to spare and, crucially, this meant the team could disembark safe in the knowledge that they were all negative for coronavirus and were good to go racing.”

In F1, speed is king; the same applies to testing for covid-19 and Parkinson’s anecdote highlights one of the strengths that sets SBL apart. “It takes us less than half a day to turn a covid test around, whereas commercial testing providers take around 24 to 48 hours which is a considerable amount of time for people to spread the virus,” he adds.

“Because we do everything manually, a highly skilled team of three can turn tests around a lot quicker. Once we’ve received the swabs in the lab it usually takes us four hours to provide a result but, as instances like Austria prove, we can do it even faster if we really need to expedite the process. Running the tests doesn’t take much time, what does is the logistics of getting the swabs into the lab, handling them and then getting the results out. As you scale up, all these parts of the process take longer. We do everything in-house, which means we have control over the whole process and can speed it up as much as possible.” 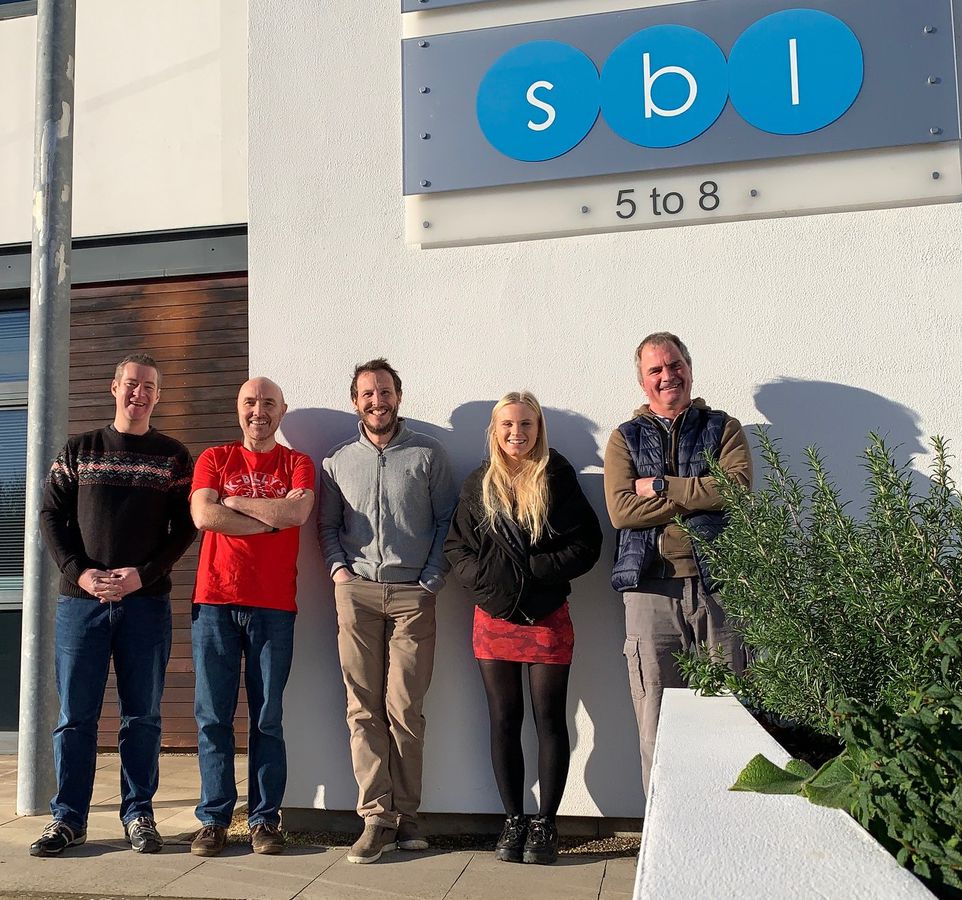 Prevention is better than cure

We’re all familiar with the adage ‘prevention is better than cure’ and, at this moment in time, there’s arguably no better way to prevent a virus that has the ability to spread through the populace like wildfire than by isolating those who have contracted it. However, the key is to isolate them before they even suspect they might be infected. It’s about getting ahead of the game and speed is essential.

“Our approach has been very different,” says Parkinson. “We’ve been testing everybody in the team, whether they’re symptomatic or not. It’s called surveillance testing and it’s the best way to prevent the virus spreading. We look for a very small percentage of people who have only just contracted the virus – and obviously those who have had the virus for longer or are asymptomatic. There’s a small window of opportunity – three to four days – after someone has contracted the virus, before it’s multiplied enough in the body to start giving them symptoms and make them infectious, in which isolating them makes a real difference.

“There have been several occasions when we’ve caught team members just in time and in this window. For example, one was about to get on a flight and we were able to get them isolated before they began their journey – potentially preventing a wider outbreak in the team.” 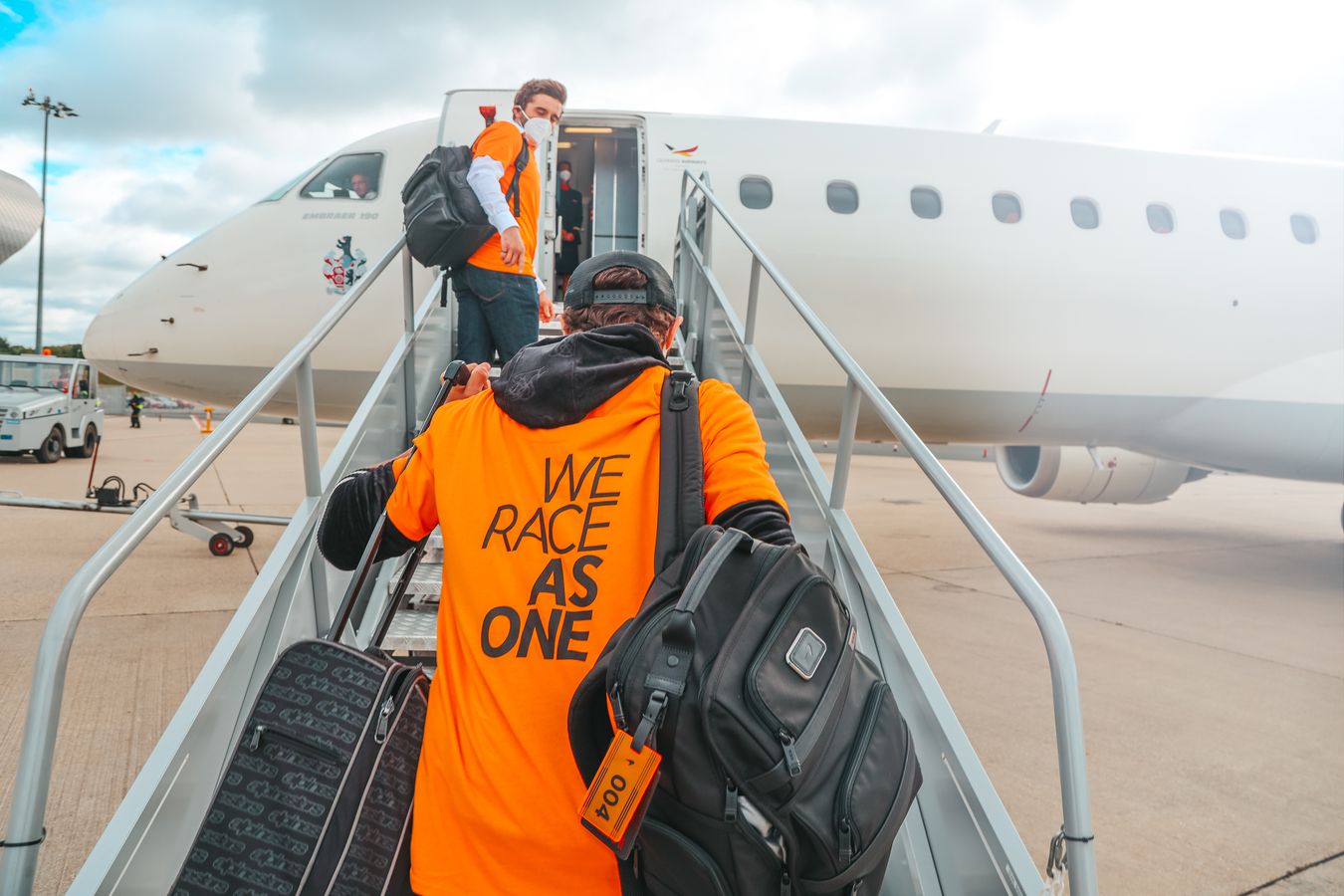 But Parkinson is keen to add that speed is only part of the puzzle: “The other strength of our testing is its sensitivity. There’s no point in having a fast turnaround if your test is only capable of identifying the virus in those who have already become highly infectious. The test needs to be incredibly sensitive, so it can pick up very small amounts of the virus. To do proper surveillance screening and prevent the spread you need to be fast, and your tests must be highly sensitive. There aren’t many organisations that can do that.”

A helping hand to the NHS

Helping to keep team members and those in the F1 community safe wasn’t the only benefit of the McLaren initiative. We were careful to ensure that the service SBL provided us didn’t impact the testing capacity available to public health authorities. Furthermore, the testing cover supplied by SBL to the team helped the NHS in the fight against covid-19. “We came to an agreement where the amount we charged McLaren covered the cost of its testing provision, but it was also enough to allow us to fund our NHS emergency testing service for GP surgeries which, crucially, meant we could provide the service for free,” explains Parkinson.

“Providing such comprehensive testing cover to McLaren has been a huge task for our small team at SBL but we’ve relished the challenge. We’ve been made to feel part of McLaren from the outset. It’s been incredibly rewarding to help keep everyone in the team safe during the pandemic, but also to know that the McLaren initiative has ensured others have had access to covid-19 testing – something that every GP surgery we’re working with is immensely grateful to McLaren for.”

What does it take to produce a Formula 1 car during a global pandemic?

Listen to our 2021 challenger come to life