McLaren is back in the winner’s circle.

And, before you ask, yes, we did watch the same Portuguese Grand Prix as you. Eight hours after Lando Norris and Daniel Ricciardo crossed the finish line in Portimão, and some 4,830 miles away at the Texas Motor Speedway, Pato O’Ward secured his first career INDYCAR win and Arrow McLaren SP achieved its first win since the formation of the team at the end of 2019.

With five top-three finishes to his name, three of which as runner-up, since joining Arrow McLaren SP as a full-time INDYCAR driver in 2020, it’s not presumptuous to say that Pato’s trip down victory lane was a matter of when, not if. But, as is so often the case in elite sport, it’s one thing to be in contention for the win and another to actually do it, especially when your opposition is the likes of Andretti Autosport, Chip Ganassi Racing and Team Penske – teams which boast formidable driver line-ups and winning pedigrees. As Arrow McLaren SP president Taylor Kiel puts it: “We are trying to break through and race with the teams that have more championships than years we’ve been in the business. That's a big river to cross and we are working on it.” 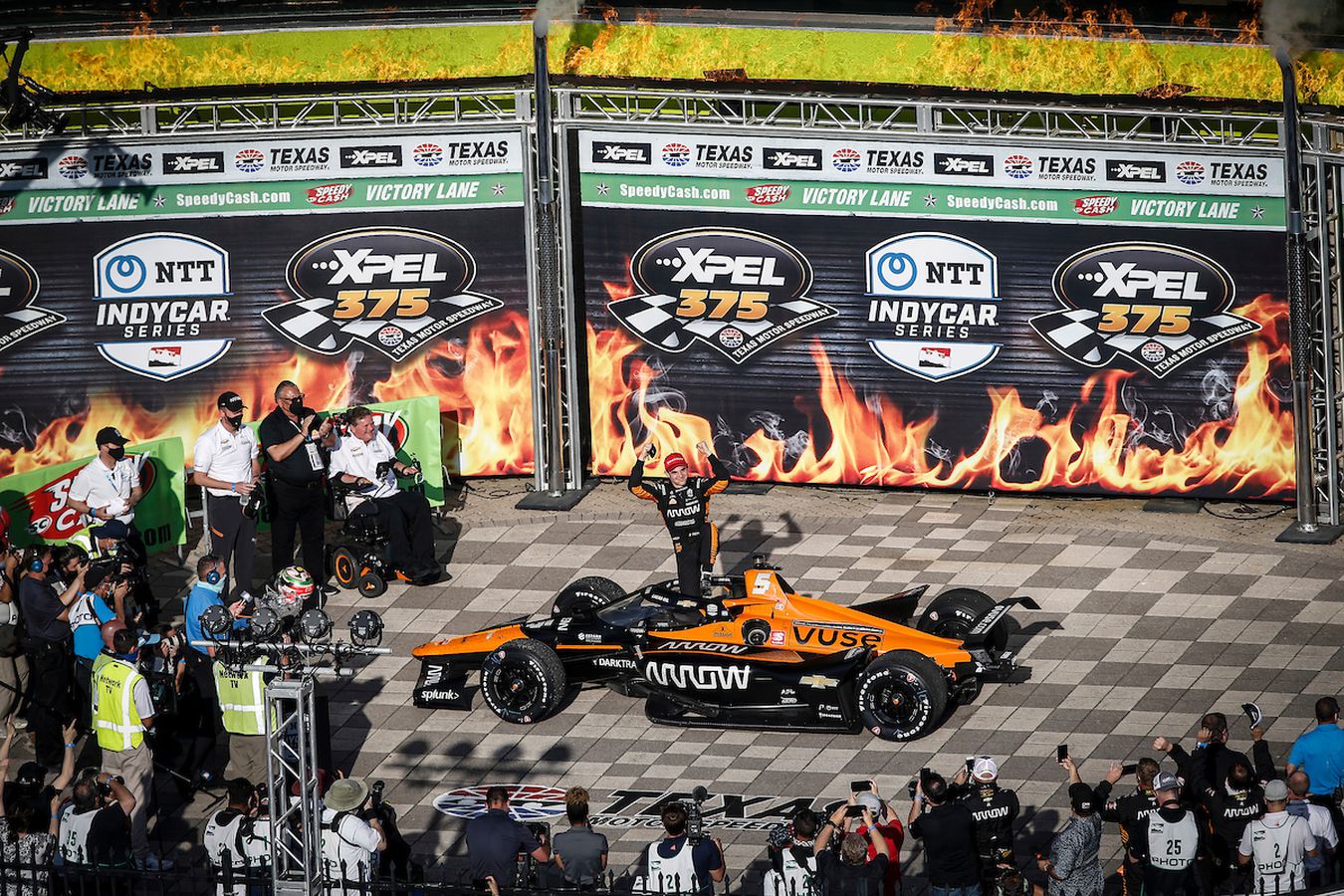 But the way Pato races suggests he’s not intimidated by the might of his rivals. Early in the race, the 21-year-old was locked in a battle with INDYCAR champion Will Power. As Pato attempted a pass, he dipped down onto the flat apron on the inside of Turn Three which dramatically unsettled the car. Right there and then, it could have been race over but his hands were lightning fast at the wheel. A deft flick of opposite lock may not sound like much but at 200 mph it’s everything.

Pato wasn’t just knocking on the door of victory, he was looking to smash it off its hinges. He was the aggressor and he timed the race-winning move perfectly in the closing stages. He passed two-time INDYCAR champion Josef Newgarden with a dive down the inside of Turn Three and once he was out in front he never looked back, swiftly putting daylight between them on the way to the chequered flag. 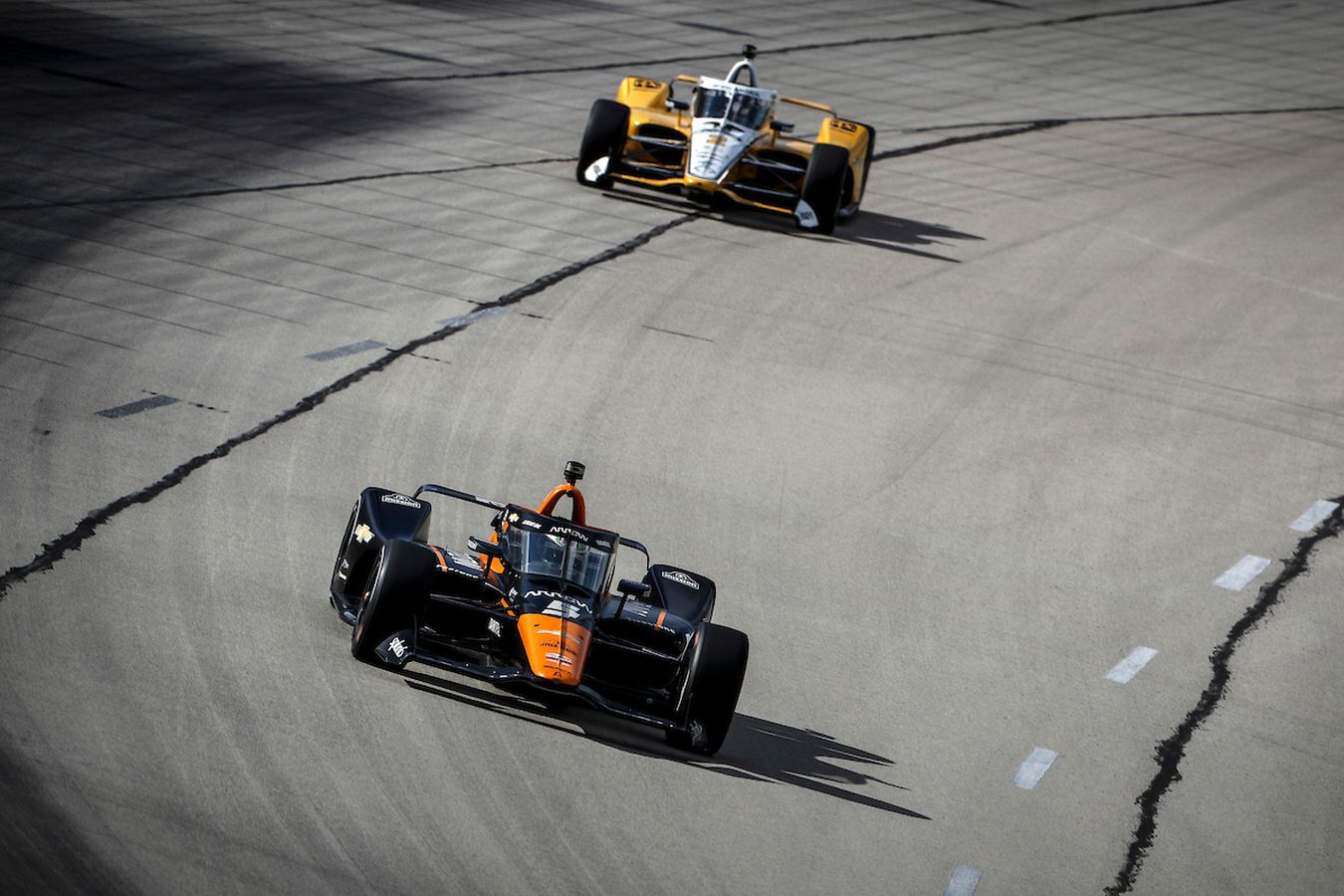 Quite simply, he sent it.

Victory at Texas Motor Speedway was significant for many reasons, with it effectively being a home race for the Mexican and the scene of his Arrow McLaren SP debut. “It’s really special to get our first win where our journey started a year ago. Texas is very close to my heart and is the closest I will have to a home race this year, so it’s amazing to win here,” said Pato – who becomes the first Mexican driver to win an INDYCAR race since Adrián Fernández in 2004.

However, Mexico’s 17-year wait for an INDYCAR win is nothing compared to that of McLaren: 42 years have passed since Johnny Rutherford won for the team at Atlanta Motor Speedway on 22 April 1979. Affectionately known as ‘Lone Star JR’ due to his Texan roots, Johnny was behind the wheel for all our INDYCAR victories and it was fitting that he was at the track to cheer home another star – a star that’s most certainly rising. 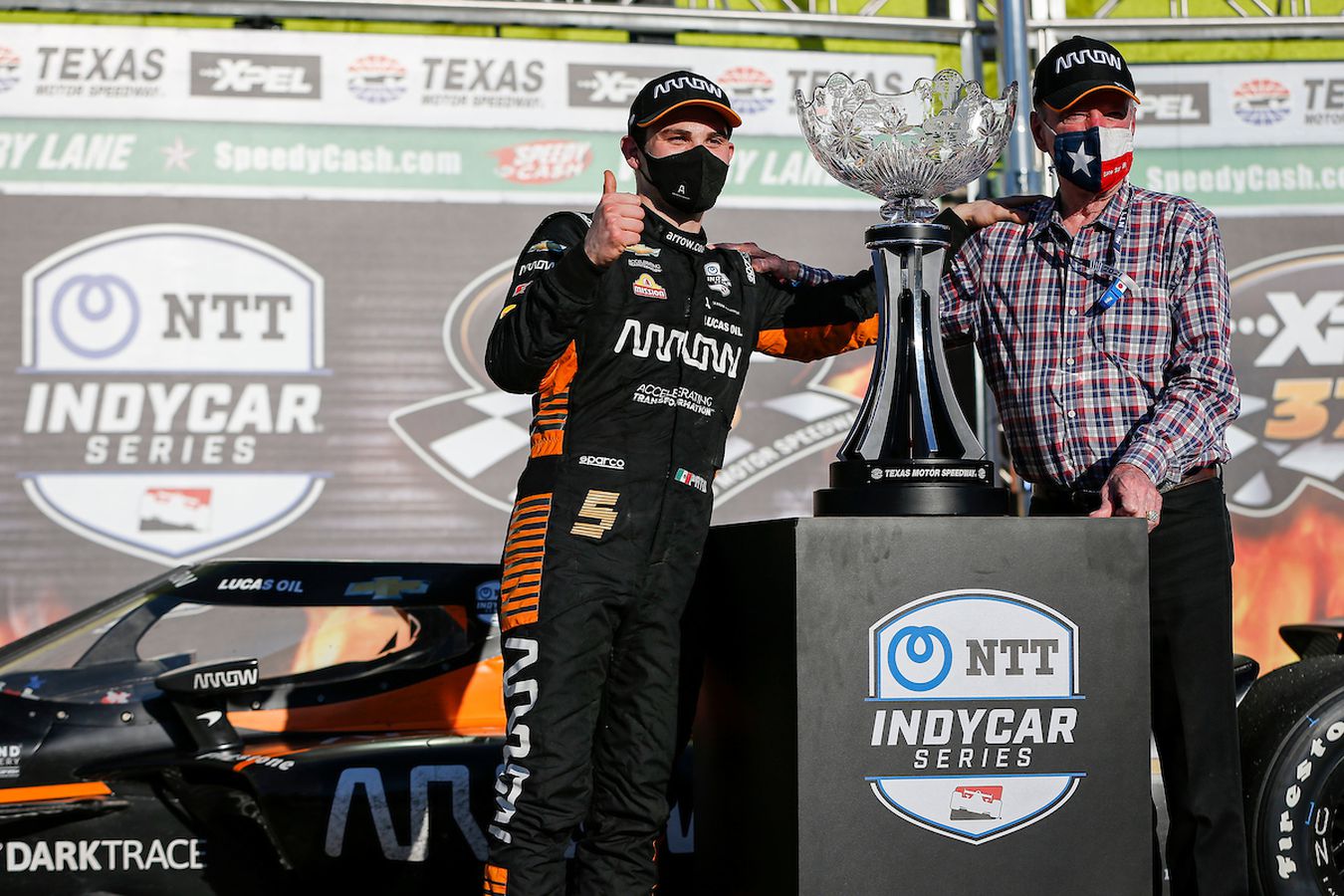 If a prized place in the annals of McLaren history alongside Johnny wasn’t enough, Pato’s win means he’s kept up his end of a deal with McLaren Racing CEO Zak Brown, who promised him a run in a McLaren Formula 1 car at the Abu Dhabi F1 test in December if the 21-year-old bagged an INDYCAR win. It’s sure to be a fantastic way to end what is already shaping up to be a memorable season, but there’s plenty more racing before then. Victory is the perfect fillip for the team as we enter the Month of May, where ‘The Greatest Spectacle in Racing’, the Indianapolis 500, awaits.