“The main goal is to get the two big cookies that are available to us.”

No, we didn’t interview the Cookie Monster by mistake. And no, we haven’t been watching too much of The Great British Bake Off – OK, maybe we have… just a little. We can assure you that these were indeed the answers Arrow McLaren SP driver Pato O’Ward gave us when we caught up with him at the McLaren Technology Centre. It’s just very clear that, after scoring multiple NTT INDYCAR SERIES wins and fighting for the title in 2021, he’s hungrier than ever before.

Two wins; five podiums; leading the championship; fighting both for the title and Indy 500 victory. How do you reflect on your 2021 campaign, Pato?

I think we can be really proud of what we accomplished. OK, at the end of the season we didn’t get the big cookie we wanted, we missed out on the title, but it’s important to remember what we actually set out to achieve at the beginning of the year. The main goal was to get our first race win and then, if we could, get more wins on top of that and pole positions, and give ourselves a shot at winning the championship come the season finale at Long Beach. There was no feeling of, “Oh, we need to win the championship.” We just wanted to put together a campaign that gave us a shot, and in the end, we were one of only two teams that realistically had a shot at it.

We checked off every box we wanted this year. We were just missing a bit in terms of consistency. When we were good, we were very good, but when we struggled, we struggled. That’s where I think we need to make a step next season: turning those 14th- and 15th-place finishes into top-10 finishes will make a huge difference come the end of the season.

Would you say that’s the biggest learning from this year, the importance of consistency? 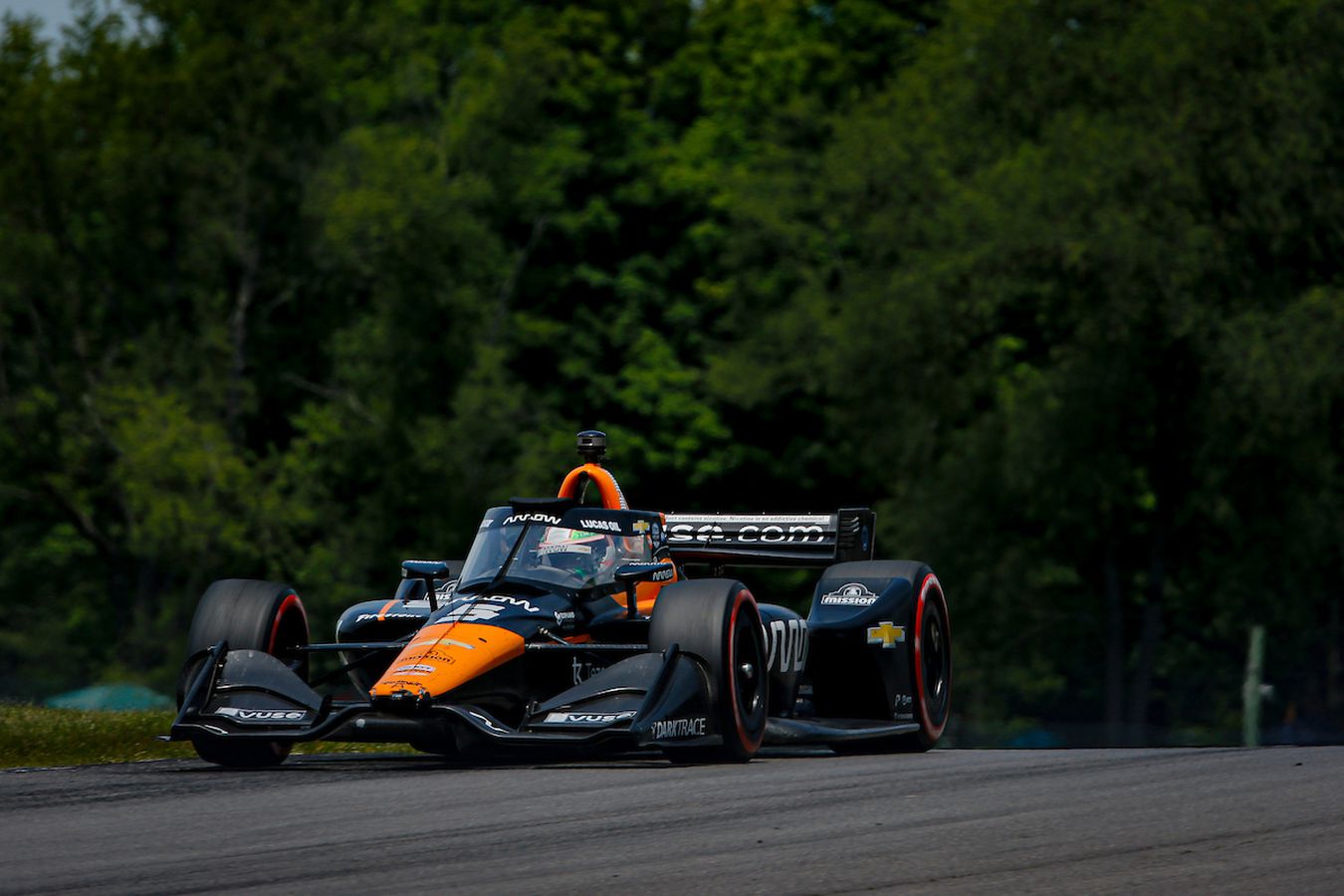 You mentioned coming into the last round with a shot at winning the championship, but then it all slipped through your fingers when you were taken out of the title decider through no fault of your own. What was going through your mind at that moment?

Honestly, for me, there were five or six levels of emotion. You’re happy [because you’re in contention], but then you’re sad, you’re irritated, you’re angry, you’re pissed off, and then you just have to laugh about it. I feel like I shot up straight to ‘laugh about it’ because… what can you do? There was absolutely nothing we could have done in that situation. You just have to say, “You know what, I’m ready for next year.” As soon as I was out of the race, my focus shifted to 2022.

So it didn’t play on your mind at all?

Yeah. I got home, reflected on the season, and you can dwell on what if we did this better or what if we did that better, but at the end of the day, there’s not going to be a perfect season – ever. You just have to be flexible with challenges that are thrown your way. And I feel like in many situations this year, we did a great job, but in other situations we just... the others were better. We left a lot of points on the table on the days when we didn’t maximize the result. It’s something we need to do better at.

If you rewind to the very beginning of your journey with Arrow McLaren SP, did you think you’d be fighting for the title in only your second season with the team?

I’d be lying if I said that wasn’t the plan. For sure, I wanted that to be the case. Our first year was so good, we set the bar so high, which meant we put ourselves in a situation where the objective had to be to win races and give ourselves a shot at the title in 2021. In 2020, we finished fourth, but we were quite a long way from leading the championship, but this year we led the championship twice and fought for the title until the end. We’ve checked off what we set out to do this year and I think that gives us something really solid to build on going forward.

On the subject of wins, there was that unforgettable day at Texas Motor Speedway, back in May, when you became an INDYCAR race winner and only the second driver to win for McLaren in the series. What did that victory mean to you?

It gave me goosebumps. Not just when I crossed the line, but also when I passed Josef [Newgarden] for the lead with about 24 laps to go. It just felt right. I was like, “This is mine. This race will be mine.” It was such an incredible experience and it’s the first race in my career that I got to really feel… I don’t know how to explain it. I got to really feel what I had just done and what it meant to me and the team and my family. I could really feel that what we had accomplished was something very special. 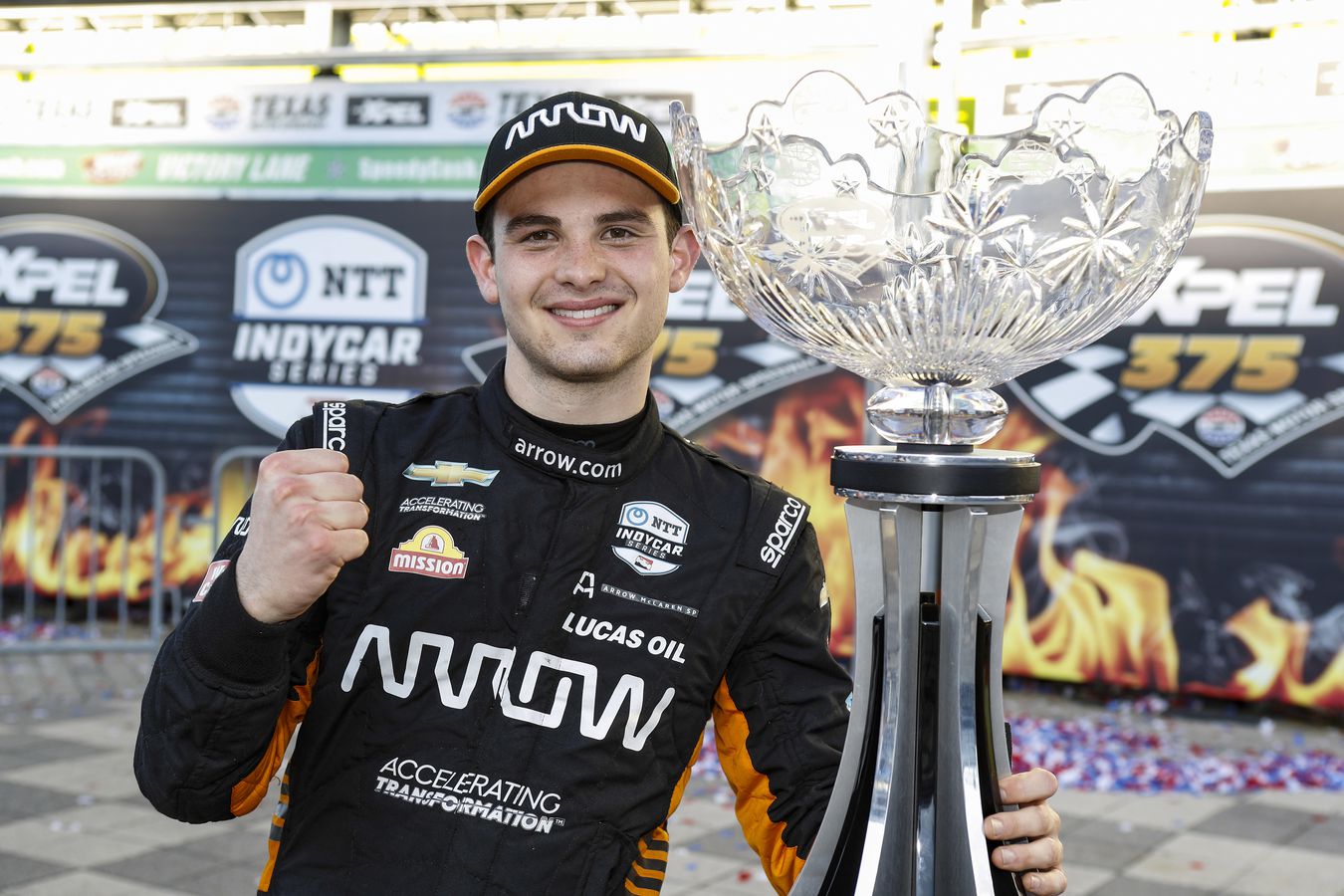 You talk about passing Josef Newgarden, a two-time INDYCAR champion no less. Do you have a reverence for your competitors? It seems like you’re not afraid to ruffle a few feathers, regardless of whether someone is a multiple champion or they’re new on the scene?

I just love competition. I mean, these are the guys that I grew up watching, Josef, Scott [Dixon], Will [Power], but as soon as I got to INDYCAR I was like, “I want to beat you and I really want to race you for it.” I don’t want things handed to me. I really enjoy the rush that you get when you truly win something, when you’ve earned it; I feel like both of our wins this year were like that. They weren’t just handed to us because someone in front had an engine failure or a penalty. Both times we won this year, we didn’t start from pole and we worked our way through at least the top five, we really had to work for them and I feel like that makes them so much sweeter.

McLaren is securing a majority stake in Arrow McLaren SP. What does that mean for you as a driver?

It means that I’m adding to the legacy of something that’s already so special. It makes me proud to know that I’m part of such a great group of people, such a great team. McLaren feels like home.

Is there anything in particular that gives you that feeling?

It’s everyone in the team. Everyone is so welcoming. I can just be me. I can be myself and not pretend to be someone I’m not. That’s the best part, that’s what makes this team so special: no one is telling you how should be, everybody can be themselves.

Talking of being yourself, how does Pato O’Ward today differ from Pato O’Ward two years ago – when you started your journey with Arrow McLaren SP?

I feel like I’m still me. I still feel like the kid who watched his first race on TV and then ended up at the circuit. I’m probably more polished and mature, a bit more professional, but the passion and hunger for the sport and winning is exactly the same. In fact, it’s probably even more now! [Laughs.]

The more I grow and the more success I achieve, it feeds into the hunger I have. It adds to the hunger, which I never thought was possible. When you’re a kid, everything seems so out of reach, but when you get even just a taste it’s like, “I’m going to make it happen.” I’ve been like that ever since I was a kid. Every time I want something, I give the absolute maximum to make it happen. Racing is my life and I want it to be for a very long time because I don’t see myself doing anything else.

Earlier in the year, you made a deal with McLaren Racing CEO Zak Brown: if you won a race, he’d give you a run in the McLaren F1 car at the Abu Dhabi test in December. How are you feeling about driving an F1 car for the first time?

I’m pumped. I’m really looking forward to just seeing how everything works. It’s going to be different from what I’m used to in an Indy car. The feel, the grip, the power, the way the car needs to be driven because of all the downforce that it produces. I’m sure it’s going to be different, different ways of extracting lap time, but I’m really looking forward to it. 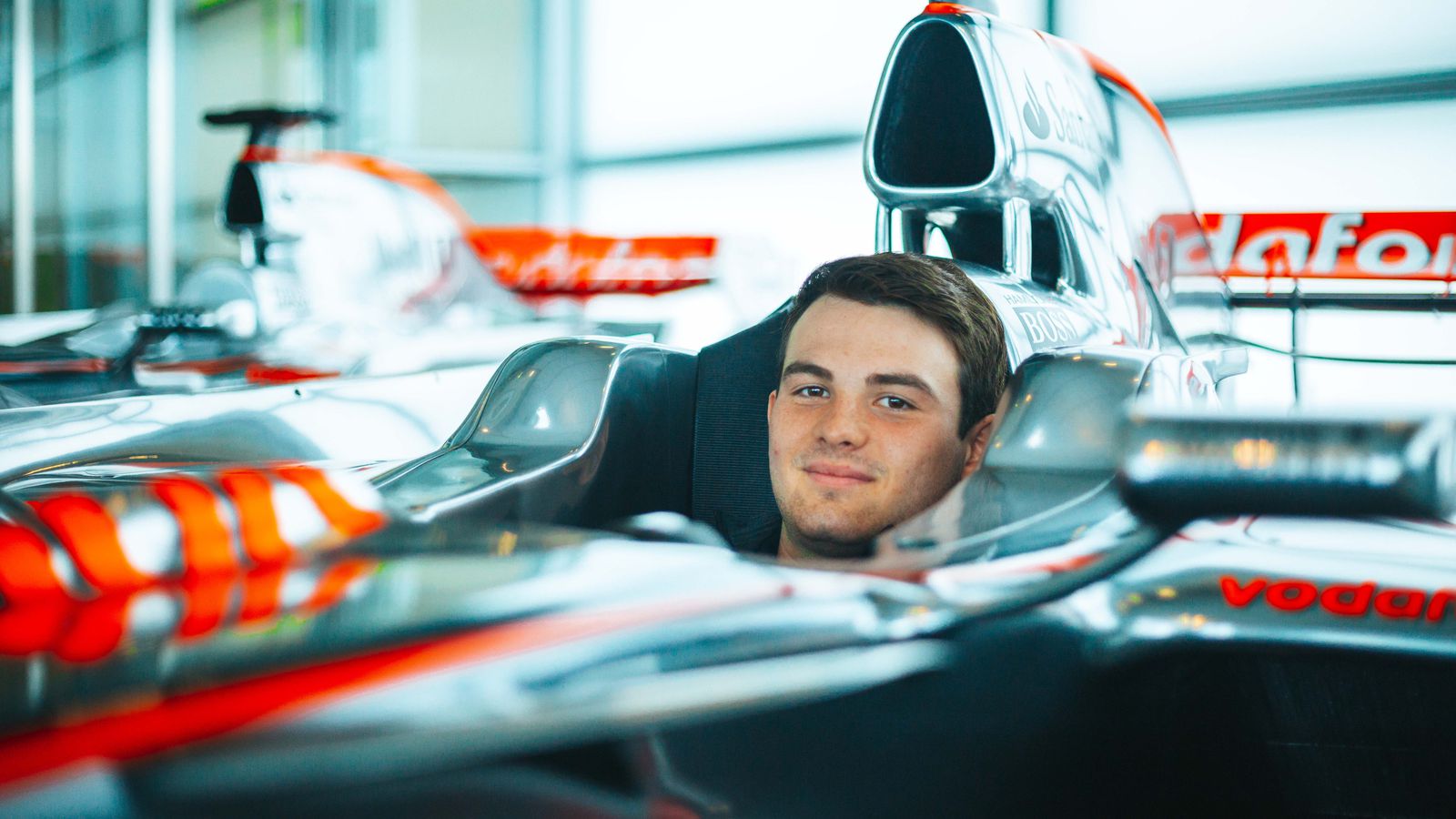 I’m really excited about learning something new and trying to just feel it out in a way – it will amplify my knowledge of cars. It’s going to be an experience that I can put in the memory bank and I can use the things I learn to become a better driver.

I want to see a progression from the start of the day to the end of the day. I want to have a good understanding of what a stint is like with the tyres, what pit-stops are like, and certain procedures. Standing starts, for example, are completely new to me. But just in terms of driving, I want to feel like I really pushed the car, like I reached some of its limits.

And, final question, if you were a biscuit, what biscuit would you be?