After the ecstasy of winning the FIA Formula One World Championship for the first time in seven years, a year later we’ve got the chance to do it all again at the season finale in Japan.

The title battle has ebbed and flowed, and to say this season has been dramatic would be something of an understatement. A relentless rollercoaster ride, it’s been a bit of a blur at times. So sit back, catch your breath and let us bring you up to speed with the nine moments that have defined our ’99 season so far.

The season got off to a flying start. Mika revelled in his new role as champion and immediately showed his pace. But he missed out on a shot at victory with a mechanical retirement in the opening round in Australia, despite taking an encouraging pole.

He was on pole again at the second race in Brazil, and again there was a glitch, an early gearbox issue dropping him from the lead to third place. However, with the fault corrected, he got back up to speed and scored his first win of the year. 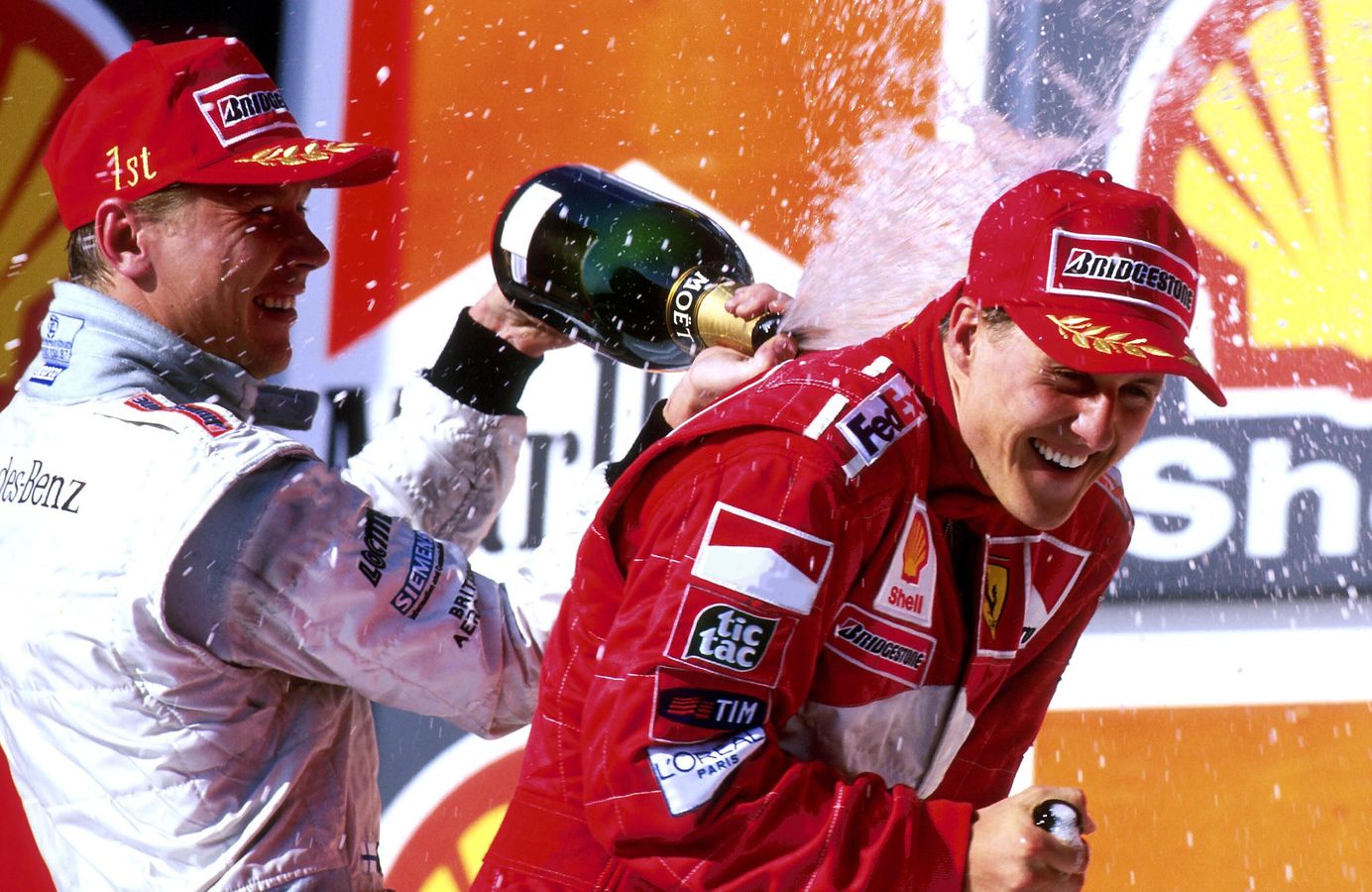 Mika made it three poles out of three at Imola, and he led the early laps in dominant style. However, a rare mistake saw him spin out of the race, leaving Schumacher to win on home ground for Ferrari. It was a painful experience, but the weekend confirmed that the car had pace at different types of circuit.

3. Missing out at Monaco

Mika bounced back to take another stunning pole in Monaco, but we endured a difficult race, and Mika could only manage third, while Schumacher won again. By now the German had logged 26 points to Mika’s 14, leaving us with some catching up to do.

Mika made it five poles out of five at the Spanish Grand Prix in Barcelona, and following the disappointment of Imola and Monaco he bounced back in style. He won the race with David following him home to give us our first one-two of the season. 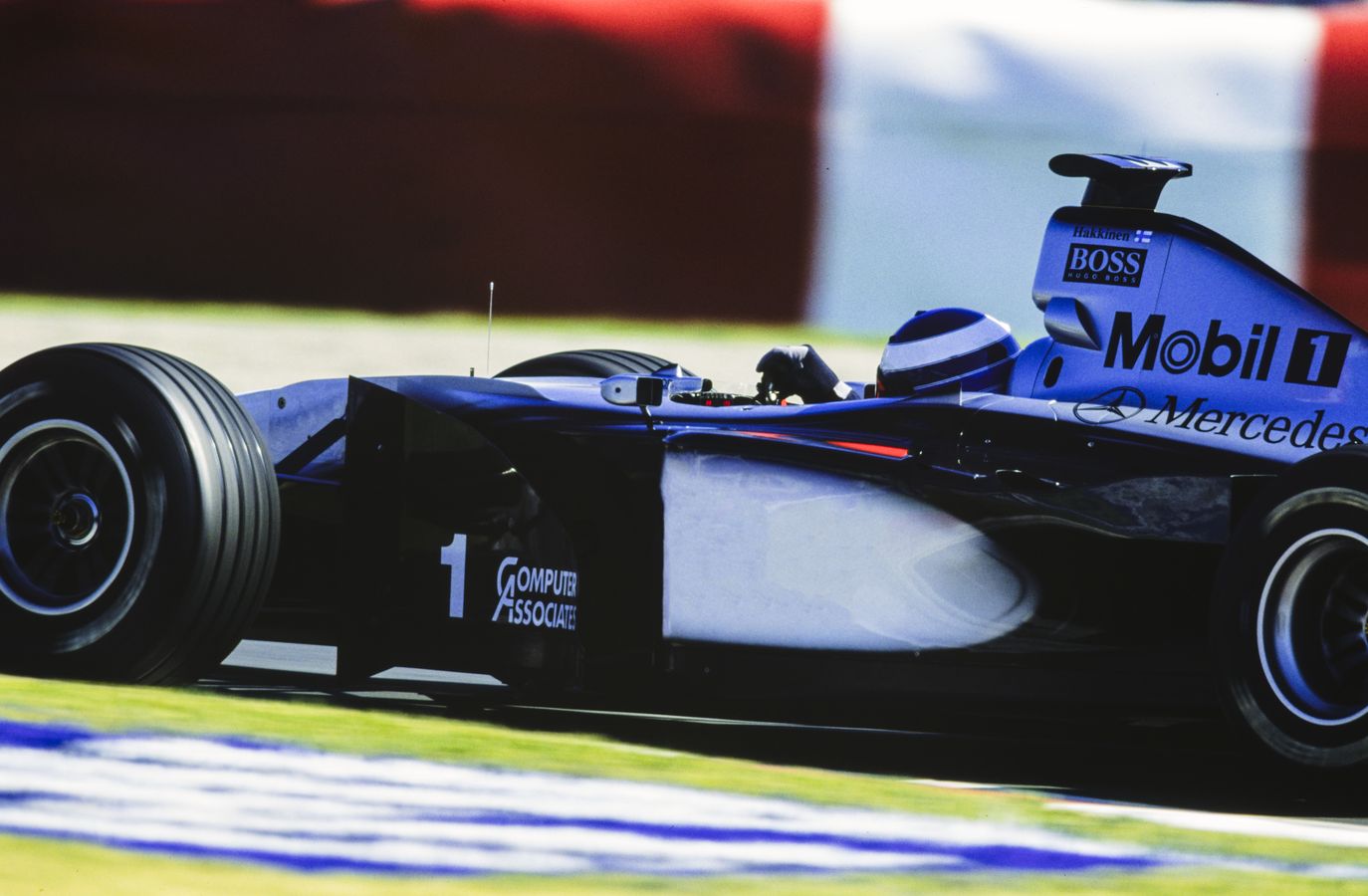 In Canada, Mika missed out on pole for the first time this season – but come the race he turned the tables and won after Schumacher crashed out. It took our win tally for the season to three out of the first six races. And crucially, it put Mika ahead in the title battle.

A second-place finish at Magny-Cours put further daylight between Mika and Schumacher, but the complexion of the season changed at the British Grand Prix where, on the opening lap, brake failure caused Schumacher to crash heavily.

It soon became clear that he had sustained a broken leg and would be out for months, and that team-mate Eddie Irvine would carry Ferrari’s title hopes. Most observers assumed that our run to the title would now be straightforward. However, that same afternoon at Silverstone – although David won – Mika was also out of luck, retiring after a wheel worked loose. It was to be the first in a series of misfortunes that threatened to derail our campaign.

Next time out in Austria, Mika and David collided on the first lap, with Mika doing well to recover third. This was compounded at the German Grand Prix which brought with it another retirement for Mika, after a tyre failure sent him off the road.

Both the Austrian and German Grands Prix ended up being won by Ferrari number two Eddie Irvine and it became evident that, even without Schumacher, the Italian team was still going to be a threat for the title.

Mika fought back with a good win in Hungary, and then in Spa he finished a close second to David. While many thought we might impose team orders, with four races remaining it was too early for such a decision and David scored a deserved win.

With our season seemingly regaining momentum, next time out at Monza we endured another setback as Mika spun out while leading the race. It was a tough blow for Mika and the team, and TV pictures from a helicopter cruelly caught our man’s anguish. 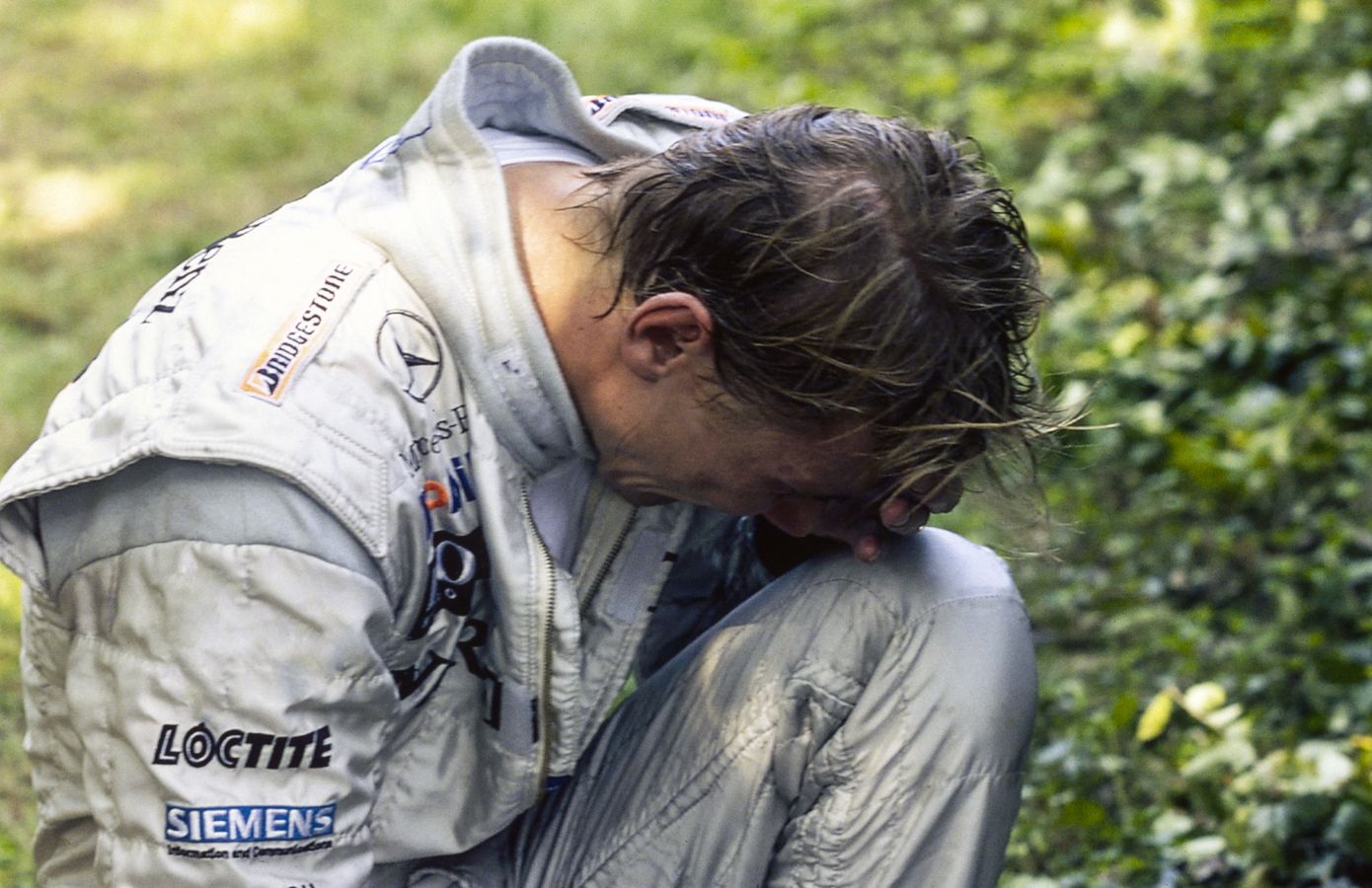 Rain made the European Grand Prix at the Nürburgring a lottery and Mika scrambled home fifth. It only earned him two points, but crucially, he finished ahead of Irvine who suffered a disastrous pit-stop.

After weeks of speculation, Schumacher finally made his return to the grid at the inaugural Malaysian Grand Prix a fortnight ago. The Ferraris ganged up to keep Mika down in third, and Irvine snuck ahead in the points, with just the Suzuka finale to come.

But shortly after the flag both Italian cars were excluded for a bargeboard infringement. That would have made Mika champion on the spot, but Ferrari appealed. After days of controversy and uncertainty – to the surprise of many – the FIA decreed that the original result stood after all. Heading into the decider, it means Irvine and Ferrari hold a four-point advantage over us in the respective drivers’ and constructors’ championships. 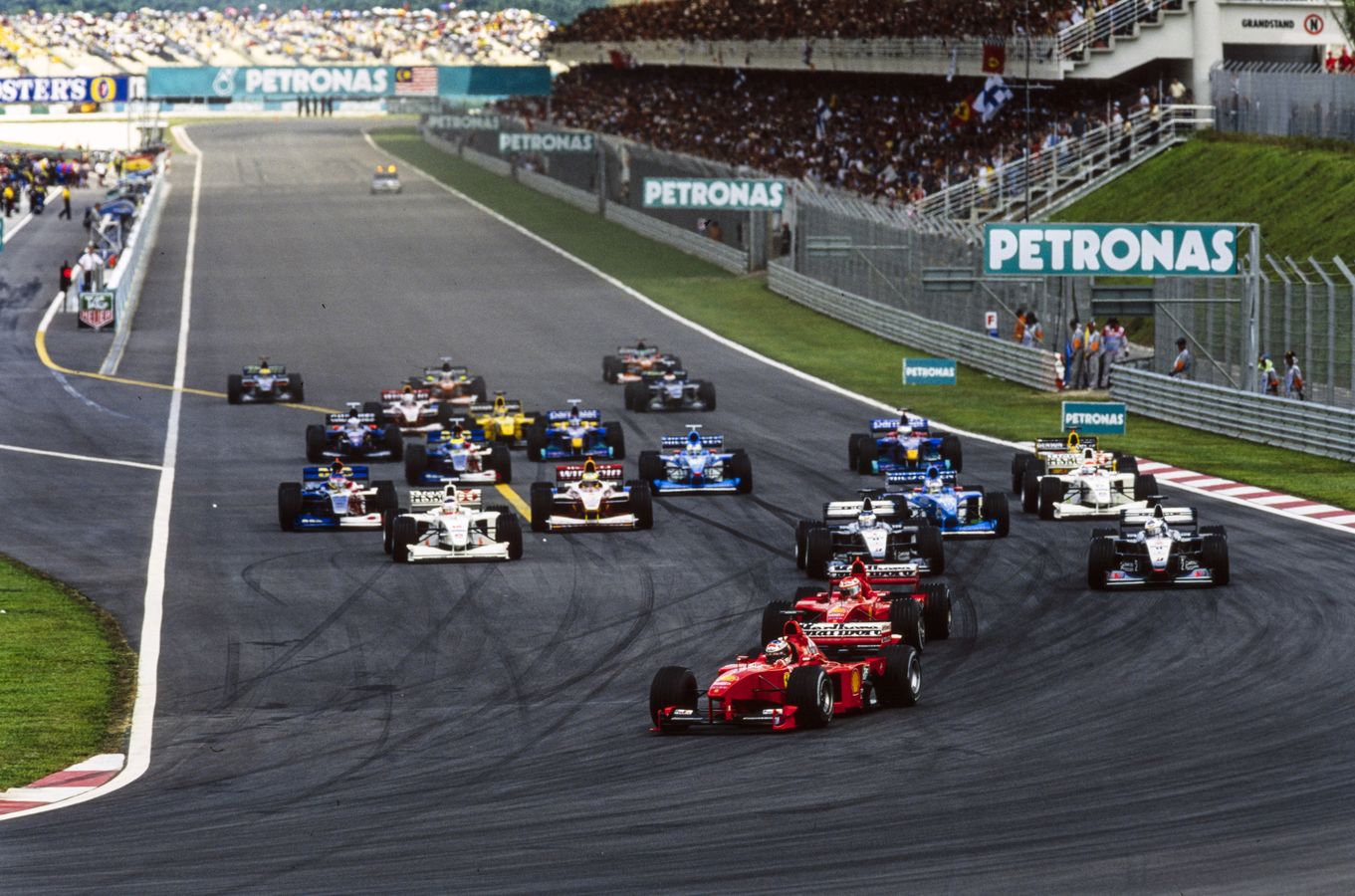 And so here we are, endgame. Mika heads to Suzuka with a clear mission: win. His sheer speed has been undeniable. Need we remind you of his 11 pole positions and 333 laps led? If he takes the team’s seventh victory of the season it would secure the drivers’ title regardless of where Irvine finishes. Meanwhile, combining this with a podium for David would put the constructors’ title out of reach from Ferrari and clinch the double in style.