After a memorable 2021, which saw McLaren Racing return to the top step of the podium in Formula 1 and have a tilt at the INDYCAR title, you might struggle to believe that 2022 could be even more exciting. But, judging by the fact that we’ll be competing on four, that’s right four, fronts this year, Formula 1, INDYCAR, Extreme E and esports, ’22 has all the ingredients to top ’21 and here’s why…

Entering four different series means we’re set to race in many of motorsport’s most prestigious and talked about events – both in the real and virtual world – from the magic of the Monaco Grand Prix and the intoxicating spectacle of the Indianapolis 500 to racing on the enchanting island of Sardinia. Our first race of ’22 will be our Extreme E debut in the Saudi city of Neom on 19–20 February, while our year’s racing exploits will come to a close with the F1 season finale in Abu Dhabi on 20 November, shortly followed by the F1 Esports Grand Final in December. That means you’re looking at 10 months of wall-to-wall McLaren action.

The pick of the race weekends? Quite possibly 9–11 September, when we’ll return to Monza, the scene of our unforgettable one-two finish in ’21, for the Italian Grand Prix, while also competing in Chile’s X Prix and the final round of the INDYCAR season at Laguna Seca Raceway. 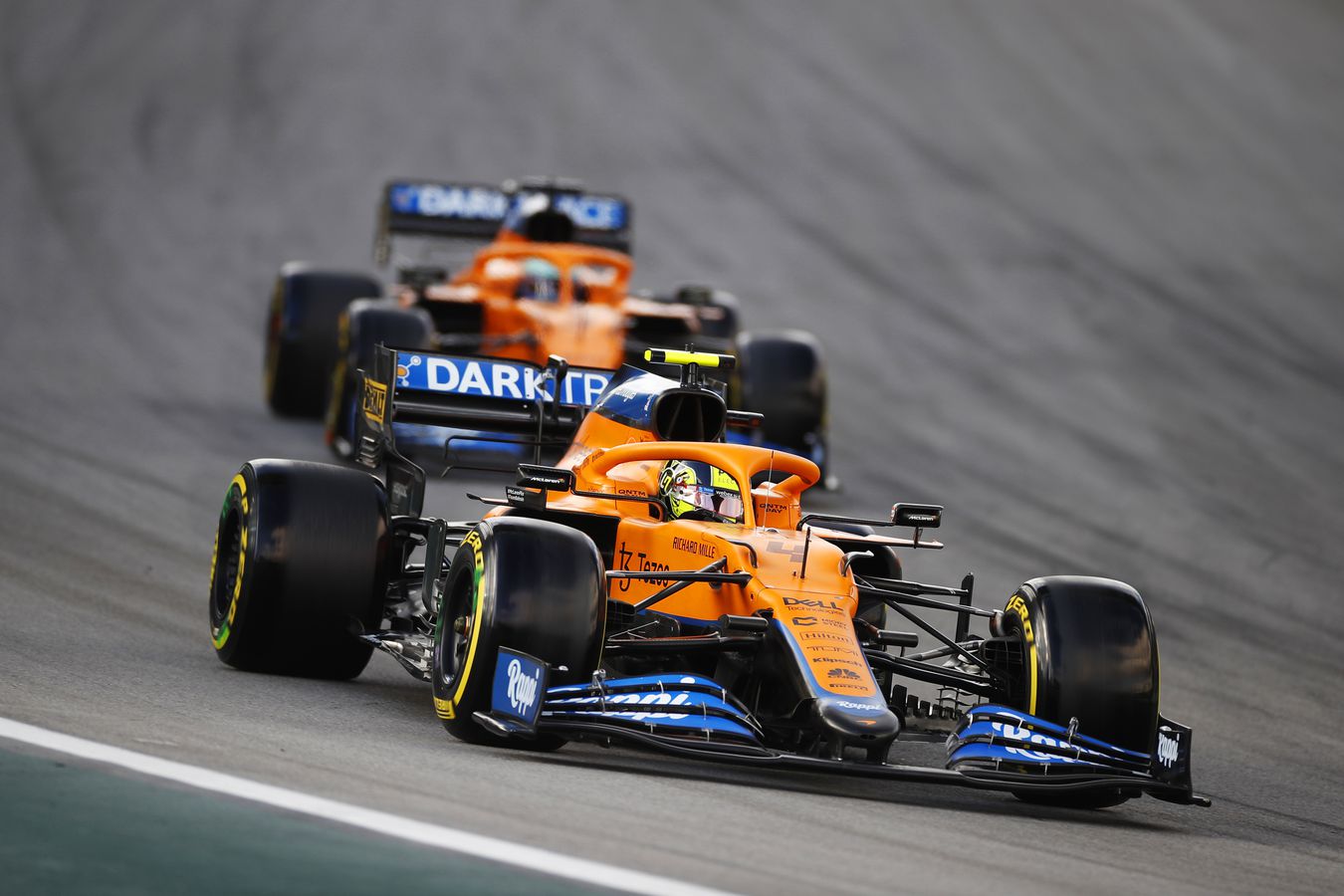 In F1 alone, we’re talking triple-headers, potentially more sprint races, and a return to some of the world’s most revered circuits, such as Suzuka for the Japanese Grand Prix and Albert Park for Daniel Ricciardo’s home race, the Australian Grand Prix. The number of F1 Sprint events – a 100-km sprint race on Saturday to determine the grid for Sunday’s race – is still to be confirmed, but with a record-breaking 23 grands prix on the calendar, the 2022 campaign will be anything but a sprint. Oh, and…

Every race we’ll compete in this year has its own je ne sais quoi, bringing its own special something to a diverse and vibrant motorsport calendar, but the inaugural Miami Grand Prix is kind of a big deal. F1 has never really cracked America but rising viewing figures and interest fuelled by the likes of Netflix’s Drive to Survive and McLaren Fan Heist suggest it might just be about to. And the first-ever Miami Grand Prix, which will to take place on a scintillating 5.41-km street circuit around the Hard Rock Stadium, could be a big part of that. Of course, this won’t be our only visit to America’s Sunshine State this year: the INDYCAR season gets underway on 27 February on the streets of St. Petersburg, Florida.

If our roster of drivers for ’22 doesn’t get you excited, then we don’t know what will. Lando Norris comes into this year off the back of his best season yet, which saw him bag four podiums, a pole position, and a fastest lap; the 22-year-old Brit came within a hair’s breadth of a maiden grand prix win and P5 in the driver’s championship. His star looks set to continue to rise in ’22, as does that of Arrow McLaren SP driver Pato O’Ward. The Mexican not only scored a maiden INDYCAR win in ’21 but added another to his tally and was in title contention until the final round – having topped the standings earlier in the campaign. He’s hungry for more, and another bold bid for the championship is on the cards. 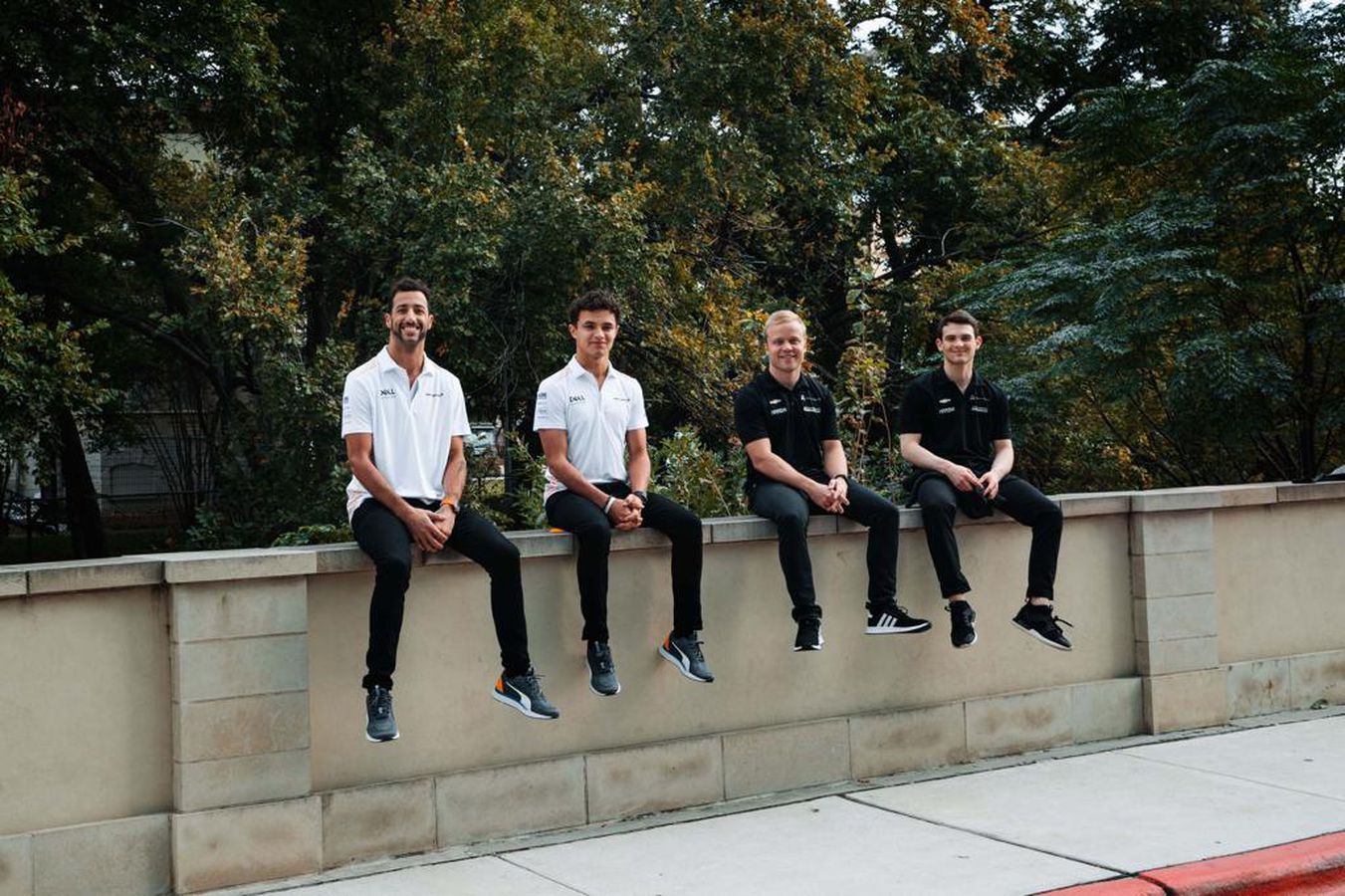 Having tasted victory with McLaren at the Italian Grand Prix last season, Daniel Ricciardo is equally hungry for more success in ’22. Despite the highs of last year’s campaign, it was a far from straightforward year for Daniel. It took time for him to get to grips with the MCL35M, but he heads into ’22 fully bedded in with the team and with a brand-new car to play with. An F1 career spanning more than a decade is sure to put him in good stead as he seeks to extract the maximum from the MCL36.

Similarly to Daniel, 2022 will be Arrow McLaren SP driver Felix Rosenqvist’s second year as part of the McLaren Racing family. After acclimatising to life in the team in ’21, Felix is set to come out the blocks firing on all cylinders this season. When it comes to experience married with speed, look no further than Juan Pablo Montoya. The Colombian boasts one of the most enviable CVs of any driver, and after contesting the Indianapolis 500 with Arrow McLaren SP last season in an attempt to win the race for the third time in his career, Juan Pablo is teaming up with us again to win the illustrious race this year.

We’re in uncharted territory as we compete in the electric, off-road series Extreme E for the very first time, but we’re in safe hands with New Zealand Rally Championship event winner Emma Gilmour – who competed in Extreme E last season – and four-time US rallycross champion Tanner Foust behind the wheel. 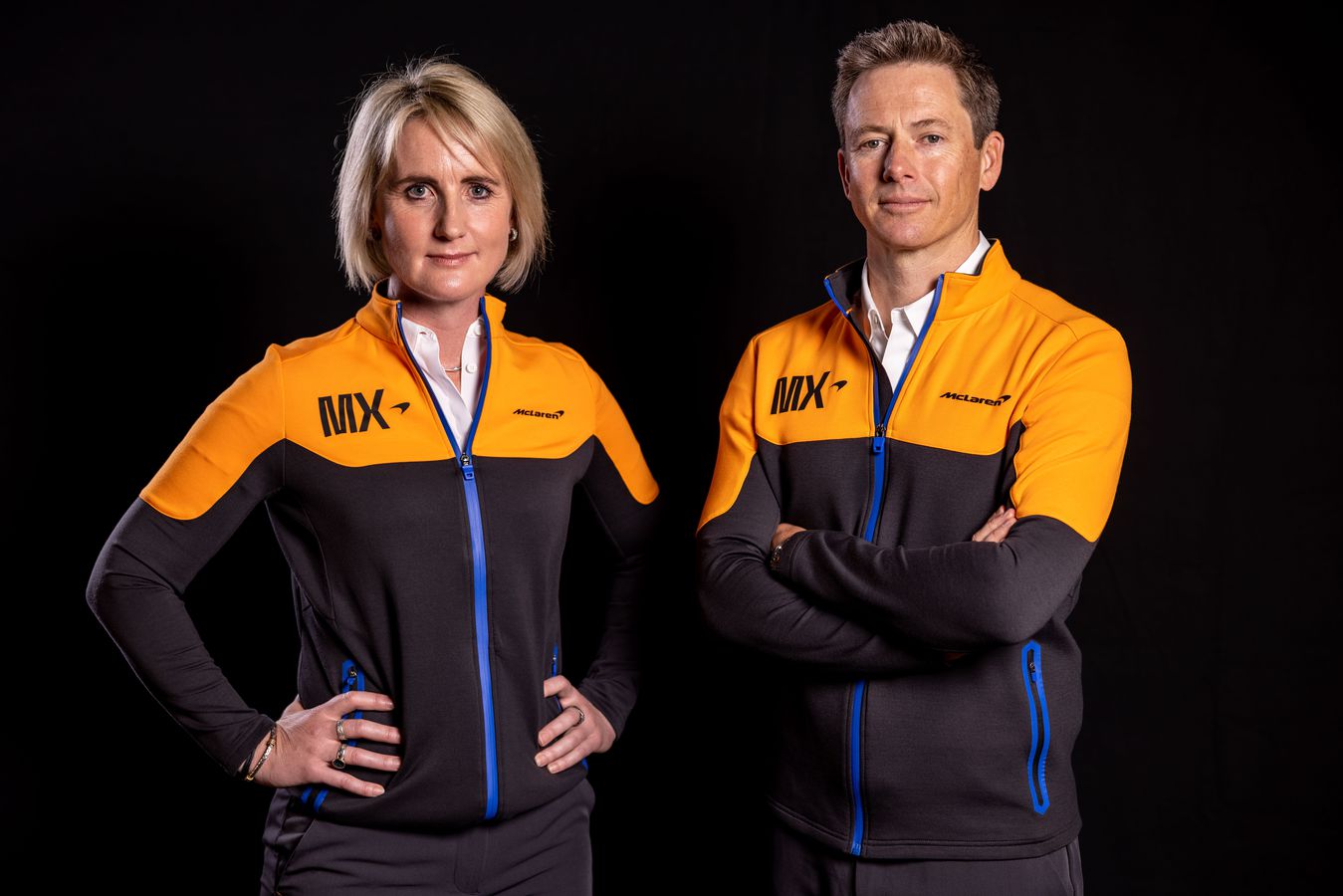 So, those are the drivers you’ll see competing for McLaren Racing on the track this year – or off it if you’re Emma and Tanner – but there are those doing the business in the virtual world, be it the tireless efforts and countless simulator miles racked up by our steadfast test and development drivers Oliver Turvey and Will Stevens or our McLaren Shadow esports drivers who we’re set to announce very soon.

The new cars and closer racing

The biggest technical regulation changes F1 has seen in decades will usher in a new era for the sport this season. An increased focus on ground effect, bigger, 18-inch wheels, low-profile tyres, an increase in the renewable content of fuel to 20%, enhanced aesthetics, and new braking and suspension systems, make this year’s crop of F1 cars some of the most eagerly anticipated in the history of the sport. What’s more, the changes should add up to improved aerodynamic wake, therefore enabling cars to follow closer and more overtaking.

A word of caution, though: there’s no guarantee the changes will close the field. In fact, throughout the history of F1, regulation changes have tended to do the opposite, whereas rule stability has traditionally led to a convergence in car design and a reduction in the gap between the fastest and slowest cars. Regardless of the impact on the competitive order, get the new rules right and you can steal a march on the opposition. Get them wrong and you could be playing catch up for ’22 and beyond. 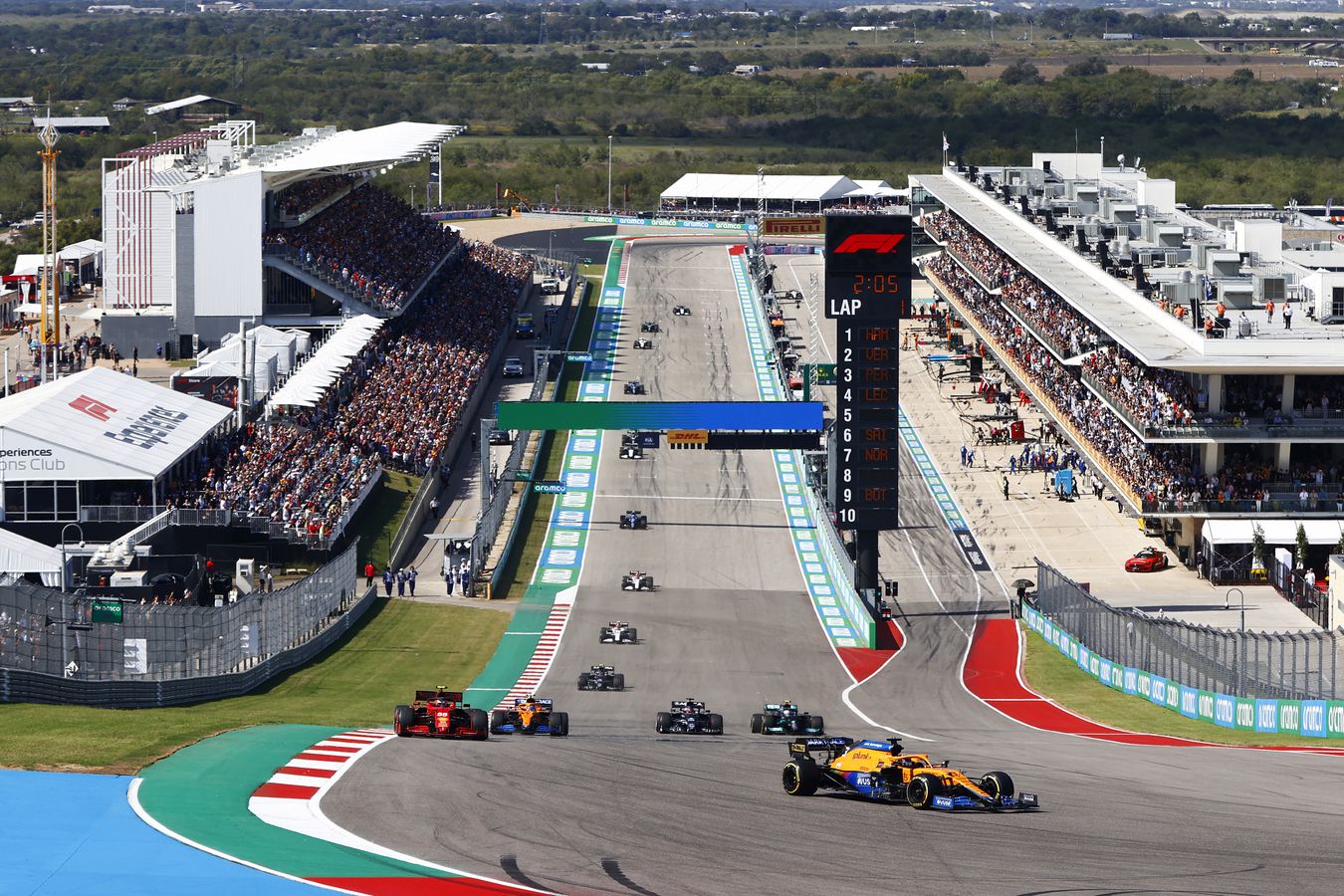 Close racing is guaranteed in INDYCAR and F1 Esports. Frequently, swathes of the grid are separated by mere tenths of a second, while cars are often seen three-wide – or even four-wide in the case of INDYCAR. Elsewhere, the second season of Extreme E is shaping up to be even closer than the first as teams get a better handle on the cars. The ODYSSEY 21 will be familiar to those who competed in the fledgling series last year, including our very own Emma Gilmour. But the 400kw (550bhp) SUV is the first fully electric car we’ve gone into battle with at McLaren, so it’s very much new to us. We have, however, been preparing over the winter by testing in one of the harshest environments on the planet… Dorset. And we can’t wait to go racing.

The annual development race in F1 is always ferocious as teams seek to bring upgrades to their cars in a bid to leapfrog rivals or maintain a pace advantage. It’s often a key reason for swings in performance. And, ultimately, how well a team develops during a season tends to have a considerable bearing on its fortunes. With completely brand-new cars, the scope for development is huge, and as none of the ’22 cars have even turned a wheel yet the level of understanding of them is relatively immature. Teams will learn huge amounts as they put in the miles on the track and keep a close eye on rival’s innovative interpretations.

While there isn’t a development race as such in INDYCAR, Extreme E and F1 Esports, as all three are spec series, there will still be performance to be found throughout the season as teams look to optimise set-ups to extract every last tenth.

And there you have it, don’t say you weren’t told, 2022 promises to be an unforgettable year. You can follow all the action on McLaren.com, the McLaren App, and our social channels: @McLarenF1, @ArrowMcLarenSP, @McLarenXE and @McLarenShadow.

Zak Brown on what 2022 holds for McLaren Racing

This grassroots investment has been funded through McLaren Racing Engage