For all of McLaren's grand prix wins and championship victories, one of the most defining moments in our history happened away from the race track, when Her Majesty Queen Elizabeth II opened the McLaren Technology Centre (MTC) in May 2004.

Following the sad passing of Her Majesty, we revisit the historic occasion and share a story we feel defines our British heritage.

2004 McLaren drivers David Coulthard and Kimi Räikkönen were in attendance 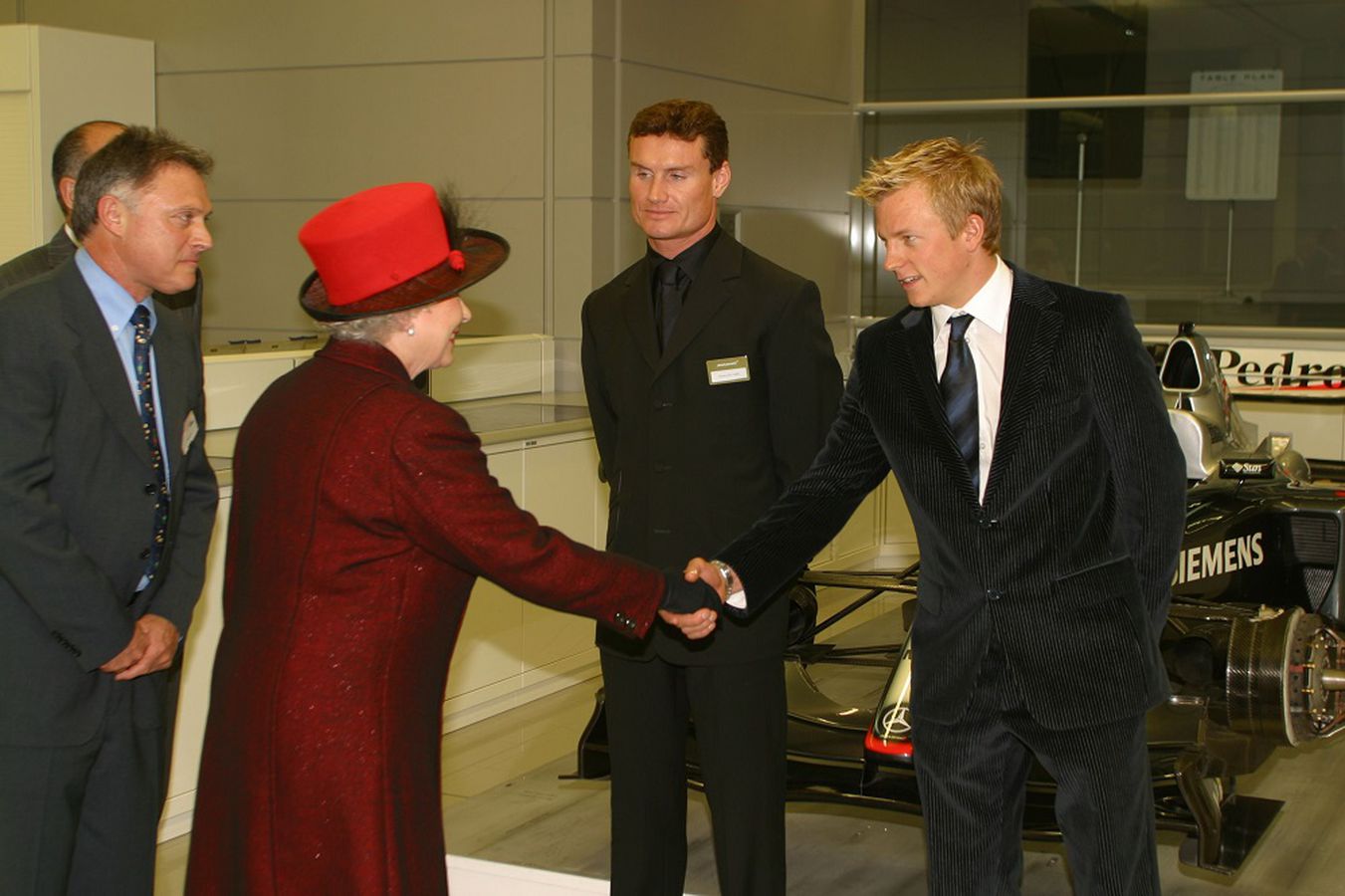 2004 McLaren drivers David Coulthard and Kimi Räikkönen were in attendance

Usually, when you think of McLaren, you think papaya, but for 48 hours in 2004, everything was purple. Lavender covered the tables and lined the shelves of the dining hall, with a wall of lavender built specially to separate the catering operations area from those dining.

The conception and construction of the MTC was a project 10 years in the making, with work initially beginning in the nineties. Its opening by The Queen was enormous for everyone who had been involved in a building project, which has since come to define the team.

McLaren's Director of Brand Experience, Michael Edgecombe – who is approaching his 30th anniversary with the team - was heavily involved and remembers the event vividly. "The whole thing was amazing," he recalls. "On that day, it seemed like the focus of the world was on McLaren and this building.

Our entire stable of living drivers, past and present, were involved, with the likes of Mika Häkkinen, Emerson Fittipaldi and Alain Prost joining 2004 pairing David Coulthard and Kimi Räikkönen at the opening, having enjoyed a luxurious dinner with the team at the MTC the evening prior. 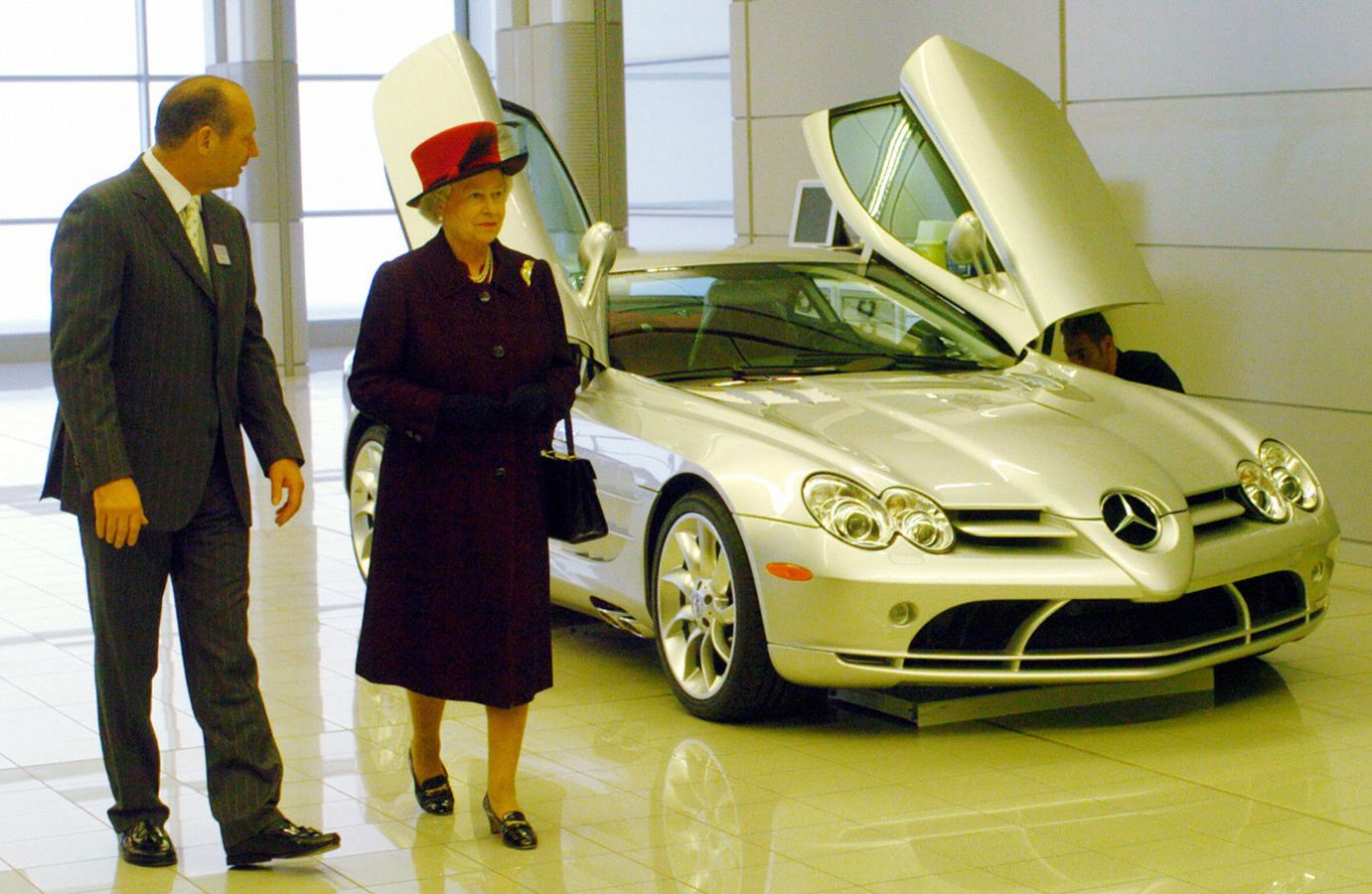 The building had been cleaned from top to bottom, without a spec of dust in sight. Although, as Michael recalls, certain areas had to be cleaned twice.

"Everything had to be absolutely immaculate," he says. "Ron Dennis had left the building that evening, saying: 'this needs to be exactly as I've left it now. It's perfect and ready for tomorrow.'

"But at the event the evening prior, a helicopter arrived, completely spraying the windows with water from the lake, soaking these previously sparkly clean windows the night before. It's funny now, but at the time, not so much, as they had to be completely recleaned."

Windows cleaned for a second time, 350 guests arrived ahead of The Queen and the Duke of Edinburgh, who were greeted by our three main shareholders at the time, Ron Dennis, DaimlerChrysler chairman Jürgen Schrempp, and Mansour Ojjeh, president of TAG Group.

"At any event, I would be responsible for anything that a guest or partner sees, feels or touches," Michael continues. "My title at the time would have been Corporate Services Director. 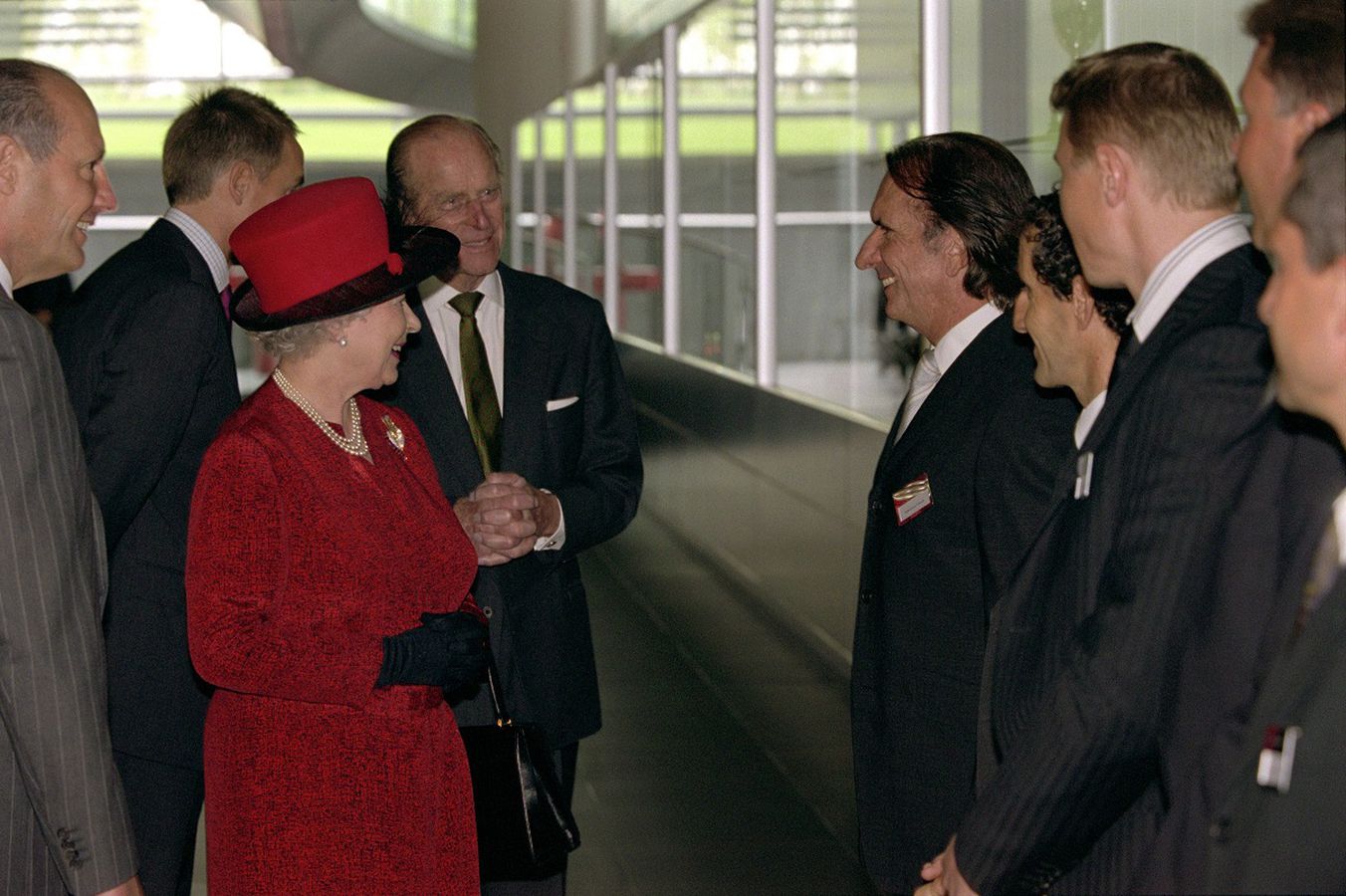 "The Queen was really interested in the entire business and was completely informed on us as a company and the work that we had been doing. She had a wonderful sense of humour. It was surreal - a massive day for McLaren and for Woking."

Ahead of The Queen's Platinum Jubilee earlier this year, McLaren Automotive created a bespoke Artura, featuring an Elizabeth II badge and a custom-made shade of silver named Platinum Jubilee.

Queen Elizabeth II's love of cars was no secret. Her Majesty enjoyed driving herself and owned a vast array of vehicles. She even trained as a mechanic and lorry driver towards the end of the Second World War.

That The Queen and the Duke were to dine at the MTC with McLaren drivers past and present remains both remarkable and truly special. Looking back on the day, Michael notes the finer details of her visit that made it unlike any other.

"Once the tour was complete, the guests made their way into the dining hall," Michael continues. "Meanwhile, The Queen and the Duke of Edinburgh were taken to their own private green room so that they could freshen up, no one else was allowed in there before they joined us in the dining hall. 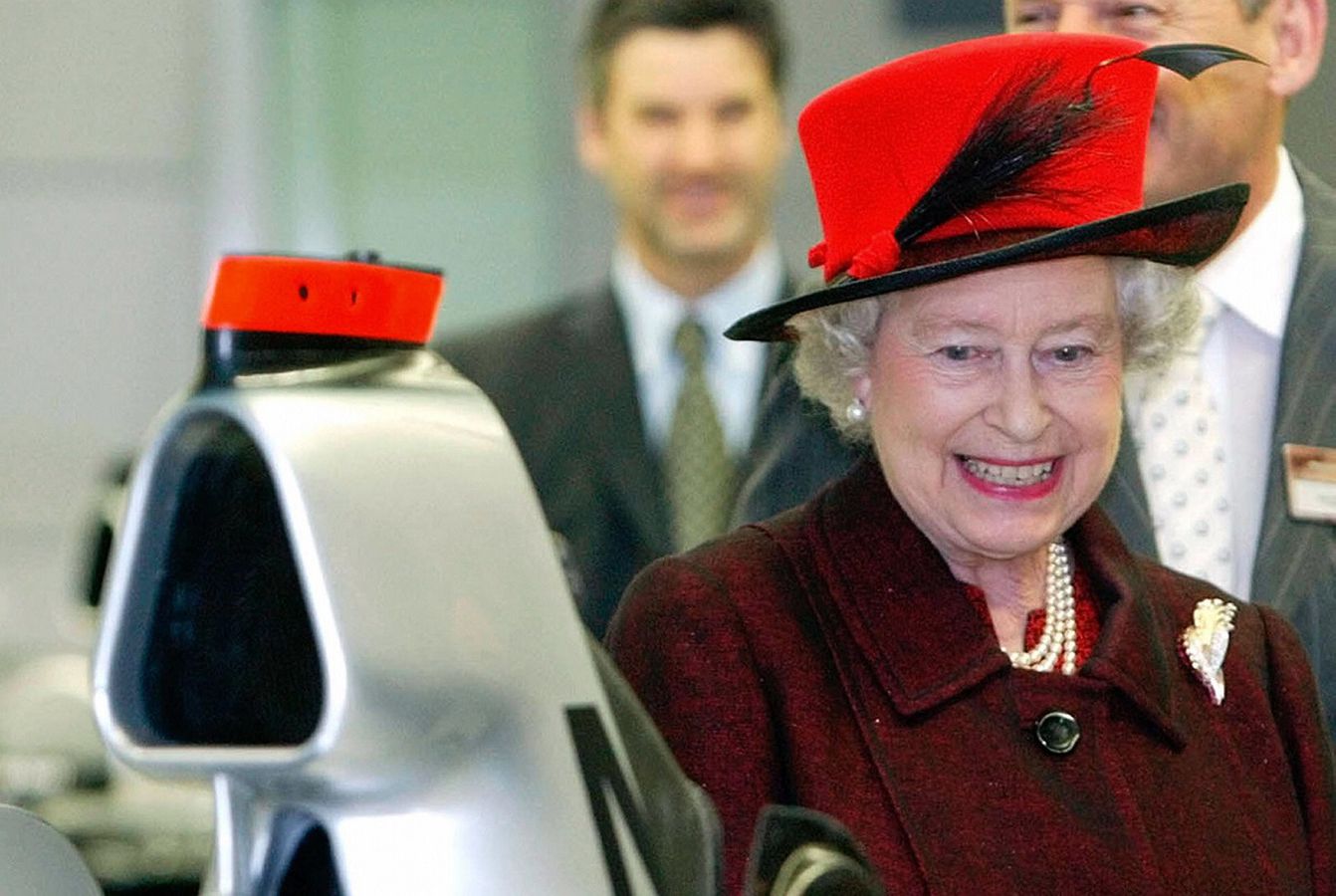 "Inside the hall, it was floor-to-ceiling lavender, even the tablecloths and plates were lavender. The only way I can describe it is that the dining hall was turned into a French lavender field.

"I remember that it was lamb on the menu that day. As many will know, the protocol for serving The Queen is very specific and interesting. For example, as soon as The Queen stops eating, the tables are cleared.

"Once lunch was finished, the royal party walked back through the building and met everybody who helped put the day together - the employees had lined the VIP walkway."

Before departing, The Queen and the Duke were presented with a gift from McLaren.

"Along with Diana Kay, who used to work here, I was lucky enough to present the gifts," Michael recalls. "The Duke was fond of horse-drawn carriages, while The Queen rode horses herself, so we presented them with horsewhips made of carbon fibre." 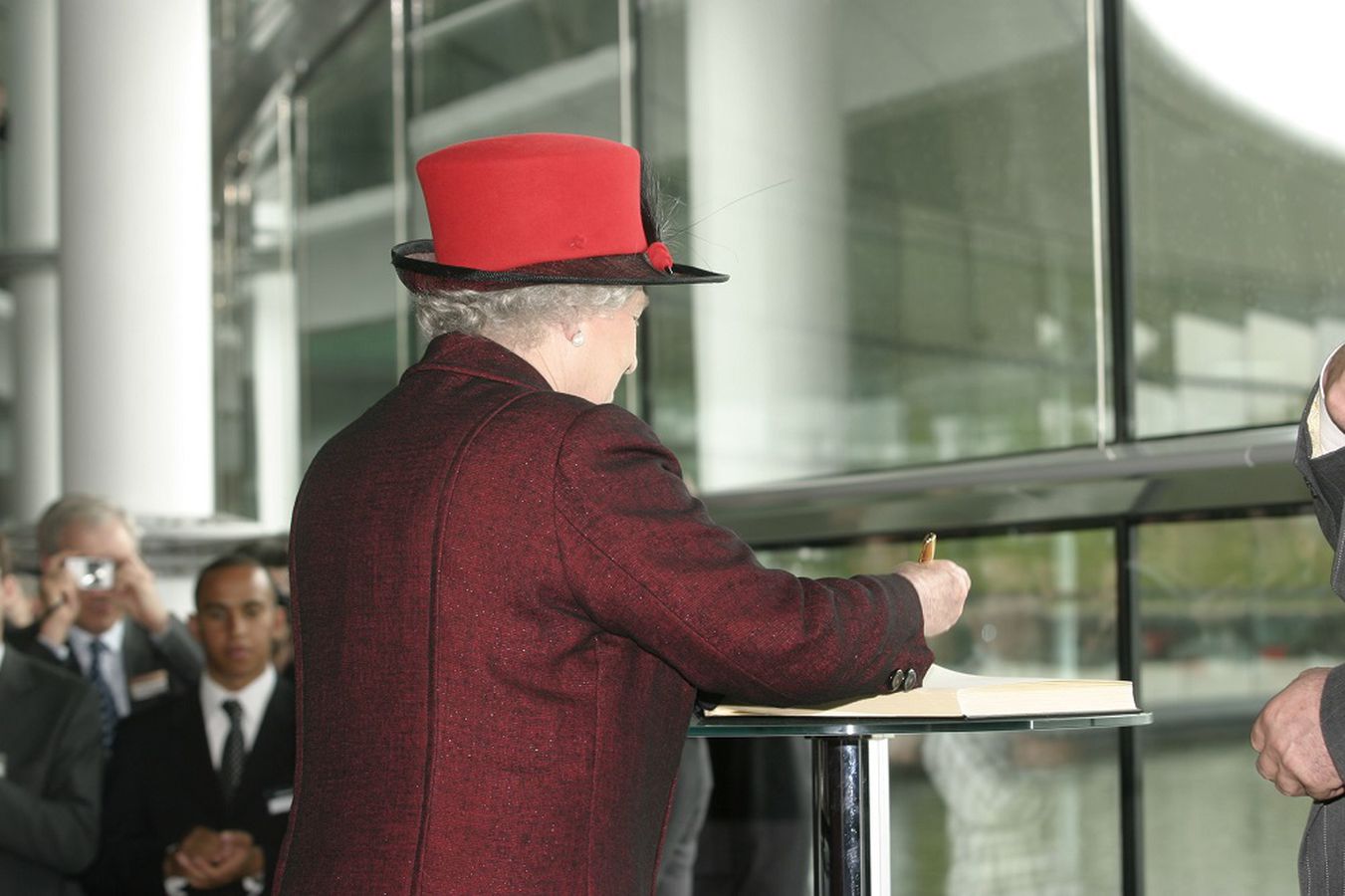 It isn't McLaren's only interaction with the monarchy, but it is the one that lives longest in the memory. The Queen officially opened the building by unveiling the famous pillar that sits in the MTC Boulevard, before signing a book that lives in our trophy cabinet.

Both will remain in pride of place at the MTC, ensuring that within the walls of McLaren, Her Majesty Queen Elizabeth II's legacy will live on.