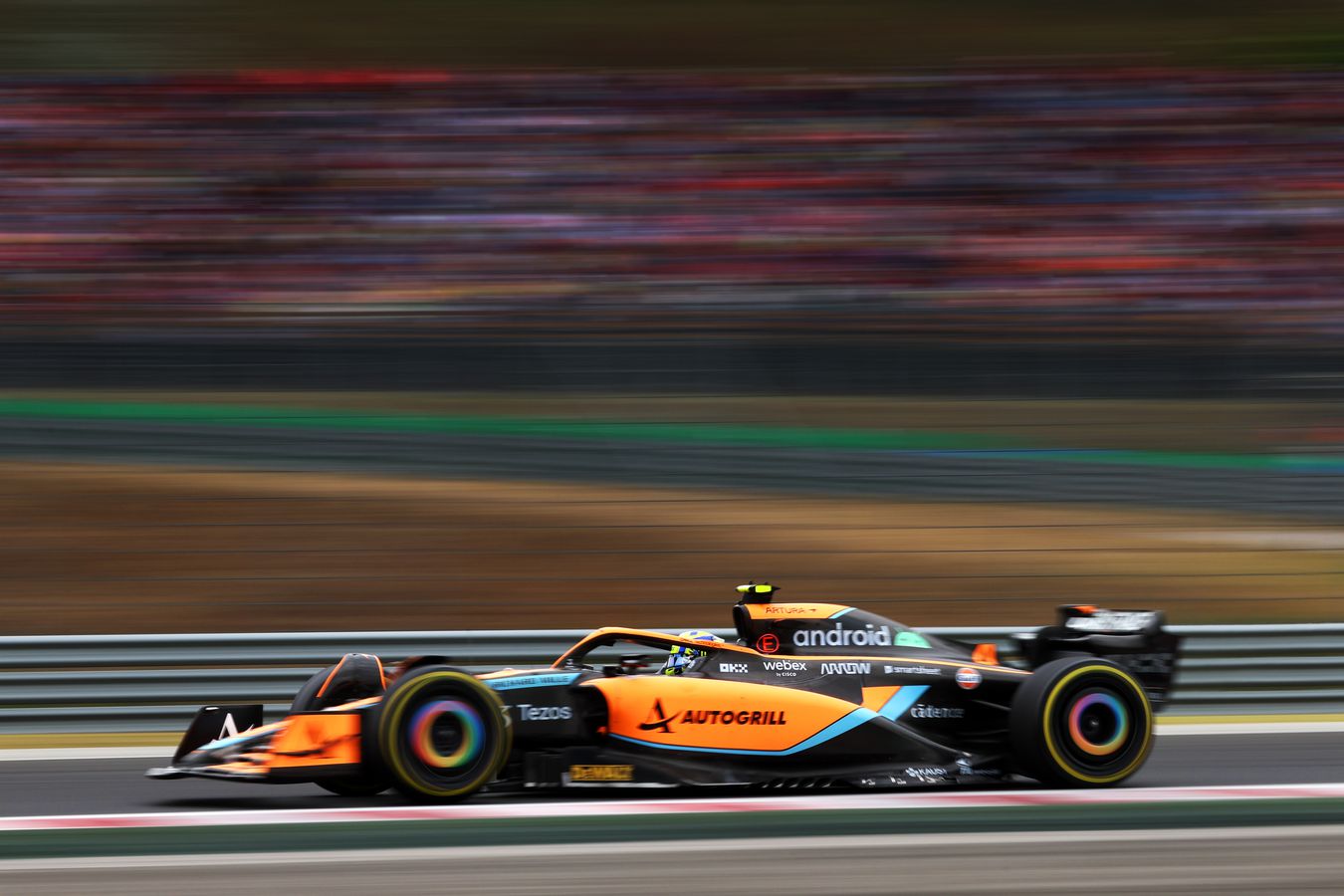 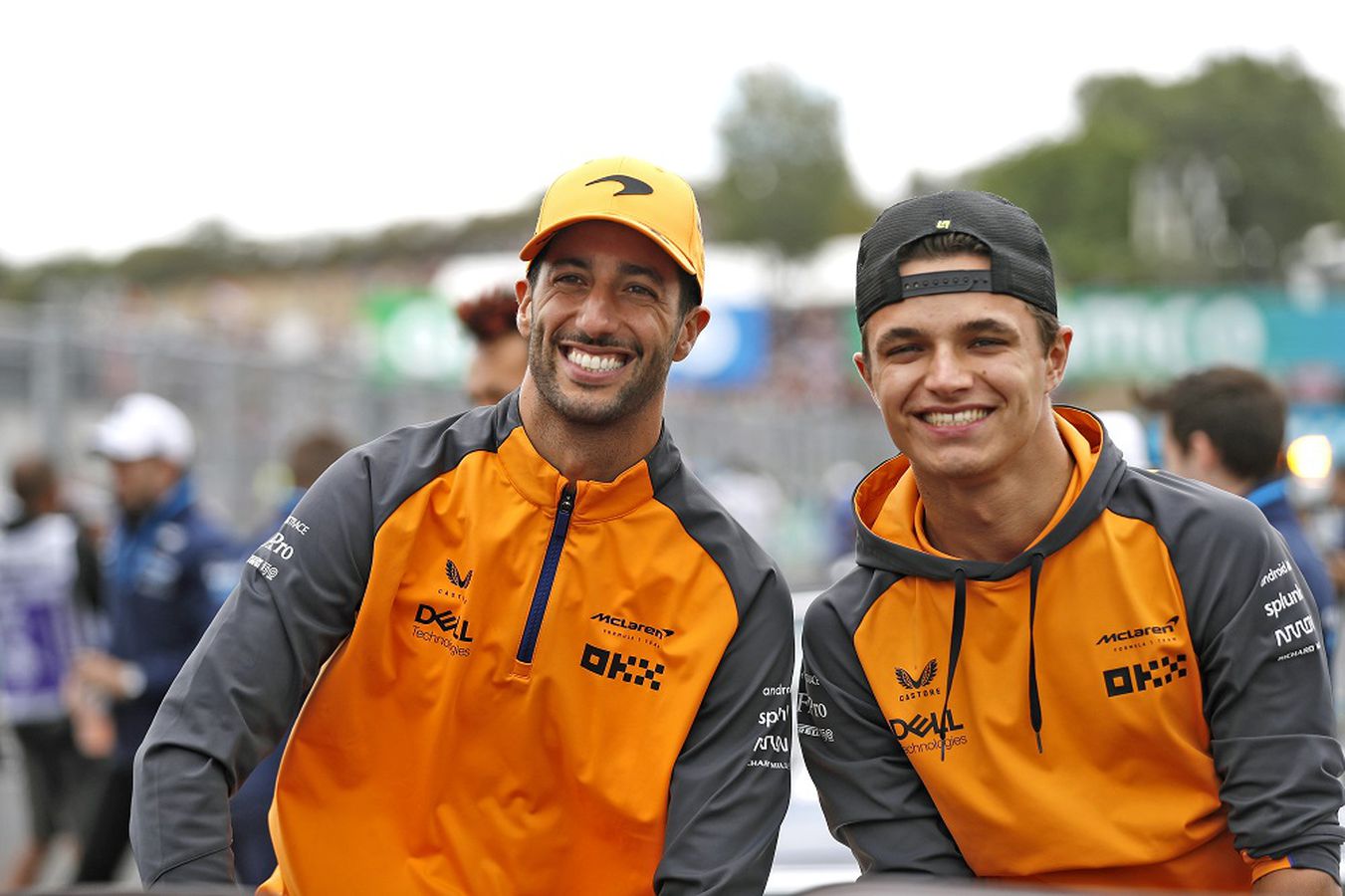 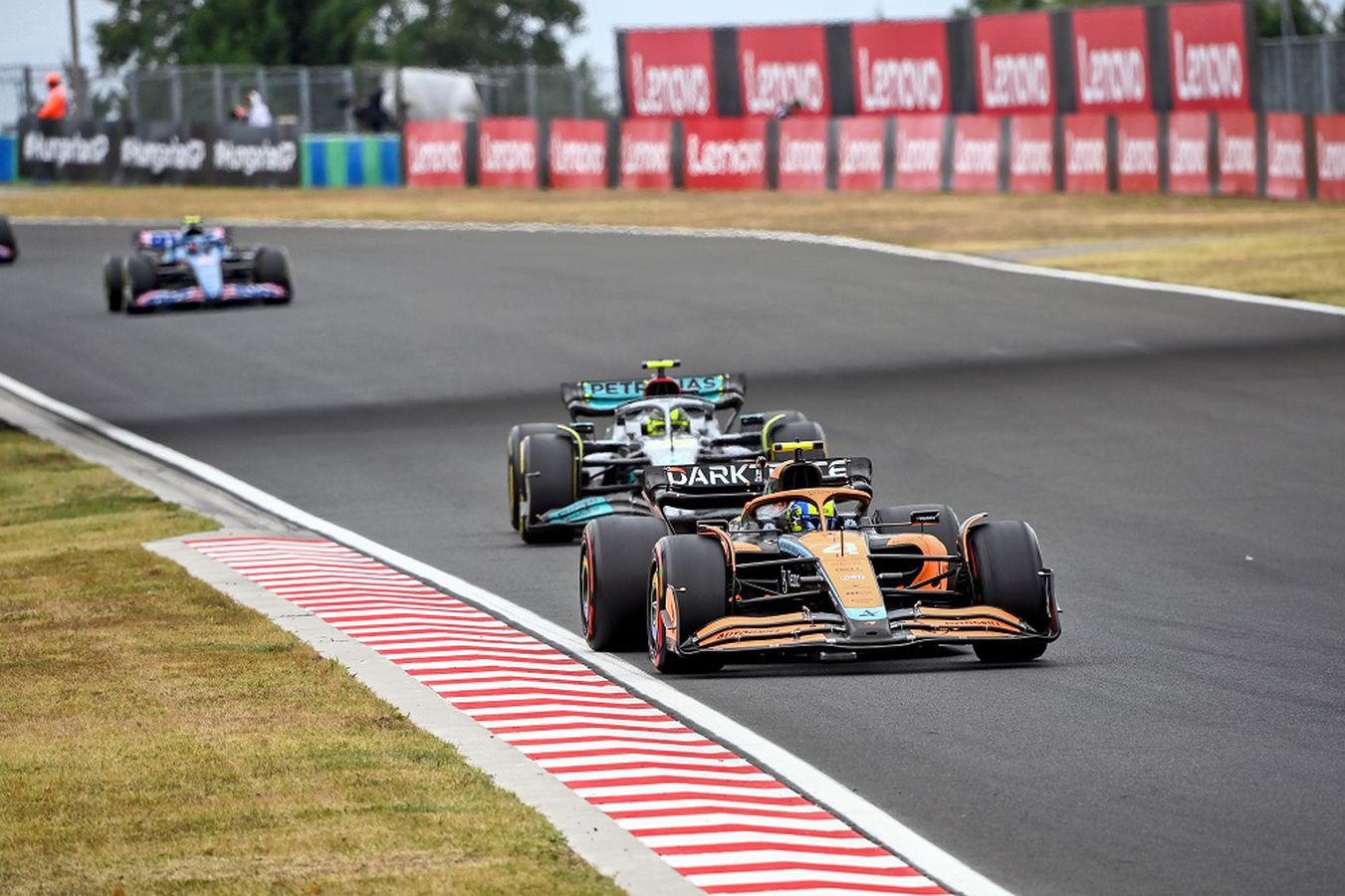 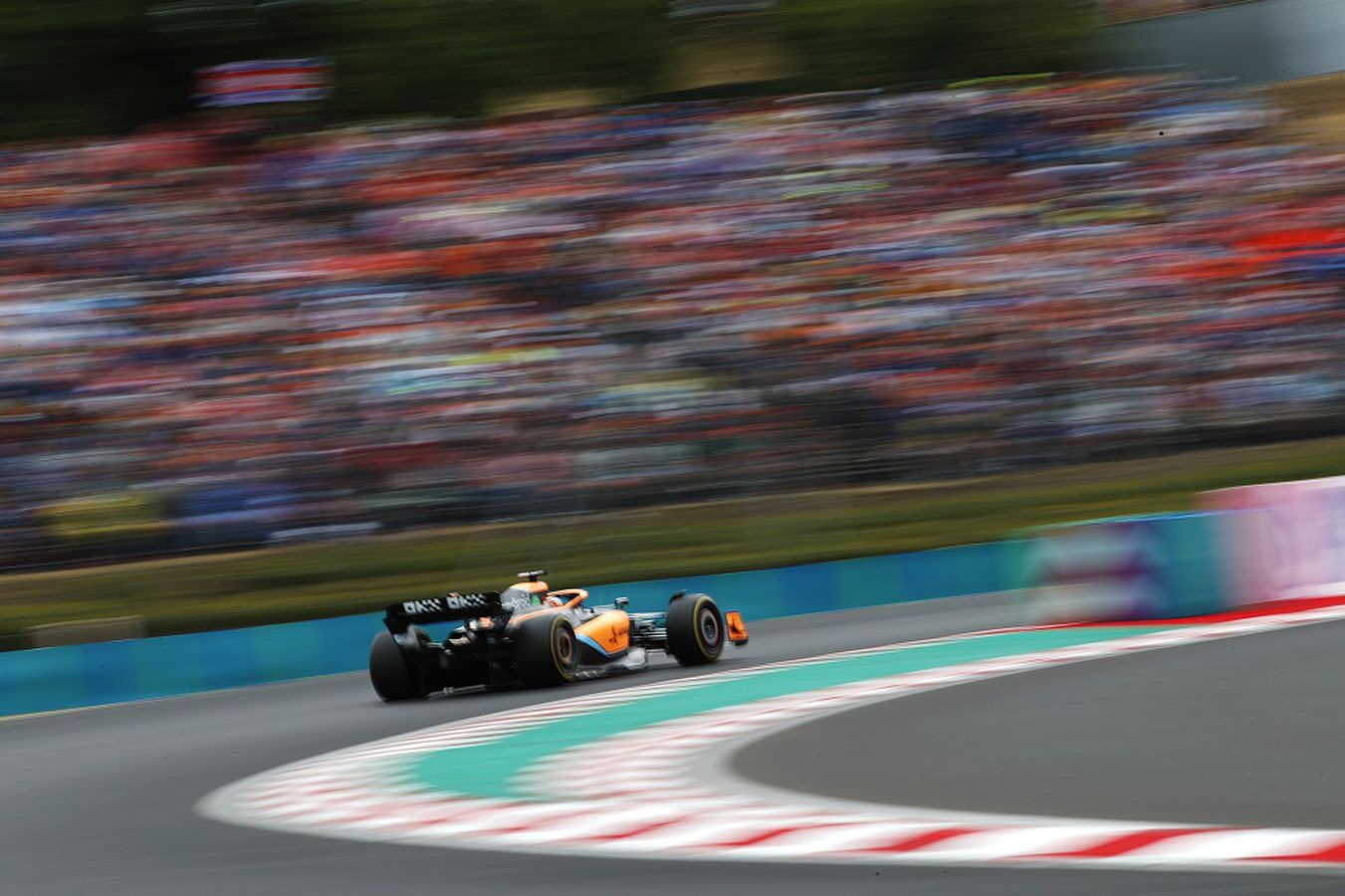 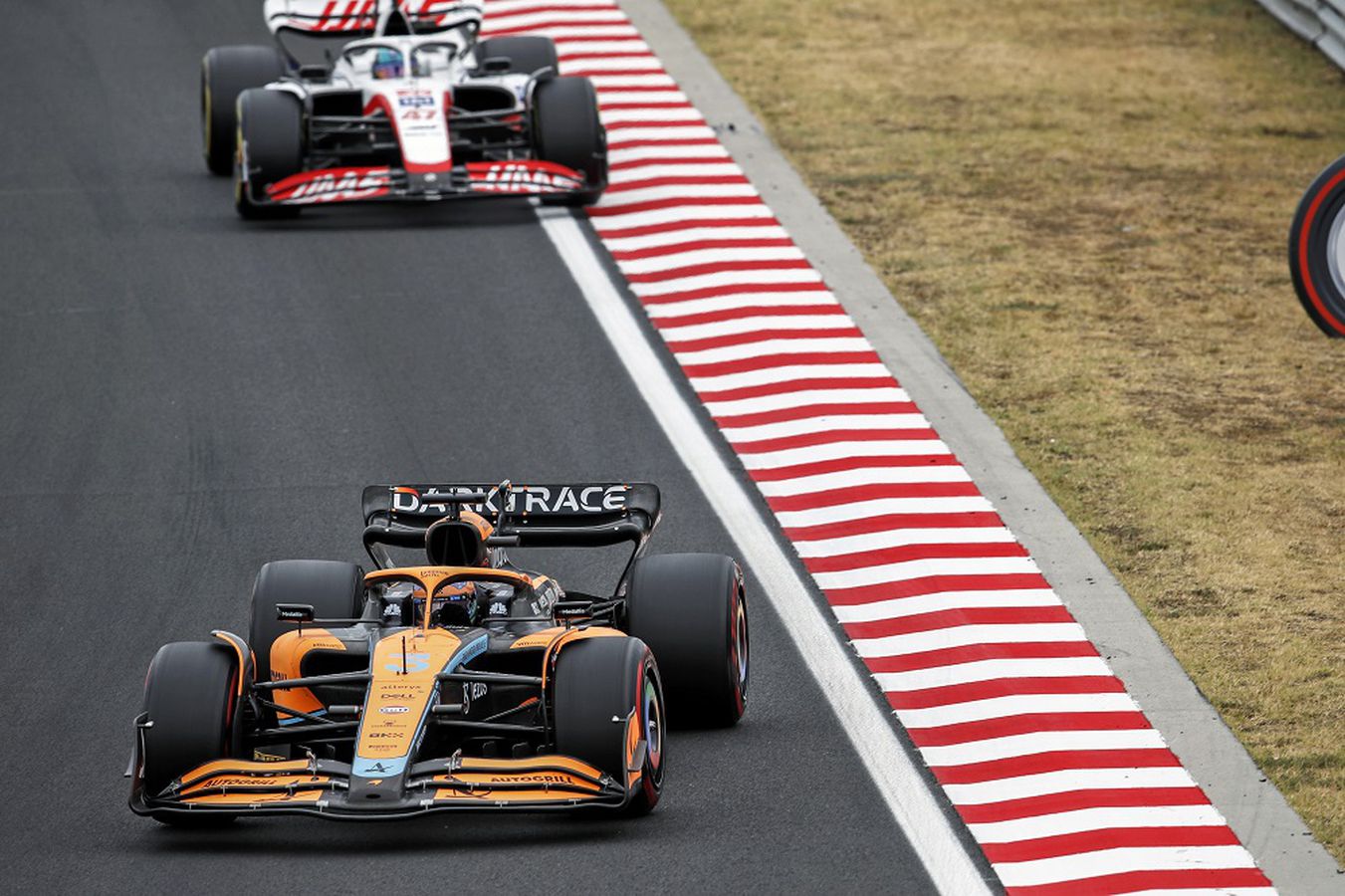 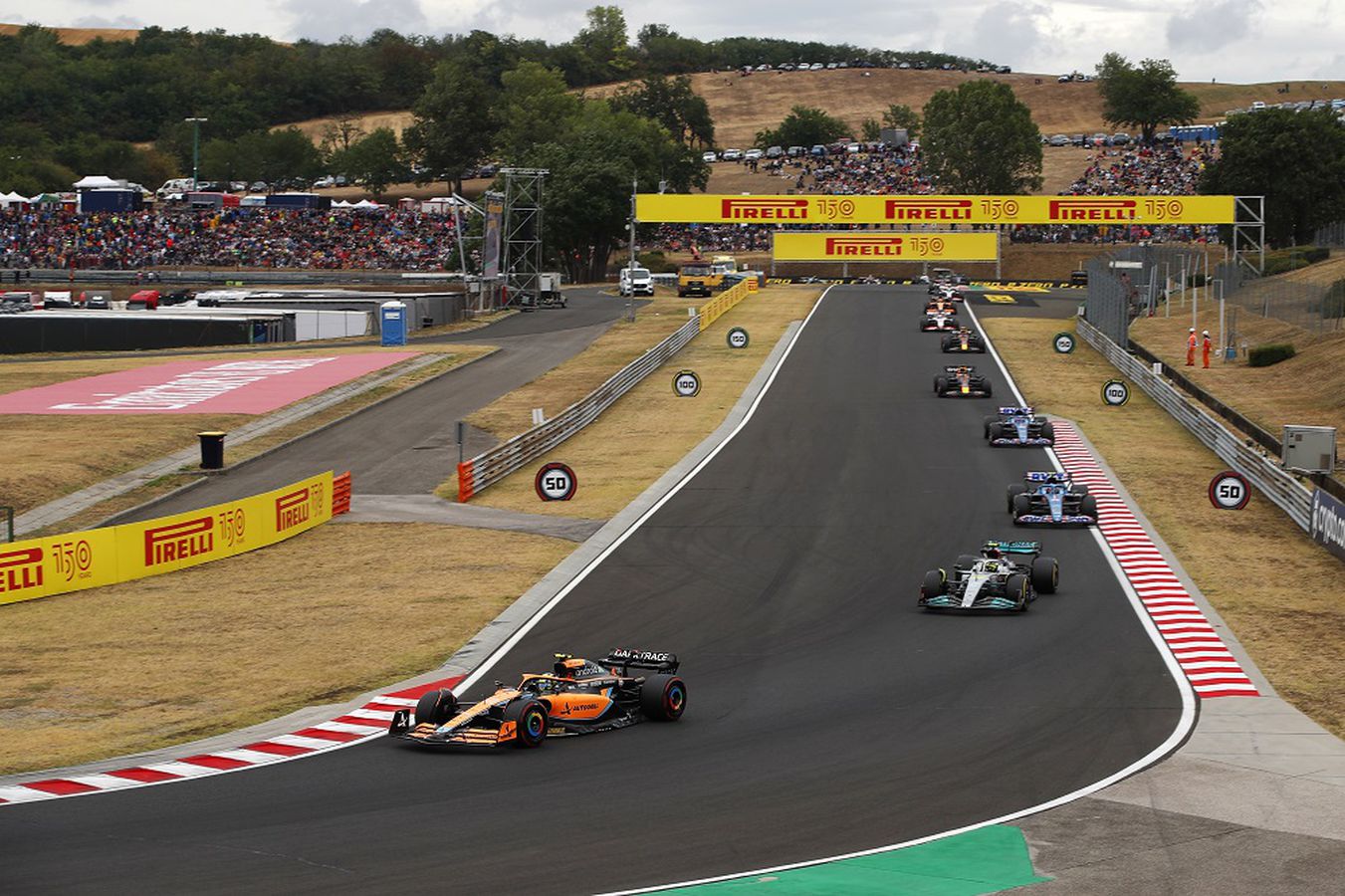 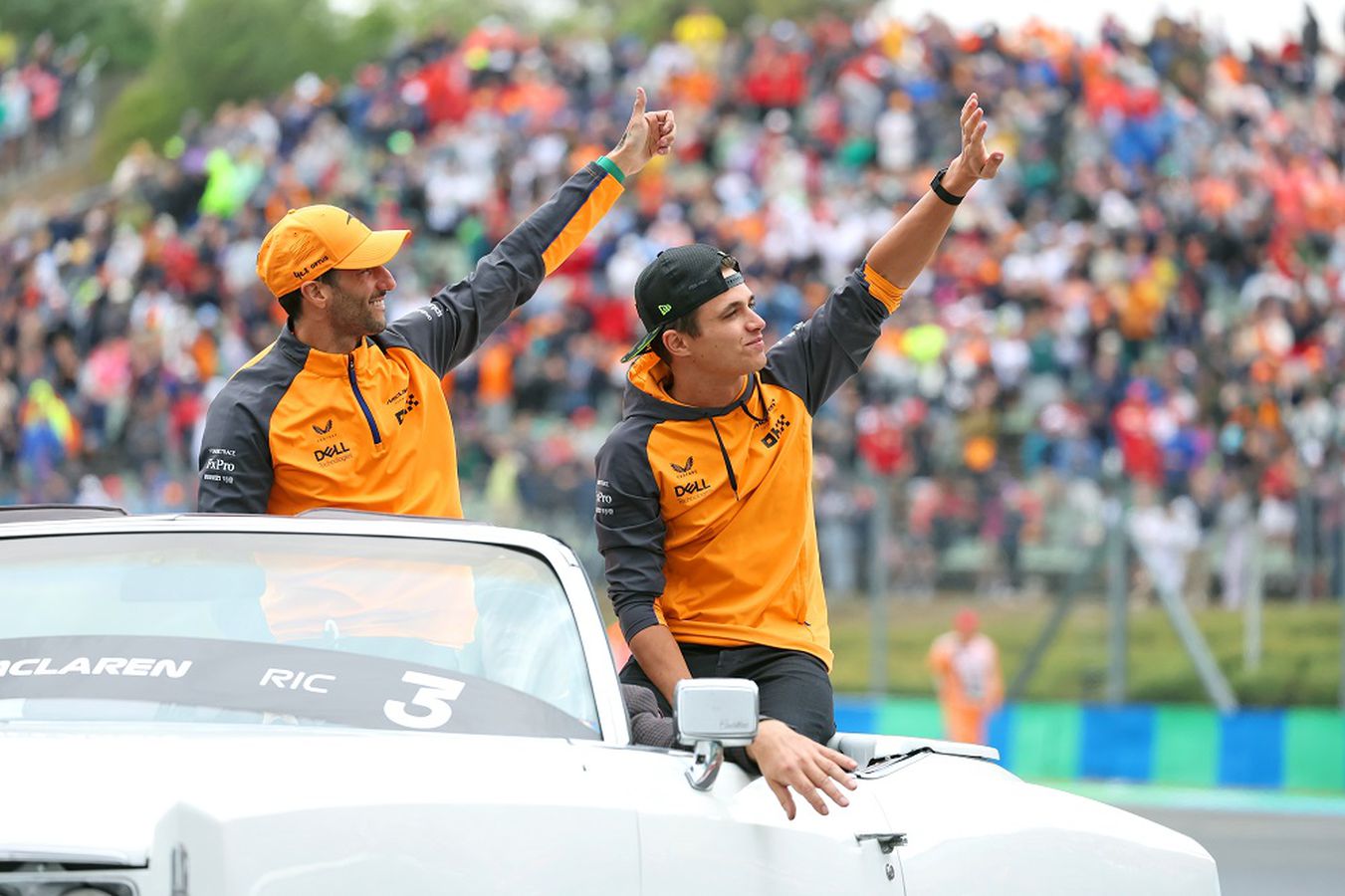 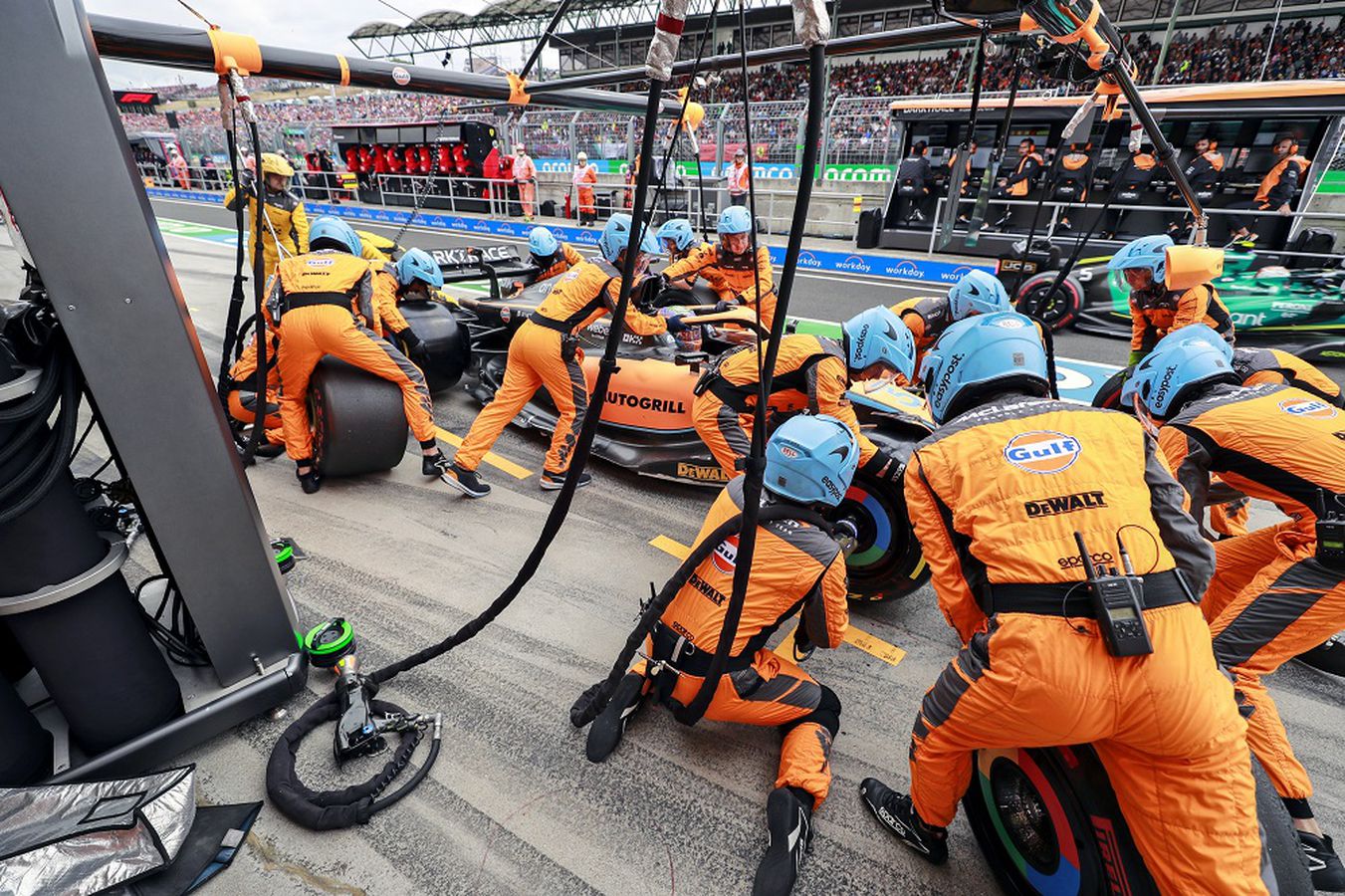 "It's the maximum we could do today with the cars ahead"

"It's the maximum we could do today with the cars ahead"

• Lando held his place at the start, brushing off a challenge from Hamilton at the first corner. Daniel lost two places, dropping behind Magnussen to P11
• Daniel reclaimed P10 from Magnussen
• Lando lost three places down the straight, with Hamilton, Verstappen and Perez all overtaking him
• Lando pitted on Lap 15 for mediums and returned P12. Daniel pitted a lap later for the same tyre and re-joined P16
• Lando passed Zhou and Bottas, moving into P7. Daniel jumped Alonso and Ocon going into Turn Two, for P10. He dispatched of Zhou shortly after, gaining P8, directly behind Lando
• Lando took Hards on Lap 43, returning in P9. Daniel switched to Hards five laps later, re-joining in P12
• Daniel picked up a five second time penalty for contact with Stroll, dropping him to P15 at the flag. Lando retained P7, ahead of Alonso

"P7, happy with that. After yesterday, of course we’d all wished for a bit more, but we just didn’t have the pace today with the quicker cars behind. We just did an extremely good job yesterday. I'm happy with it, it's the maximum we could do today with the cars ahead. Tough in places but seventh was the best we could have done for the points today, and we were ahead of our rivals.”

“Unfortunately, there were more lows than highs. The launch felt good but then I dropped a bit after that and I was almost middle braking into Turn One. I felt like I was in a decent spot but I remember an Alpine coming up high on the exit of Turn One and I ran out of room, so I had to get out of that, otherwise I was going to lose a wing. I lost momentum through Two and got done around the outside of Turn Two as well. So, it was a bit of a mess on the first lap. Then the Soft really fell apart and I didn’t have anything on that tyre. The Medium, it was a little bit better.  I was able to make a nice double-move on the Alpines, which was fun. I managed to hold off Stroll for a bit on the Medium and then, when we came out on the Hard, and he came out on a Soft, we simply had no grip. I tried to avoid contact but I couldn’t and unfortunately hit him, spun him around and got a penalty and then that was it. The Hard didn’t work for us, I could just never really get it working. I'm looking forward to the break, of course, and will try to come back with a little more speed in the second half of the year.”

“With all six cars from the top three teams finishing the race, P7 was the best we could achieve today – and we did it. The upgrade we introduced at Paul Ricard – and improved our understanding of here – put us into position to be the fourth fastest team, which is a great achievement. Lando executed a clean race today to take that seventh place but with the same strategy on Daniel’s side, we struggled to generate grip in the final stint on the Hard tyre and he fell out of the points.

“This is something we will have to study in the final week before the summer shutdown. Big thank you to everyone at the track, back at the factory and our colleagues at Mercedes HPP for the immense effort so far this year. Everyone should go away and enjoy the break, recharge our batteries and come back stronger for what should be a thrilling battle in the Constructors’ Championship. See you in Spa.”

How good are Lando and Daniel at reading each other's lips?

Which McLaren driver is a chef in disguise?