With the battle for third place in the Constructors’ Championship reaching its climax, we picked a very good weekend to have our smoothest race of the year. But just why were things so plain sailing? In our final strategy debrief of the year, in association with FxPro, we dissect the decisions from the pit wall that meant our strategy group had a relatively straightforward sign off from the 2020 Formula 1 season.

Race strategy is never simple – but some races are, perhaps, less complicated than others. The Abu Dhabi Grand Prix fits into the less complicated bracket (for complicated see this year’s Spanish Grand Prix). We went to Yas Island expecting a bar-room brawl of a race in the battle for third place in the Constructors’ Championship. The reality was rather more controlled; quite possibly our smoothest race of 2020 – though making it so involved some delicate decisions to be taken earlier in the weekend.

The Abu Dhabi Grand Prix was expected to be a one-stop race. While the Yas Marina Circuit has long straights, they begin off slow corners and overtaking is very difficult. Combined with low degradation on the harder compounds, and the unlikelihood of being able to build a significant tyre delta, track position is considered paramount. Pirelli suggested the optimum strategy was a Medium>Hard race, with a Medium stint of around 18 laps. Soft>Hard was also possible, pitting after 14 laps. The deciding factor was likely to be the ability of Medium or Hard starters to go long and emerge ahead of cars from the back of the top 10, required to start the race on the Soft compound.

Lando started the race in P4 on a used set of Soft tyres. He held the position at the start but was overtaken by the much quicker Red Bull of Alex Albon on lap six. When the Virtual Safety Car (VSC) came out on lap 10, he pitted and swapped to the Hard compound and ran that to the flag. The top nine cars all pitted during the VSC and did not change places relative to each other. Lando emerged from his stop in P6, behind Daniel Ricciardo who had started the race on the Hard compound and did not pit under the VSC. Lando followed Ricciardo until the Renault driver pitted on lap 39, whereupon Lando reassumed P5. 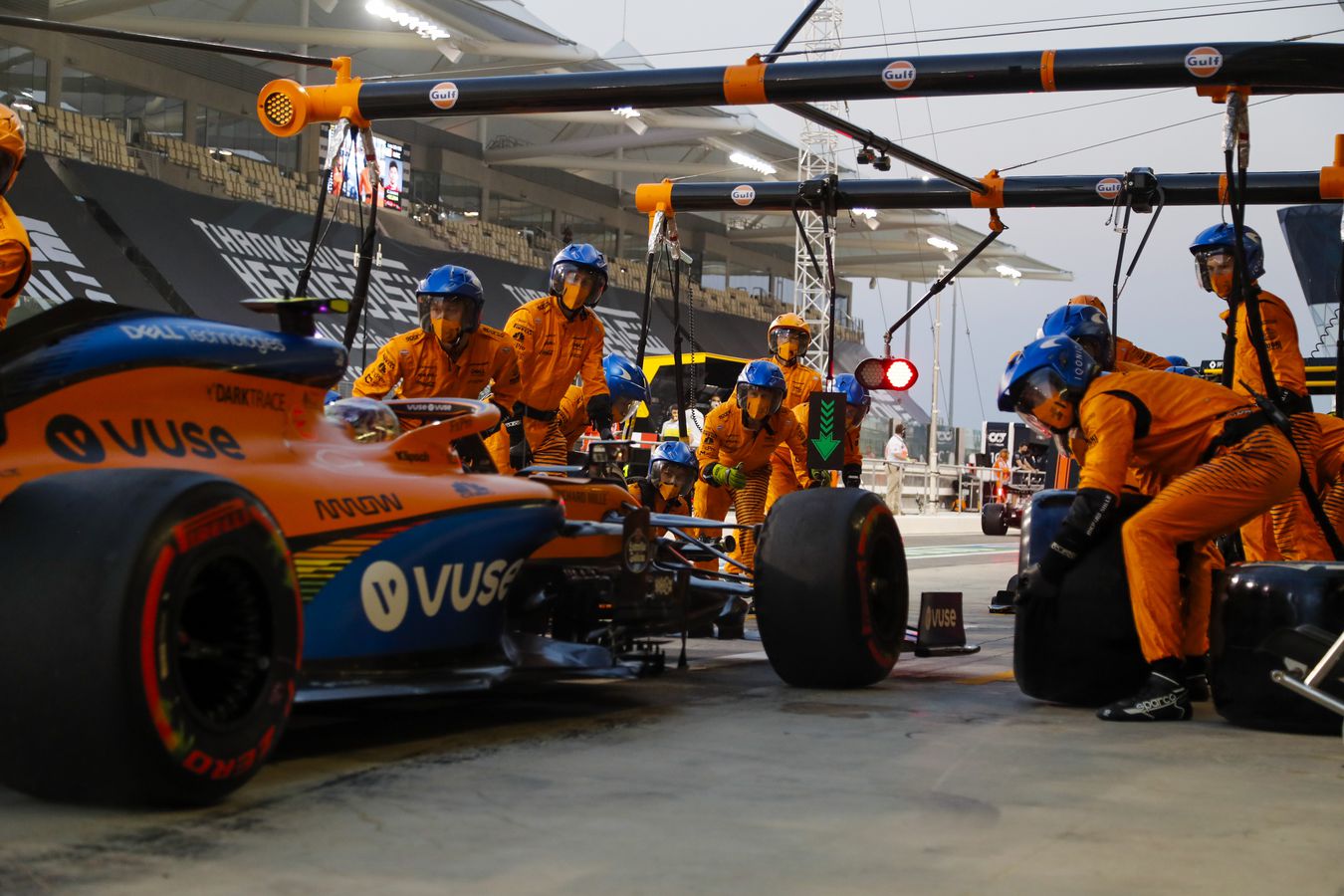 Carlos started the race on P6 on a used set of Medium tyres. He also pitted under the VSC and the pit crew did excellent work in a double shuffle to ensure he did not lose position relative to the other front runners. He emerged from the stop in P9, having lost places to Ricciardo, Sebastian Vettel (Hard tyre) and Charles Leclerc (Medium tyre). By this point the VSC turned into a full Safety Car. That cleared at the end of lap 13. Carlos immediately passed Leclerc for P8 on lap 14, and Vettel on lap 17 for P7. He held station behind Lando and moved back into P6 when Ricciardo pitted on lap 39.

Each driver started the weekend with 13 slick tyre sets in the standard Pirelli allocation of 8-3-2 – eight sets of Soft compound tyres, three sets of Medium compound and two sets of Hard compound. Two sets of tyres are removed from the allocation after each session. On Friday, both drivers got rid of a Hard set, a Medium set and two Soft sets, leaving them with 6-2-1. The rules dictate at least one set of each compound must be retained after practice, making the decision one of whether to go into qualifying with 4-2-1 or 5-1-1. Lando was happy with 5-1-1; Carlos was planning to go 4-2-1 – but wanted to leave his final run of the session late, to see what his likely rivals were doing before committing himself. 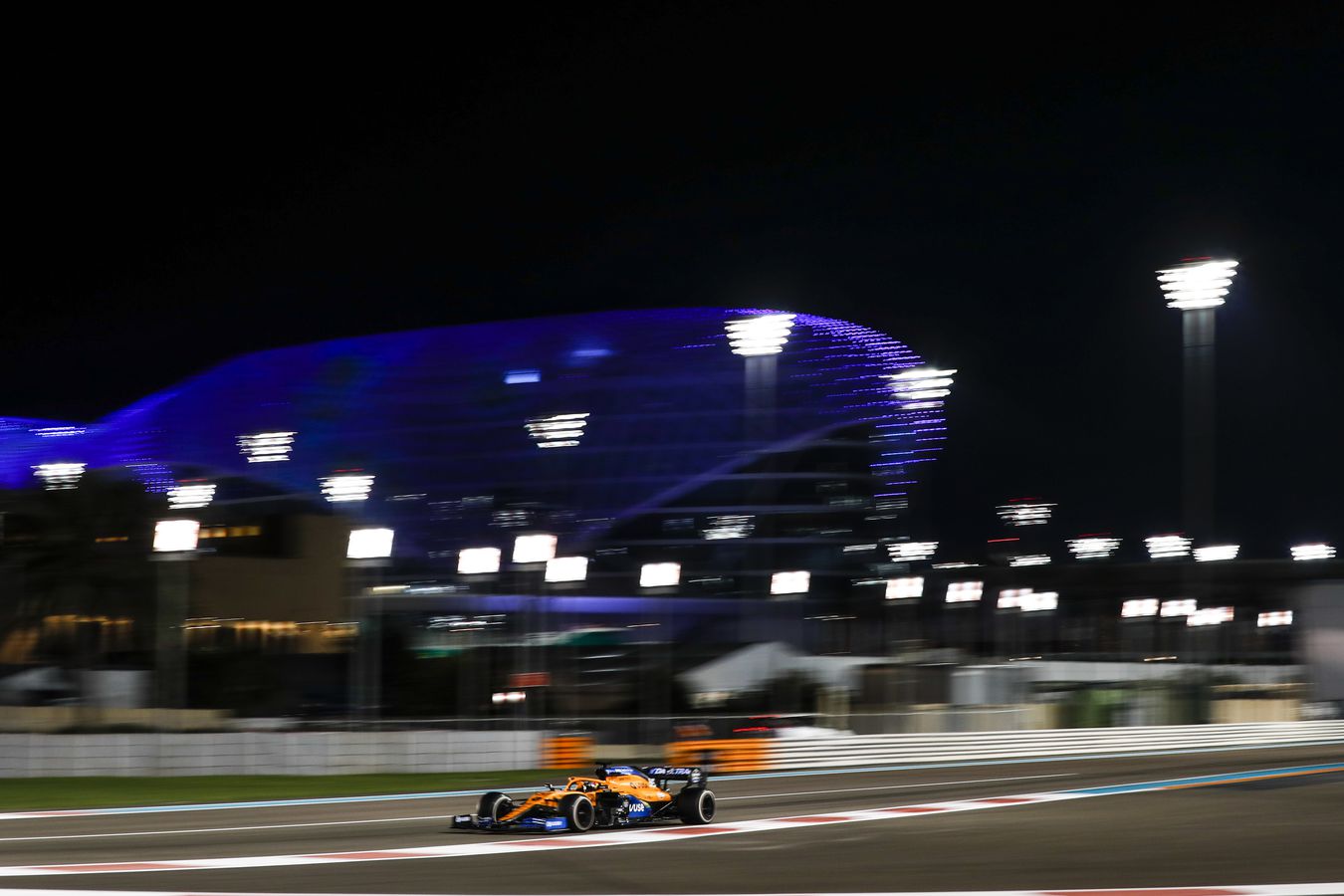 “We don’t mind splitting the cars if we think it’s the right thing to do – but it’s rare that we do it,” says Randy Singh, McLaren F1 Head of Sporting and Strategy. “We looked strong on Friday and one of the things in our consideration was how we could exploit that, making the most of our pace. With Lando, we were happy to keep building incrementally though the weekend and go 5-1-1 but on Friday night Carlos seemed a bit quicker and was a little more comfortable on the harder tyres. He was keen as well – which was a factor in the decision. We decided he would go 4-2-1 if we saw any of our competitors doing the same. So, in FP3, we waited, confirmed what other people were running and left ourselves an extra set of Mediums.”

In the end, the choices were largely rendered moot by the timing of the VSC, which prevented the various Soft/Medium permutations from playing out by obliging the front runners to pit at the same time, regardless of starting tyre. This was probably not a game changer, as the Medium tyres were not holding up much better than the Softs.

“I think, in reality, the performance of the Medium tyre at the start of the race was not dissimilar enough from the Softs to make any kind of meaningful difference and everyone starting on the Medium was likely to be drawn into the same stop sequence as those starting on the Softs,” says Randy. “If there hadn’t been a Safety Car, I think it was only going to be a battle of how long you could stretch it out before someone tried to undercut.”

When the Safety Car period ended, the wildcards were the drivers that did stay out. Starting the race in P10 or lower, they had little to lose from a long opening stint and the potential to make up ground either via performance or another disruptive event later in the race.

Carlos was able to use the combination of better pace and a tyre delta to pass both Ferraris, and then he sat behind Lando, with Lando sat behind Ricciardo. Having explored the potential of passing the Renault early in the stint and conceded it was going to be very difficult and liable to take too much life out of the tyres even if eventually successful, Lando settled in with a comfortable gap and waited for Ricciardo to pit. 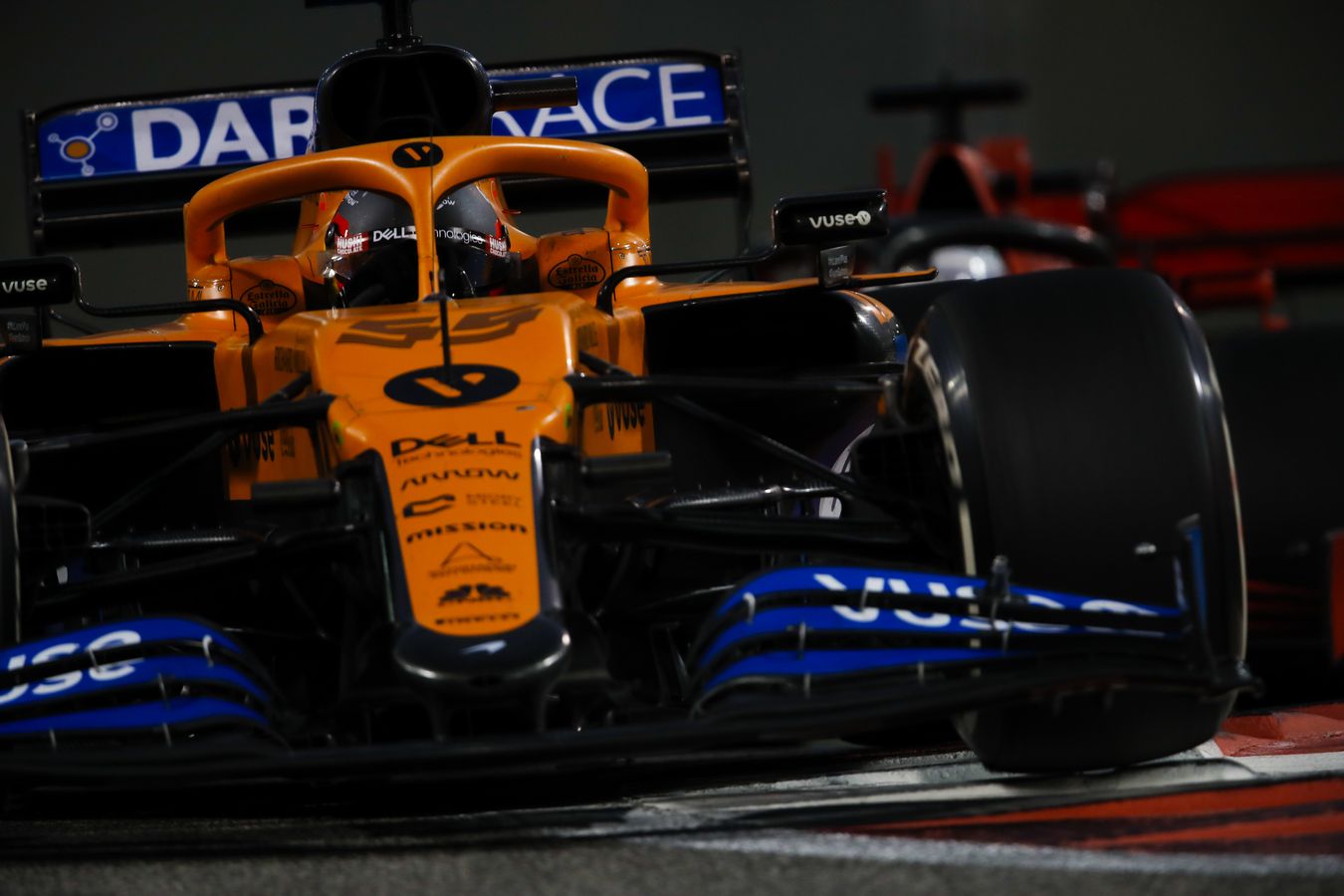 The dangers at this point were whether the Hard tyres would be sufficiently durable to complete more than 80% of the race distance. In this regard, Ricciardo and Vettel, both on Hard tyres 10 laps older, were good data points. When it became apparent that the Hard tyre would have the legs to get to the flag, the remaining question was Ricciardo and whether, after his stop, his short stint on the Medium tyre would allow him to catch and overhaul the Carlos and Lando.

“There was some risk after the Safety Car that the tyres wouldn’t make it to the end, so that was our first concern, and a pretty natural thing to be concerned about,” says Randy. “Then, it became quite clear that we would get to the end and it effectively became a question of how we should approach the race tactically with Ricciardo in front of us.”

With this in mind, both drivers were instructed to keep their pace up, staying close to Ricciardo to ensure he ran out of time to close the gap at the end of the race. In the end, after a couple of spirited push laps, his tyres began to degrade rapidly, and he backed off with around laps to go.

With the 18 points for fifth and sixth enough to secure P3 in the Constructors’ Championship, there was no great incentive for either driver to do anything in the last 10 laps other than bring the cars home. Nor, realistically, was there any opportunity: a pit-stop would have left Lando behind Ricciardo, whereas Albon running fourth was already 40 seconds up the road. That statistic, however, is now a problem for next season.

A message to the Tifosi

"So, at this time of goodwill to all people, we send you a gift"

Signing off the year in style at the Abu Dhabi GP