Your briefing for the Hungarian Grand Prix

Your briefing for the Hungarian Grand Prix

Got your pass? Check. McLaren kit? Check. Okay, good, now switch off your phone and follow us through the glass doors and into the Paddock Performance Centre. Grab a coffee on your way in, and we’ll get started with our engineering briefing for the Hungarian Grand Prix.

The narrow winding streets of the Hungaroring make for a very technical challenge, increasing the importance of qualifying and one-lap pace. That's something we'll be exploring during practice, as well as the continued testing of our recent upgrades, which were installed ahead of France. We'll also want to pay close attention to kerbs this weekend to work out how much of them, if any, we want to take.

Adrian Goodwin is leading this weekend’s briefing, and there’s plenty on the agenda. Take notes if you need them, but please keep them to yourself.

We’re expecting a little bit of bad weather tomorrow but the forecast for today is clear, and we’re planning a normal run programme. We have the usual goals of understanding tyre life, looking at rear ride height, and also a few experiments as we further develop our understanding of the upgrade introduced last weekend.

Having run with quite a low downforce level in France for the long straights, we’ll be putting everything back on this weekend for the Hungaroring. There aren’t any specific tests linked to that, but there’s a few things we might like to learn.

Tyre behaviour is a big issue this weekend because the Hungaroring tends to be very close between one and two stops. Given this is a difficult track on which to overtake, it’ll be very important to learn how much life we can get out of the Soft and Medium compounds.

It’ll be quite tricky this weekend because we’re expecting Sunday to be quite a bit cooler than today, so there will be quite a lot of extrapolation required. 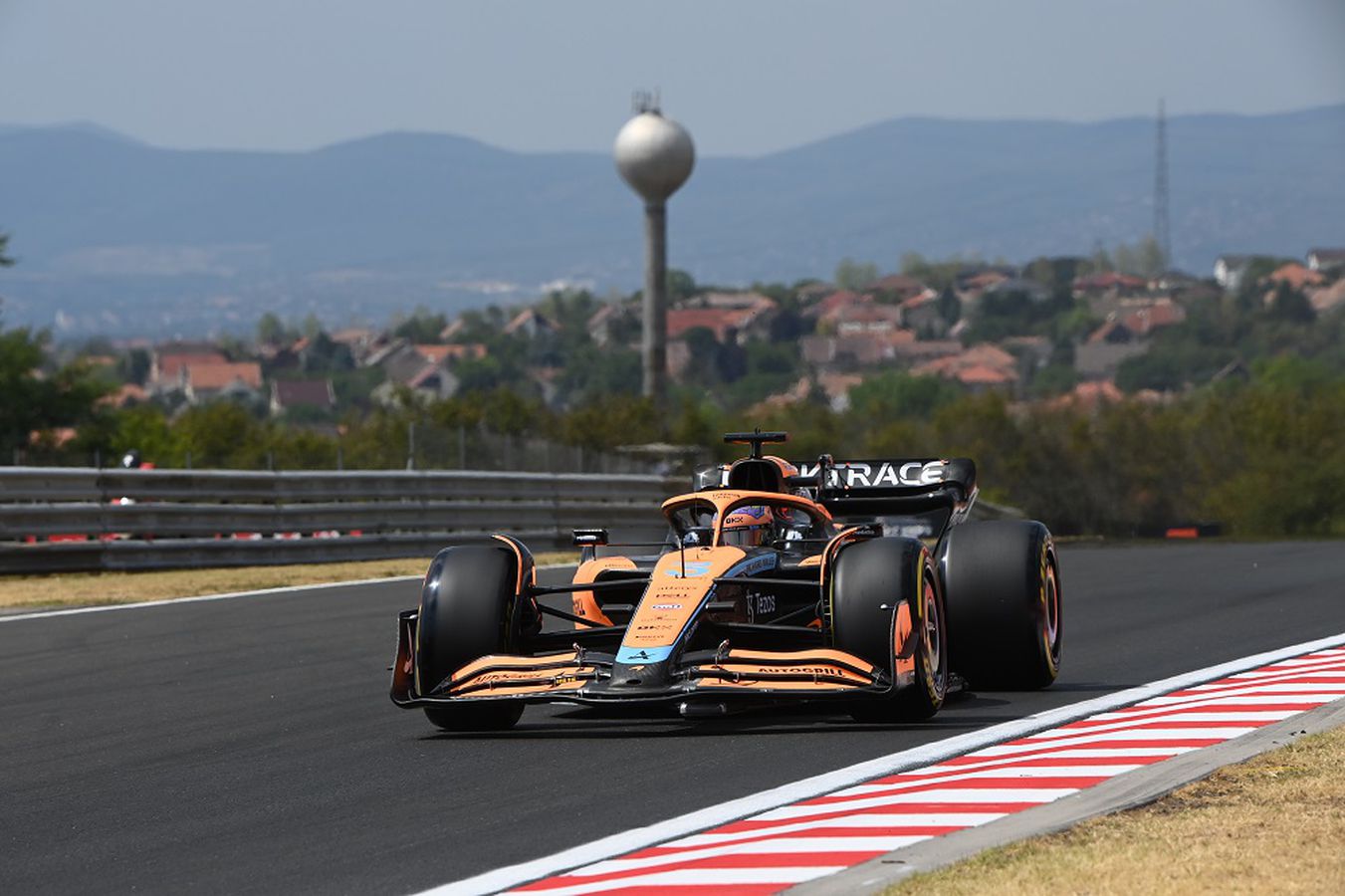 We did a lot of work at Paul Ricard with the new aero package but there’s always a few more tests to understand it a little better, and to see how much we can get out of it. Our upgrade in Spain changed the car characteristics quite a bit. The one in France is a smaller step – but there’s still more to learn.

At the start of FP1, you’ll have seen an aero rake fitted to Lando’s car to gather more aerodynamic data. That’s not necessarily data required for this weekend but rather part of the longer-term development process.

With the bigger rear wing, we add in more flap on the front as well. That will change the interaction between the new floor and the front wake. We’ll want to try a broader sweep of front wing flap levels, to see how floor load changes. It’s the sort of test we’d want to repeat anyway – but it may produce different results in Hungary.

The Hungaroring is a circuit with a heavy qualifying bias, and thus one-lap pace tends to take precedence. While this year’s tyres seem a little more robust than last year, it isn’t a circuit on which the drivers can push all the way around the lap.

The standard approach is to open the lap with the tyres a little on the cold side. The fronts don’t bite quite so well in Turns One and Two, and front-locking can be a problem – but that will give you rear tyres in the best shape for the final sector, and make your lap quicker overall.

It’s quite a difficult balancing act getting that tyre preparation just right, and something we need to study during practice.

The new aero package has changed our approach to cooling the car a little bit. We did a lot of work to study that in France, more than we usually would, simply because the temperatures were so high.

While we’re not expecting Sunday to be so hot, this is a track where cooling is a significant factor, because overtaking is difficult, and it’s easy to become trapped in a DRS train, with reduced airflow. The qualifying bias means we want to close the car up as much as we can for one-lap performance – but not so much that it compromises the race.

Brake cooling falls into this category. The Hungaroring isn’t a high-wear track like Canada, but when the car is following another, the airflow into the brake ducts is reduced and the caliper temperatures rocket. The brakes run hot, wear increases, and it can be a problem. Something to study in practice by running in dirty air on purpose. 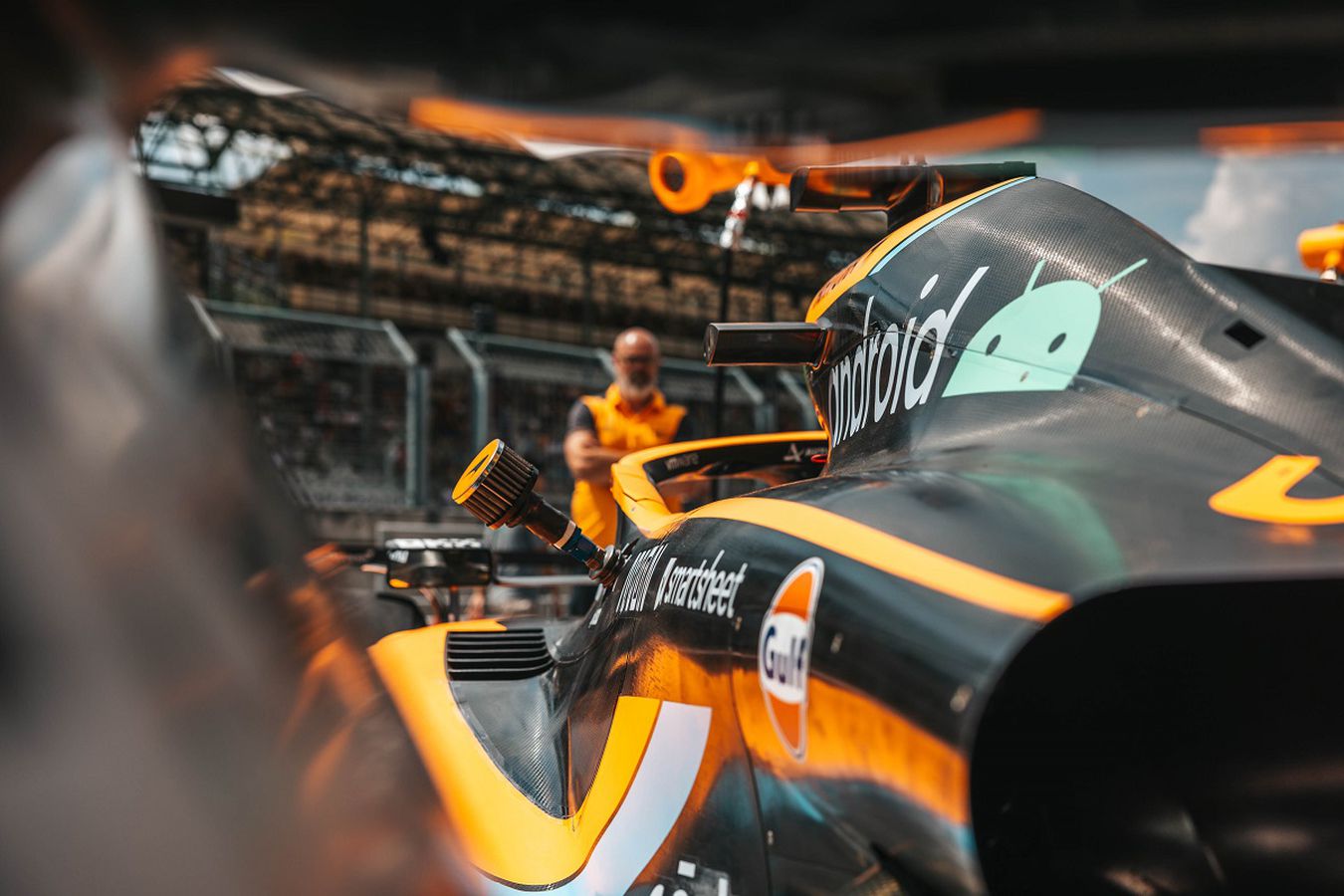 Kerbs are an issue in Hungary, and we’ll be paying particular attention to the T6-T7 chicane, to figure out whether we run or avoid the apex kerbs, and if we run them, how much we can afford to take.

The reference everyone uses for things like this is last year’s Mercedes. That was already running quite stiff, and they were avoiding the sausage kerbs in the chicane. That raises a flag for everyone this year, with the ’22 cars all running very stiff.

The exit from the chicane is very important, to get the right line into the next sequence, and the cars are aiming for a very narrow strip of concrete on exit. Get the car unbalanced through the chicane and that compromises the exit, gets the wheels on the grass and costs a lot of lap-time. It’s a very fine margin.

The compromise here is how much of those kerbs – the ‘normal’ red and white kerbstones and the big orange sausages – do you want to run? The cars are running so stiff this year that, if you hit that kerb, it's going to knock the rear out, cause you to skip wide of the apex and mess up your positioning for the next one. 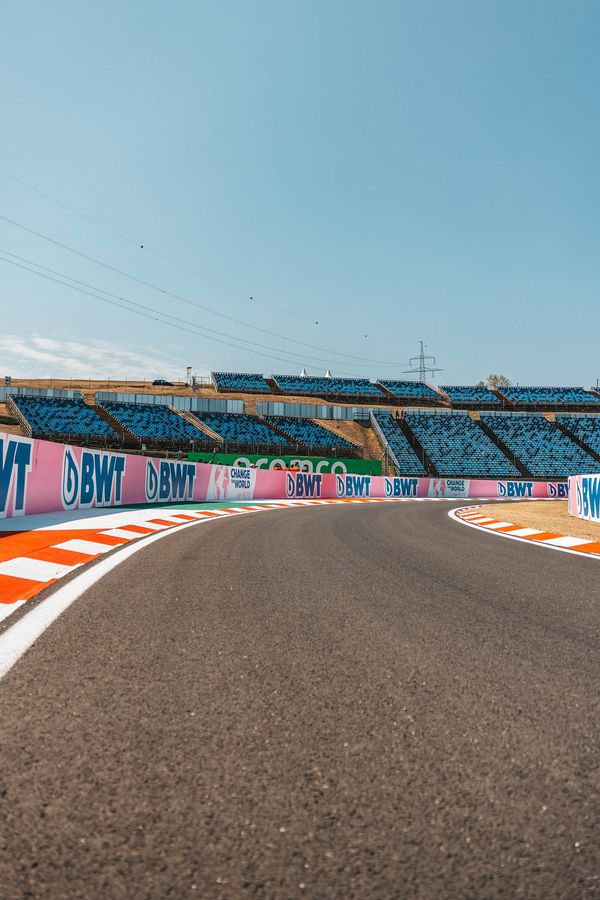 You can compromise the set-up to run more of the kerb, but it’s going to cost lap-time in other corners. Is it worth it? Something to experiment with – carefully.

We have to be a little bit cautious with this because we don’t carry an abundance of spares – but equally, we can’t be overly cautious. There’s no point in starting with the ride-height too high, as there’s a point at which you’re not generating much learning. We’ll start with the car at a point the simulations say is sensibly safe.

We’ll also expect the drivers to be responsible and build-up how much of the track they’re using, rather than going flat-out on the first attempt.

There’s no point in having them avoiding kerbs they’ll have to use in qualifying, but we’ll want them to approach that in a sensible way, and we’ll check the floor after each run to make sure we’re not starting to see damage. It’s a circuit to attack… carefully.

Briefing complete. Time for Lando and Daniel to head out onto the track so we can collect some data and put our hard work to the test.

Who's Hungary for another pop quiz?