“What a final event. Winning the Drivers' and Constructors' Championships, plus the pole and win in Brazil has made it a year I will never forget. I had three very clean races: my focus was just to bring it home and we did exactly that. I could not have done it without the amazing team at McLaren Shadow and I’m unable to thank them enough for what they’ve done for me. What a way to round out 2022.”

“The last event of the series didn’t quite go to plan for me but to come away with the Constructors’ Championship is an amazing feeling. Whilst the Drivers’ Championship wasn’t meant to be for myself, I am really happy for Lucas and the whole McLaren Shadow team. My podium finish in Brazil was a nice addition to this year's results and I’m feeling in a strong position for next year.”

“To be able to say that we’ve won both titles is an absolute privilege. Lucas ran a great event and I’m so happy for him and his title win. He also did brilliantly in Brazil to convert his pole position to his fourth win of the season. Whilst Bari didn’t quite make it in the Drivers’ Championship battle, he still finished on the podium in Brazil and had some great drives. It’s been a solid event to finish off a fantastic year. Thank you to McLaren and the entire team, it's been amazing to be a part of it all.”

Lucas ends the season as Drivers' Champion with 181 points. Bari finishes fourth with 149 points. In the Constructors' Championship, McLaren Shadow finishes as champions with 330 points. 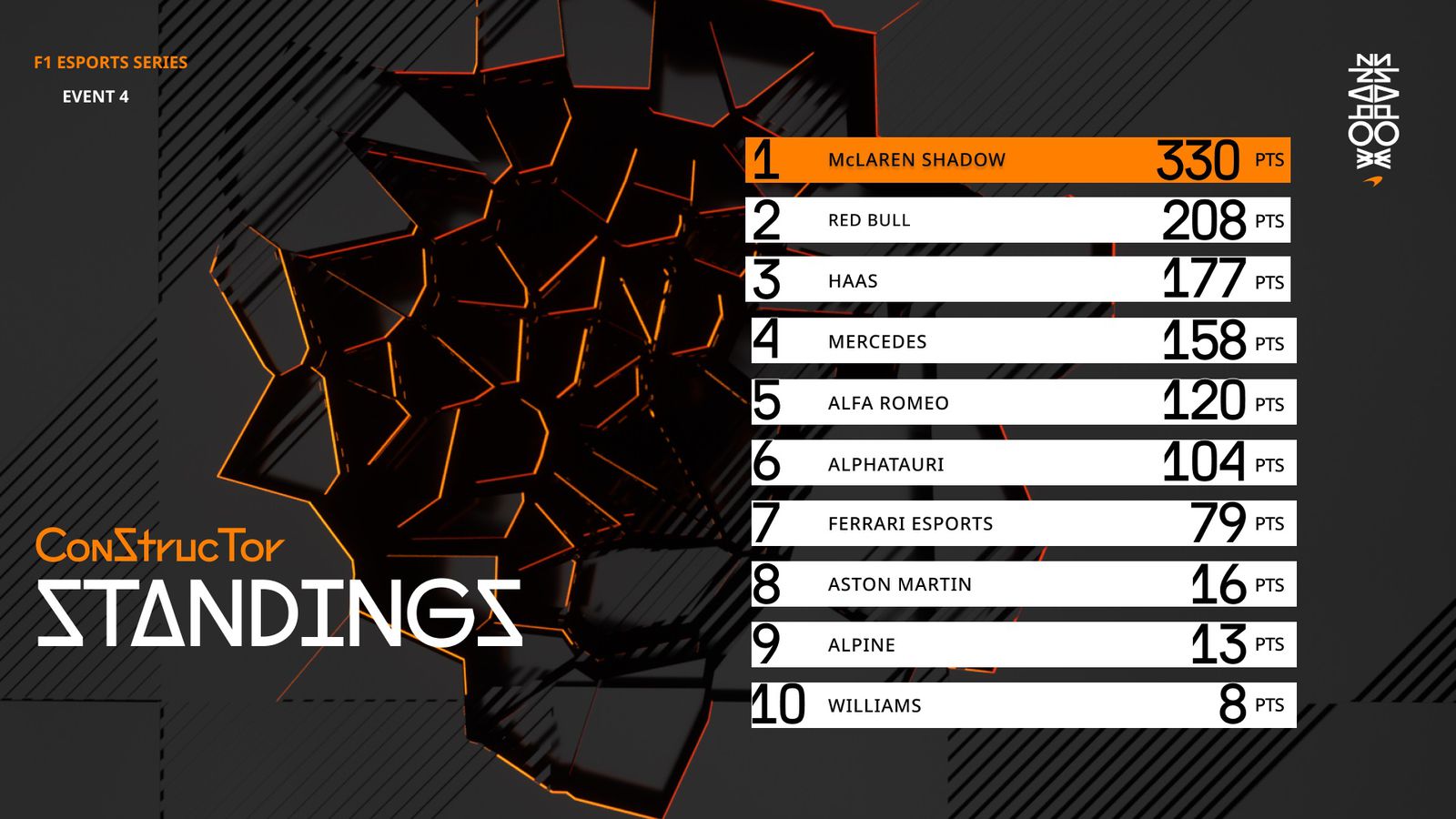