Formula 1 has always been a sport infatuated with its own history but that infatuation is more than purely symbolic. While there remains ample space for drama, inspiration and general magnificence, the value of number-crunching cannot be ignored. Rather like the Scouts, the mantra of F1 is to ‘be prepared’. Past performance is always the baseline for the next race. Delve deep into the labyrinthine undercroft of the McLaren Technology Centre and you’ll find set-up sheets going all the way back to the days of Bruce and Denny and, while our current race engineering department don’t venture quite that deep into our history, in the normal course of race preparation, they’ll study intently the last few years’ worth of race data, while the strategists may look as far back as a decade to judge things like the likelihood of a Safety Car. But what happens when you can’t do that?

What happens when the forthcoming race is, in data terms, a black hole? This comes in many forms, and we’re experiencing most of them at the back end of this season. Yas Marina, after Jeddah, with its new banked corners is the mild version, with a well-known quantity being changed into something new; conversely, Losail, last time out presented a stiffer challenge, with F1 never having visited for so much as a test session, and information from other four-wheeled sources sketchy at best. It was, however, far easier to plan for the Qatar Grand Prix than for a Saudi Arabian Grand Prix that is being held on a circuit so new, the paint is still drying. 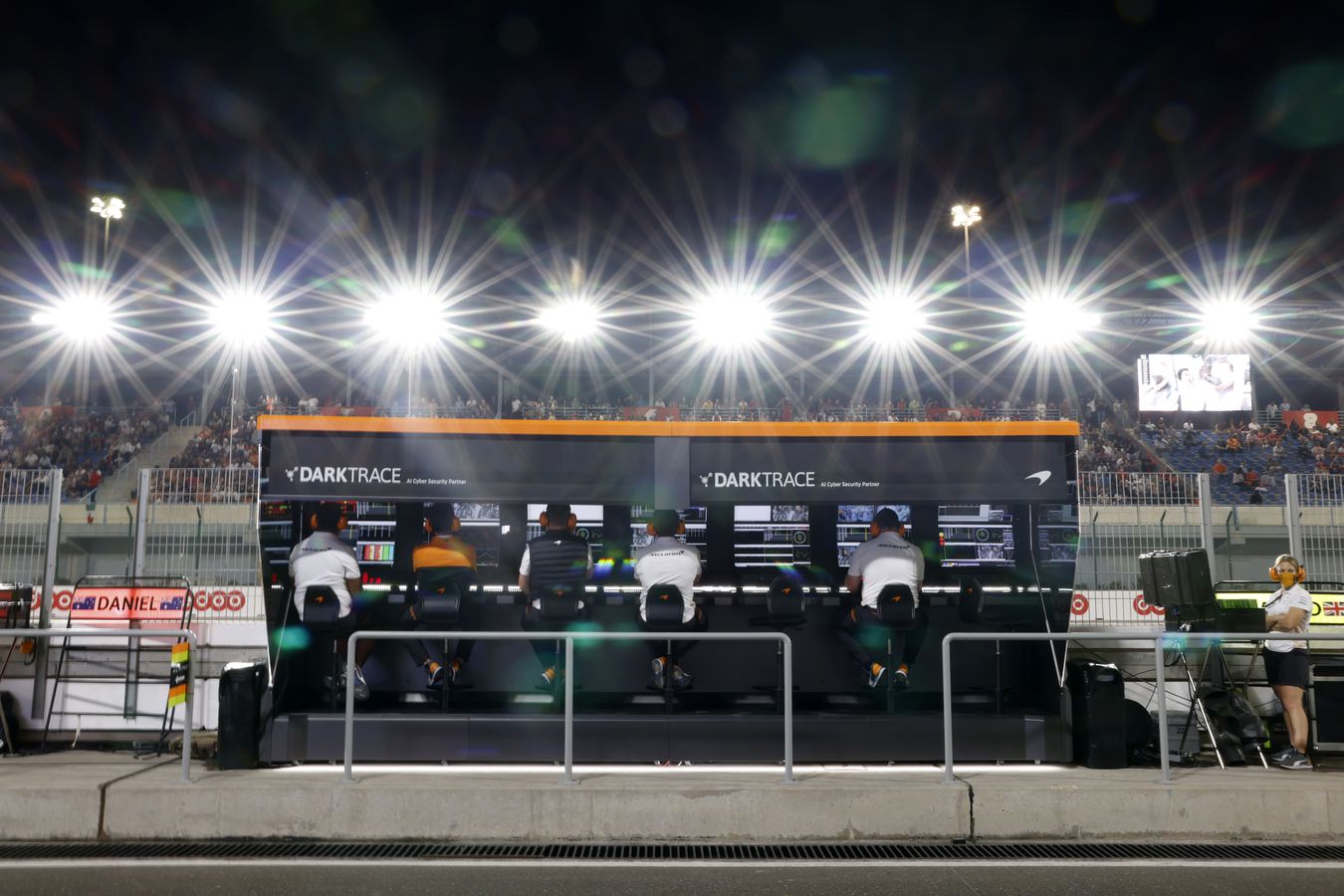 So, what does the team do to prepare? Lots of people enjoy surprises and absolutely none of them work in race engineering or strategy for a Formula 1 team. Planning in the weeks and months before a race is tasked to minimising guesswork once the team arrives at the circuit. This is crucial. With limited time and a limited allowance of fresh tyres, there are only so many opportunities to try things at the track – particularly in this season of shorter practice sessions. If the baseline car is good, then those set-up experiments can be tasked to adding performance, rather than fixing underlying problems. It’s a similar story with strategy: if the team arrives with a clear idea of the likely strategy, it can deploy its practice session tyre allocation to investigate the key strategic parameters: for example, it would be a waste of time spending most running laps on the Hard if the race was expected to be a clear Soft>Medium, one-stop.

At most circuits, historical data from the last few seasons is the guiding principle in making these baseline assumptions, and by this point of the year, it is used in conjunction with data from similar circuits visited in the first half of the year. For a new track, the historical data doesn’t exist. Each part of the team therefore has to start its preparation from first principles.

“Pit-loss, tyre behaviour, overtaking,” says Randy Singh, Director of Strategy and Sporting, ticking off the primary topics his group needs to understand before making strategy recommendations. “We need to understand all the key parameters so that we can know how many stops we are likely to make, what the strategy for the race is going to be, which tyres are preferred and so on. We want to know it before we go to the circuit, because that knowledge is going to influence what tyres we use [and remove from the allocation] on Friday and Saturday in practice.” 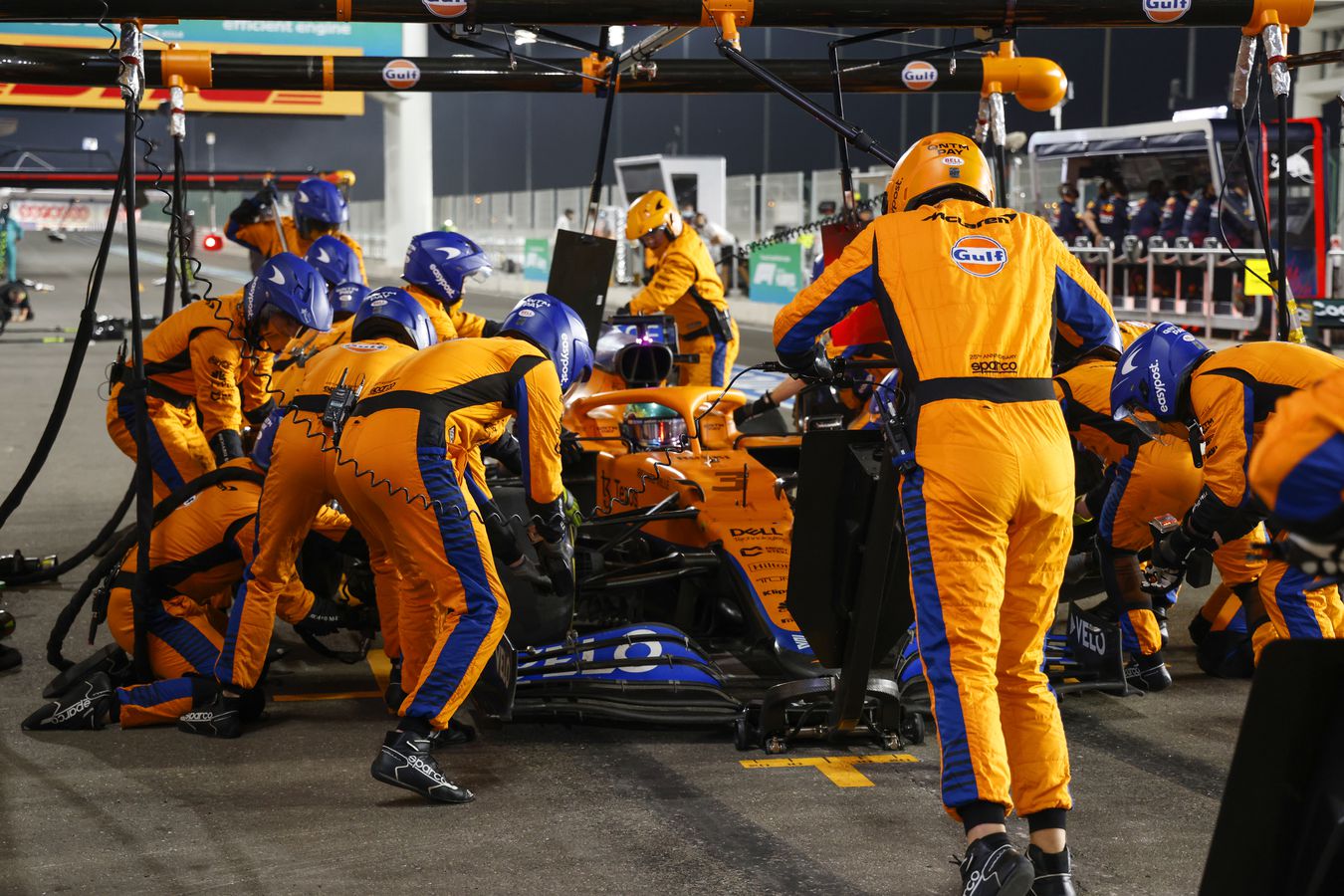 For tyres, the task is to estimate the impact of the track layout: how much energy pours into them; how rough the surface is; whether they’re likely to grain or blister. While simulation tools – both the offline kind and the driver-in-the-loop simulators – have become highly sophisticated, tyre performance remains difficult to predict, with the team relying on track scans and data gathered by Pirelli on the abrasiveness (or lack thereof) of the surface to provide initial values.

“At a new circuit, more than a normal event, you expect things to change from your pre-event expectations,” says Randy, “so there will be more effort than usual on checking how the tyres are behaving in FP1, and then updating measures even inside FP1, while also looking at what we want to do for the next session.”

For working out pit-loss – quite simply the time lost by making a pit-stop – at a new circuit, the team has various methods at its disposal. “We have a number of ways to estimate pit-loss,” confirms Randy. “The simple one is just using the circuit layout drawings: you can try to work out what speeds people will do on the racing line and through the pitlane, and that helps you work out how much additional time it takes a car that is pitting versus one that isn’t – though we also have the simulator which helps us estimate the pit-loss as well.”

The final element of the strategy discussion revolves around overtaking. On tracks where overtaking is expected to be very difficult – Monaco, Imola, the Hungaroring, for example – the use of the practice sessions and the eventual set-up is biased heavily in favour of qualifying: at tracks where affecting a pass is expected to be straightforward – Shanghai for example, or Baku – preparation for the race is considered all-important: “We get driver feedback from all of our drivers, including our simulator drivers, on how difficult or easy it will be,” says Randy. “We also consider the track layout and measure sections of a new track with similar sections from other tracks to get an idea of how it compares. From this, we come up with an estimate of where the overtaking delta falls. And again, we’ll update that in FP1 and FP2 on Friday, asking the drivers when they’re following another car or they’re being followed, how easy it is to defend or overtake.”

If the strategy department determines what we want to do, then the job of race engineering is to figure out how we’re going to do it. All of this work relies heavily on the use of simulation – but not all of it in the way that most people assume. The driver-in-the-loop simulator tends to attract the attention but the bulk of the team’s simulation efforts are offline, sweeping through many iterations of set-up to determine wing levels, ride-heights, stiffnesses and so forth purely in software. The most promising outcomes are then transferred to the driver-in-the-loop simulator. Here we have our test and development drivers Oliver Turvey and Will Stevens working with the simulator’s own engineering team to refine the set-up. They start this process months ahead of the race, but as the date draws nearer, they’ll be sharing sim time with the race drivers and their own team of engineers who come into the sim to add to the process and do their own preparation. For the Jeddah Corniche Circuit, Oliver started sim-ing the circuit in the early Autumn; the race drivers started their sessions after the recent race in Qatar.

The value of this does, of course, depend on the quality of the simulation. With an established track, there’s a variety of data sources available, and the teams are able to buy off-the-shelf maps, and combine those with their own telemetry from previous years, track scans and other data points to produce something very accurate. With a brand-new circuit, it’s a little more basic. Maps are built from the architectural drawings before the circuit is completed and then greater fidelity is added as more becomes known about the circuit – perhaps from 3D scans or Pirelli data. “The maps in the simulator are pretty good,” says Randy. “We can use them to help the drivers practice and become familiar with the track. With limited running of just two hours on Friday, and realistically only four tyre sets, we want to make sure the drivers are spending as little time learning the track as possible, and much more time optimising their performance.”

Even for a well-known circuit, the simulator is not completely faithful: surfaces change and are patched, subsidence creates undulations, kerbs are replaced, the weather varies from year to year, and first runs on Friday are often about finding the differences between the old and the new. With a new circuit, that’s even more the case. “The simulator won’t be perfect,” acknowledges Randy. “The drivers will need to do laps in practice to really familiarise themselves with the exact nature of the track: exactly where you can brake; where is the grip level; are there different reference points that you use? A large part of Friday will be driver familiarisation.” 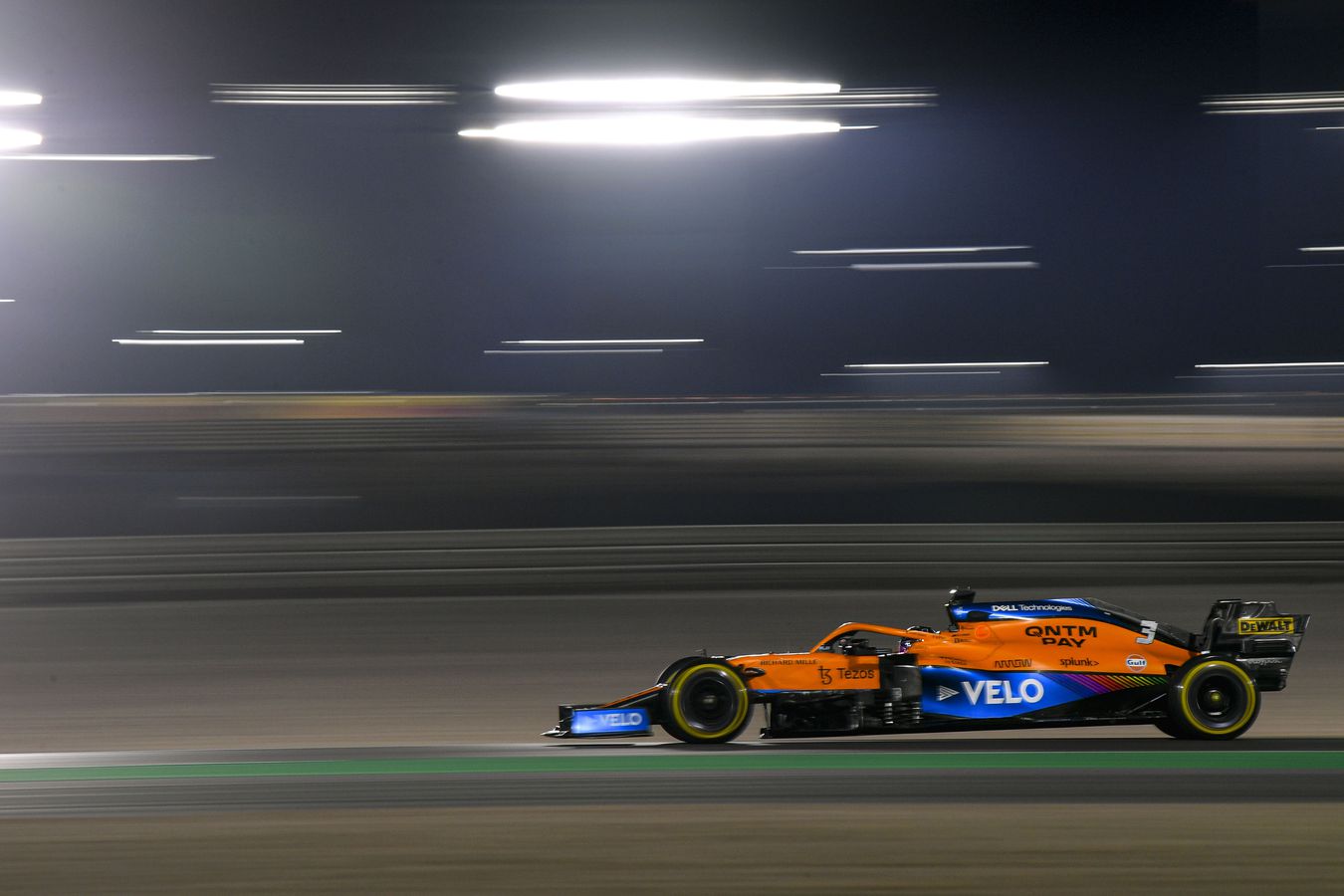 It's not just the drivers that have to get familiarised with the track. The off-line simulations will have developed a baseline for the car – but there are all sorts of mechanical checks and balances that, while always happening in the background at an established track, are front-and-centre at a new circuit. While the drivers on track are doing more laps than usual, supported by the test and development drivers in the simulator, the engineering effort will be working hard to make sure the car is capable of coping with the rigours of the new track – but isn’t being too conservative and leaving performance on the table – everything from gearbox oil temperatures to wear on the plank will be studied intently.

Once that’s all been put together, we should be able to approach a new track like any other. The intention would be that, by qualifying on Saturday evening, the Jeddah Corniche Circuit is as comfortable and familiar as Monza or Interlagos… if we’ve done our homework correctly.