Like London buses, you wait 14 years for a grand prix at Imola and then two come along in the space of six months. The Autodromo Internazionale Enzo e Dino Ferrari – to give the track its proper name – has a place at the heart of Formula 1, despite the long absence. Ever-present on the calendar between 1980 and 2006, an early-season visit to Emilia-Romagna became a staple of the F1 calendar at a time when McLaren had the good fortune to go through a purple patch. Our associations with this place are strong.

Imola was already considered old-school when the circus departed in 2006: a narrow, bumpy ribbon of tarmac threading its way across a gently sloping hillside, flashing down tree-lined avenues past terracotta-roofed villas. Of all the tracks currently denied fans, Imola is probably the one that suffers that absence most. While the autumnal scenery was gorgeous for last year’s Emilia Romagna Grand Prix, the snapshot of Imola in everyone’s mind is packed to the rafters, with the benches on the hill above Rivazza a sea of tifosi cheering on… well, not us – though you wouldn’t want it any other way. It’s a great place to go racing and the scene for some of our greatest triumphs. We’ve won at Imola on six occasions – but ahead of this weekend’s Emilia Romagna Grand Prix, there are plenty of other figures worth consideration too…

There have been 28 rounds of the Formula 1 World Championship held at Imola and McLaren has participated in all of them – except one. The 1982 San Marino Grand Prix was held during a hotspot in the FISA-FOCA cold war; McLaren along with other leading lights of the Formula One Constructors’ Association boycotted the race in ’82, cutting the field to 14 cars – less than half the size of that which had contested the US Grand Prix West in Long Beach three weeks earlier.

Ayrton Senna’s three victories for McLaren at Imola all came at the head of dominant one-two results, two of them with the luxury of the photogenic formation finish. The first, in 1988, saw Ayrton lead Alain Prost over the line. The third in 1991, had Alain replaced with Gerhard Berger. The odd one out is 1989, when Ayrton beat Alain by 40 seconds, after the latter had a spin. The cooling of relations between the pair is said to have its genesis at this race, when a pre-race pact to hold position through Tosa on the first lap, received different interpretations at a restart following a red flag. 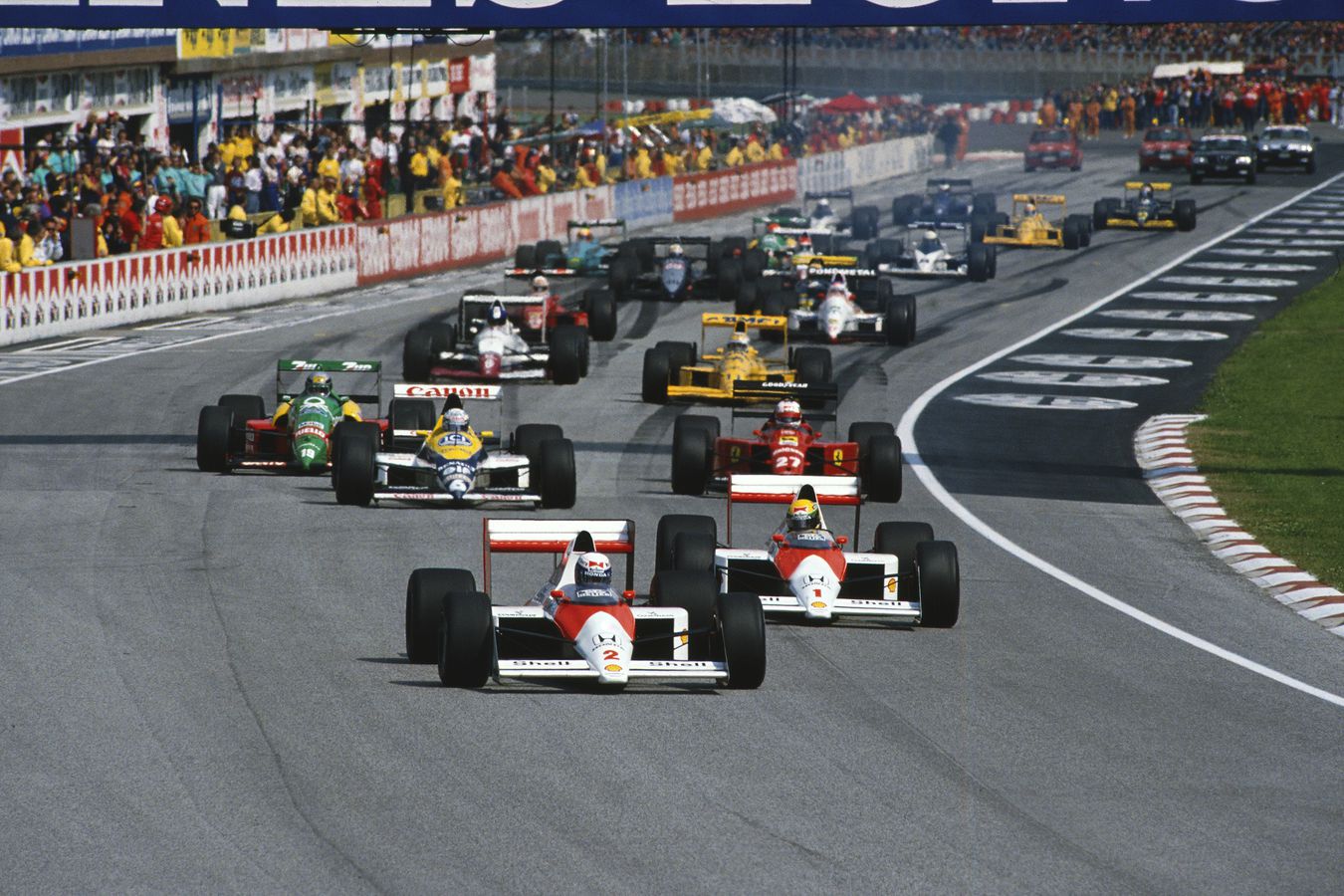 2 cars on the lead lap

There’s a lot of discussion in the modern era about leading teams in F1 perhaps being a little too dominant – but looking back through the history of races at Imola suggests that, if anything, F1 has become a lot more competitive than it used to be. We won at Imola five times between 1984 and 1991, and in each of those there were only two cars running on the lead lap at the chequered flag. These weren’t particularly outliers: the leader lapped everyone up to at least P3 in 11 of the 20 races in the 20th century.

Imola has a reputation as a destroyer of engines but back in the 1980s it was also notorious as a thirsty circuit, with the fuel-guzzling turbo engines frequently draining the tank dry. Cars coasting to a halt in the final few laps of a San Marino Grand Prix were a common sight – and Alain Prost nearly joined that statistic in 1986, running out of fuel on the final lap when leading comfortably. 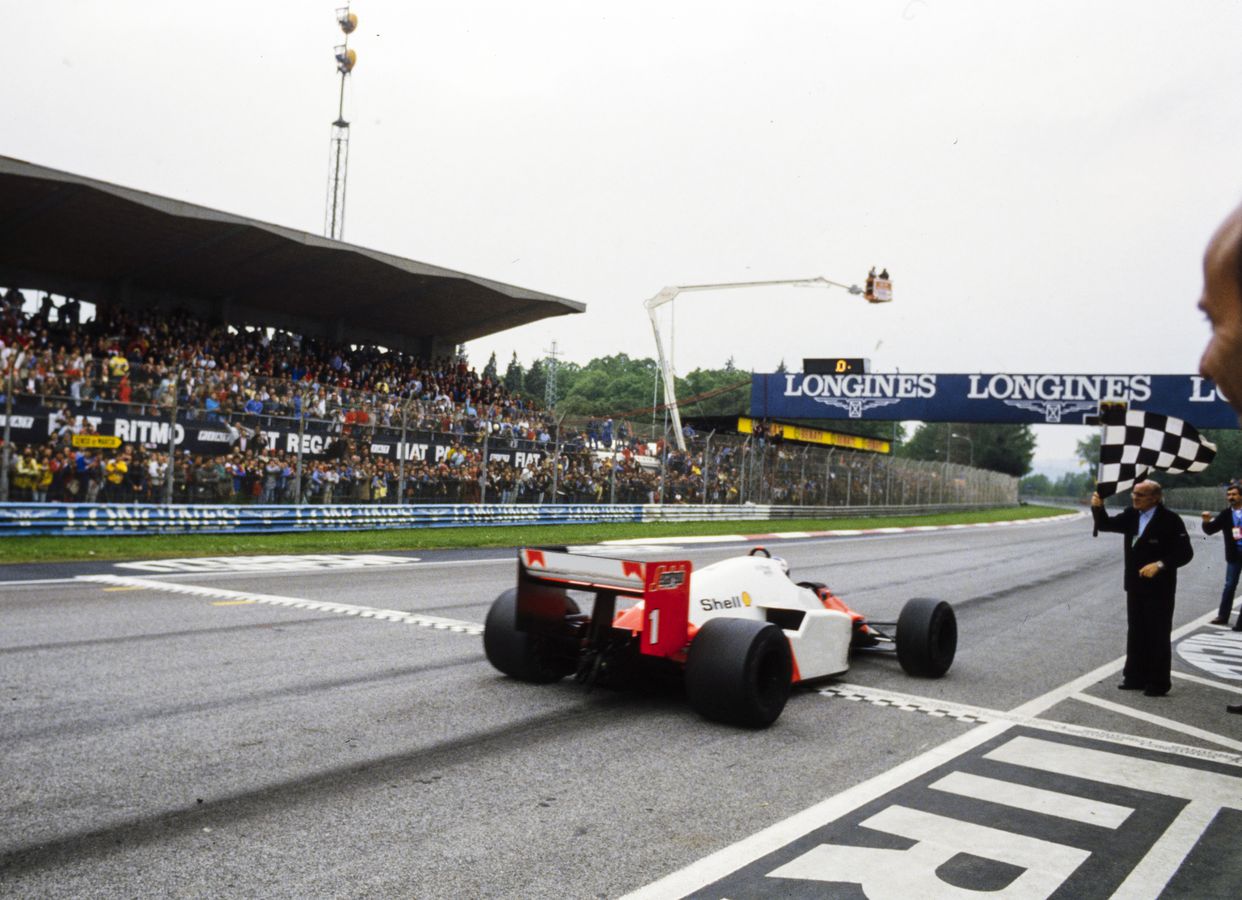 Fortunately for us, he ran dry at the top of the hill and was able to coast down through Rivazza, and then, having slowed almost to a halt, had the presence of mind to waggle the car from side to side, dragging the last few grams of fuel into the collector, providing just enough impetus to get through the final chicane to crawl over the line. Happily, in 1986, there wasn’t a requirement to have at least a litre of fuel left for FIA analysis.

…for Alex Wurz. We’ve collected 19 trophies down the years at Imola but perhaps the least likely was the one collected – eventually – by Alex for third place at the 2005 San Marino Grand Prix. Alex was our primary reserve driver for 2005 and should have been called up to race when Juan Pablo Montoya injured his shoulder before the Bahrain Grand Prix. As it transpired – and George Russell will understand this – tall people and F1 cockpits are not always a good fit. Despite being the fastest McLaren driver in FP1 at Sakhir, Alex found himself struggling to drive in the cramped confines of the MP4/20 and so Pedro de la Rosa got the nod. 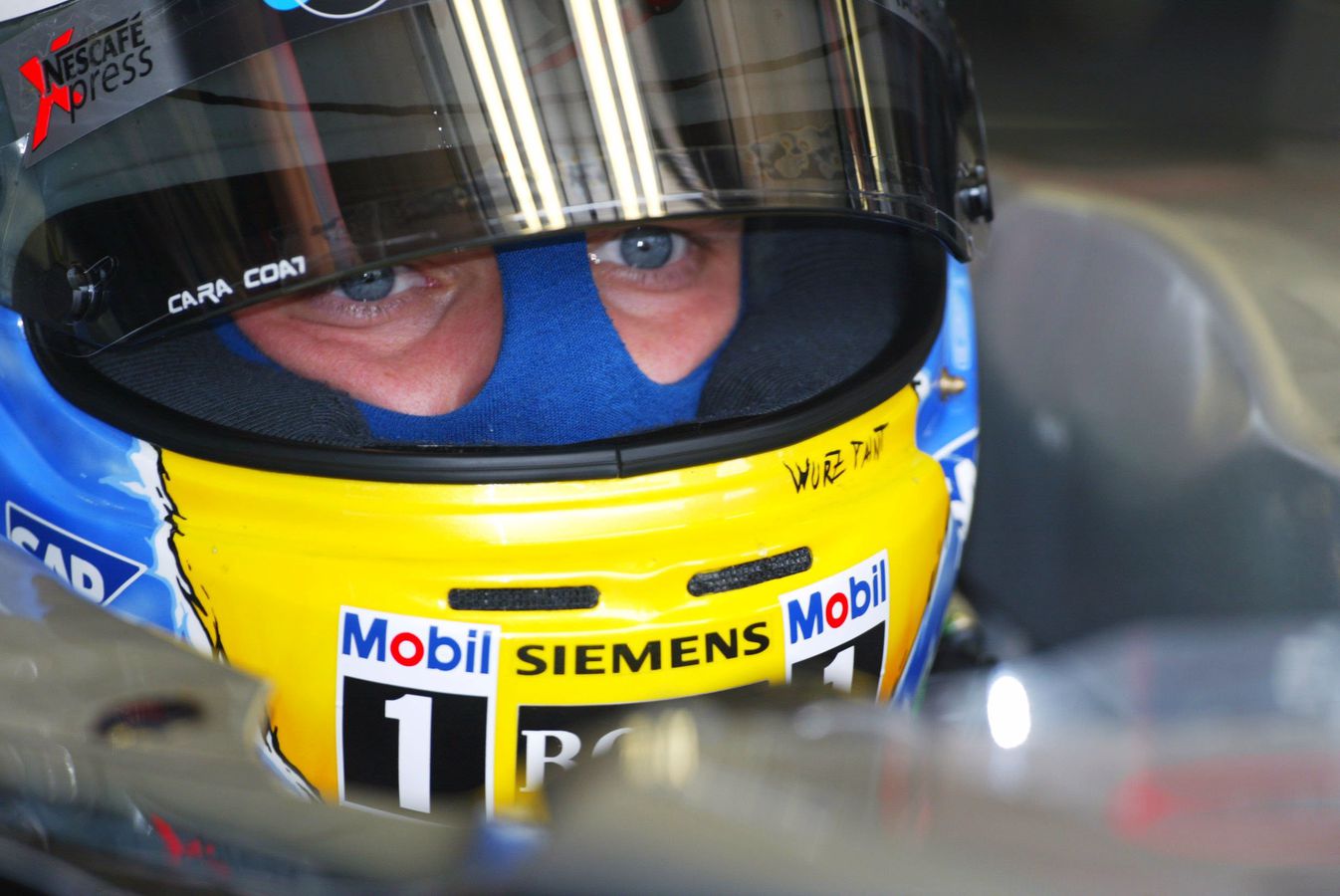 By the next race at Imola, a more spacious MP4/20 had been built to accommodate Alex’s frame. Driving in his first grand prix for five years, Alex qualified a creditable seventh. Team-mate Kimi Räikkönen took pole and led the race until he had a driveshaft failure. Alex, meanwhile, became more and more comfortable as the race went on and pulled himself up to P4, finishing the race 27 seconds behind winner Fernando Alonso, but half a minute ahead of fifth-place Jacques Villeneuve.

Alex’s only appearance for McLaren, however, was to get rather better a week later when Jenson Button’s BAR was disqualified from third at an FIA tribunal. While Alex’s main task in his five years at McLaren was the 63,842 km he completed on test tracks, his record of one race, one trophy is pretty hard to beat.

Which is the best F1 car ever made? There are a few contenders – but any shortlist will certainly include 1988’s McLaren MP4/4, which across the 16-race season took 15 pole positions and 15 victories. Quite how good the car was is best expressed by its advantage in qualifying, where Ayrton Senna’s pole time of 1m27.148s was 3.352s faster than Nelson Piquet’s time for Lotus, which was good enough for the reigning champion to line up in P3.

Of McLaren’s nine poles at Imola, the statistic that really stands out are the four in a row recorded by Ayrton Senna between 1988 and 1991. Even more remarkable is that those four followed immediately after the three poles he took for Lotus at the same circuit. 30 years later, this remains an F1 record for the most consecutive poles at the same grand prix. That Imola is inextricably associated with Ayrton’s death overshadows its status as the venue of some of the Brazilian’s most virtuoso performances.