The varied topography of Spa-Francorchamps has barely changed over the past 40 years, and, as such, it’s a track that has long sent out a singular warning: handle me with care – or I bite!

By general consensus, Spa has become renowned as the sort of place that’s more suited to drivers with hair on their chests than those rather more analytical operators who coolly weigh up the obvious risks before burying their right foot deeply onto the throttle pedal.

To my mind, I’d label Bruce McLaren as one of the more careful operators around Spa, especially in his early days. He didn’t lack audacity, but he never changed his modus operandi to tackle this most fearsome of venues. He never threw caution to the wind, in other words. Stylish and focused, he was the perfect foil for Jack Brabham alongside Black Jack in the works Cooper squad from 1959 to ’63, before Bruce McLaren Motor Racing Ltd had been born or thought of.

Bruce ran hard and fast but was more of an Alain Prost than an Ayrton Senna, more of a Steve Davis than a Jimmy White (snooker), more of a Geoff Boycott than an Ian Botham (cricket). Moreover, he never did anything that might disrupt his team’s happy balance. That was always important to him, even before he ran his own team.

Even so, at Spa in 1964, Bruce very nearly upended the Formula 1 form book, when his 1.5-litre Climax-propelled Cooper T53 ran with consummate speed and consistency, proving a match for the similarly powered Lotus 33 of Jim Clark and the BRM P261 of Graham Hill. That ’64 race ran at the sort of frantic pace of a modern-day grand prix, and, equally, culminated in a last-gasp finale that would have made for great edge-of-the-seat TV, had Formula 1 been widely televised in those days.

Dan Gurney’s Brabham BT7 had established itself at the head of the field, leading for most of the race while Jimmy and Graham chased down the leader, soon to be joined by Bruce. As that top four began to stretch their legs, and the race entered its final stages, Jimmy brought the Lotus in for a water top-up, and the Scot dropped behind Bruce.

Three laps from home (and this was on the big 14.1km ‘old’ Spa, remember), Dan began to slow and pitted for fuel. His stop pushed Graham into the lead, with Jimmy and Bruce both chasing. But then Graham’s fuel-pump expired, elevating Bruce into the lead – then, on the final lap, with his engine spluttering and stuttering, Bruce’s motor coughed and died as he entered La Source. He coasted silently downhill towards the (old) start/finish line between La Source and Eau Rouge. Jimmy, now topped-up and on a charge, caught Bruce at full-throttle, passing him before the line and taking the win from the Kiwi by a scant 3.4 seconds. Jimmy, too, ran out of fuel on his slowing-down lap! 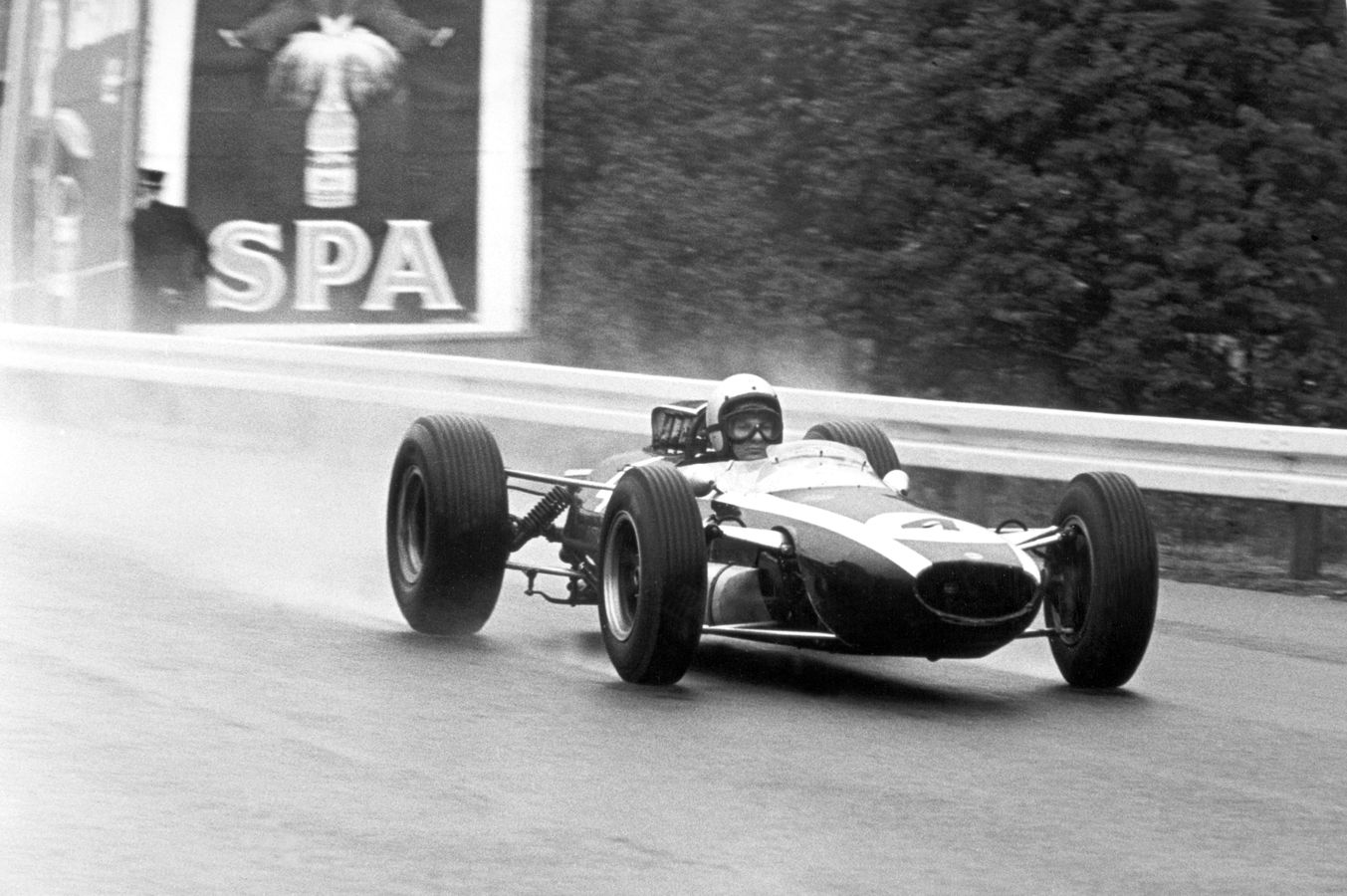 A year later, in 1965, Bruce was once again on the podium. It was another memorable race, and he was unable to catch the peerless Jimmy, or, for that matter, the ascendant Jackie Stewart, yet he still demonstrated the finesse and confidence that would see him well throughout his career.

If you want a brilliantly vivid demonstration of just how wild and woolly the old Spa could be, check out the jaw-dropping sequence from John Frankenheimer’s 1966 classic movie 'Grand Prix'. Frankenheimer’s movie doesn’t cut the mustard with the purists (for instance, it used contemporary Formula 3 cars fitted with aluminium exhaust pipes to portray the Ferraris), but, in terms of giving us an insight into the look and feel of Formula 1 in the mid-1960s, it's unsurpassable.

In fact, to save you the bother, I’ve handily found the footage on YouTube for you right here: 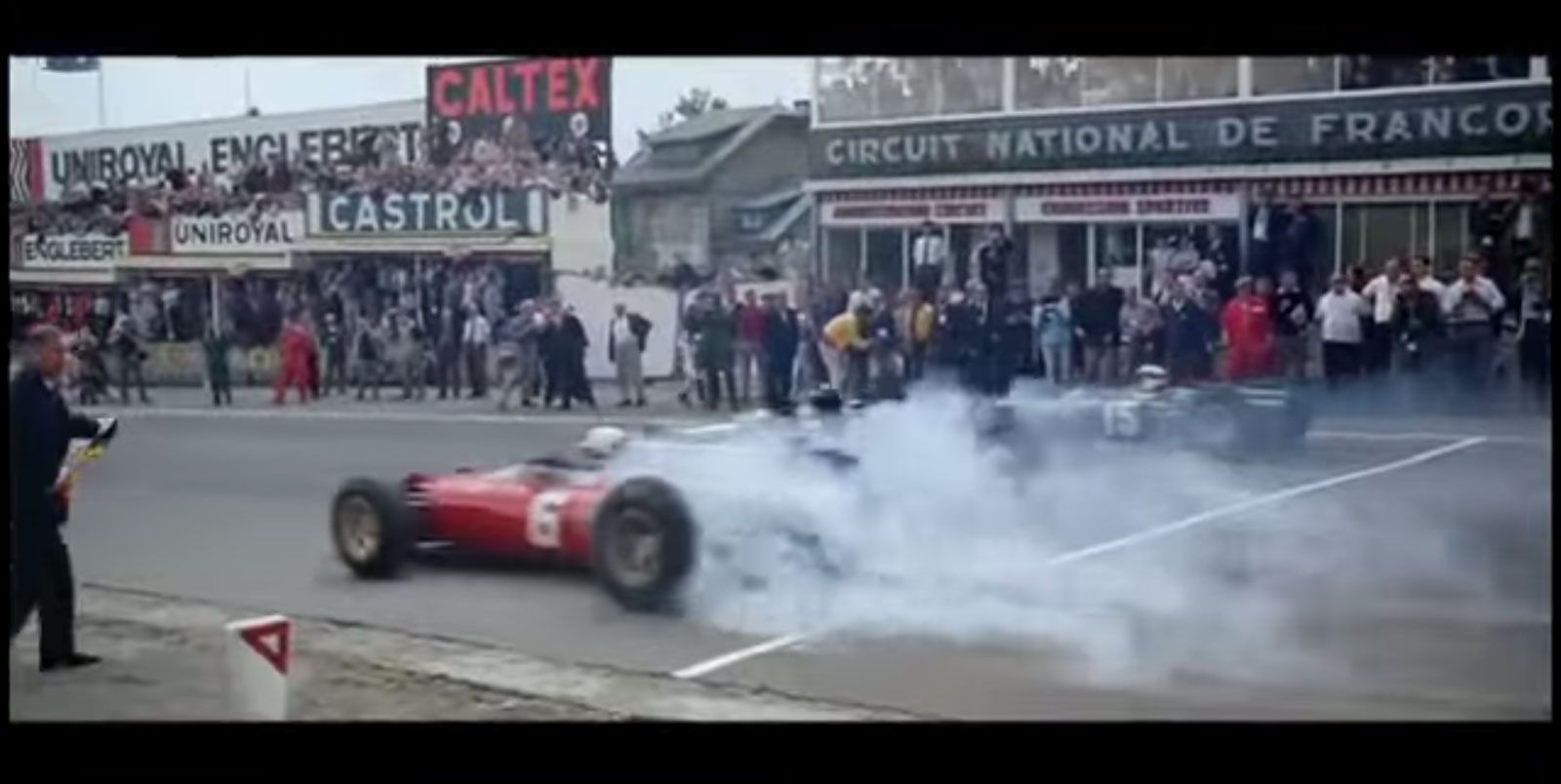 That ’66 race provided ample evidence of the circuit’s dangerous nature. It memorably blooded Stewart when the field charged into a rain shower on the opening lap, and the Scot aquaplaned off the Masta Straight at 170mph, straight into the outside yard of a woodcutter’s cottage.

Jackie spoke to me about the incident decades later, and his memory of that day remained unsurprisingly intact: “We just ran into a wall of water in the way it can rain only in southern Belgium,” he said matter-of-factly. “First I hit a telegraph pole and then a woodcutter's cottage and I finished up in the outside basement of a farm building. The car ended up shaped like a banana and I was still trapped inside it. The fuel tank had totally ruptured inwardly and the monocoque literally filled up with fuel. It was sloshing around in the cockpit. The instrument panel was smashed, ripped off and found 200 metres from the car, but the electric fuel pump was still working away. The steering wheel wouldn't come off and I couldn't get out.”

Trapped in a seriously misshapen BRM, with fuel still pumping onto his racing overalls, Jackie remembers those long unaided minutes as a moment in time that fundamentally shaped his attitude towards both chassis safety and circuit safety. As it transpired, he was released by the gallant Graham Hill, who’d crashed himself at the same spot, noticed the wreckage and helpfully switched off the fuel-pump before pulling Jackie free.

From then on, Jackie, like Bruce, preferred to go racing to demonstrate his skill, not risk his neck.

Yet there was never any indication that Bruce shied away from the challenge thrown up by either the Spa circuit or the cars in which he found himself doing battle. Truth be told, the young Mr McLaren was rather like a good wine, subtly and almost imperceptibly improving with age. By the time he returned to contest the 1968 Belgian GP, with the elegant Cosworth-powered M7A, he could be regarded as right up there in the top handful of drivers fighting for the world crown.

To my mind, the McLaren M7A was probably the best Cosworth-engined Formula 1 car of the era, perhaps more versatile even than the magnificent Lotus 49, the archetypal Cossie car in which Jim Clark had memorably won four races during 1967.

By 1968, the M7A had strong-armed itself into a position at the front of the field; at the start of the season, Bruce took it to victory in March’s non-championship Race of Champions at Brands Hatch, and his team-mate Denny Hulme led home a McLaren one-two at April’s Silverstone International Trophy before it travelled on to Spa for the Belgian Grand Prix, held on June 9.

It may have been an attrition-fuelled victory – ironically, given his last-gasp failure back in ’64, he was the recipient of some good luck when Jackie’s Matra stopped for a splash-and-dash on the last lap, handing him the win – but Bruce certainly radiated huge confidence throughout that whole weekend.

Legend tells the tale of Bruce crossing the line oblivious to his success. He’s even recorded as saying, “It’s about the nicest thing I’ve ever been told. Jackie had stopped at the pits for fuel starting the last lap and I hadn’t seen him as he went by. I'd won without realising it…” 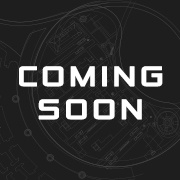