It's hard to believe that it's been 37 years since the Canadian GP was held in Montreal for the first time, on what I recall was a soaking wet and bitterly cold October weekend.

At the time we questioned the idea of running an F1 race on narrow parkland roads that wound their way around a windswept island just outside the central business district. However, over the decades the cosmopolitan city of Montreal has become firmly established as one of the most popular stops on the calendar. Matters were helped by the improvement in the weather that came with a move to June in 1982, the fourth year of the event. Of course rain remained a regular feature over the years, but at least it wasn't as cold!

As much as I enjoyed our visits to Montreal I still miss its immediate predecessor. Located some 50 miles outside Toronto, Mosport Park was a proper road course, winding its way through hilly Ontario countryside. In the seventies the track formed half of a thoroughly enjoyable double header with Watkins Glen, and it was a trip that everyone looked forward to at the end of the season. 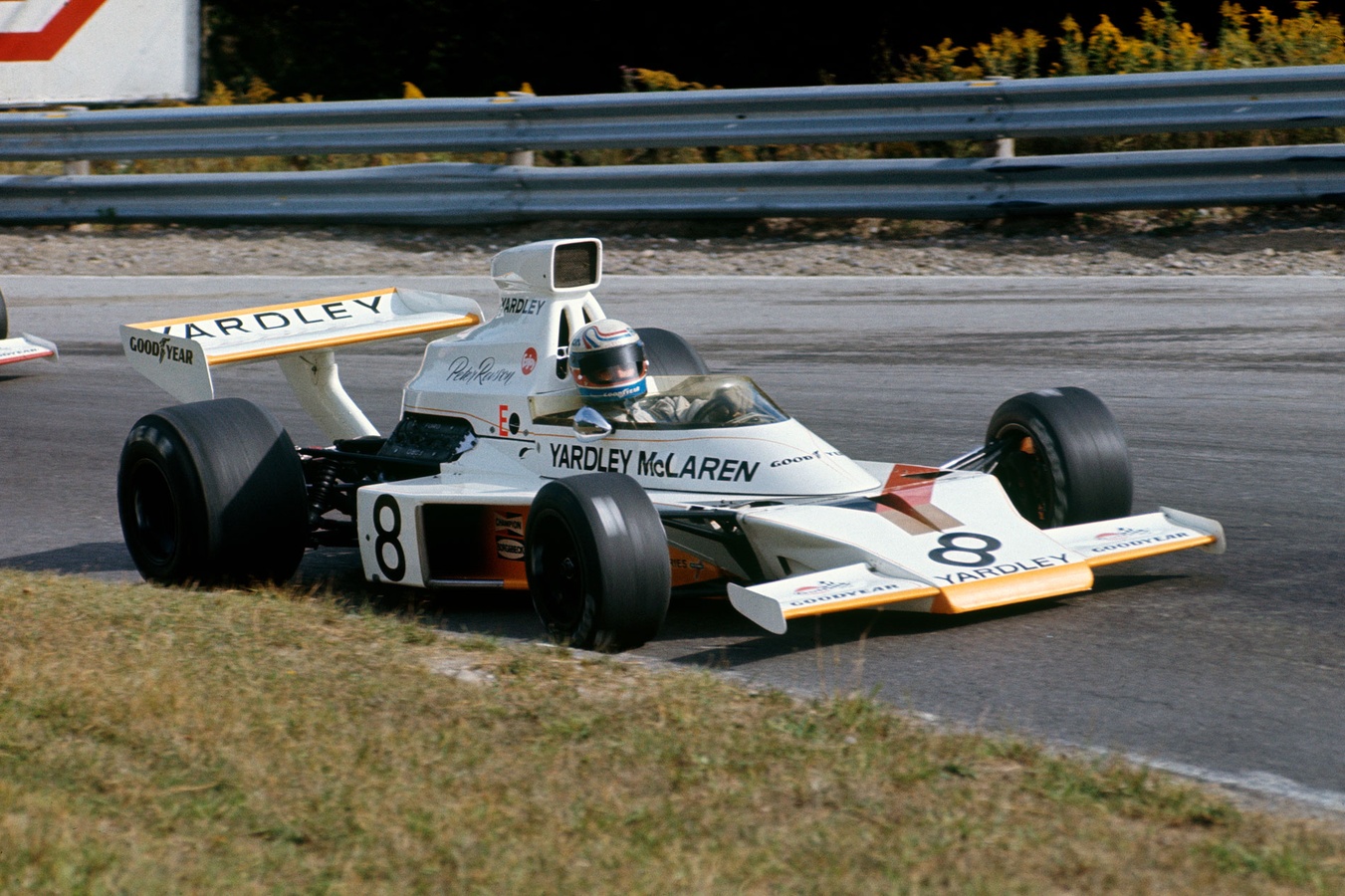 Notoriously bumpy, it was a real challenge for the drivers, although as the years passed safety standards increasingly came into question. Indeed it was a major talking point over the course of what turned out to be the track’s final F1 race weekend in 1977. The drivers' doubts about its suitability helped to give Montreal's bid for the race some momentum.

It's worth recalling here McLaren had a great record at Mosport, and indeed from 1973 to 1976 the remarkable M23 was unbeaten. Okay, I have to admit there was no Canadian GP in 1975, but nevertheless those three wins for Peter Revson (1973), Emerson Fittipaldi (1974) and James Hunt (1976) represented a very impressive streak.

Hunt was second and challenging for the lead in 1977 with the M26 only to trip over lapped team-mate Jochen Mass, an incident that ended with a furious James thumping a marshal. At that stage, McLaren's Mosport luck had well and truly run out, but while it lasted, it was something special! And that good fortune was never more evident than in the first of the aforementioned M23 victories.

Aside from a McLaren win, the 1973 Canadian GP is remembered for F1’s first ever experiment with a pace car. It proved to be such a shambles that two decades passed before the current safety car system was fully embraced by the FIA.

McLaren opted to run three cars in the final races of 1973, with Jody Scheckter joining regulars Denny Hulme and Revson. Scheckter had already crashed in the French and British GPs, but he made a good impression by qualifying third at Mosport in car number '0', behind the Lotus of Ronnie Peterson, and Revson.

It rained on race morning, and the start was given half an hour late. There were some signs that the sky would brighten up, but everyone was on wet tyres and wet settings. Against expectations, Niki Lauda’s BRM shot into the lead, and, helped by his wet Firestone tyres, the young Austrian began pulling away from the pack. Peterson gave chase, while Revson got away poorly and lost ground. Ronnie later crashed when he picked up a puncture, leaving his Lotus team-mate Fittipaldi in second. 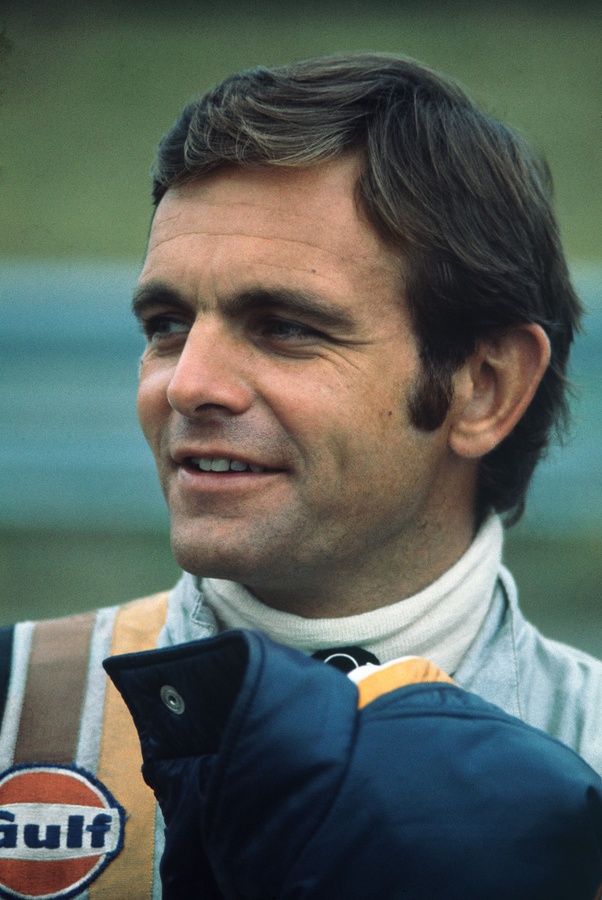 However, after about 20 laps the track had dried so much that the soft compound wet tyres began to break up. One-by-one the entire field peeled into the pits to switch to slicks.

Back in 1973, teams were ill equipped to deal with mid-race changes of conditions, and stops were surprisingly rare. They dragged out to over a minute, and some teams lost extra time by switching to dry settings. One of the first to pit was Revson, who was down in ninth. Preferring not to bother with changing settings, he was soon on his way.

Inevitably observers began to lose track of the order. Not just the fans at the trackside or the media, but teams and race officials were also confused. The entire pitlane relied on manual timing and lap charts – fully computerised systems were still many years away – and the mass stops caught everyone out.

More confusion was created when two of the main contenders crashed out, after the luckless Scheckter tangled with Tyrrell’s Francois Cevert. The track was strewn with wreckage, and, in something of an overreaction, two ambulances and a tow truck were dispatched to the scene, although the drivers were unhurt.

With the rescue vehicles on track it was at this point that the organisers decided to make a little history. Safety was very much in the news that year, and after the death of Roger Williamson at Zandvoort in July a pace car system had been borrowed from Indycar racing. It had not been used up to that point.

Now the F1 cars were joined on track by a yellow Porsche 914 driven by local F5000 racer Egbert 'Eppie' Wietzes, who had competed in the Canadian GP in his own right back in 1967. Helped by his passenger Peter Mackintosh, the secretary of the Formula One Constructors' Association, Eppie’s job was to find the race leader.

And to the surprise of just about everyone, the car he was told to stay in front of was the Frank Williams-run Iso of Howden Ganley. Those drivers just in front of the Kiwi, including Revson, were able to make up a lap as they caught the rear of the queue.

After 10 laps the pace car duly pulled in, and the green flag waved. On a dry track Ganley somehow managed to stay in front for a few laps, before he inevitably lost ground. But who was now leading? Some thought it was Fittipaldi, others that it was Shadow’s Jackie Oliver, or BRM’s Jean-Pierre Beltoise. The two sides of the official scoreboard showed different orders. 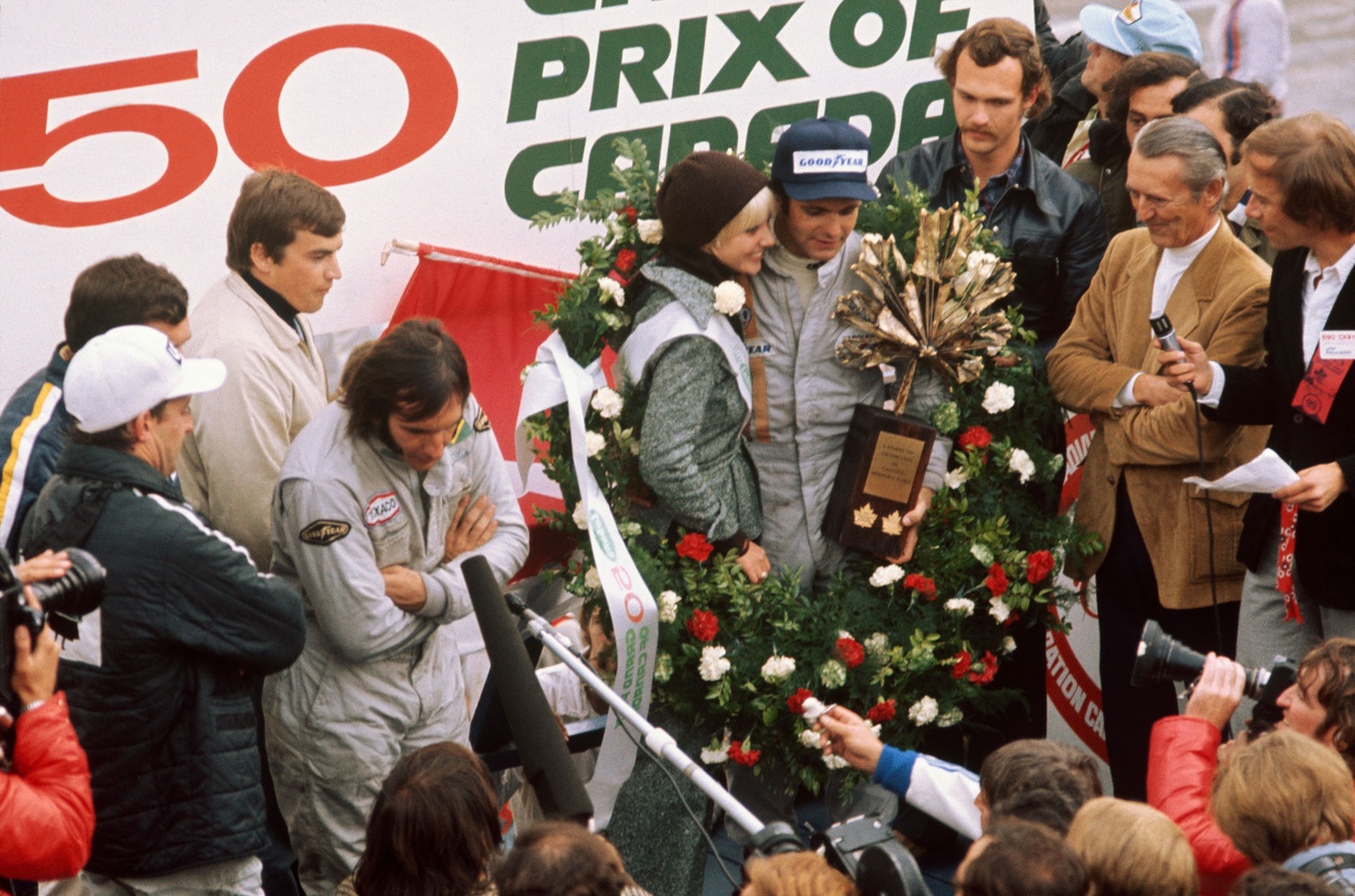 Early leader Lauda was a late retirement, and Beltoise slipped back when he made his pit stop very late, but when the 80th and final lap rolled around, neither Fittipaldi nor Oliver got the chequered flag. Instead it was waved, somewhat unexpectedly, at Revson.

Confusion reigned as the cars filed into the pits, and as the drivers shrugged their shoulders in parc ferme, officials frantically rechecked their paperwork. They insisted that Revson was in front, and after some hours of manual number crunching, the American was confirmed as the winner.

Peter himself insisted that he had benefited from his ultra quick pit stop just as the chaos started: “When it began to dry up, our crew was really the key,” he would explain later. “With their Indianapolis experience, they made the right decision, pitting me as soon as possible and getting me back out on the race track.”

As for the pace car, after the debacle of Mosport, the concept was quietly dropped by F1, before re-emerging some two decades later re-branded as a 'Safety Car.' It's been an integral part of the sport ever since, joined now by the Virtual Safety Car, which was used for the first time in Monaco.

Of course, timing systems long ago became sophisticated enough to deal with any eventuality, and race control knows exactly who is where. However, as we saw in Monaco even the top teams can sometimes get caught out when a Safety Car is on track. History suggests that we shall see Bernd Maylander and his Mercedes in action at some point during the Montreal race, and no doubt it will be a roll of the dice. Will anyone experience the sort of good fortune that Revson did back in 1973?

Alan Henry on a classic: Imola

Rebirth of a champion