"With the sprint format returning, anything is possible"

"With the sprint format returning, anything is possible"

Welcome to the start of the European season. Sort of. That’s certainly the thing we used to say heading to Imola at the end of April… but a lot has changed since the heyday of the San Marino Grand Prix, and the fact the start of the European season is now followed by side-trips to Miami, Montreal and Baku is just part of it… but those are stories for a different day: for now, we’re at the Autodromo Internazionale Enzo e Dino Ferrari for the Emilia Romagna Grand Prix. While there’s still snow up on the Apennines, down here spring has sprung, Imola is its usual bucolic mix of terracotta roofs and fragrant cypress trees, and we’re ready to go for our first sprint weekend of 2022.

While we’ve got the new-fangled format in play this weekend, everything else about Imola is distinctly old-school. The track’s a narrow, bumpy ribbon of tarmac and miserly with its overtaking opportunities. The speeds are high, the fans are enthusiastic (and they’ll be even more enthusiastic-er this weekend) and the weather seems to change its mind on an hourly basis. Interesting times!

“I’m excited to be back in Imola! It was a great race for me last year, scoring my first podium of 2021. We’re not back fighting for podiums just yet, but hopefully we can keep moving forward and get the most out of this weekend.

“The circuit is fast, with some iconic features which should be interesting to tackle in the new cars. The sprint always adds an extra bit of excitement for the fans so I’m looking forward to seeing how the weekend plays out.

“Australia was a more positive weekend for us, but we know we still have a lot of work to do to get where we want to be. Let’s keep improving, keep learning more about the car and be ready to take advantage of any opportunities that come up.”

“I’m still on a high after a strong result in front of an incredible home crowd in Melbourne, so hopefully we can keep the momentum going as we head to Imola. With the sprint format returning, anything is possible so we’ve got to get our heads down, keep going with the improvements and extract as much as we can from the car.

“It’s a technically difficult track that’s fast and flowing, so it will be good to see how these new cars get on. Last year we got a nice haul of points in Imola, and I am hoping we can get some more this year. Whilst the weekend in Melbourne was definitely a positive step forward, we still have a long way to go to get the car in the place we want it to be. Thank you to the team for all the work they’re doing on the car, both back at MTC and at the track. Let’s keep pushing!”

“We have a good track record in Imola since it returned to the calendar in 2020, with double points for the team at both races. We aim for the same this year, but a track like Imola often creates opportunities and the addition of the sprint format for this weekend means we’ll need to be operationally sharp and ready to capitalise.

“Imola is a great, historic track and it will be interesting to see how the improved overtaking from these new cars will impact racing. With the grid for Sunday determined by the Sprint, there is bound to be plenty of exciting racing for the fans, now with the added incentive of points for the top eight on Saturday.

“A P5 and P6 finish in Australia was a great result for the team and a testament to everyone’s hard work at track and back in Woking. Let’s keep fighting, keep taking these steps forward and give everything we can this weekend.” 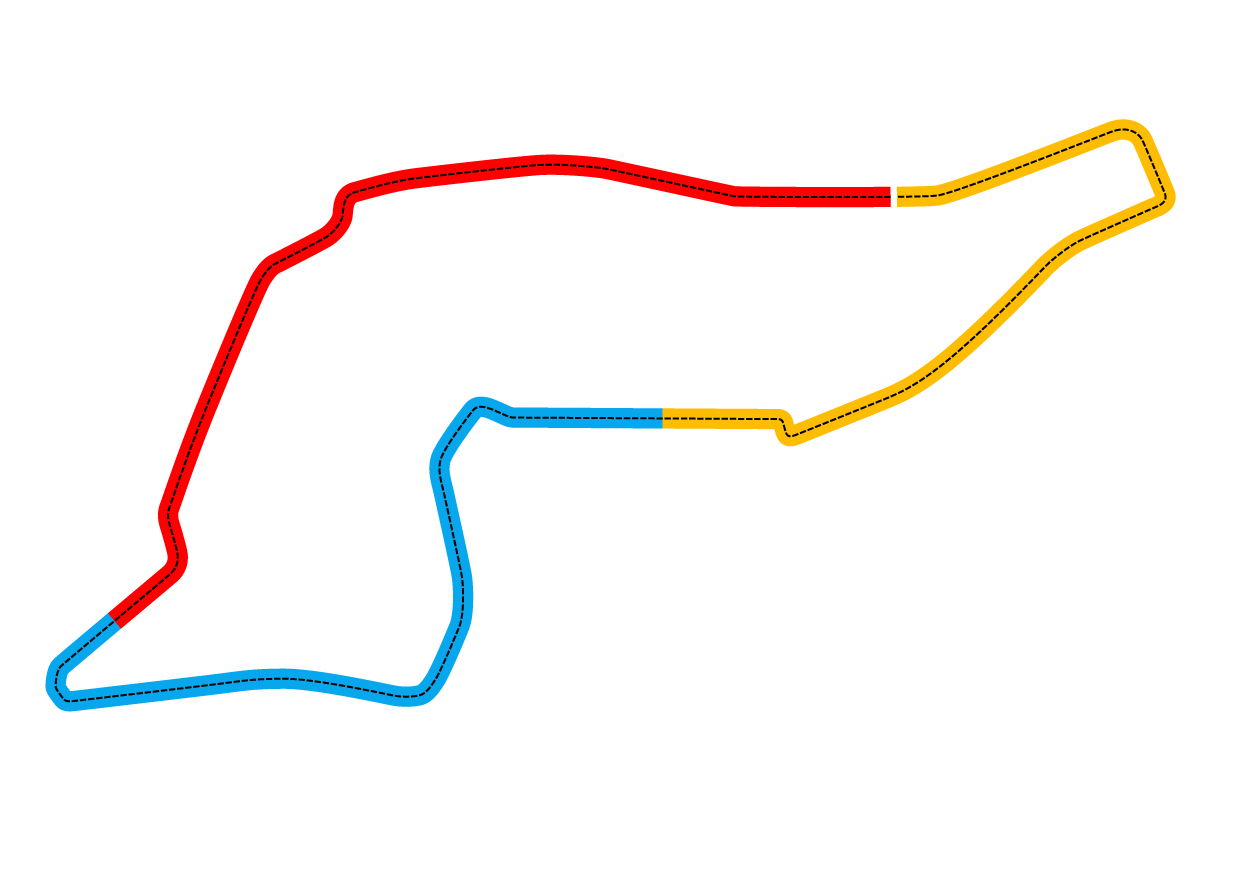 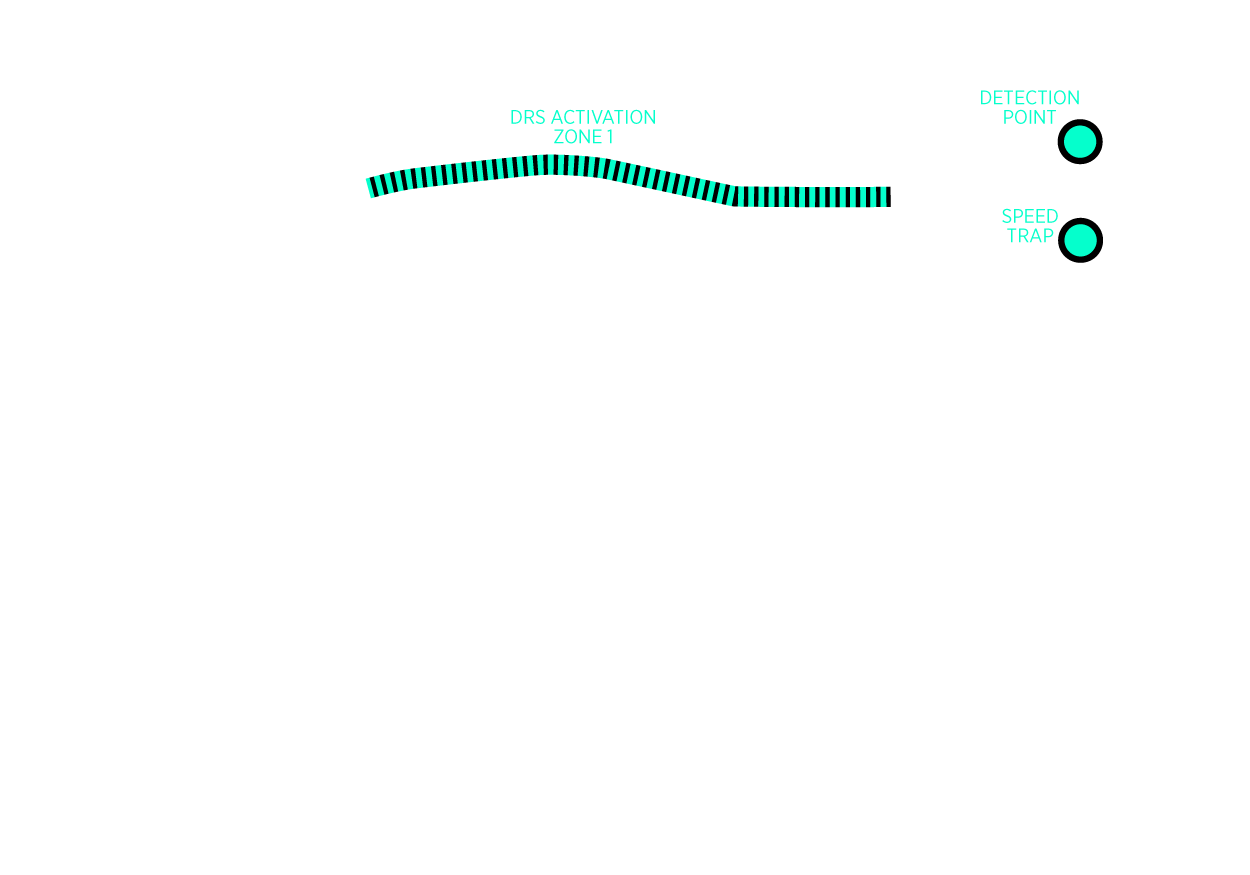 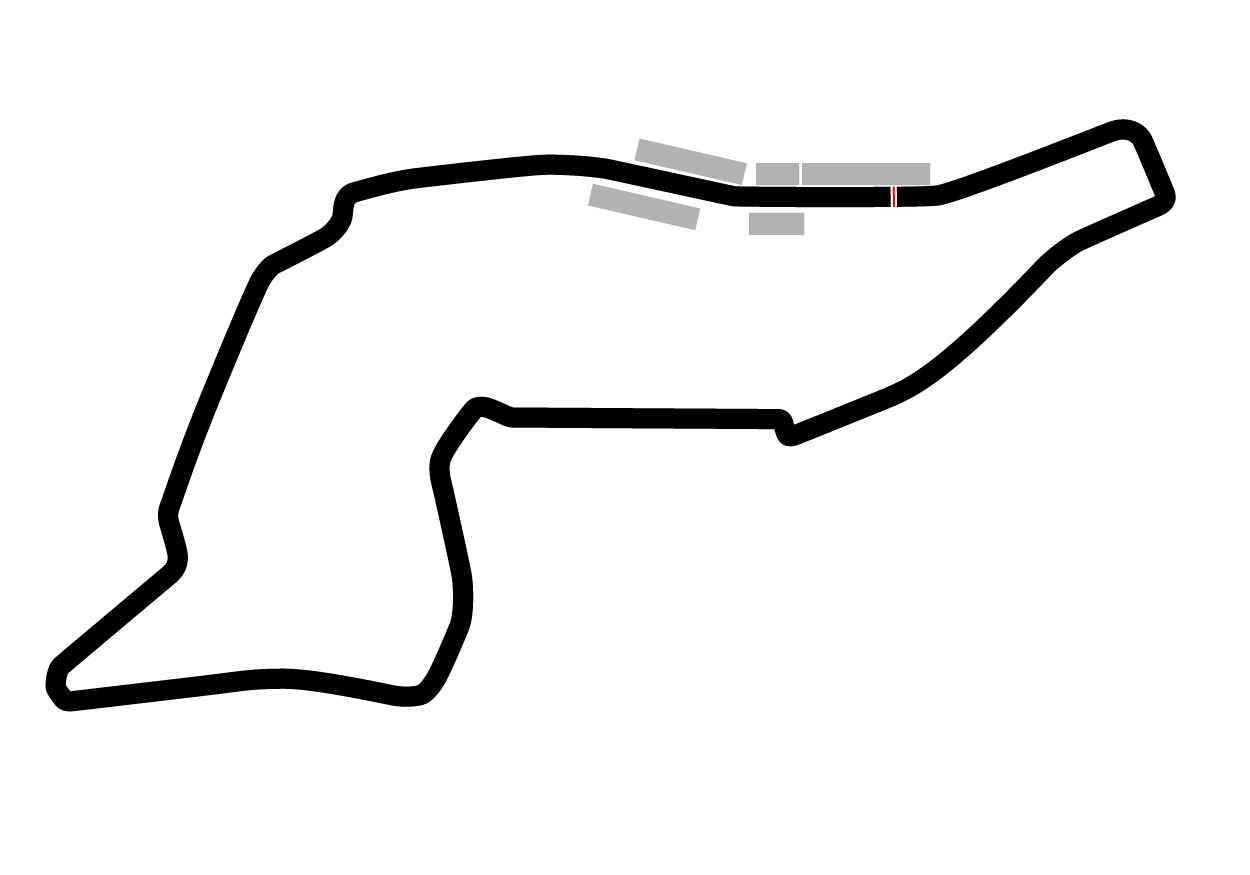 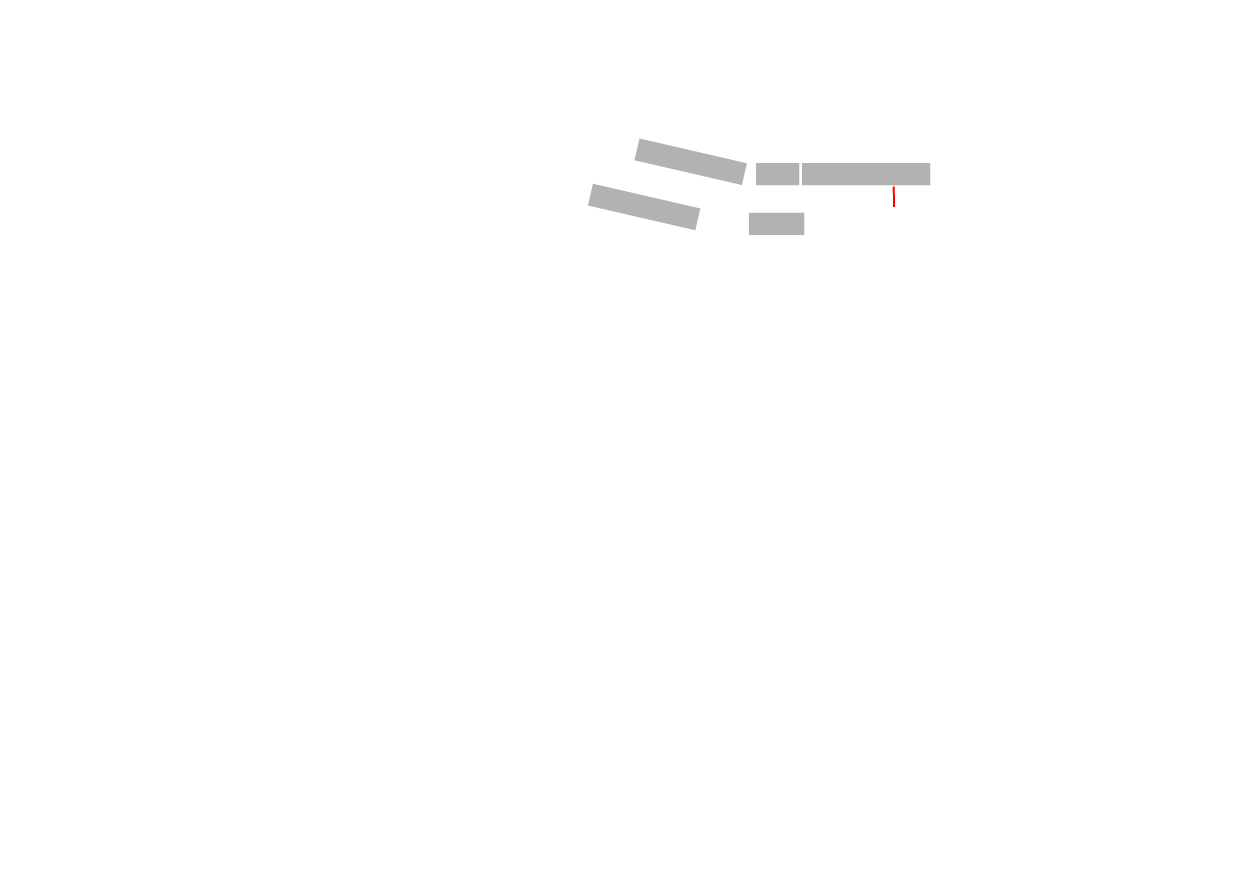 Imola is a rarity among F1 circuits in that it has hosted races under three different titles. Across 29 events, we’ve been here for the 1980 Italian Grand Prix (the only year this hasn’t been held at Monza), the San Marino Grand Prix from 1981-2006, and now the Emilia Romagna Grand Prix since 2020 (only the Nürburgring can match this, with the German, European and Luxemborg Grands Prix).

It's been a happy hunting ground for McLaren with six victories in the San Marino years and a grand total of 20 podium finishes. Alain Prost won in 1984 and 1986, Ayrton Senna in 1988, 1989 and 1991, while David Coulthard chipped in with another in 1998. Four of those victories came from pole position. In total, nine of the 29 races on this circuit have been won from pole. That seems a very low number for a circuit on which overtaking is so very difficult – but it is a long way down to the first braking point, which may explain why starting in P2 has proved just as successful, with a further nine victories taken from second on the grid. 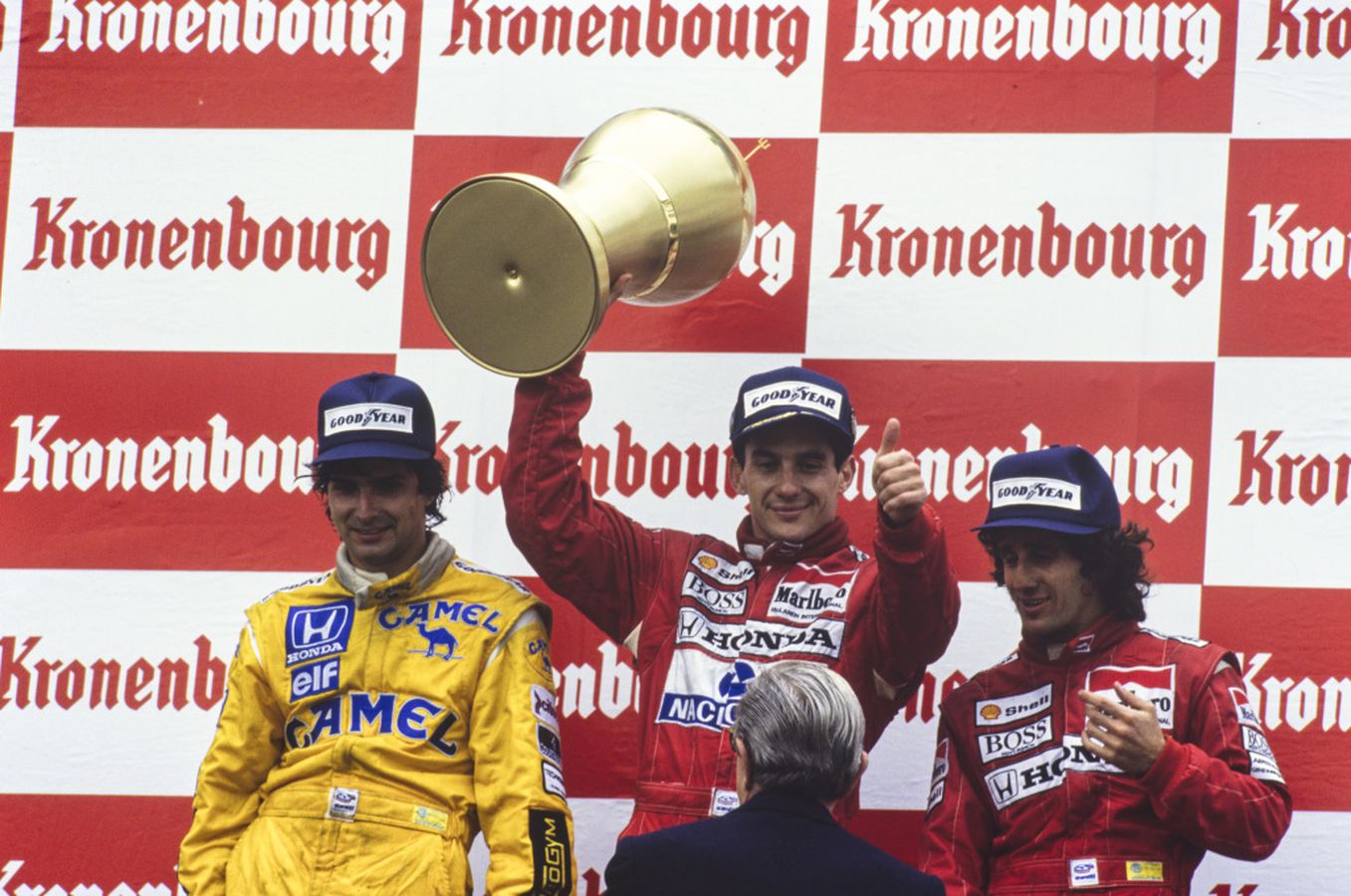 Finally, a word about history, and the provision of rose-tinted spectacles. Looking back across the history of Formula 1 at Imola, it’s obvious that in the modern era, the sport is a lot more competitive than it used to be. McLaren won at Imola five times between 1984 and 1991, and in each of those there were only two cars running on the lead lap at the chequered flag. These weren’t particularly outliers: the leader lapped everyone up to at least P3 in 11 of the 20 races in the 20th Century.

We had one-two finishes at Imola in 1988, 1989 and 1991. The best (for a given value of ‘best’) is probably 1988. After locking out the front row, with Senna on pole ahead of Prost and 3.352s ahead of reigning World Champion Nelson Piquet, lining up P3 for Williams, the McLaren pair were able to lap the entire field and settle down for a formation finish. You really don’t get races like that any more, which is a good thing… isn’t it?

Spriiiiiiiint! The sprint race format cautiously emerges from winter hibernation this weekend, pokes it’s svelte, wet nose into the cool spring air and decides it’s time to get out and make its presence known. It’s a different sprint format this year, tweaked to encourage a little more derring-do in place of the cautious derring-don’t which characterised last year’s sprints, with points now on offer all the way down to P8.

This is a strange place to have a sprint, however, given the immense difficulty of overtaking at this circuit. Last year, Silverstone, Monza and Interlagos held the sprints, all of which are tracks where there’s always passes for position (perhaps not many, but some). It suggests there’s great deal of faith in the ability of these new cars to make things happen. 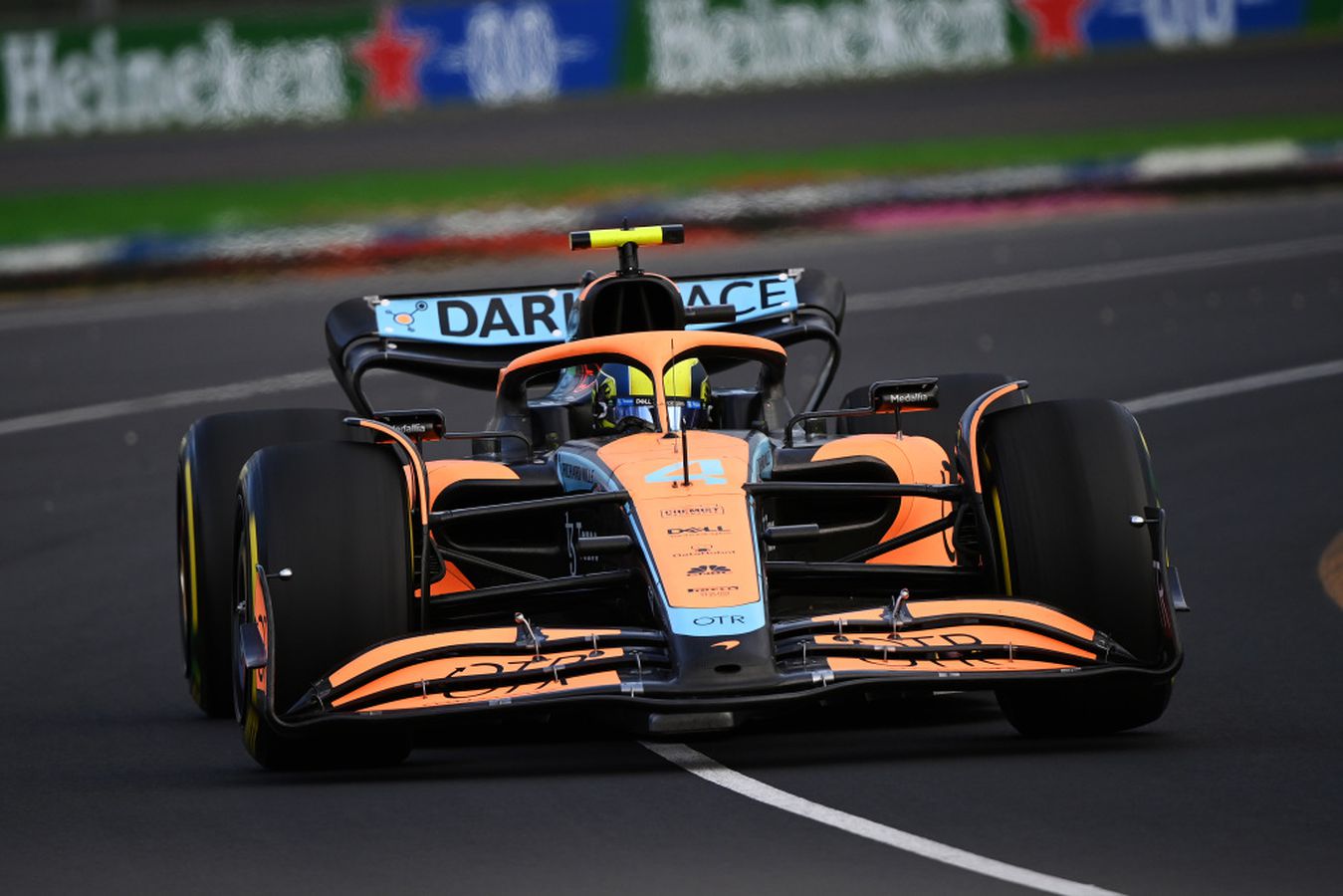 The other news is that we’re now allowed to call it the Sprint, rather than Sprint Qualifying, and – in a tweak that will please the more statistically-minded among you (i.e anyone who’s read this far), pole position will be awarded to the driver who goes quickest on Friday, not first across the line on Saturday.

And with the Sprint, comes the sprint timetable. This is either furiously helter-skelter or laid back and chilled, depending on your point of view. With just the one practice session before qualifying, it is, of course, all rather fraught, but actually, this year, we get rather longer between the session that at any other race, with 2h30m between FP1 and Qualifying and 3h between FP2 and the Sprint… so for the first time this year between sessions the mechanics might not be running around the garage like Beaker from the Muppets…

We’re quite a distance from the catwalks of Milan this weekend, and Imola tends to favour a somewhat… scarlet palette… but you’re a trend setter not a red setter, and may we therefore recommend Lando’s LN4 Neon Collection, fresh into the store this very week?

Stop us if you’ve heard this one already but did you know McLaren Plus is the most inclusive, rewarding and accessible fan programme anywhere in Formula 1? Become a McLaren Plus member and you’ll receive unparalleled access to the team and a constantly updated stream of giveaways and exclusives. It’s completely free and signing-up in the form below is a whole lot easier than figuring out a sprint weekend timetable…