Change is what drives our sport

Change is what drives our sport

There’s already been plenty of change at McLaren this year, most recently the confirmation that David Redding [Team Manager] is leaving. How is the team managing that change?

"Well, first, I think you have to realise that Formula 1 is all about change. Change is what drives our sport – change in drivers, in regulations, in races, in almost everything. Second, I think it’s worth emphasising that McLaren in particular has always been about change. From our roots in the 1960s, it was change that drove our successes in Can-Am, in Indycar and at Le Mans. It was change that led McLaren to become an automotive constructor. And it was change that transformed McLaren from a race team into an international, multi-faceted technology group.

"Dave was offered an opportunity with another team, and we didn’t want to stand in his way. Let’s not forget, he’s been at McLaren for 17 years, and I think we’ll always fondly consider him a McLaren man, even when we see him wearing another team’s uniform in the paddock later this year. We’ve been discussing this together for some time; it’s not a sudden decision, and we’re happy for him.

"Besides, we had the option of waiting until the middle of the year before replacing him, but we feel that we’ve got a really strong group of people who are ready to step up and take on new responsibilities – which is exciting. Consequently, Dave will be spending the next few weeks handing over the Team Manager role to his successor, Paul James, before finishing off his McLaren career with a factory-based role ahead of his leaving us in the middle of the year."

Can you tell us a little bit about Paul James?

"Well, I think it’s fair to say that, as McLaren’s chief mechanic, Paul is the best in Formula 1 – and that’s not merely my opinion, but that of many of my peers at McLaren who’ve had the opportunity to work up and down the pit-lane in many other teams, as I have of course. And I see no reason why Taffy – as he’s fondly called by everyone inside the team, Welshman that he is – won’t perform brilliantly in his new role. 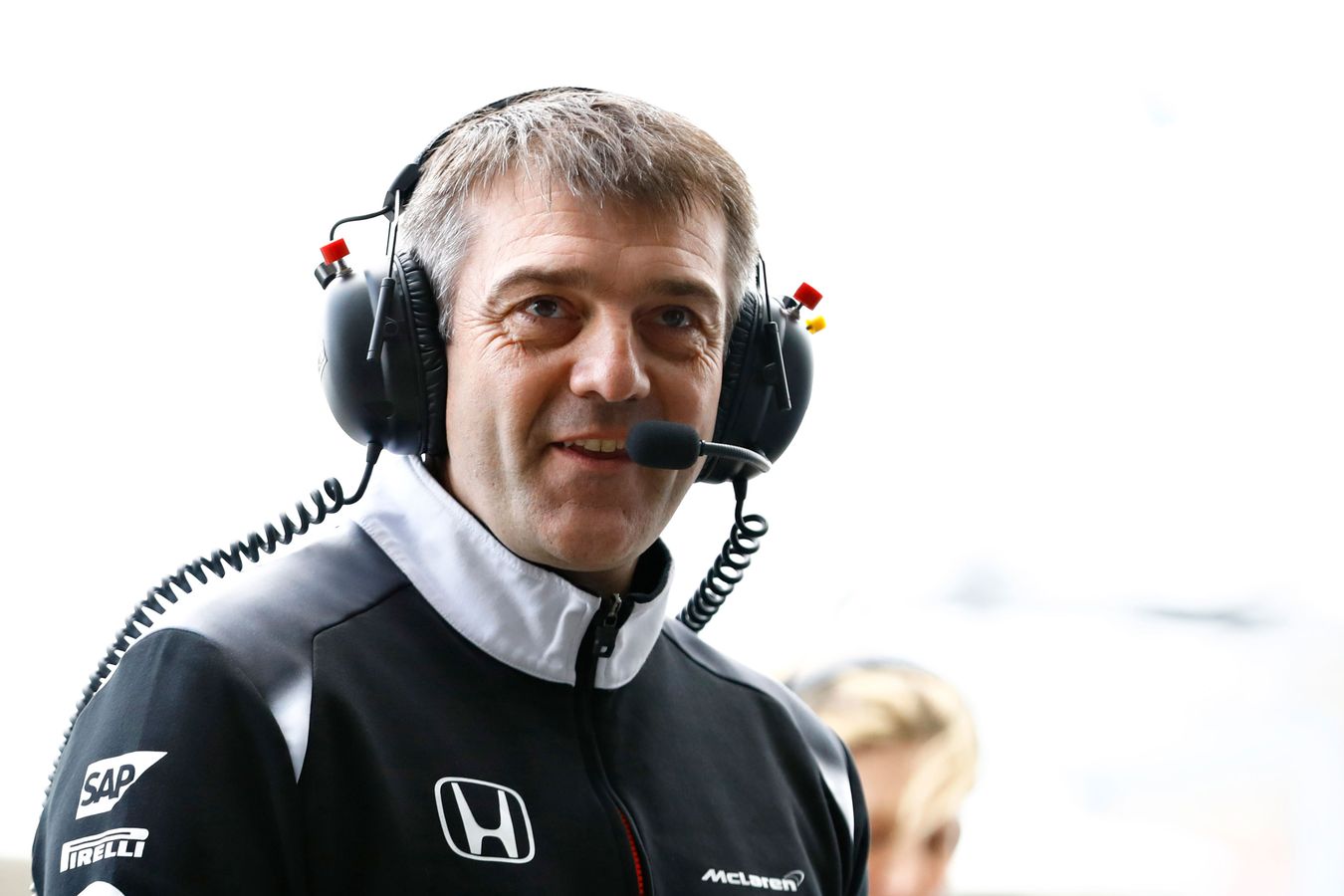 "I think what makes Paul unique is his unflinching honesty. He’s demanding of his team, but equally demanding of himself, which makes him both popular and inspirational. He’s able to dive straight to the heart of any problem – and quickly and effectively find a solution – and it’s that quality that I’m sure will serve him very well in this new role.

"In fact, I’m frequently reminded of two occasions on which Paul played what the British like to fondly call ‘a blinder’ when he was called upon to fix a problem in the garage very quickly. Although I wasn’t yet working for McLaren for either of these stories, they neatly encapsulate Paul’s hands-on approach to the job.

"The first was at the 2011 Chinese Grand Prix, when the crew discovered that there had been a fuel leak just before sending Lewis’s [Hamilton] car to the grid. In that moment of chaos, Paul not only oversaw the fix to the fuel system, but also had the foresight to send the car out of the garage without all its panels fitted in order to ensure it made the grid without penalty.

"The second occasion was just a few races later, at the Monaco Grand Prix, when the mechanics had to jump on Lewis’s car during a mid-race red-flag in order to fix a broken rear wing. It wasn’t an easy job – the mounting had been damaged in an impact – and it was by no means certain that the crew would achieve it, but achieve it they did.

"Paul’s appointment has been received fantastically well throughout the entire organisation, because he’s a McLaren man through and through, and we all know he’ll do an excellent job. As team manager, he really will be called upon to manage the team. He’ll be a strong leader, but he’ll be able to jump in whenever and wherever is required. He’s very popular with the drivers too, and he’ll play a big role in guiding both Fernando [Alonso] and Stoffel [Vandoorne] through their race weekends."

Andrea Stella will have a more strategic role within the race team from now on – how will that work?

"As I say, Paul’s focus will really be on the race team. He’ll drill the guys and make sure that we’re operationally the slickest outfit in the pit-lane. Andrea will continue his senior role within race engineering, but he’ll also expand it to look after the team’s sporting relationship with the FIA. 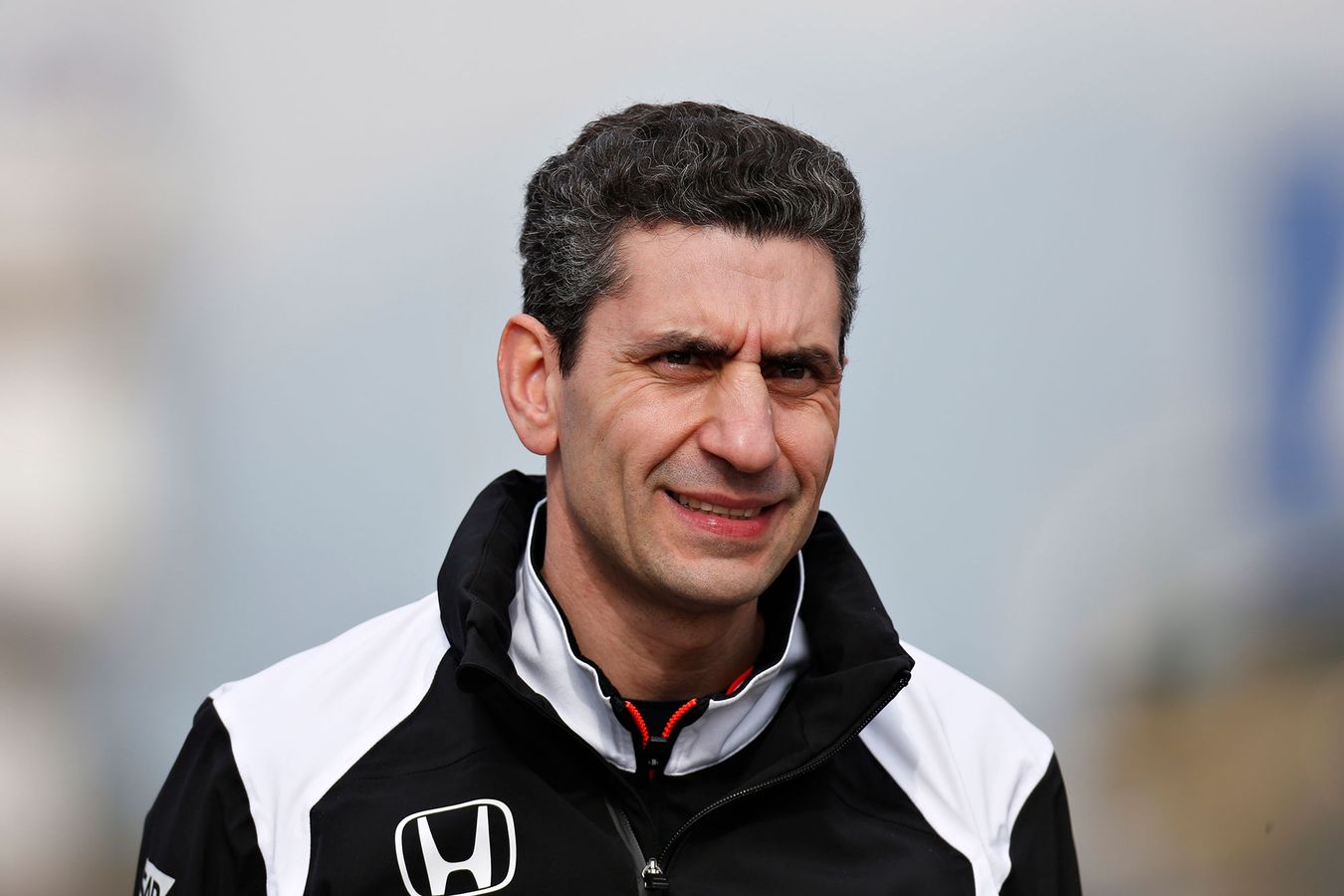 "It’s worth mentioning that, owing to the length of Dave’s McLaren career, his role has grown and expanded over a number of years. By the end of 2016, he was taking on a number of different responsibilities within that role, and we’ve decided to use this opportunity to load more evenly those duties among other members of the race team. So Andrea will become our chief point of contact for any interaction we have with the FIA during a race weekend, liaising with Charlie [Whiting] and his team of scrutineers and stewards to ensure compliance and fair play. Andrea is a clever, perceptive man, with a fearsome intellect and a really broad focus. I’d describe him as a very precise thinker.

And how will the race team play out under Paul’s management?

"Just as Taffy has proved his ability to step up into a more senior role, I’m equally delighted that we’re able to promote from within to make Kari [Lammenranta] – formerly the number-one mechanic on Fernando’s car – our new chief mechanic. 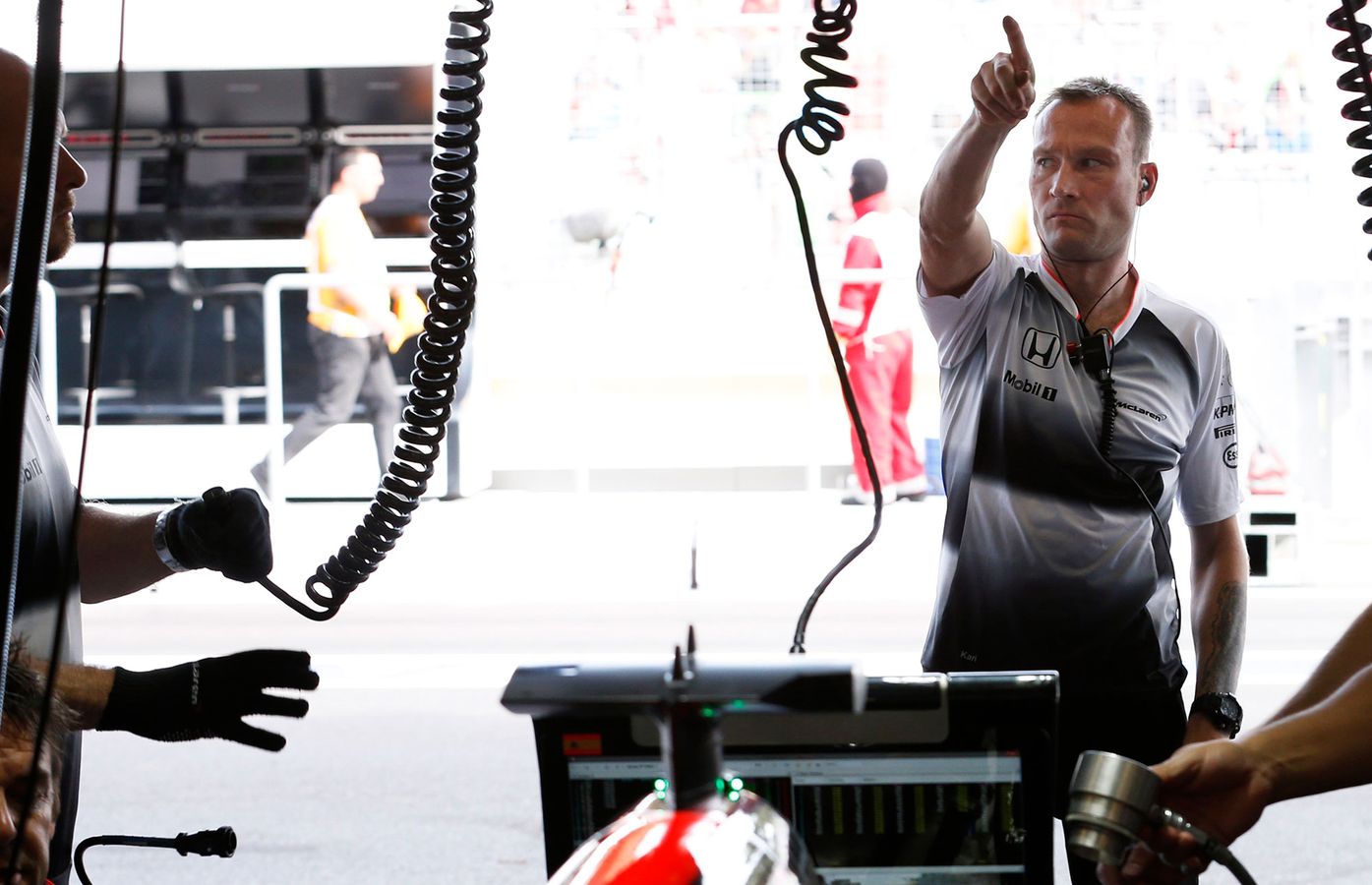 "Like Taffy, Kari is a no-nonsense guy. He’s a tough-as-nails Finn who enjoys a laugh and knows just how to get the best from his team. He’s a tireless and diligent worker, he never complains, and he really understands what it takes to make a racing car work.

"Replacing Kari on Fernando’s car will be Marc [Cox]. Everyone in the team gets on with Coxy, which is what my British colleagues like to call him – so many nicknames, no? In fact, the mechanics tell me that Coxy has another nickname, One Man Army, which I think tells you all you need to know about just how effective he is at his job. He’s a real character, too. 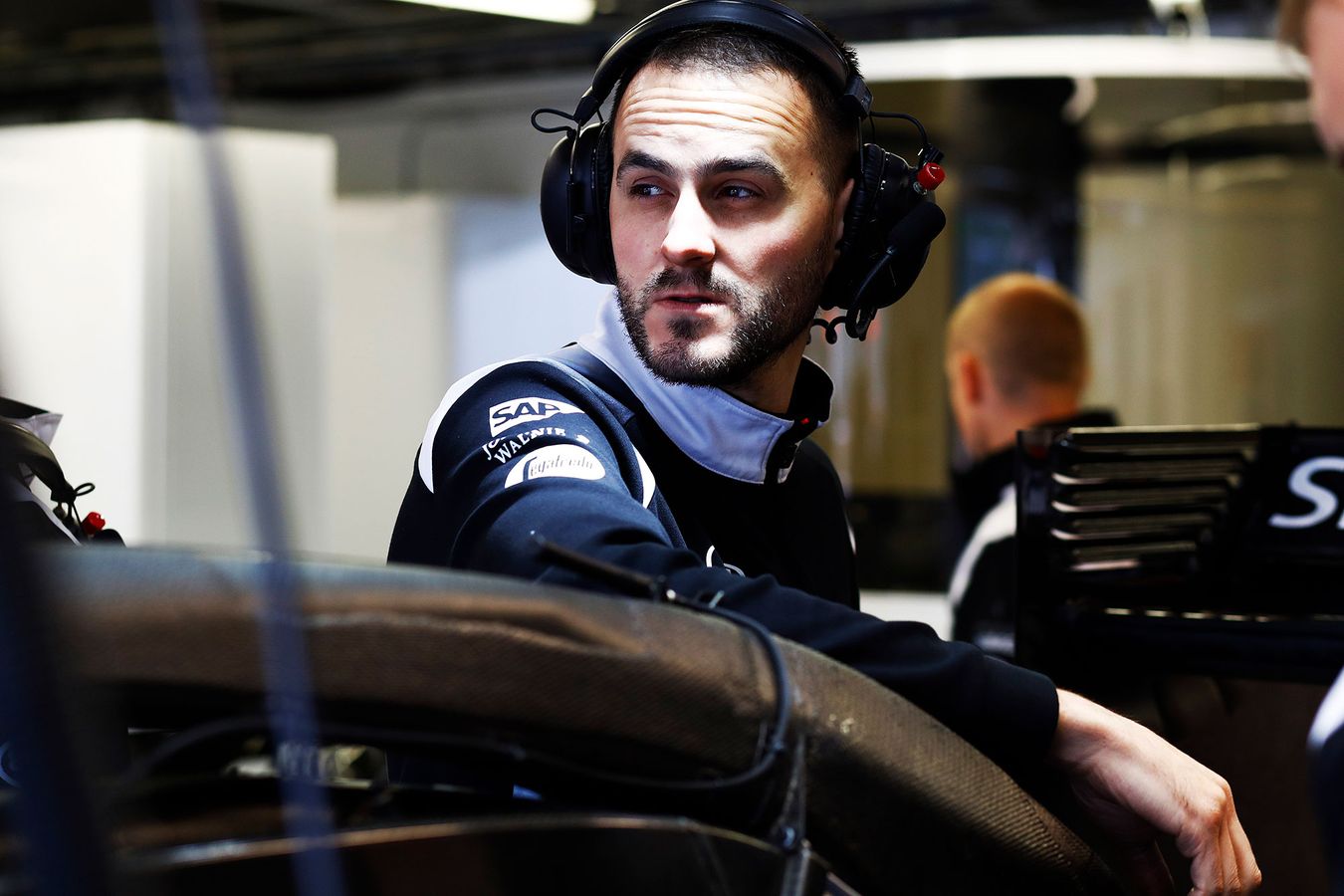 "I’m extremely enthused about what we’ve done, and I think we’ll now go into the new season feeling extremely confident that the new appointments we’ve made will properly establish themselves within a very short space of time.”

Did you consider looking outside the team to make those organisational changes?

"No, not even for a second.

"Why not? Let me tell you: what makes me really proud about all of this is that, when we understood that Dave would be leaving us, we were able to recruit entirely from within to replace and regroup. That not only tells you a lot about the strength in depth at McLaren, but it also indicates the very high esteem in which we regard our own people.

"And that’s a philosophy that trickles down through the entire organisation. For a long time we’ve been working hard to encourage STEM [science, technology, engineering and mathematics] within local schools, and to support apprenticeships and graduate schemes that introduce the best young talent into McLaren. We’re passionate about growing and developing careers – we really want to empower people. And that’s why we’ve been so successful at offering opportunities to young mechanics straight from school or college, or to graduates fresh out of university. We’re turning such people into the next wave of top-level professionals within the motorsport industry. And I think the changes we’re making at the top of our race team should be really heartening to any young graduate currently standing on the bottom step of the ladder."

Are there any other changes planned ahead of the new season?

"As I say, there will always be changes, and that’s the way it always should be. As you know, a Formula 1 car itself never stays the same from one race to the next. Across the businesses, in fact, we’re triggering other changes – and we’ve got some exciting changes planned for our new car, the MCL32, but we want those to be kept secret until we show it to the world on February 24th!"