During the course of the 2016 F1 season, we bring you exclusive access to some of the personalities in the McLaren-Honda Formula 1 team. Meet the men and women who keep the team on track throughout a race weekend, at the circuit and back at the McLaren Technology Centre. This week, the spolight is on Mark Norris, Head of Partner Activation for McLaren Marketing.

PITSTOP ROLE:
Observing from the McLaren-Honda Suite with guests. 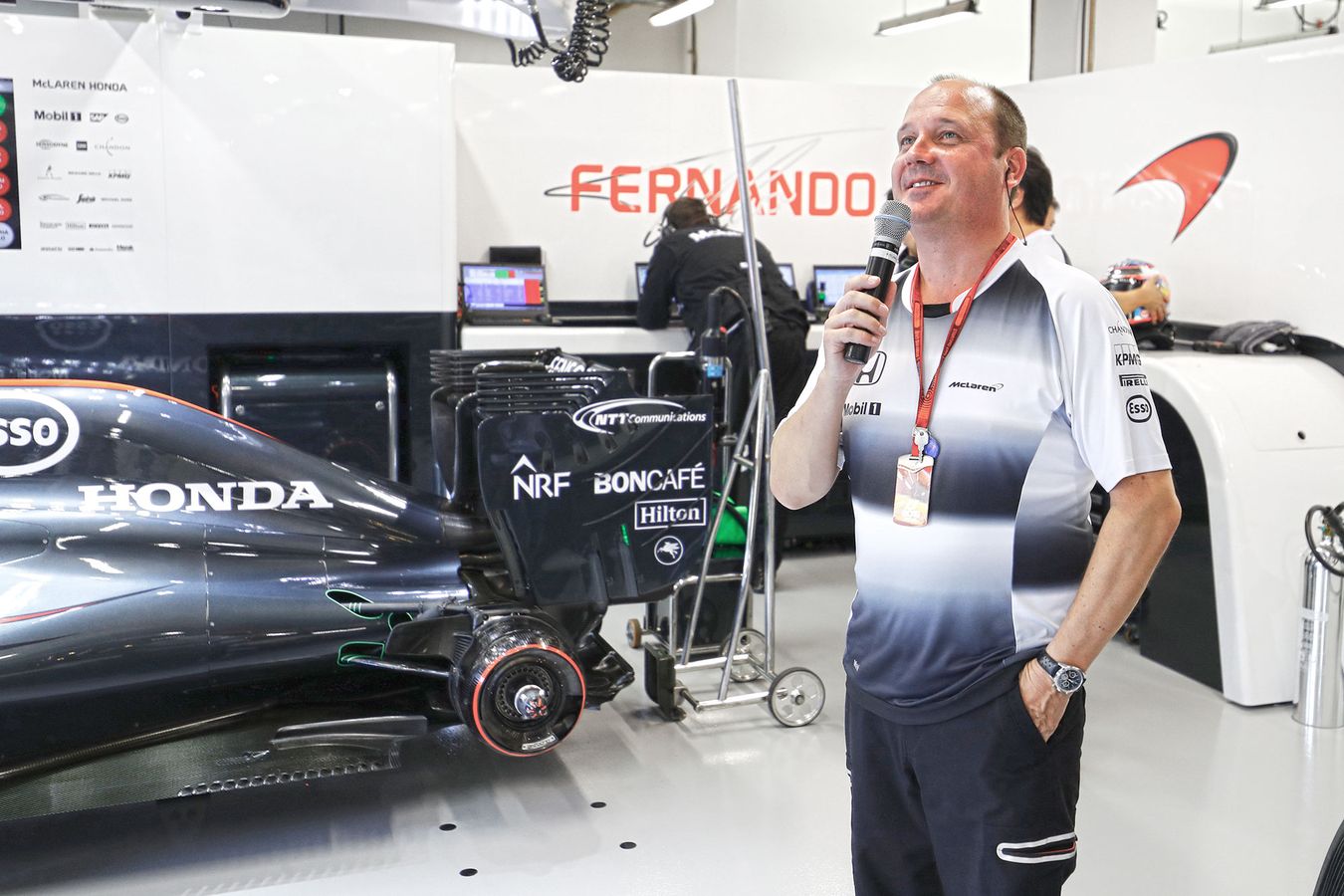 HOW LONG HAVE YOU WORKED AT MCLAREN?
It will be 20 years in November.

FAVOURITE RACE LOCATION & WHY?
I love Melbourne because it’s like the first day back at school in a new term. It’s the first time you get to see a lot of people you know after the winter period, and see who is doing new or different things around the paddock.

FIRST McLAREN MEMORY?
British Grand Prix 1986 – I was a spectator at the race and got the opportunity to go into the paddock…at that time we didn’t have to worry about swipe gates. The paddock was all on grass and all the teams had little gardens and fountains at the front of their motorhomes, it was like a summer garden party. McLaren was the iconic British team, Alain Prost and Keke Rosberg were the drivers at the time and I saw them both in the paddock. The red and white livery just stood out compared to the other teams.

BEST McLAREN MEMORY?
I actually have two….the first would be going to my first race for McLaren – Melbourne 1997, which David Coulthard won. That was the first Mercedes-Benz F1 victory since Fangio. What a great first race for me! The other has to be the demo run we did in Budapest with Jenson where we launched Vodafone’s high speed broadband. The event was watched live by 1/3 of the population of Hungary!

FAVOURITE RACE IN McLAREN HISTORY?
Canada GP 2011 – what an incredible race for Jenson. Everything stacked against him, he was last twice, six pit stops, collided with his team mate, race stopped due to rain, then overtook Vettel on the last lap to win the race. Talk about a comeback!

WHAT WOULD BE YOUR THREE F1 TRAVEL ESSENTIALS?
1. FOM pass – wouldn’t get very far without it.
2. Phone – we always need to be contactable, no matter where we are.
3. Wallet – as long as you have these three, you can buy anything else you might need!

BEST PART OF YOUR JOB?
There are lots of great things about my job; working with a great team of people - every day is different. Getting to travel the world and meeting a lot of interesting and diverse people along the way.

FAVOURITE McLAREN DRIVER – PAST OR PRESENT?
It has to be either DC or Jenson. They are both down to earth people – what you see is what you get, and I’ve had some interesting and fun times with both of them. Buy me a drink sometime and I might tell you more….

WHEN NOT AT WORK, I LIKE TO…
Do as little as possible, but I do enjoy driving my classic Triumph TR6 – which only comes out on sunny days!

INTERESTING FACT ABOUT YOURSELF…
When I can, and not as often as I would like to, I compete in the National Tarmac Rally Championship. I have been doing it with my best friend, Mark Welch since 1987 and I am the navigator. We won the South of England Rally Championship twice! And we have rallied Mark 1 and 2 Escorts, we built one of the first Escort Cosworth Clubman-spec cars ourselves, and we currently rally a Subaru S9. 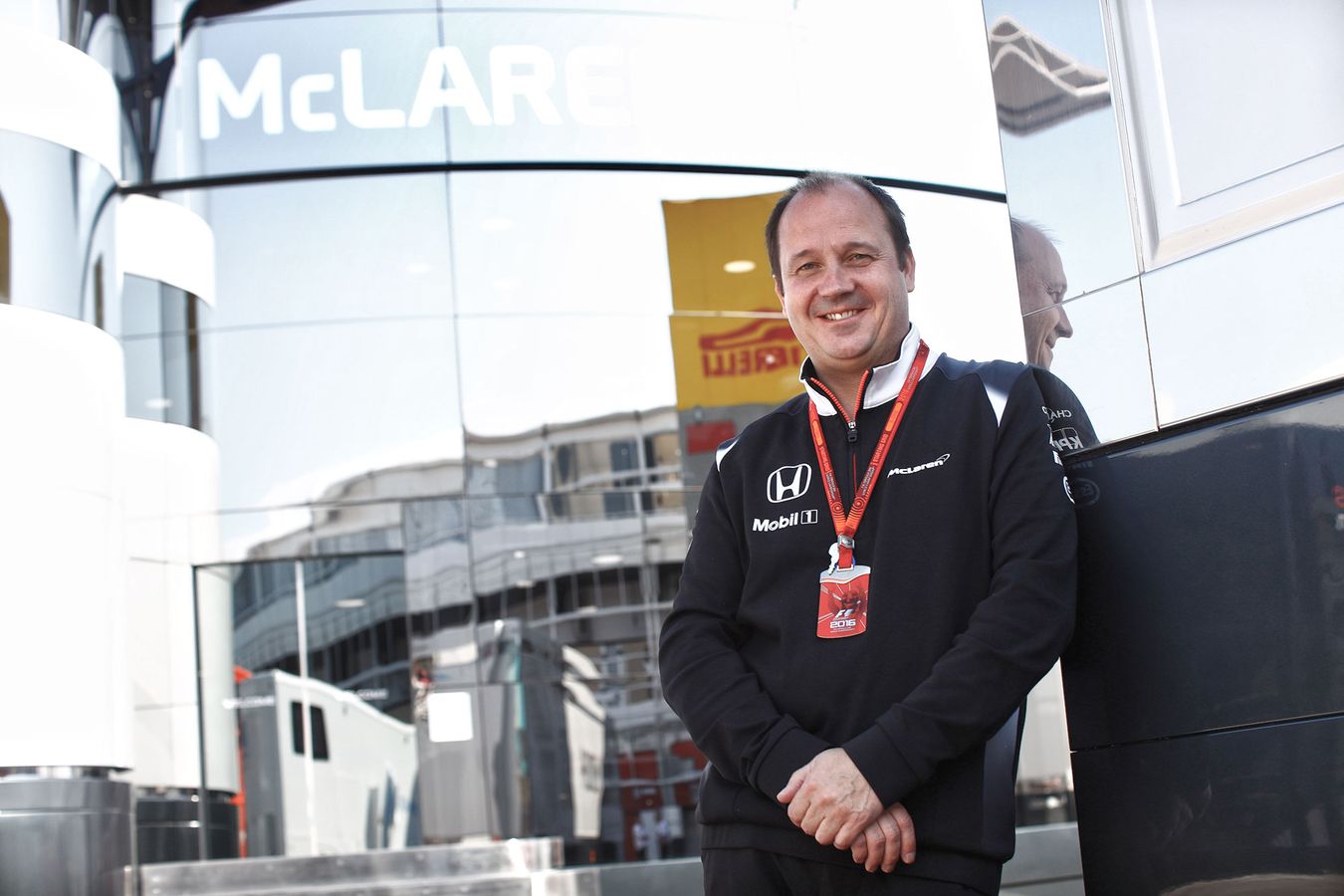 WHAT FUELS YOU THROUGH YOUR DAY (FOOD/MOTIVATION)?
I am a sucker for Haribo Tropical Mix, and mentally, I just want to do the best job I can and be proud of what I can achieve.

YOUR FAVOURITE LUBRICATION (DRINK!)?
I do love a good Pinot Noir!

IF I WASN’T WORKING IN FORMULA 1, I WOULD BE…
I have no idea, but it would have to be a job that wasn’t 100% office-based – I love being able to get out and about.

WHAT WAS YOUR FIRST JOB?
I worked for Ford Motor Company when I was 16. I started off in assisting in Fleet Sales…imagine a 16 year old trying to sell you a car these days!