The irony is not lost on us that when we launched a competition to win the hoodie from Lando Norris’ camo-inspired Glitch collection, our website wasn’t quite behaving like its usual self as thousands of you made a beeline for McLaren.com to try to get your mitts on it. Were we surprised by the demand? Honestly, no. Like Lando, camouflage is on trend every season.

The good news is that the Glitch collection, including the hoodie, is going to drop on the McLaren Store soon and when we asked Lando to tell us more he said: “Well, it’s camo. Who doesn’t like camo? But rather than blend in, it’s about standing out. I’m a huge fan of camo effect, just look at the design that featured on my helmet for pre-season testing last year. The Glitch range is a continuation of this theme. The pattern has evolved: it’s fun, it’s fresh and it’s still very yellow! I really enjoyed putting this collection together and I’m looking forward to doing more stuff like this in the future.”

Here’s a rundown of what’s in store (literally)…

Harness the ultimate power of the bucket hat with Lando’s latest take on the must-have ’90s fashion accessory that’s making a bigger comeback than cargo trousers and lockdown-induced mullets.

If you fancy something for your noggin that’s a little less Kevin and Perry Go Large, then the Glitch cap is the way to go. It’s as if someone got hold of a New Era cap and then had a ‘moment’ with flow-vis paint – apparently, McLaren F1 Racing Director Andrea Stella is keen to validate the cap’s aerodynamic performance in pre-season testing. 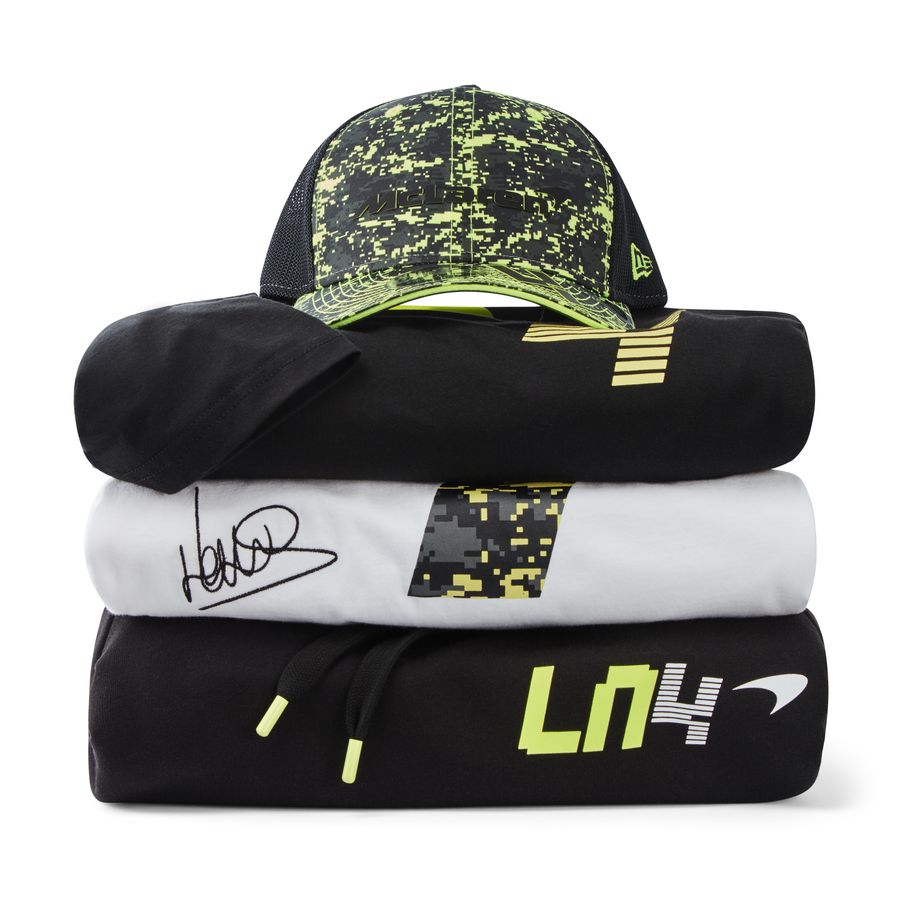 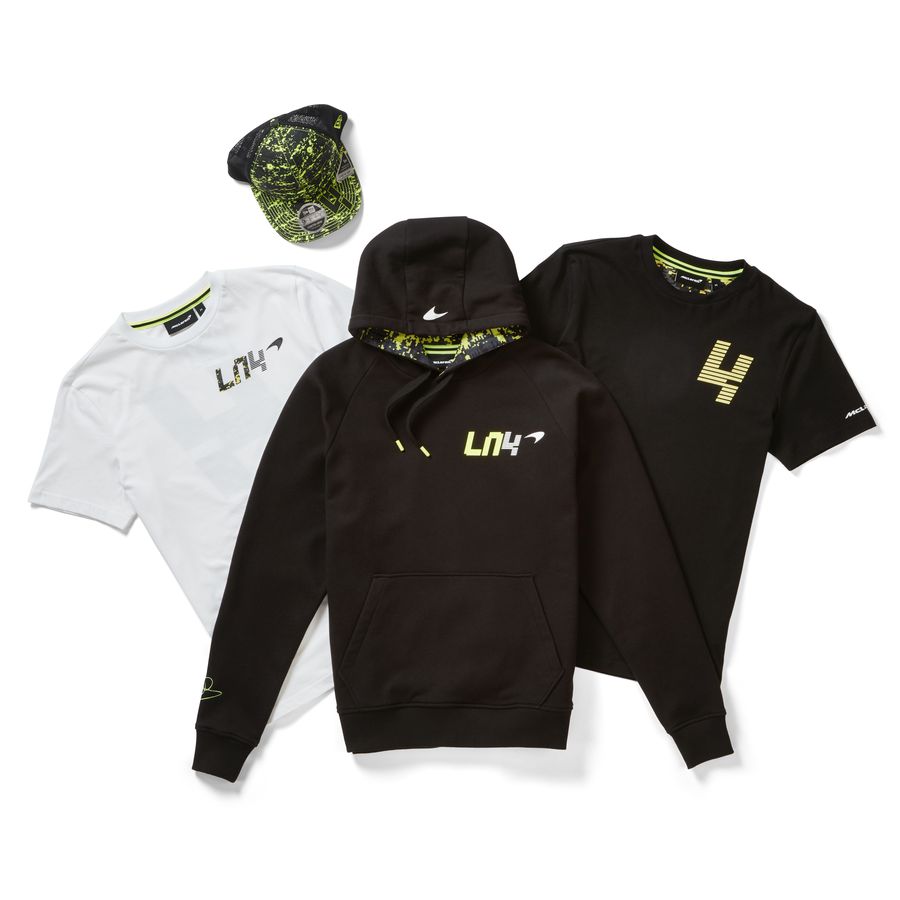 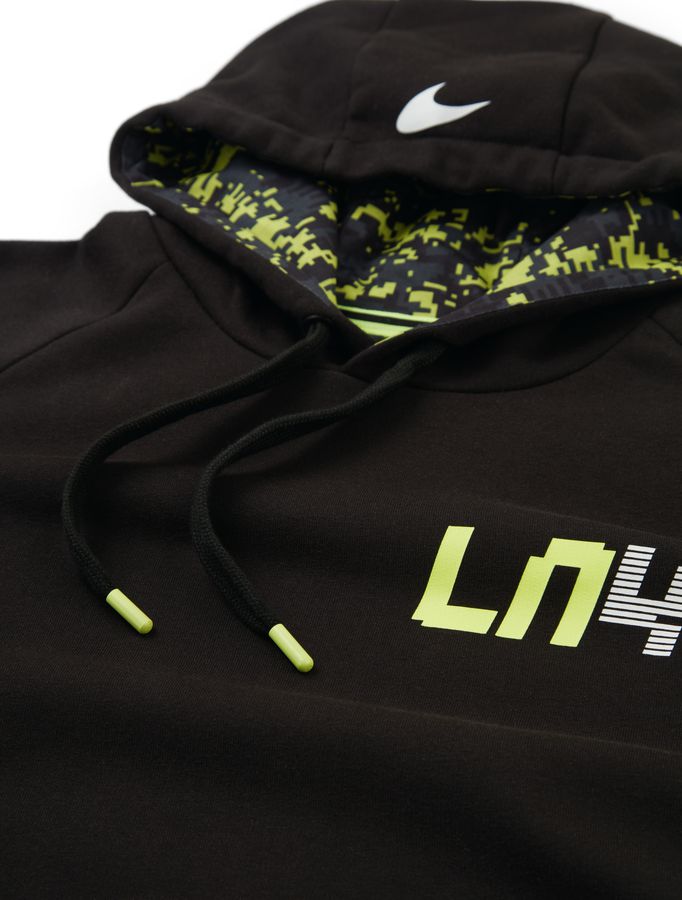 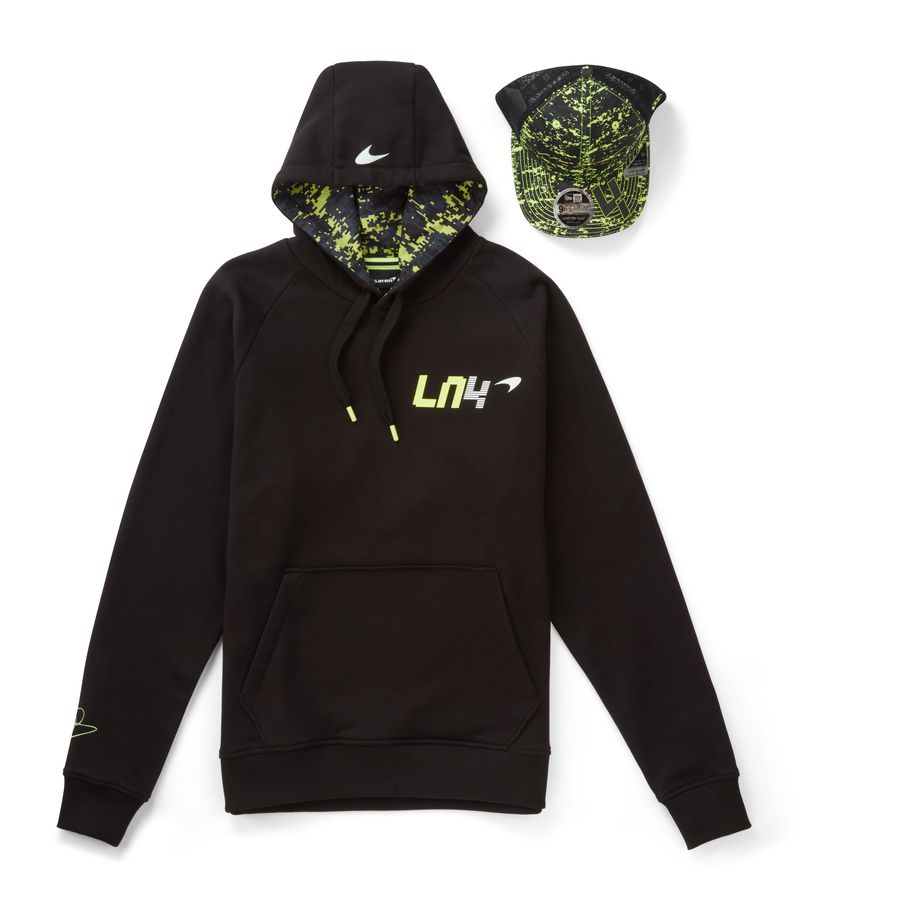 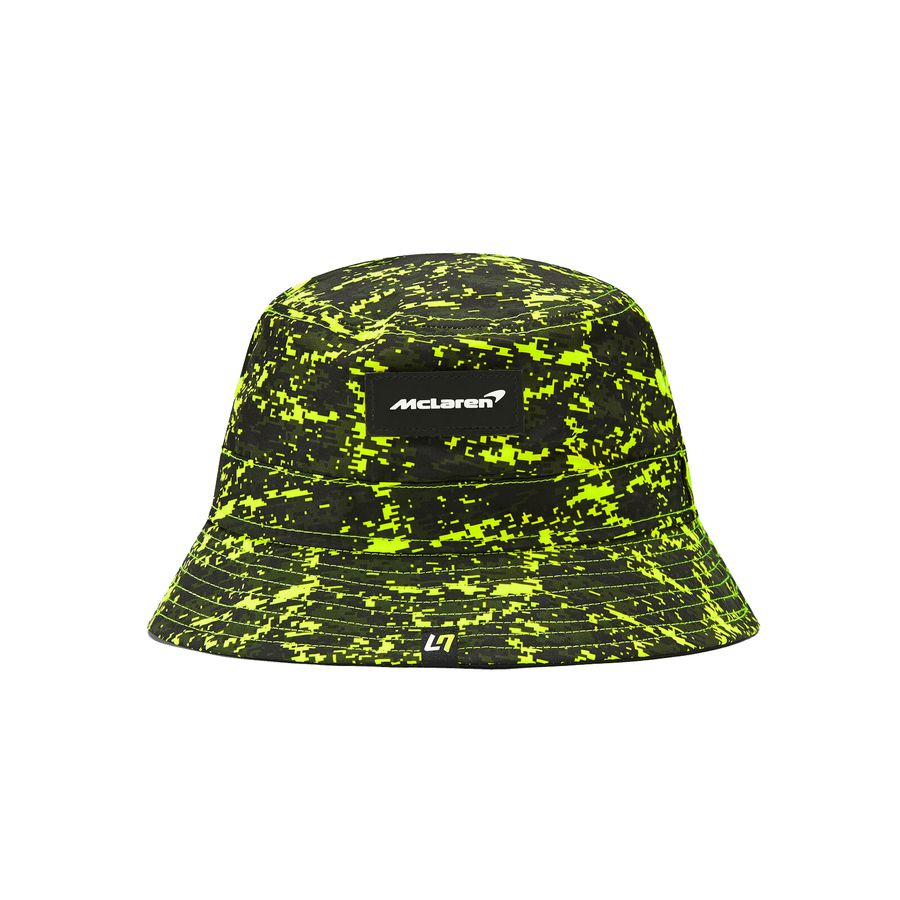 That’s right, there’s not one but two of them. Both have lashings of fluo yellow and you have a choice between one in white and one in black. But, let’s be honest, we all know what to go for here. Both!

And, of course, the hoodie

Oh yes, it’s hoodie season. And, unlike the F1 season, it never ends, which is great news because whether you’re working from home, weathering those chilly nights or just walking to the shops, this hoodie is about to become your new best friend. With the Glitch motif inside the hood, Lando’s logo on the chest and even his signature on the sleeve, this thing is supremely stylish. It’s also incredibly soft, which means every time you put it on it’s like having a big ol’ bear hug from Zak Brown.

Sign up to McLaren Plus to be the first to know when the new Glitch range is available on the McLaren Store.

WARNING: Possible side effects of wearing the Glitch hoodie may include moving up and down, side to side, like a rollercoaster. McLaren Racing Limited cannot be held responsible for any injury as a result of bear hugs. If symptoms persist, consult your physician.

Lando and Daniel kick off the season in style...