I keep six honest serving-men
(They taught me all I knew);
Their names are What and Why and When
And How and Where and Who.

They say that if you can answer every one of these questions about a topic, you’ll have a clear understanding of it. So, with Formula 1 pre-season testing set to be a little different this year, we thought we’d provide the answers you need to ensure you’re fully clued up before the MCL35M takes to the track.

Circuit de Barcelona-Catalunya has been F1’s traditional pre-season proving ground in recent years, but not this year folks: the Bahrain International Circuit will stage its first pre-season test for seven years. That means you can wave goodbye to the bobble hats, thick coats and warm cups of tea you normally see during pre-season testing and say ‘hello’ to shorts, shirts and the odd ice cream, as we take to the track in much warmer climes compared to the single-digit temperatures typically served up in Spain at this time of year. Higher temperatures and more predictable weather should make for more representative track conditions and therefore analysis of car and tyre performance – barring any sandstorms.

Last time out at the Bahrain International Circuit 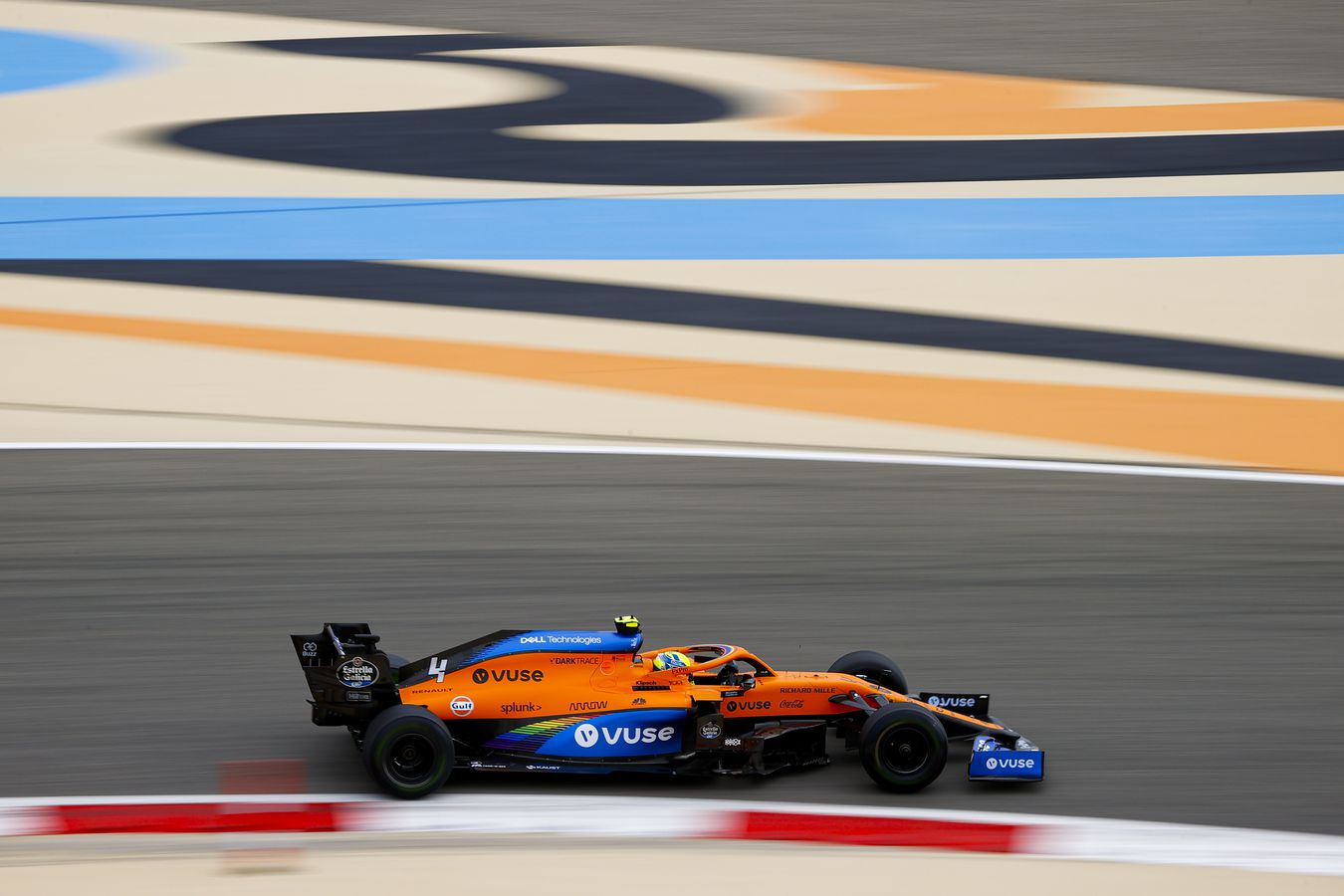 Last time out at the Bahrain International Circuit

12-14 March, just two weeks before the season opener. Pre-season testing was originally slated for 2-4 March, but the later date has given teams more time to prepare and ensured less of a logistical headache with equipment able to stay in Bahrain ahead of the first race.

Who's in the car?

Lando and Daniel of course. Who else?! They will share driving duties across the three days, with Daniel set to get behind the wheel in the morning on day one, followed by Lando in the afternoon.

Why does it matter?

With everyone saying don’t read too much into testing times, it’s understandable that you might come to the conclusion that testing isn’t that important. But trust us, it really is.

“This test is important because it provides us with the opportunity to familiarise Lando and Daniel with the new car, further integrate Daniel in the team, and continue the excellent collaboration with our colleagues from Mercedes AMG HPP,” says McLaren F1 Racing Director Andrea Stella.

“It also gives us the chance to check the reliability and performance of the MCL35M. While it will be interesting to see how all the teams perform, we will have to wait until the first race to have a clear picture of the competitive order.

“Only three days of pre-season testing this year, compared to six in 2020 and eight in 2019, means that maximising efficiency and quality of learning throughout the test will be essential. And, with the first race of the season also taking place at Bahrain International Circuit, what is learnt during this test is directly relevant for the season opener.”

“The target for the first day is to confirm all the main systems on the car are working as expected and to establish a good baseline,” explains Andrea. “This will include car systems checks, validation of aerodynamic performance and familiarising the drivers on operations.

“All systems checks should be completed on the second day. We’ll then focus a bit more on performance for the remainder of the test. This will involve a combination of short runs and long runs with a variety of tyre compounds.”

All three days of testing will be broadcast live on Sky Sports F1, but if you really want to get closer team you need to download the McLaren App to enjoy exclusive behind-the-scenes action.

Oh, and if you fancy grabbing some facetime with Daniel while he’s at the track this week, and you’re an Aussie, then why not enter our latest competition?