Evolution of the MCL34

What exactly does it take to go racing into a new season?

Evolution of the MCL34

What exactly does it take to go racing into a new season?

The clock is ticking and the countdown is on. With less than a month until our 2019 challenger is revealed on 14 February, we caught up with members of the team to whet your appetite for what’s to come this season.

2019 sees an all new aero-regulation package which will have a significant impact on the design and performance of this season’s field.

Most apparent will be wider, higher and simplified front and rear wings, intended to help chasing drivers follow the car in front more closely - and therefore increase the possibility of overtaking. The work conducted by the team’s aero department has been handed over to the design office and production team to bring countless hours of windtunnel and CFD analysis to fruition.

Just how will things look on the surface, above all those neatly woven layers of carbon fibre?

The MCL34 chassis is currently getting its splash of colour in the paint shop ahead of launch. The design of this year’s livery began in earnest in July of last year, before the MCL33 had even turned a wheel in front of home crowds at the British Grand Prix.

“Collaborating with both the aero department and paint shop, as well as long-term partner AkzoNobel-Sikkens, the brand creative team established the canvas and medium it had to work with,” says Group Brand Director, Louise McEwen. “The MCL34 livery design has been informed by the race team as part of a constant drive for performance, but of course can be considered a creative piece of work too.”

Last year’s livery harked back to the team’s roots, drawing its inspiration directly from the team’s iconic papaya orange colour scheme which McLaren first raced in Formula 1 in 1968. A nod to the past, with a focus firmly on the future. It was brave, and a hit with fans who had clamoured for its return. This year’s livery will once again deliver in those terms, building on the equity of the brand colours which have been synonymous with success across Formula 1, Indy 500 and the Can-Am series.

What do the 2018 Italian Grand Prix and McLaren’s 2019 logistics have in common? Monza’s temple of speed was the stage for a meeting to review lessons learned from 2018 and set out improvements for this season. What could be done better and more efficiently? What needed modifying or reconfiguring?

“Fast forward to the second week of January and the team delivered the first haul of sea freight, full of garage equipment, for shipping to Australia,” explains Assistant to Transport Manager, Martin Boyes. “We’ll be reunited with it when we arrive Down Under to set up the garages and hospitality for the first race of the season.”

It’s the first wave, excuse the pun, of 20 tonnes of sea freight set to arrive in Melbourne, and it will be joined by a further 30 tonnes of air freight. The European races are the real heavyweights though, with the team taking 750 tonnes – including 24 trucks – to every single grand prix venue. Over the course of the year, the entire fleet of trucks can be expected to cover around 400,000km (250,000 miles). 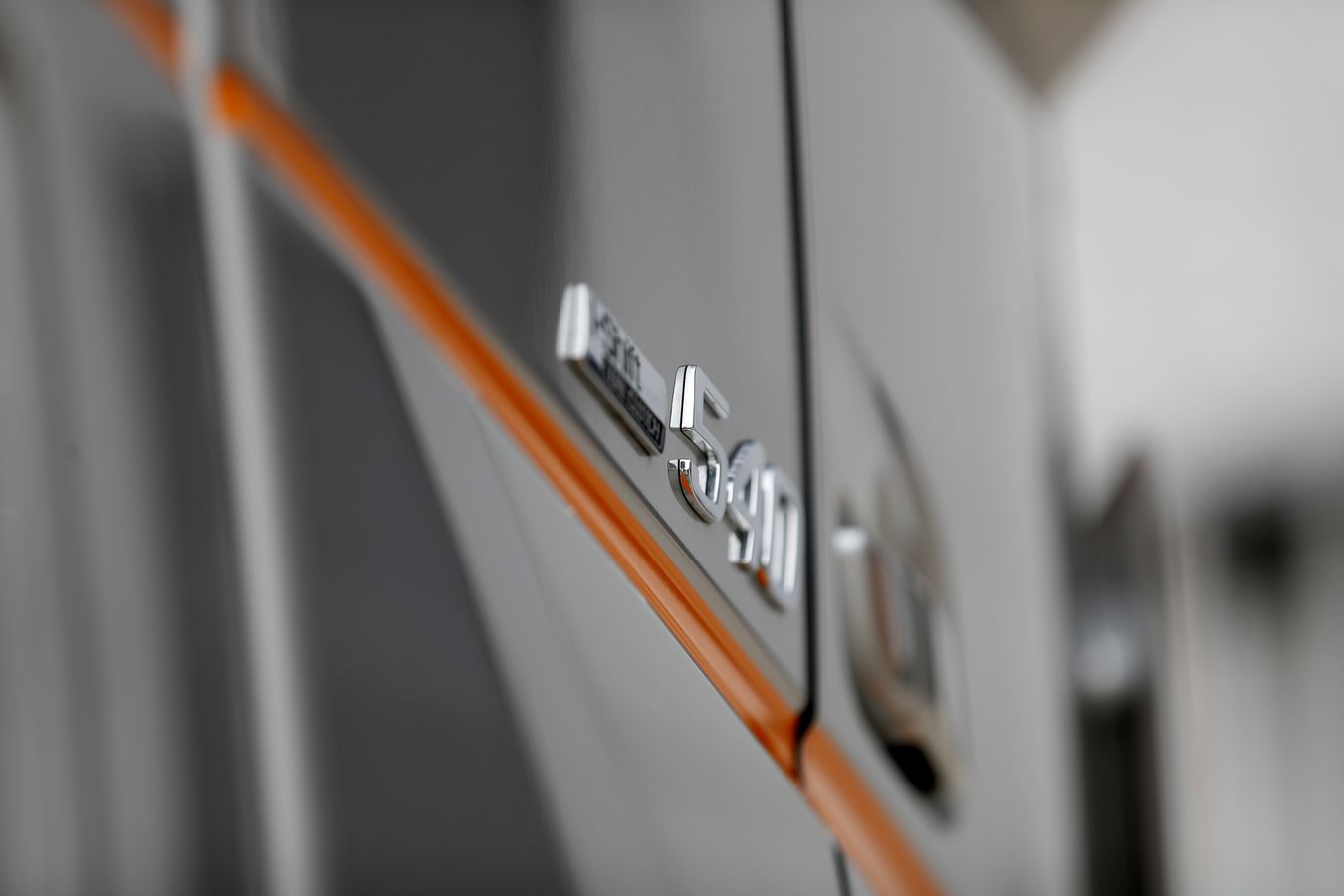 “This wouldn’t be possible without our official truck supplier, Volvo Trucks,” added Boyes. “It provides a fantastic support network and we enjoy a really strong relationship.

“Its 24-hour breakdown recovery assistance – Volvo Action Service – has never let us down. Volvo Trucks has repeatedly pulled out all the stops to ensure we get the tractor units and trailers where they need to be on time.”

The transport team is also hard at work collecting and delivering components for the MCL34 throughout Europe. It’s part of a bigger logistics operation at McLaren, with the transport team responsible for the movement of pretty much anything and everything. Whether it’s an important contract from the legal department that needs signing, or collecting a driver from the airport to bring them to the MTC for a seat fitting, they’ve got it covered.

Formula 1 and style go hand in hand. While performance on the track obviously does the talking, team identity speaks volumes. The team kit is always a balance between design, performance and practicality.

Development of the 2019 team kit started in April last year, not long after the chequered flag fell in Melbourne at the Australian Grand Prix. As soon as the team kit for the current season is delivered, attention immediately turns to the next.

This lead time is needed to give enough scope for plenty of feedback from the team during the design, production and sampling phases. It’s not simply a case of deciding upon a design and going straight into production.

“We’re now at a stage where all the team kit has been manufactured,” explains Product and Supply Chain Executive, Janann Halliday. “It was delivered to the printers last week to have logos applied, and we have started receiving the finished articles at the MTC.

“We cannot give fans much in the way of clues, but we always try to set ourselves apart from the rest of the grid. We’ll be making a bold statement this year. Things are going to get colourful.”