After a triumphant homecoming to the McLaren Technology Centre, which included countless media engagements, partner calls, photo requests and, of course, celebrations with the team, Daniel sat down with McLaren.com to reflect on a magical weekend at Monza.

I don’t know if I look that sexy right now. [Laughs.] I’m still very sleep deprived… need a haircut, need a shave. But I feel… I feel good. I feel really good.

I feel pretty fulfilled right now. It’s been a while since I was on the top step. I’m sure a lot of people thought I wouldn’t get back there so that makes this win even sweeter. But for McLaren, it’s been nine years. Nine years! I thought three years for me was a long time to wait, but McLaren has waited for nine. That’s crazy. To contribute to ending that wait, to help put a smile on everyone’s face, that’s what’s made me most happy.

"I came to McLaren to win." Those are your words. But how did you actually do it?

Look, everyone knows it’s been a challenging year for me, probably the most challenging of my F1 career, but there was something… I definitely took something from August, from the break, just getting away for a bit. I needed that. I needed to step away, to get a bit of distance and, through that, gain a little perspective.

Coming into the Italian Grand Prix, and I know it’s easy to say it now but anyone who watched the weekend unfold will know, there was something about me that was kind of like a man possessed. I don’t always show that in interviews but, behind closed doors, I was as hungry as I’ve been in a very long time. I realised early on that this weekend was an opportunity. I was sick of sucking all year and I was just like, “Yeah, let’s go!” 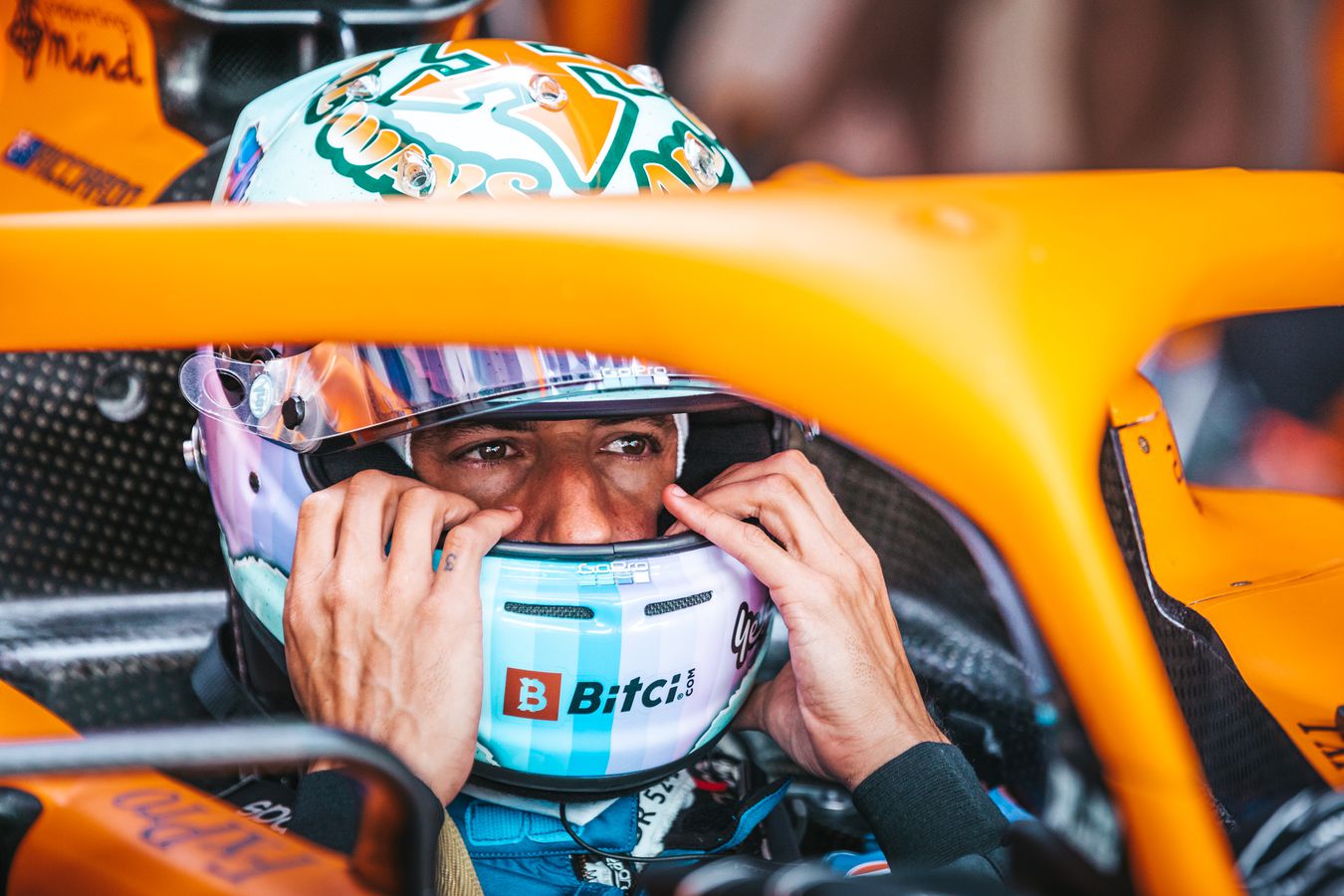 So how do you stay cool under the pressure? Or, maybe you don't want to?

You know, I loved being back up there at the weekend. I loved having the chance to fight, like getting up to third in the Sprint. I loved that. I love being back to where I believe I can be. Some might say, “Yeah, but what about the pressure of being at the front?” But that’s the place I’m most comfortable. That’s the place I love. On Sunday, all I wanted to do was lead into Turn One. I was like, “I just want to lead again. I just want to be the target.” And I did that. I remember getting out of the first chicane – Turn Two and I was like, “Imagine everyone’s face right now in the pit, imagine the team in the garage. They must be pumped.” And then that quickly turned into, “I don't want to let this go now. I’m leading!”

I was like, “Unless we’re really slow, I’m gonna make this as hard as I can for anyone who’s got something for me today.” But, I was never really in doubt. Except around the pit-stops. I thought if someone’s got a lot more pace, they’ll undercut or overcut or whatever. But other than that, on track, I was very convinced we were going to hold onto to first place.

Was this your most emotional win?

It was on a par with the high of Monaco 2018. I thought that win would never be matched because of the whole redemption thing after what had happened to me there two years earlier. But what I felt in Monza was as high as that. And I felt that high personally, but I also felt it with the people around me: everyone was just floating. I remember doing interviews and I was… I wasn’t really there at the time in some of them. It was wild.

What does the one-two mean for the team?

It feels awesome to end the drought for the team, especially after the year I’ve had. And, obviously, I’m glad I was the guy to get the win. That’s just the competitor in me. You want to be the guy that everyone’s patting on the back and it certainly hadn’t been me for the majority of this year. So, to then just tick that big box, that felt really nice.

When I look back at it though, the win was insane but just as insane was the one-two; seeing Lando there, knowing that the whole team is going to be stoked. It’s not like one car won and the other car crashed, leaving the team with mixed emotions. I knew everyone was just gonna be freakin’ pumped. Obviously, I knew Lando was second but when I saw him there in parc fermé, alongside me, it felt so good. We gave each other a hug and I think all I said to him was, “Did we just get a one-two?!” I think that's what I said. I remember hitting him on the helmet and was like, “The team must be so happy right now.” 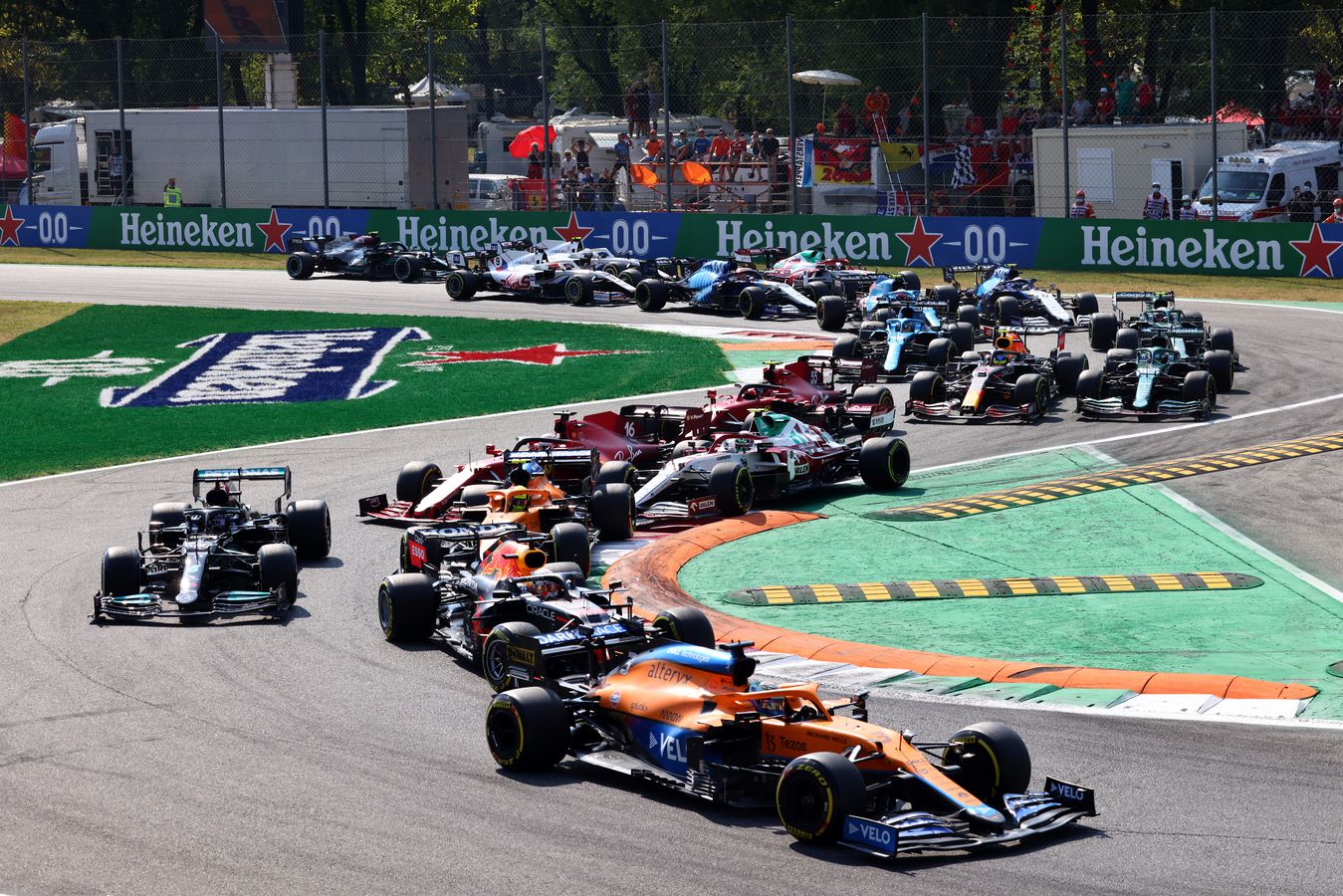 With the difficulties you've faced this season, was there a moment where your motivation was at its lowest?

There were definitely moments. Yeah. Because the results weren’t there, and it wasn’t that clear to me as to why. Those days were not fun. I don’t race to just be another driver and to be on TV. I race to win and achieve success, and to be the guy who everyone’s like, “Yeah, this is the guy.” When you’re far away from that, it sucks and it’s not enjoyable.

This year there have been more of those days where I wasn’t stoked but I have had those days in previous years and, maybe I’m one of the only ones to admit it, but I think it’s just a product of the sport we’re in. As a driver, your win ratio is smaller than probably any other sport. In most team sports, you probably win 50% of the time, if not more, but name a driver who has a 50%-win ratio in F1? No one. I don’t think anyone does and if they do, then they’re a unicorn. You enter this sport knowing that you’re gonna have to put up with a lot of lows, but that’s what makes the highs even higher. And that’s what draws you back in.

Does that ever keep you up at night?

Yeah, absolutely. It keeps me up at night. But I think one of my strengths is being able to deal with disappointment and then moving on. And I’m not saying I bury it – not at all. I do address it and I try to learn from it. If Sunday’s terrible, for sure, Sunday night I’m very annoyed and I probably won’t sleep great, but by Monday I’m like, “Alright, let’s attack this because what I felt 12 hours ago, I don’t want to feel that again.” I hate that feeling, so I’m like, “What do I have to do to not be in that position again?” And then that’s the motivation moving forward.

And when all the noise fades away and you're alone, who do you speak to and what do you talk about?

Mum and Dad. That’s the first call I make. After the race, by the time I got back, I think it was like 2:30 am for them. And I was like, “I wonder if they’re still awake...? They’re probably awake, they're probably drunk, or their adrenaline is so high they can’t sleep.” So I FaceTimed them and that was cool. It was cool just to see how excited they were at that moment because by the morning, naturally, a little bit of the emotion has fizzled out.

Straight after that call, I had a shower. And that was really the first moment I had to myself. Those five minutes were the chance for me to exhale and when I did, do you know what happened? I just giggled to myself. Simple as that. I just giggled. [Laughs.] 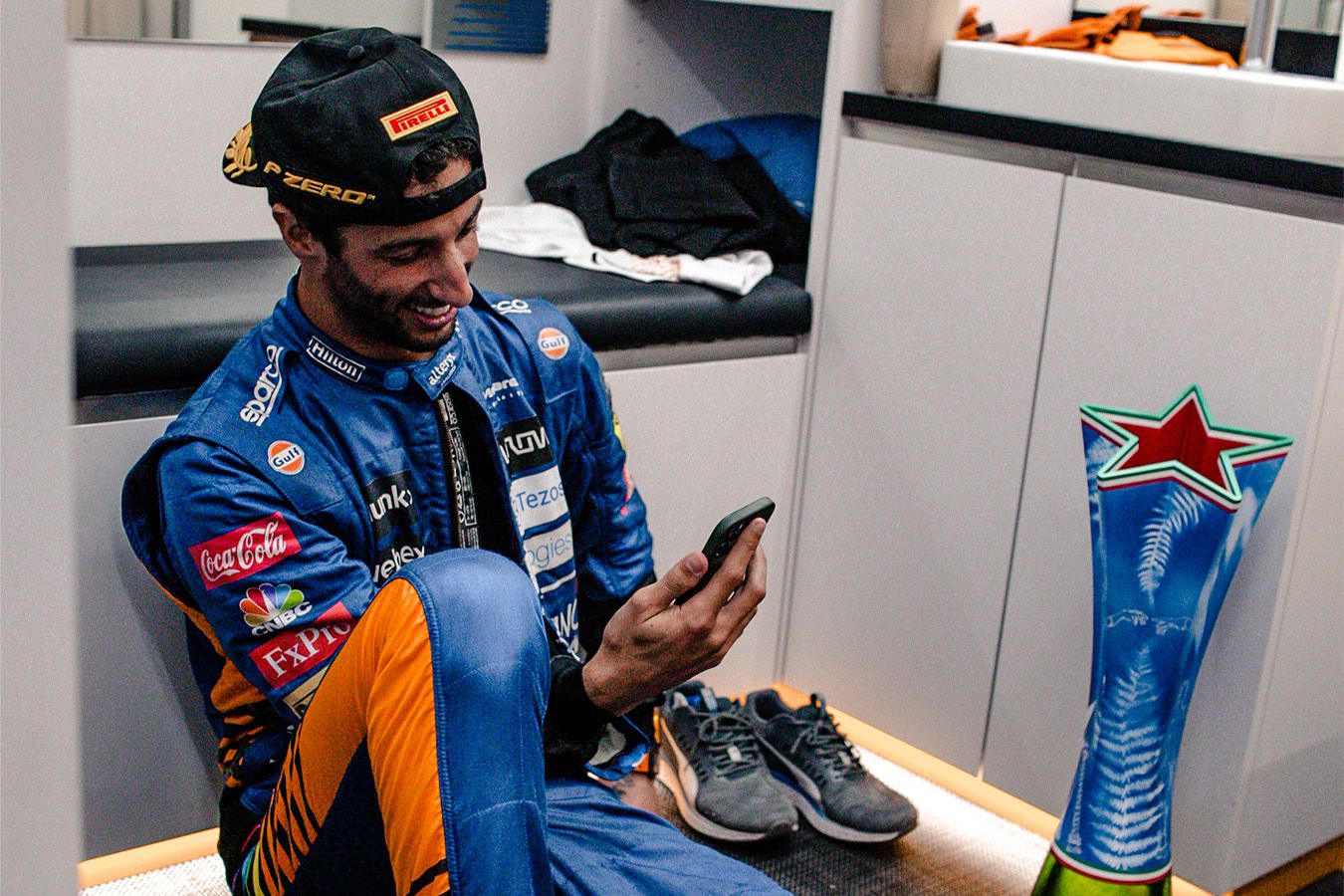 What's most important to you right now, Daniel?

[Long pause.] I’d still say family. Yeah. I think it dictates a lot of your happiness and all that. Not having family around over the past year… it’s been… it’s been hard. I was fortunate to grow up in a really loving and affectionate home. Not having some of that, it’s like a part of you, a part of your life that you enjoy, is missing.

I’ve been very fortunate to have a really good support network around me. You know, good friends, whether that’s Blake [Friend] (Daniel’s manager), whether that’s Michael [Italiano] (Daniel’s personal trainer), or people in the team. They kind of fill the void. Of course, I miss my family, but I’ve been able to, let’s say, soldier on just fine because of them, because of the other people in my life. I think staying busy helps as well. And just being driven. This sport keeps me laser-focused.

There's always the next race.

Yeah. But for now, after Monza, I don’t want to think about the next race just yet. I want to enjoy this moment for at least a week, and then we’ll focus on the next one.

Inside our unforgettable race-winning weekend in Italy

Welcome to the winners' club

The Italian Grand Prix according to social media

Find out what happened during our team celebration at MTC