The new device marks the start of a long-term partnership

The new device marks the start of a long-term partnership

Unmatched speed is at the heart of the OnePlus 6T McLaren Edition, with new technology including Warp Charge 30, OnePlus’s new charging standard. Warp Charge 30 takes fast charging to new heights and never leaves people wanting, offering a day’s power in just 20 minutes. Thanks to new Integrated Circuits in both the charger and the phone, as well as finely tuned power management software, 30 watts of power flow to the handset without slowing down even when the device is being used, or generating excessive heat.

A powerhouse of multitasking, whether it’s high-end gaming, filming in 4K at 60 fps, photo-editing on the move or rapidly switching between apps the OnePlus 6T McLaren Edition doesn’t slow down, because it features a colossal 10 GB of RAM.

The signature McLaren color, Papaya Orange, races around the bottom edge of the device before fading into the black. The pattern underneath the glass back of the phone is based on McLaren’s groundbreaking carbon fibre, the technology at the heart of all McLaren cars since 1981 when it was introduced to Formula 1, before being integrated into McLaren road cars in 1993. Light streaks across the McLaren logo, illuminating and disappearing in an instant. The Warp Charge 30 power unit includes a Papaya Orange braided cord cable. 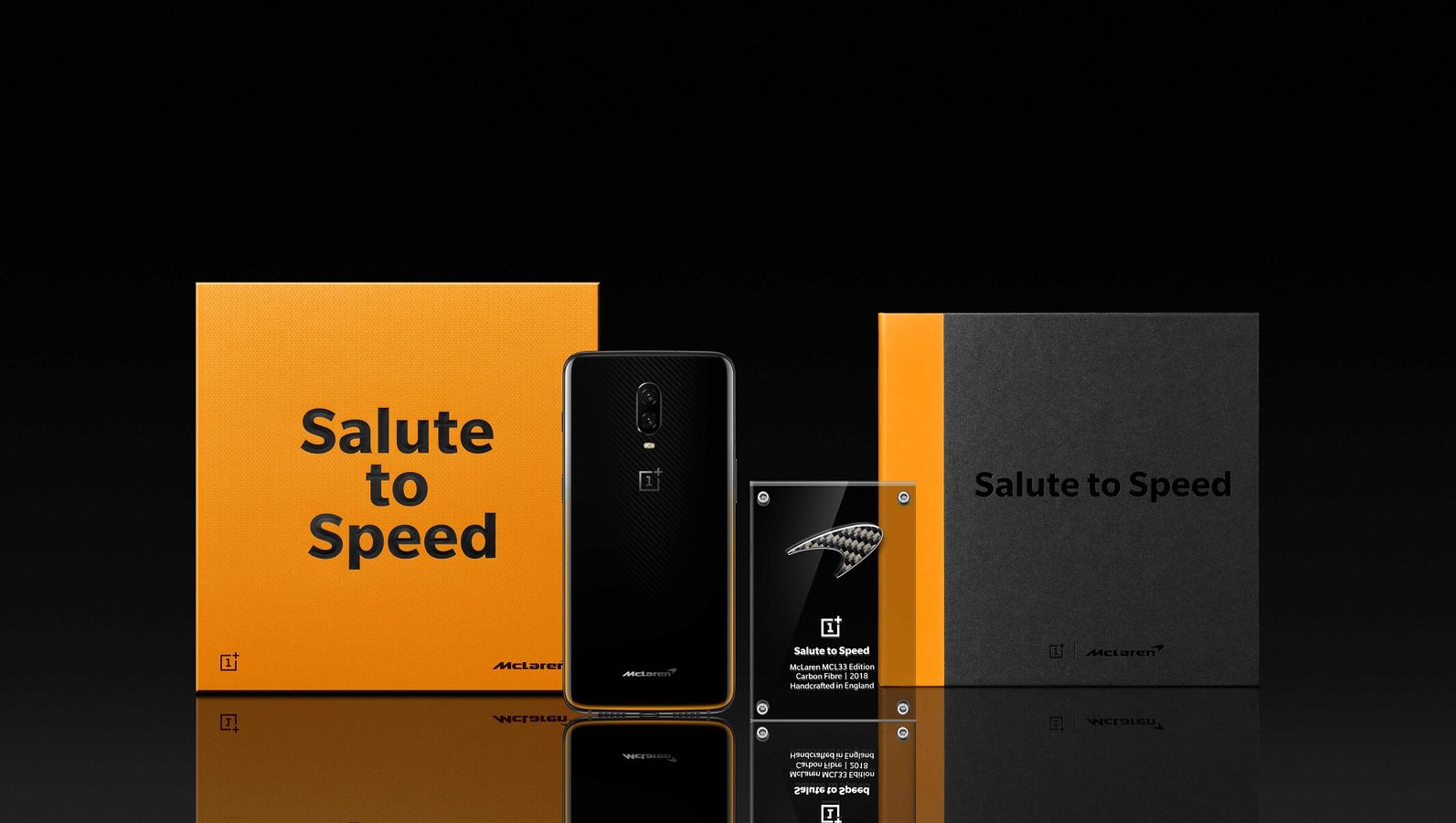 OnePlus and McLaren have also taken the unboxing experience to a new level. Encased in the box is McLaren’s logo, the iconic Speedmark, recreated in McLaren-designed F1 AA grade carbon fibre – the same material used in the MCL33 Formula 1 car. More than six F1 cars-worth of carbon fibre was used in the production of the Speedmarks.

With the device comes a book celebrating the history of both companies, and on the OnePlus 6T McLaren edition, people can enjoy exclusive software animations, tuned to McLaren’s unique style and history.

“The OnePlus 6T McLaren Edition is stunning. Engineered with exact precision and new technology we’ve never used before, it’s our fastest, most cutting-edge device ever - the epitome of craftsmanship. It’s the start of an exciting partnership with McLaren, giving people a feeling of incredible speed and performance.”

“The OnePlus 6T McLaren Edition is a special collaboration between McLaren and OnePlus. The end product is a device that brings performance never seen before. Our thanks to our OnePlus partners for capturing our spirit accurately and bringing unmatched power and speed in this new flagship device.”

The device will be available in Western Europe and North America December 13, with availability in India, China and the Nordics soon after.