We’ve all thought it: why oh why isn’t there one handy hardback book that features, in chronological order, the stories behind all 636 of McLaren’s motorsport victories?

It’s a question that’s vexed us here at McLaren Towers, too; after all, it’s not easy to keep tabs on a 47-year winning habit, particularly when those victories have been achieved around the world in a hugely diverse range of racing categories.

Imagine our relief when we recently got our hands on a shiny, brand-new copy of McLaren: The Wins – the second in a series of deluxe coffee-table editions that covers every possible incarnation of the team through its race wins in Formula 1, sports cars, Indy Car, Formula 5000 and a host of smaller formulae.

So whether you have a predilection for the exploits of the ‘Bruce and Denny show’, have a hankering for trackside tales of James Hunt, the tour-de-force wins of Senna and Prost in the turbo era, or simply want to re-live recent memories of Lewis and Jenson’s victories for Vodafone McLaren Mercedes, then this, most definitely, is the book for you.

The sister-book to the immersive McLaren: The Cars (which can be purchased here) , this 320-page tome is priced at £49.95 (£42.45 for members) and is only available from our eShop (click here) – it can’t be bought in the shops.

One final thing, you’re probably thinking – McLaren has taken 639 victories, right? Well, yes, but the first edition of the book went to print shortly before Lewis and Jenson decided to rack up three more wins in Canada, Germany and Hungary.

That, unfortunately, is the price of progress – and we’ll take it.

In the meantime, here’s to win 640 – and the revised edition! 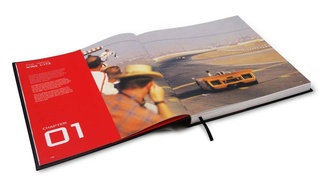