The nature of Snapchat’s user-base – it has over 100m active daily users, and a focus on a younger and more influential demographic – will shape and define the nature of the content that the team shares. Additionally, the short lifespan of each piece of content – which is shared and deleted within 24 hours – means that Snapchat has an immediacy perfectly suited to the world of Formula 1.

“McLaren has embraced social media like no other Formula 1 team. And becoming the first F1 team to join Snapchat reflects our desire to generate global exposure for our brand and partners using the most exciting and dynamic channels available.

“Snapchat, in particular, is exciting territory for us: the challenge of developing and creating unique content in parallel with our output on Facebook, Twitter, Instagram and Google+ will lead to some exciting and experimental ways of communicating.”

McLaren’s Snapchat channel will burst into life on Thursday December 3rd with an exclusive thread of content that complements the team’s newest social media campaign, also launched on the same day. Watch this space.

Add us on Snapchat using McLarenRacing or scan our Snapcode below. 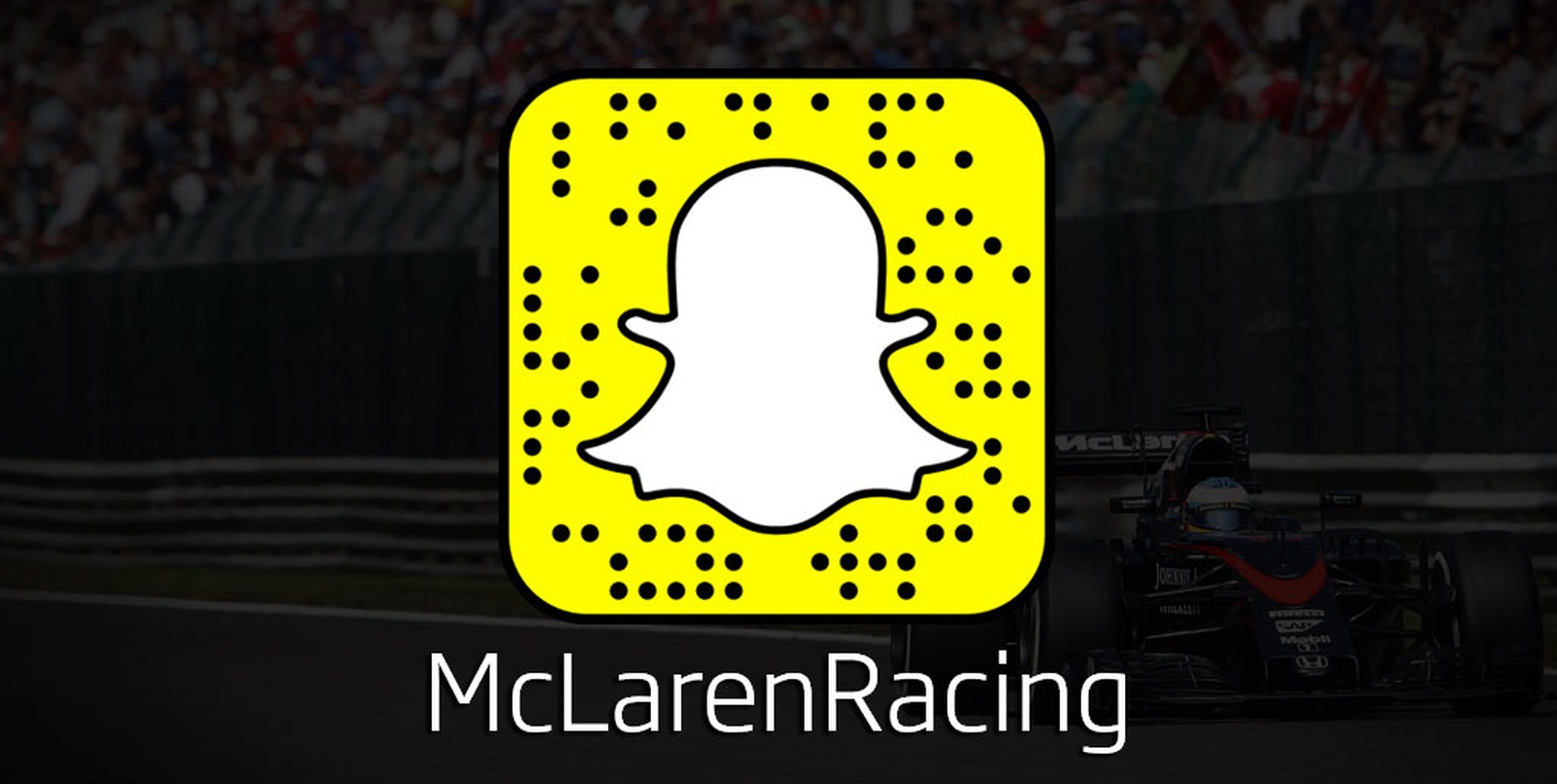 There is a Light that never goes out
Our Partners