Thoughts from the man himself on his time at McLaren

Thoughts from the man himself on his time at McLaren

We caught up with former McLaren driver, Keke Rosberg, for an exclusive insight into his time at McLaren. Here's what he had to say...

My connection with McLaren goes back a long way. Do not forget that Ron Dennis was running a Formula 2 team at the same time as I was racing in that category, and in fact I won a race for Project 4 (Ron’s team) at Hockenheim in 1979. I also became good friends with Mansour Ojjeh, because he was a sponsor of Williams before he went to McLaren. I actually became World Champion on Mansour’s 30th birthday.

In those days there was much more of a family feeling in the paddock than there is now – F1 has grown so much that we have lost that village feeling, and it has now become a city!

There were two very clear reasons that I went to McLaren. One was that, as I said to Frank, “If Nigel Mansell comes, I go.” And Frank said, “You ain't going nowhere!”, so I did not go in 1985. I then found out that I had been misled, as Nigel was perfect as a team-mate. We raced the hell out of each other that year, but we never, ever had a problem, not even the slightest one.

Therefore, when the time came, and I had signed reasonably early with Ron for 1986, there was no reason to move because of Nigel. On the contrary, I knew of course that Williams would have the best car, although I did not know that McLaren would not have a good car. 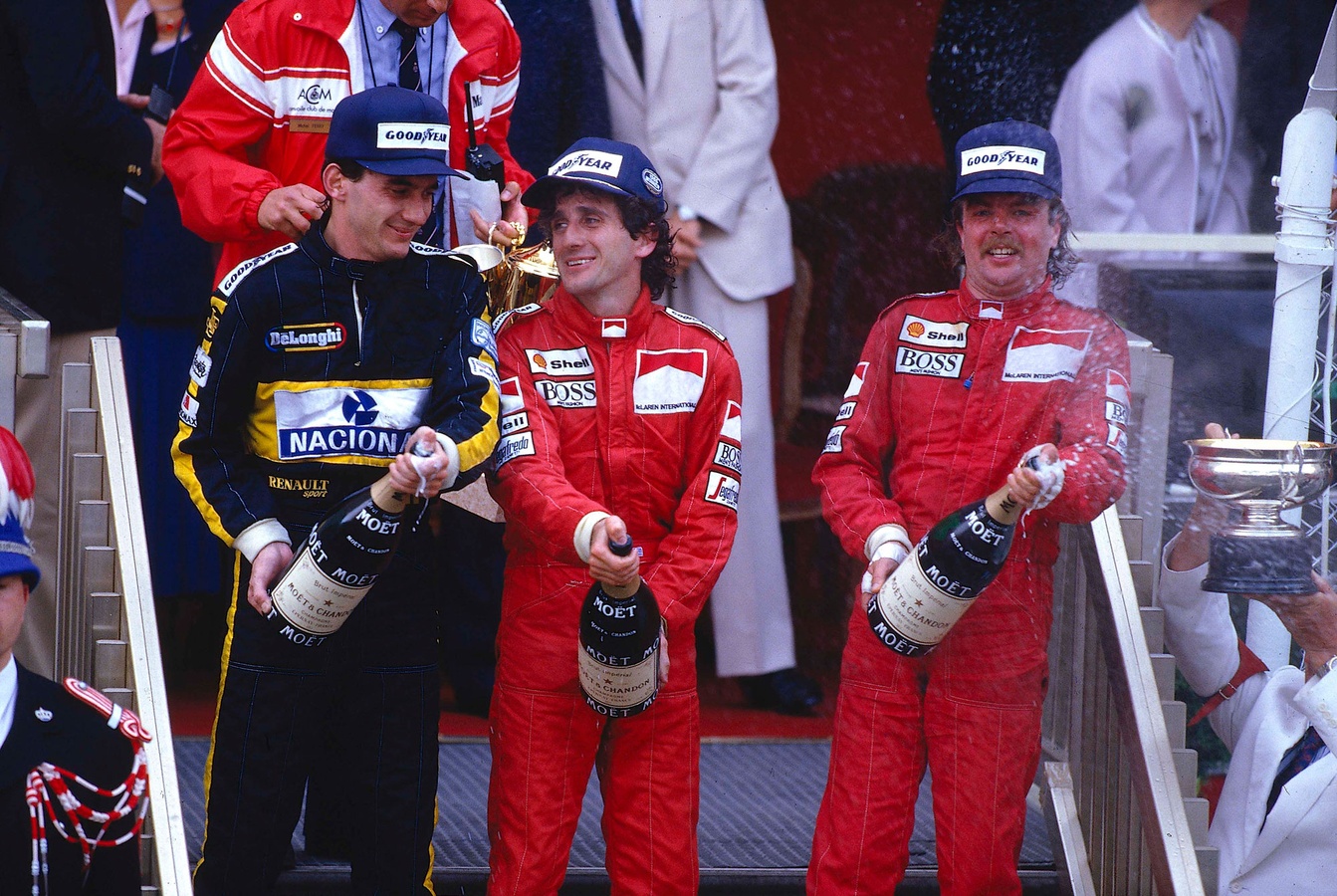 However, there was another reason for joining McLaren. I knew that my time was coming to an end, and before I left I wanted to see how Ron operated. I was very marketing-oriented, that side of things interested me a lot, and Ron certainly had the best marketing department in F1. I definitely wanted to see how they operated, and it was a very useful season in that way, so I got what I wanted.

I never had a problem with any team-mate – as long as you are plain and honest, I don’t give a hoot. I got on very well with Alain Prost. The working environment in those days was not as detailed as it is now. We sat in debriefs with five people, the drivers, two engineers and maybe the chief engineer or the tyre man or whatever. Of course, the data available came from the driver.

We had data logging, but I think 1986 was the first year that Bosch developed a system that could send and memorise values. The sensor was a kind of film. So I was told – I never saw it! Of course the sport has changed tremendously. We were working and trying to get the best out of the car that we could, but there was a limit, because we had no data. 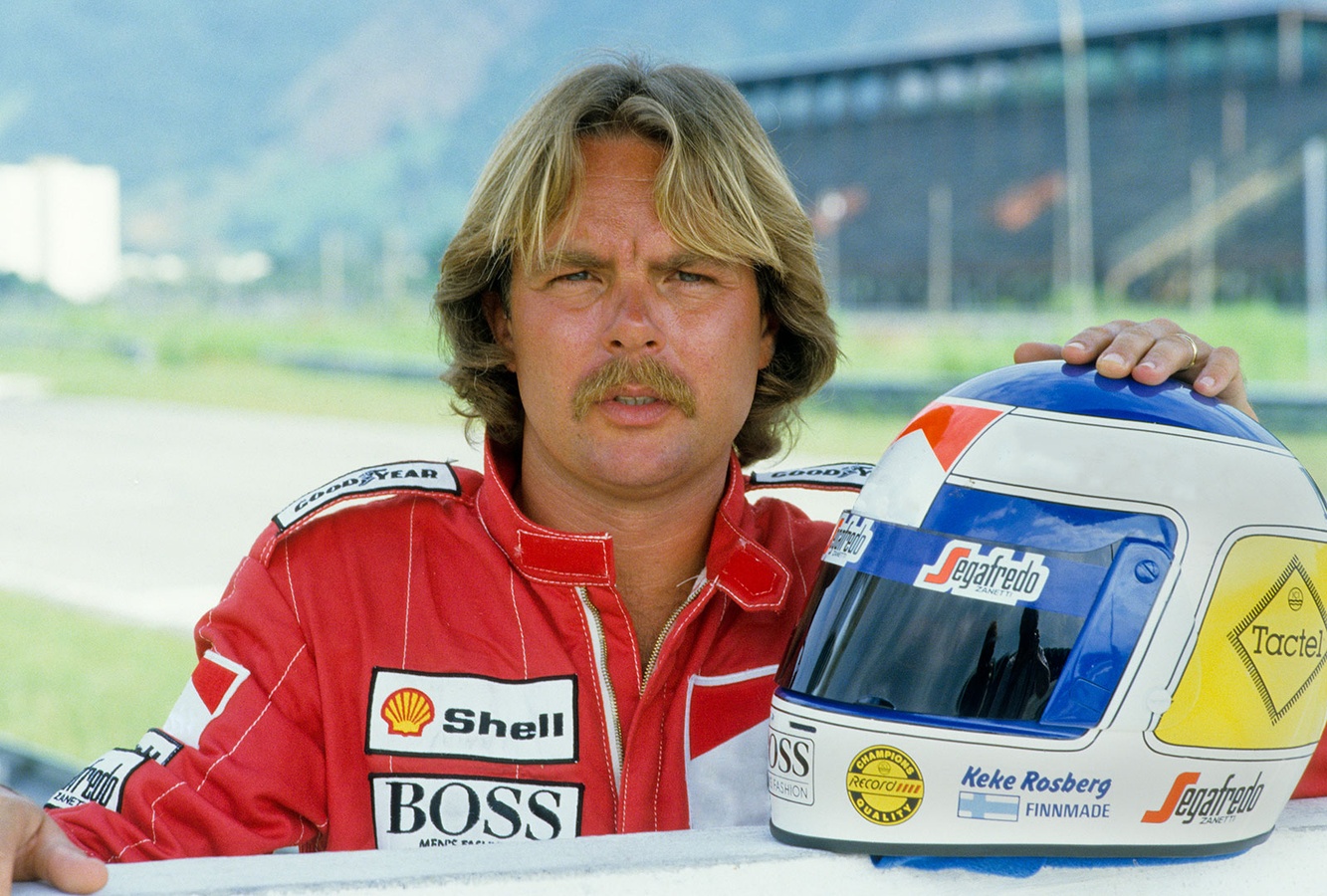 I suffered from (a) an understeering car that I could not handle and (b) a car that ran out of fuel all the time. Our fuel gauges were so inaccurate – it was not a McLaren problem, there just was not the technology in those days to compensate for temperature, volume and all those factors. We put chilled fuel in, and it came out boiling, and the volume changed dramatically in the mean time. We just were not able to measure it.

I was really fed up with falling out of races, leading and running out of fuel. And Prost too, but Alain managed his fuel better than I did. I went too close, trusting the gauge. I did not go over, but I trusted the gauge. Again and again – I ran out fuel leading in Hockenheim, I ran out of fuel at Imola, I don't know how many places.

The car just plainly understeered too much for me. We had one terrific test at Brands Hatch where I was brilliantly quick only because John Barnard was engineering my car, and he got the understeer out. I met him at Patrick Head’s 60th birthday a few years ago, and even he remembered that! Usually, we just could not get the understeer out. I asked Alain if he would be quicker with less understeer, and he said, “Yes.” He decided at that very moment that understeer was good for him!

I would not say it was frustrating – you are fighting to get the best out of the car and to improve it, because there is no way you are going to admit that you cannot improve it. Of course you can, you always can, but to what extent, remains to be seen. It wasn’t so bad. I finished second at Monaco behind Alain, I would have won Adelaide, I probably would have won Hockenheim, as I was leading and Nelson Piquet was running second when I ran out of fuel on the last lap in the forest.

My best race at McLaren was my last race. In Adelaide I was leading by nearly half a minute when the tyre fell apart, the same thing that happened with Nigel at Williams. In those days it was different, you just took a deep breath – “I survived.” And that was the end of it. We had a very nice party that evening, and Ron and his then wife Lisa were tremendously charming. 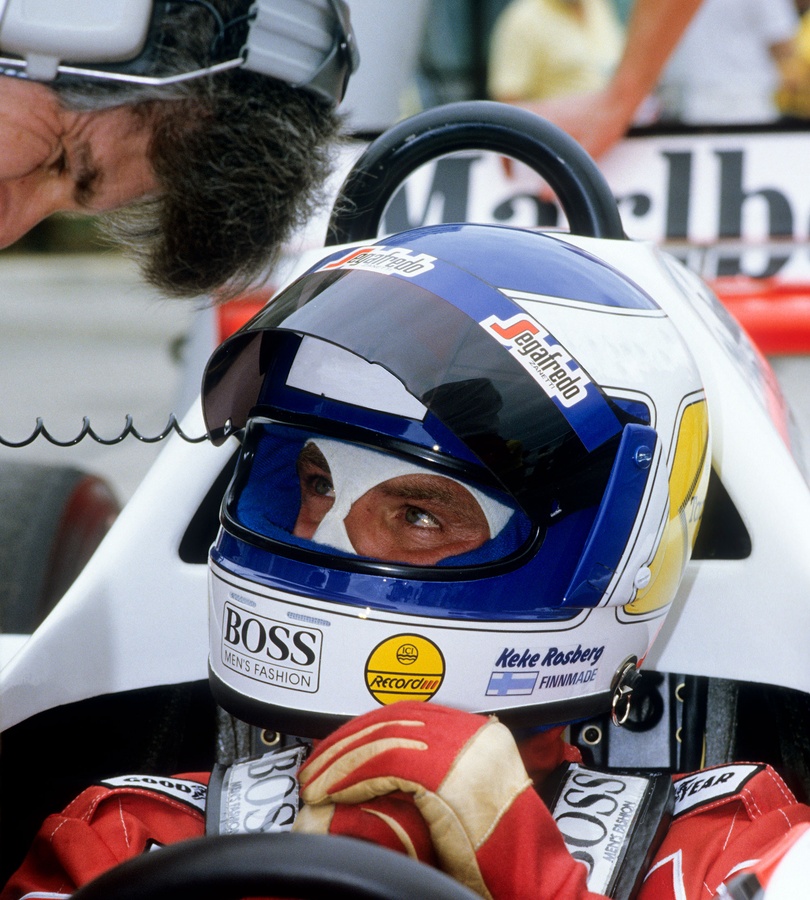 When I went to pick up my stuff from the factory, I learned from my engineer Steve Nichols that my brake discs would not have lasted another lap. Again, somebody was looking after me, and it was very good that the car retired. When you hear that, you think it is not so bad for the very last race.

People remember Rosberg's McLaren season as no wins, and that is correct. But it was not a hopeless season in that way. There were maybe one or two bad qualifying sessions – Monaco was bad because with my style an understeering car was not good there, and I qualified ninth or something. But I had a very good race, I finished second to Alain, no drama. There were a lot of reasons to be happy to be at McLaren, but I was happy at Williams too. But then 1986 was the year that Frank’s and Elio’s accidents happened, so it was a dramatic year.

McLaren was a great time. We had great engineers like John Barnard, Steve Hallam and Steve Nichols; we had Tyler Alexander; and we had Ekrem Sami, who has certainly been a great pioneer on the marketing side, no question, and has done some of the best sponsorship deals in F1. The team knew how to service a sponsor.

I was very good friends with Ron. The only problem was he was talking on the radio like crazy. He was always very big on discipline in all kinds of working situations at McLaren. Do not forget that Ron has probably changed F1 as much as the people who improved safety, like Sid Watkins. Ron has brought so much into F1, be it the carbonfibre chassis on the technical side, or hospitality on the marketing side, and so on and so on. Therefore Ron was a very interesting guy to work with. 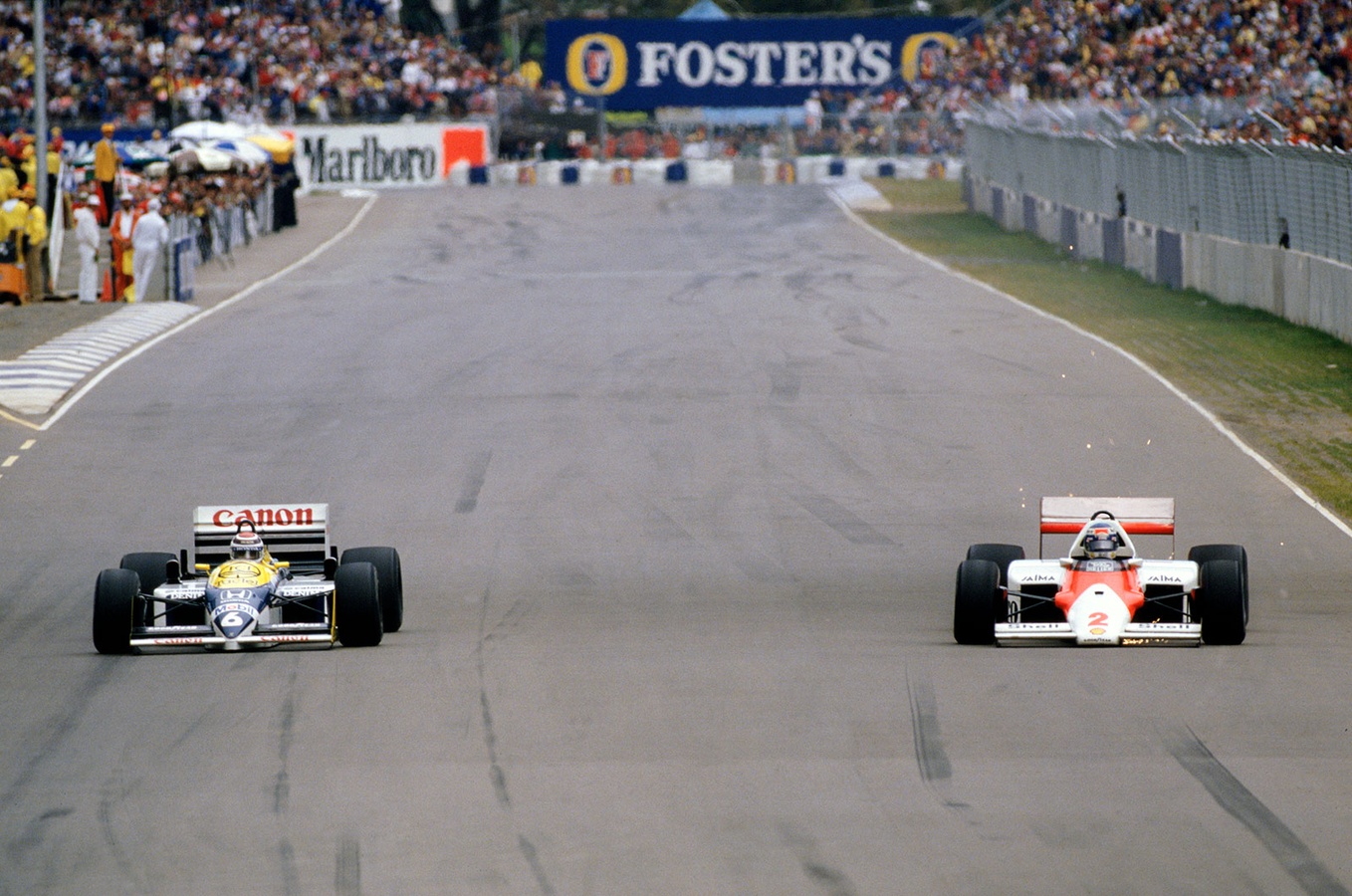 Years later a karting team was created by me, with the financial support of Ron and Mercedes, for Lewis Hamilton and my son Nico. I think it was fundamentally a very good thing for the kids, because they had some very good people working with them, and they really learned how to work in motor racing from a very early age. It was not just go and play and have fun, they were really working. We had a lot of data logging on karts then, which was normal, but we used it very effectively, because we had the staff to dig into the data and so on. I think in their early years of single-seaters they benefited quite a lot from that work.

And of course, do not forget that Mika Hakkinen [whom Keke was managing – ed] was at McLaren for such a long time. All that of course mixes it a little bit, because it is still my experience of the team, but did it come through my driving, or Mika's driving, or Mika's happiness, or unhappiness? It is always difficult to separate, because it was such a long period that Mika was there. But also that relationship was based on my own good feeling of being at McLaren – and I am still very friendly with a lot of people there.