The summer break is there for good reasons, but I'm sure that like me you are keen to see F1 back in action next weekend. And there can be no better venue for the resumption than Spa-Francorchamps, the finest venue on the calendar.

The place has an incredible history, and McLaren has often been at the centre of the action. Indeed Bruce McLaren scored his team's first ever Grand Prix victory at Spa back in 1968. Luck played a role on a day when others hit problems, but as they say, to finish first, first you have to finish. Since then McLaren has scored another 13 Belgian GP victories, including two during the years when the race moved to Zolder and Nivelles. 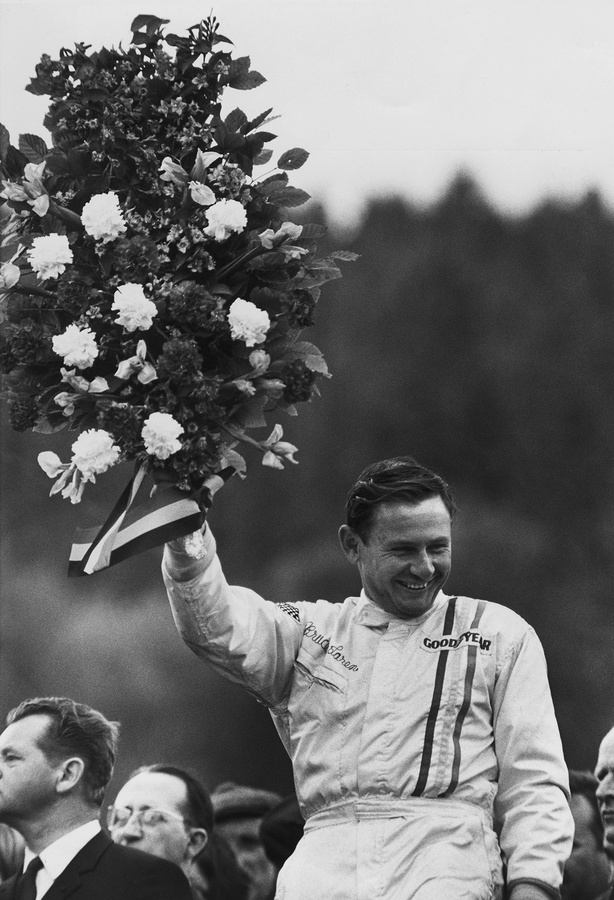 There have been some memorable wins for the team along the way, including the four in a row earned by Ayrton Senna. But the one that stands out for me was achieved in a season when McLaren was struggling, and victory in Belgium came as a surprise.

The 2004 season is remembered mainly for the dominance of Ferrari. Helped by its “special relationship” with Bridgestone, the Italian team had a virtually unbeatable package, and the Michelin runners, including McLaren, were left trailing. Indeed Michael Schumacher won 12 of the first 13 races, losing out only in Monaco, where victory went to Jarno Trulli and Renault.

In stark contrast it was a difficult season for McLaren. The team was struck early in the year by unreliability, lack of performance, and sheer bad luck. In the first 10 races the best result that Kimi Raikkonen and team mate David Coulthard could manage with the MP4-19 was fifth place. It didn't look good, and indeed at one stage one of my Fleet Street colleagues remarked that if McLaren won a race in 2004, he would run naked around Silverstone. It was a promise that he would come to regret...

Things began to turn around in the summer as the revised MP4-19B allowed the team to raise its game, and at Silverstone Raikkonen earned second place. Then at the end of August the F1 circus returned to Spa after a two-year break, as commercial issues meant that there was no race in 2003.

Kimi made his intentions clear when he was fastest in the dry on Friday afternoon, but Saturday brought rain. He was third in the morning, but when it came to the lottery of the one-by-one qualifying system used at the time it was pure luck as to who got the better conditions. Unfortunately he made a mistake, and ended up a frustrated 10th. At that chances of him scoring his second GP win – following his maiden success in Malaysia the previous year – appeared to be slim. 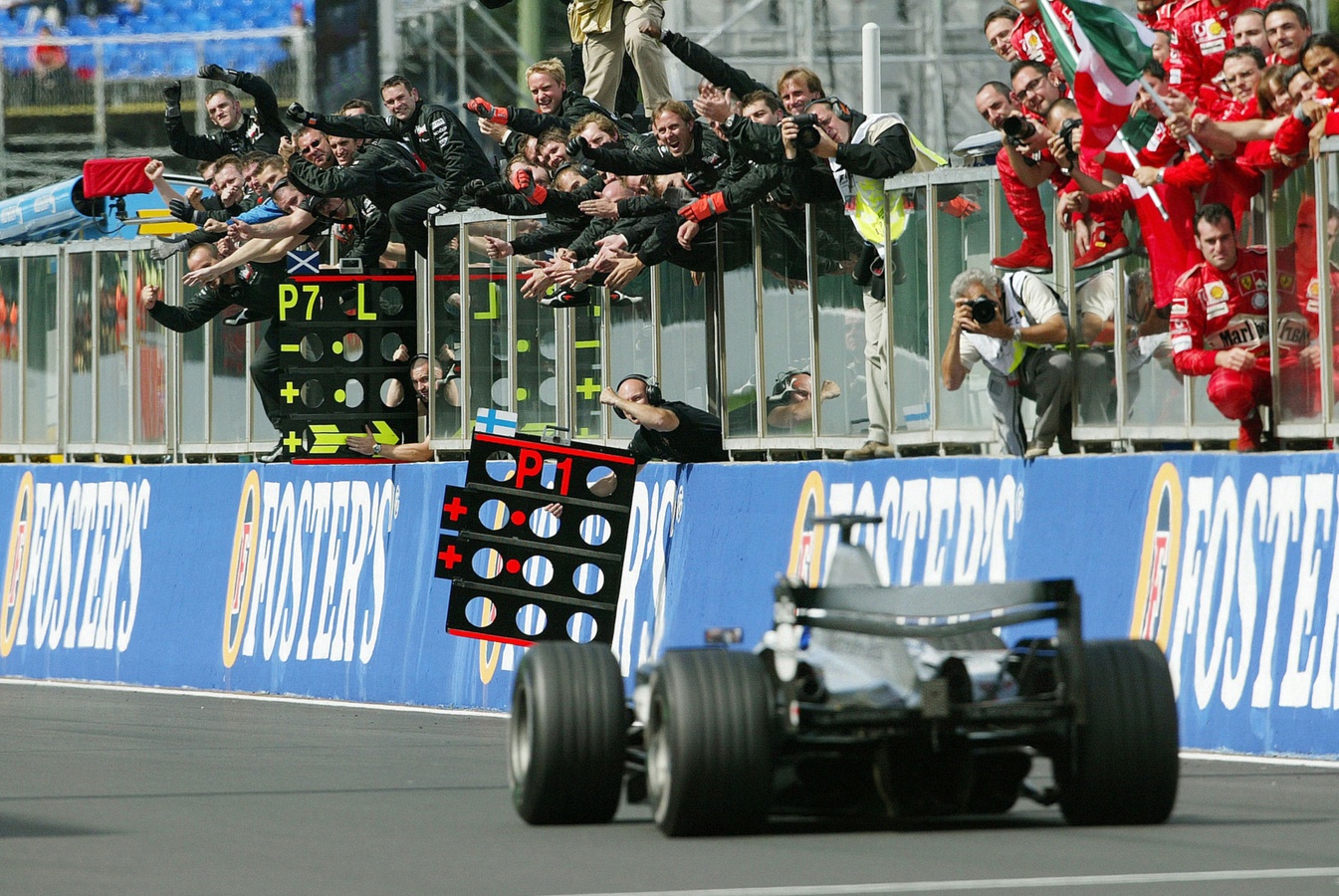 Fortunately for Kimi, luck went his way from the start. He got away well and instantly gained some places. However there was a traffic jam at the first corner, and the Finn was hit hard in the right sidepod by the Sauber of Felipe Massa.

That could have been the end of his afternoon. However, not only did Kimi emerge from the bump unscathed, he finished the first lap having jumped up to fifth place. He was helped by contact between Mark Webber and Rubens Barrichello, while he also managed to get ahead of his assailant Massa, Olivier Panis, and Giancarlo Fisichella.

When a safety car came out for another incident Kimi found himself sitting behind the Renaults of pole man Trulli and Fernando Alonso, plus Coulthard and Schumacher. At the restart Kimi passed the Ferrari, and then shortly afterwards he squeezed by his team mate, leaving just the two Renaults up ahead.

On lap 10 Trulli made his pit stop, which promoted Kimi to second. That left Alonso in the lead for two laps before he spun off. So in just 12 laps Kimi had jumped from 10th on the grid to the lead! Impressive progress. And he wasn’t about to give it up easily...

Thereafter the Finn drove a faultless race, despite further safety car interruptions making life difficult, and trimming his advantage. After the last restart, just before the flag, he drove a superb first lap to take himself out of range of Schumacher. He ultimately came home 3s clear of the German, whose second place guaranteed him the World Championship. Given the circumstances of the season and the race McLaren had as much to celebrate that day as Ferrari. 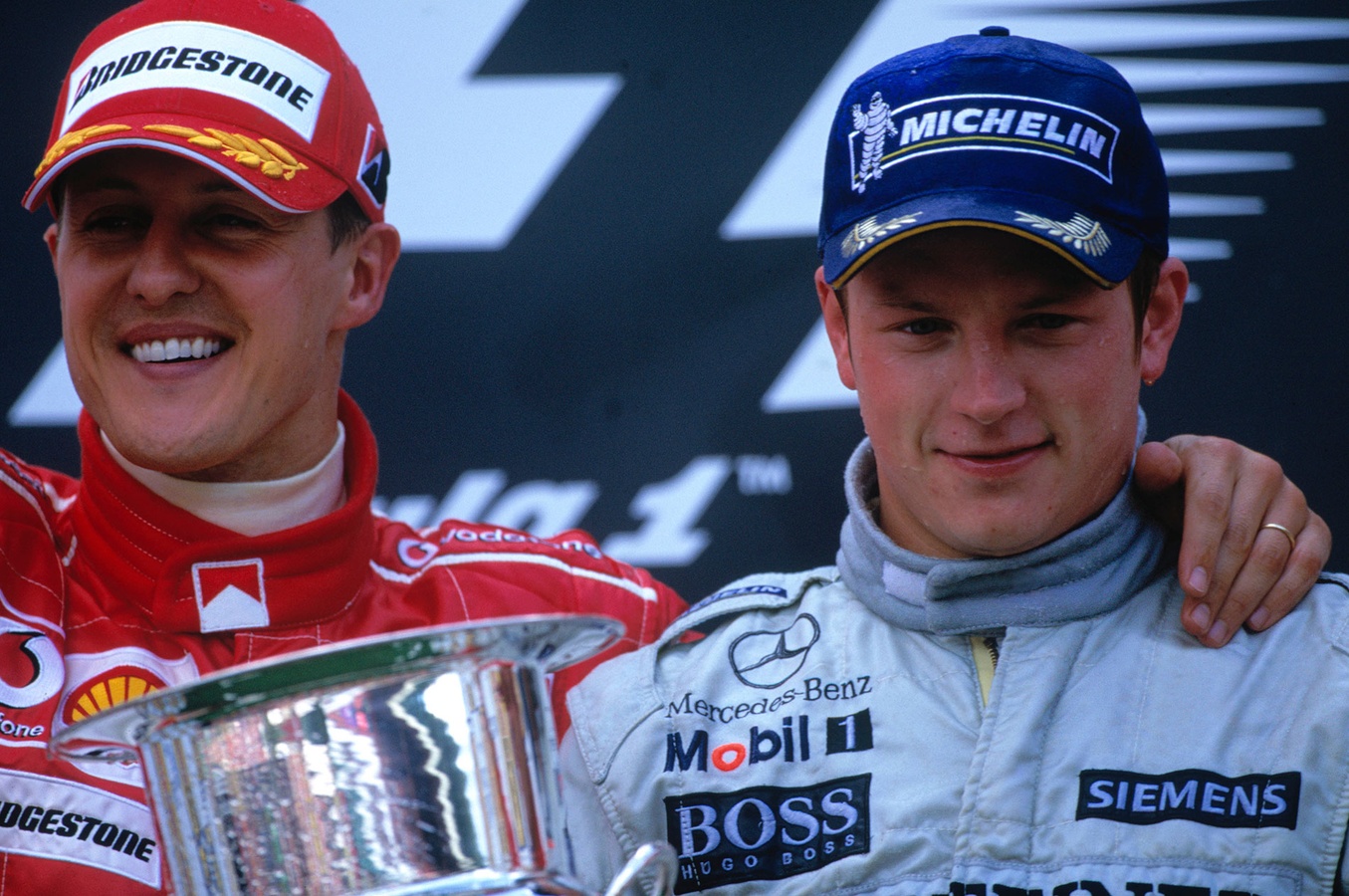 “When the race resumed Kimi had to survive three safety car deployments and see his lead diminished,” said Ron Dennis. “At one stage it was 13 seconds. At the last restart he put in the fastest lap on the penultimate lap, and I think that’s the moment when Michael settled for being World Champion, and not winning the race.”

Ron was especially pleased by the fact that his main rival had now been defeated twice: “For us it’s especially satisfying to see Ferrari not take one of our remaining statistics away, which is of course the year [1988] when we won 15 out of 16 races. There’s still some to go, and we’ll try to win some more.”

In fact the team did not win again in 2004. However, that made no difference to the aforementioned British newspaper journalist. Dennis hadn't forgotten the earlier remark about the chances of McLaren winning in 2004, and the following July the poor man honoured the bet and ran around Silverstone during the lunch break on Grand Prix weekend. He didn't quite do it naked, for as a Scot he was allowed to wear a sporran. Along with some dramatic McLaren-themed body paint...

On a more serious note there are strong parallels with 2015. I'm not suggesting that McLaren and Honda are potential winners at Spa, but it is a venue that tends to throw up a few surprises as rain and high attrition have an influence. And while we haven't seen the sort of performance jump that the team made when it introduced its B-spec car in the middle of 2004, the trend has definitely been a positive one. Thus Alonso and Jenson Button can certainly target a good helping of points. Although I'm definitely not going to make a bet to that effect!