The Italian GP has not always been kind to McLaren, and over the years it's sometimes appeared that the collective will of the tifosi has conspired against the British team that has so often been the main rival of their beloved Ferrari.

Denny Hulme scored McLaren's second-ever GP victory at Monza in 1968, but after that there followed a long drought, and even World Champions Emerson Fittipaldi and James Hunt failed to win in Italy with the M23. Incredibly it wasn't until 1984 that Alain Prost finally notched up the team's second success.

Since then the total has edged up to an impressive 10 Italian GP victories, with a total bettered only by Ferrari, who of course had a 15-year head start on McLaren. Nevertheless, it's a relatively modest record compared to other races that McLaren has been contesting on a regular basis since the team's debut in 1966.

The wins aside, there have been other significant days for McLaren at Monza – and one of them came 20 years ago, when a second place proved to be almost as valuable for the team as a victory. On that afternoon Mika Hakkinen logged the first-ever podium for a Mercedes-powered McLaren as we approached the end of a difficult debut season for the partnership.

The 1995 campaign was always going to be tricky for McLaren as the team underwent its fourth change of engine supplier in as many seasons, having switched from Honda to Ford to Peugeot to Mercedes. Things started badly with the quick end to the team's relationship with Nigel Mansell, while the MP4-10, perhaps not the prettiest car ever to emerge from Woking, was not without its problems.

Nevertheless, during a season dominated by Benetton and Williams, Hakkinen had regularly qualified near the front, earning a season-best third at Spa, where he spun off in the race. But points proved elusive, with a fourth and a fifth from the start of the season followed by a string of retirements, much to the frustration of all concerned. 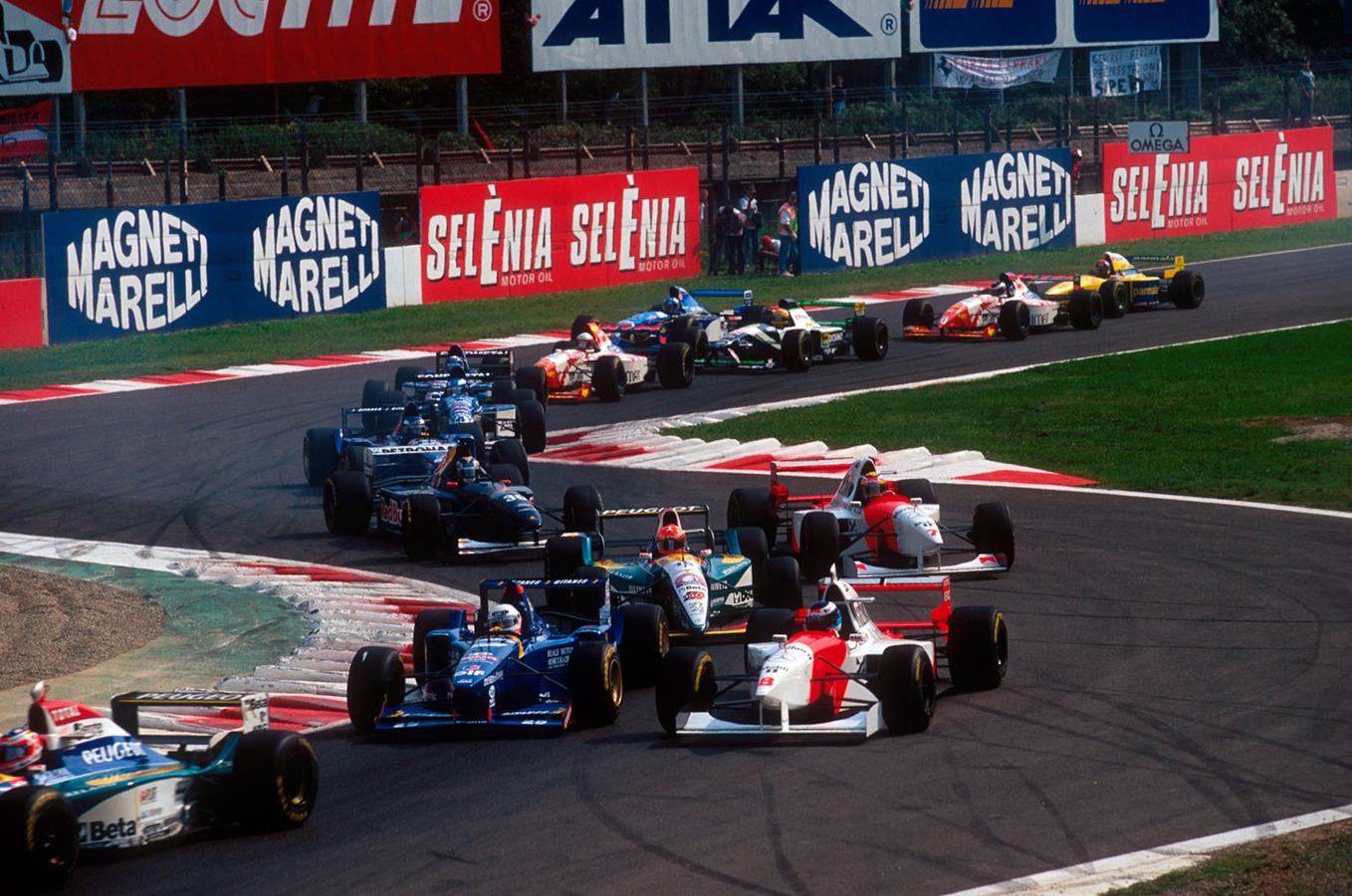 The weekend didn’t start well for Mika when he crashed on Friday morning, and then he went off again in the afternoon, possibly as the result of a steering issue. He qualified seventh, while team-mate Mark Blundell was ninth. The relatively modest grid positions did not suggest that it would be a great Sunday for McLaren, and it appeared to be more a question of edging into the points, if possible. However, for once misfortune befell others.

There was drama even before the start when pole man Coulthard went off on the reconnaissance lap. Luckily for DC a first lap crash at the tail of the field brought out a red flag, and the Scot was able to take up his rightful place for the restart, albeit in the spare Williams. 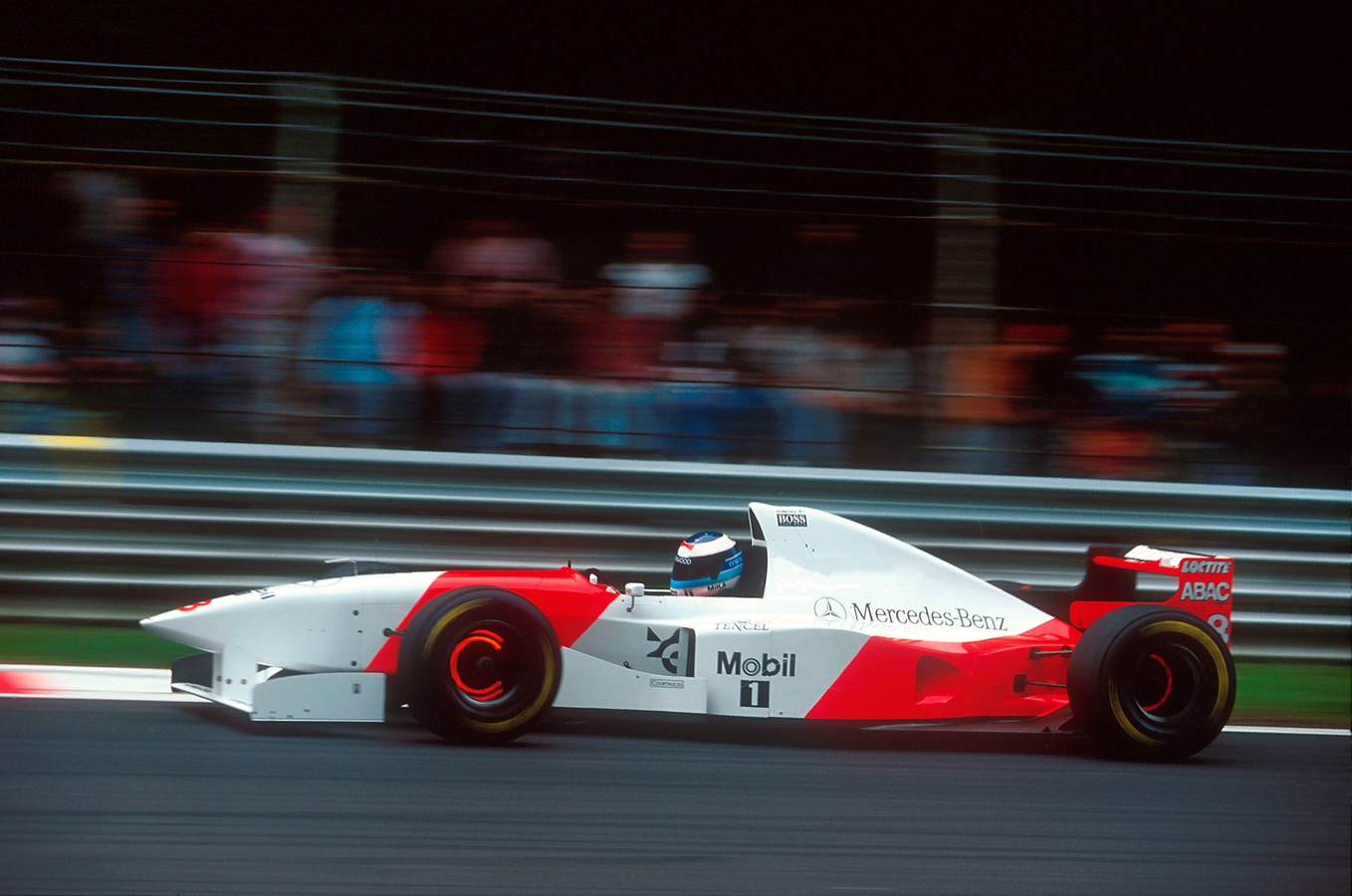 Coulthard duly led away, and he seemed to have everything under control in the early laps. Hakkinen meanwhile actually lost a place to Schumacher’s Benetton team-mate Johnny Herbert, who had qualified just behind.

Mika re-passed Herbert on the fourth lap, and then problems for others began to work in his favour. On lap 14 Coulthard spun out of the lead with what turned out to be a wheel bearing issue, moving Mika up to sixth, and leaving Berger in the lead for Ferrari.

Meanwhile title contenders Schumacher and Hill were tussling for second place until – in a repeat of what had happened at Silverstone a few weeks earlier – the pair collided, and spun into the gravel. That promoted Mika to fourth, behind Berger, Jean Alesi in the other Ferrari, and Jordan’s Rubens Barrichello. One by one those three pitted between laps 24-26, and Mika actually led for a lap before he too came in. 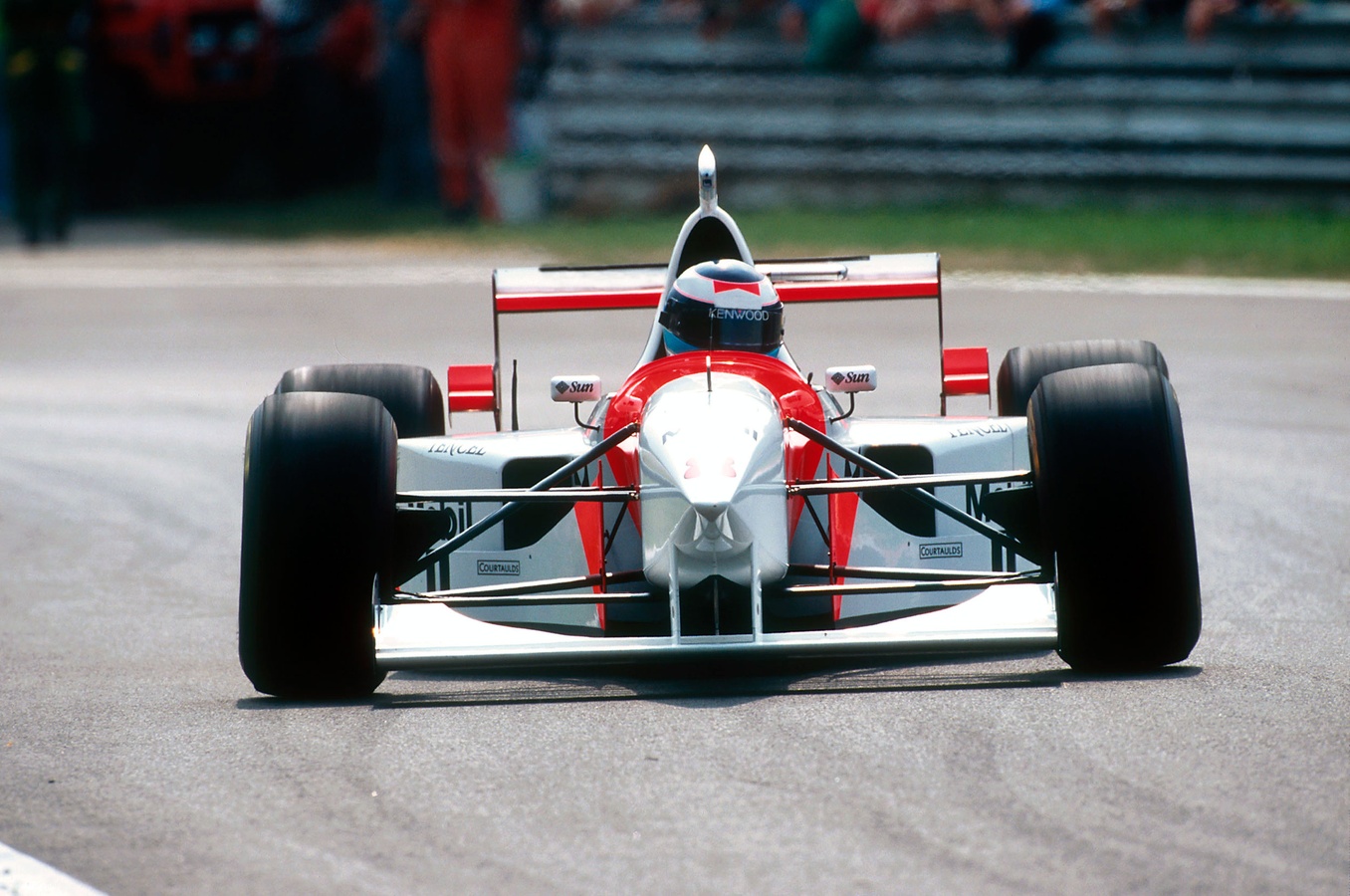 During the stops Alesi got ahead of Berger, and Mika snuck in front of Barrichello. However by staying out an extra two laps, Herbert managed to jump the McLaren. It was to be a crucial development.

To the delight of the Ferrari fans Alesi and Berger looked well set out front, while Herbert and Hakkinen continued to contest third. Then just a few laps after the stop sequence there was drama for the Italian team when a TV camera fell off Alesi’s car into Berger’s path, shattering the Austrian's front suspension. It was one of those one-in-a-million chances...

Herbert and Hakkinen now moved up to second and third, but it wasn’t quite over yet. With just eight laps to go Alesi suffered a wheelbearing failure, and cruised into the pits. The collective groan of the devastated Ferrari fans could be heard above the noise of the engines...

Having inherited a win in Silverstone after the previous Hill/Schumacher clash, Herbert now found himself in front, and his pit stop sequence pass of Hakkinen suddenly became very important. However, by then Mika had faded away somewhat, eventually crossing the line some 17s behind the winning Benetton. Meanwhile a steady run from Blundell earned fourth place. 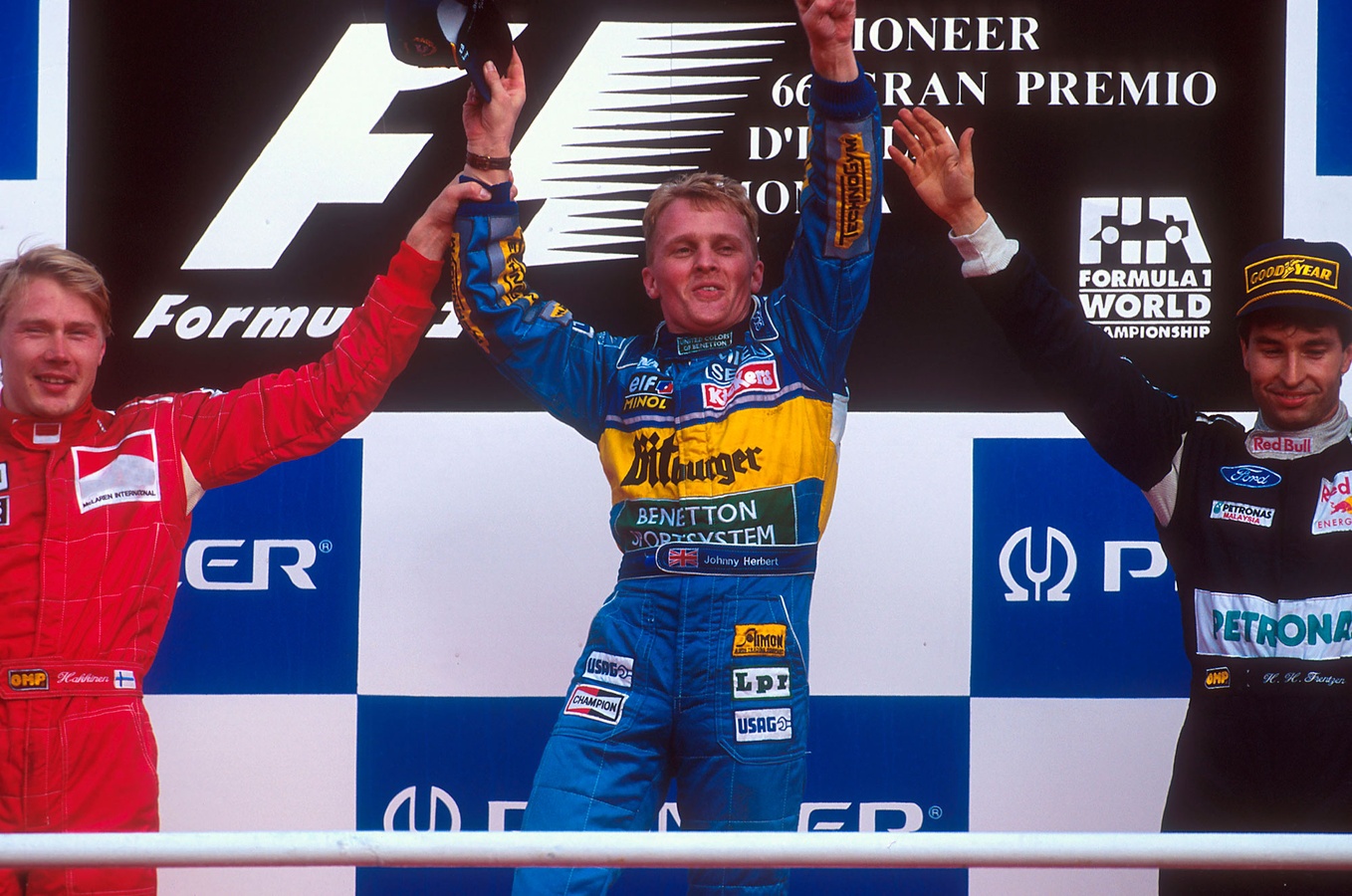 It had been 40 years, almost to the day, since Juan Manuel Fangio had led a Mercedes one-two in the last race for the original works team. This wasn't a win, but nevertheless getting both cars safely home at a track that always tests the machinery was a timely boost for both McLaren and its engine partner, and it was one of the building blocks for future success.

The learning curve would continue in 1996, but by '97, things came together, and indeed that year Coulthard would win at Monza. Twenty years on McLaren and Honda are pursuing a similar path. As we've seen, podiums are out of reach for the time being, but a solid result in this year's race will be another step along the road.

A night to remember: Alan Henry on Singapore