Formula 1’s return to Austria last year was by any standards a huge success, but I'm sure that anyone who like me recalls the original incarnation of the Osterreichring with affection regards the current track as but a pale imitation.

It's not a bad little circuit by modern standards, and it produced some good action between 1997 and 2003 (when McLaren won three times I hasten to add!). Nevertheless, it doesn't compare to the majestic venue that it replaced.

The original track hosted the Austrian GP from 1970 to '87 before it dropped off Bernie Ecclestone's radar. While there were some famous races in the early days, it's the latter years that stick in the memory. If there was ever a venue associated with the turbo era, it was the Osterreichring, whose sweeping corners really allowed those 1000bhp-plus cars to flex their muscles, especially in full qualifying trim.

One of the more memorable weekends came 30 years ago, and as so often, my old pal Niki Lauda was at the centre of the action. That 1985 event is remembered as much for Niki’s retirement announcement as for his subsequent charging drive in the race. When the local hero’s luck ran out, team-mate Alain Prost saved the day for McLaren, but it really should have been Niki's race.

Lauda was rightly never regarded as the sentimental type, but for any driver the home race has obvious significance. Over the years he was frustrated by his lack of success in front of the Austrian crowd. Even in those seasons when he had a good car and was the man to beat, luck somehow escaped him in front of his loyal followers. On two occasions he didn't even take part – in 1973 he had to forfeit after breaking his wrist at the Nurburgring, while in 1976 he was of course still recovering in hospital after his horrific crash in Germany.

In 1977 he finished second to Alan Jones in a rain-affected event, and that result stood as his only Austrian podium until he finally won the race in 1984. That must have been the single most enjoyable victory of a successful title campaign that saw him pip McLaren team-mate Alain Prost by just half a point. 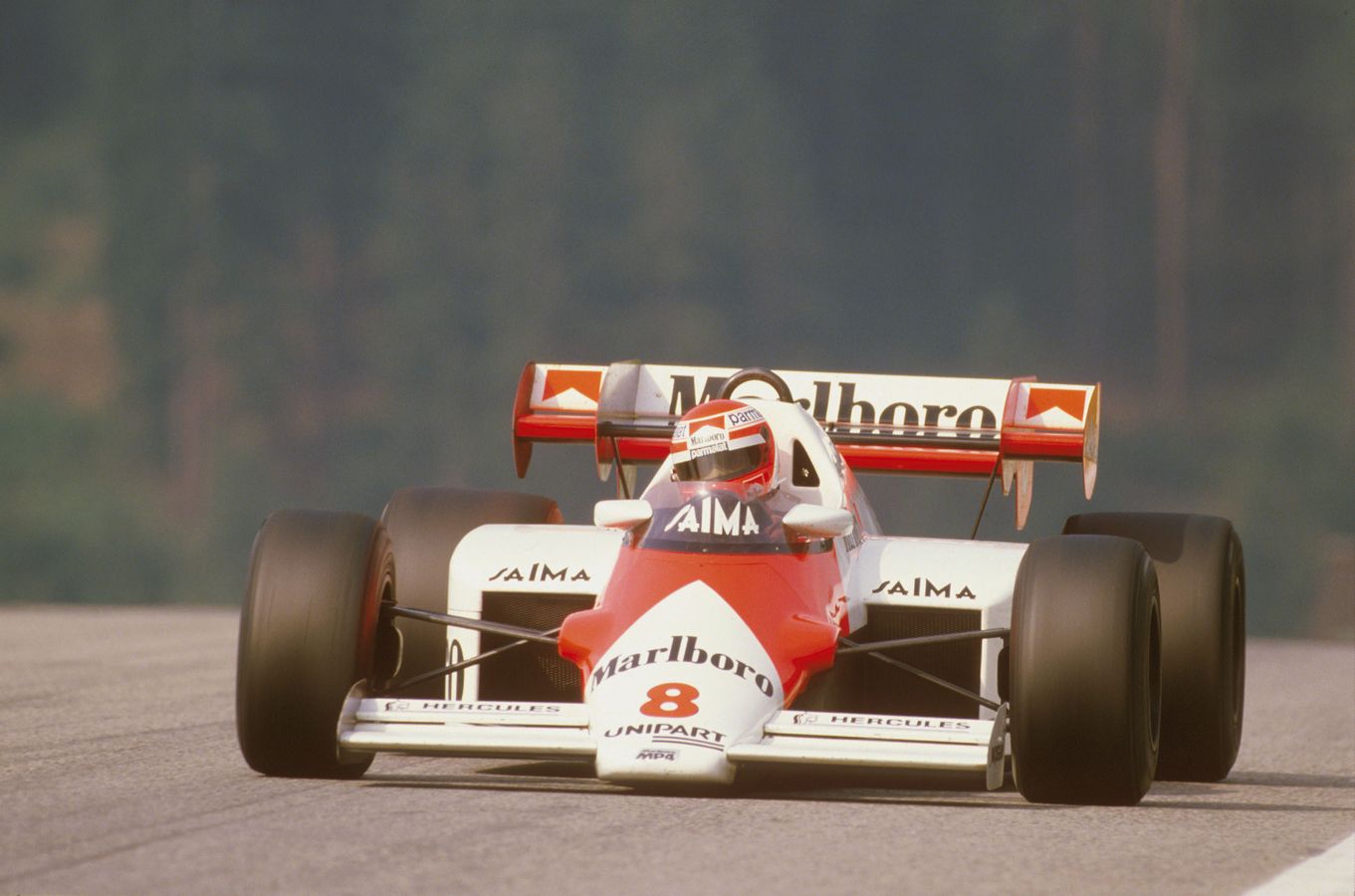 Subsequently Lauda endured a tough 1985 season. He suffered a string of frustrating retirements, and saw very little in the way of hard results. It's no secret that his relationship with Ron Dennis waned somewhat – indeed Niki documented the saga with some candour in his book To Hell And Back, which was published the following year.

In typical open style he also outlined the thought process as he mulled over his future: “I made a point of scrutinising my feelings and reactions, asking myself questions all the time and making sure I gave honest answers. After a while I came to the conclusion that what was hurting most was my lack of matter of fact spontaneity; and that it would be pointless to drive if my rational self instructed me otherwise.”

By August he had decided that, after four years, his second career was over. He told Dennis of the decision at the German GP, but saved the public announcement for the weekend of his home race.

He called a press conference for 9am on Saturday, and told us of his news. He had made his low-key F1 debut at the Osterreichring with one of Max Mosley's tardy Marches back in 1971, so his announcement, exactly 14 years later, was perfectly timed. The previous time he stopped, in Montreal in 1979, he had simply walked away. Now we had a proper explanation. 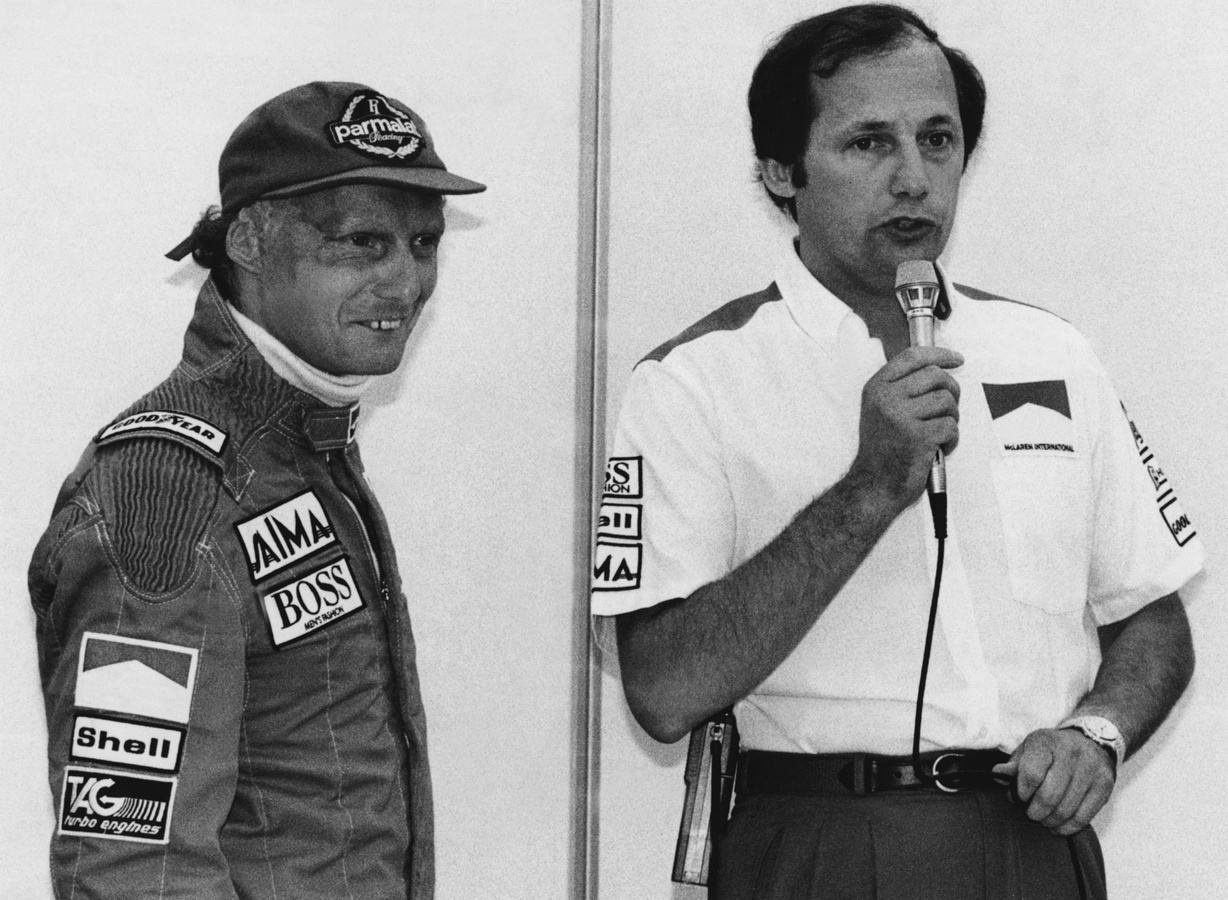 However, there was life in the old dog yet, and he made sure we knew it. That weekend Prost took pole, while Lauda was just squeezed off the front row by a good effort from Nigel Mansell in the Williams-Honda. Nevertheless third was by far Niki's best starting position of the season – the previous high point had been sixth at Paul Ricard.

As had become his habit he had focussed much of his effort on honing a good set-up for Sunday, and he was determined to prove to Ron and to everyone else that he was not yet a spent force. His only worry was a turbocharger shaft failure that he'd experienced on Friday morning, although the team did not expect a repeat.

Prost was fastest in the morning warm-up, but the Frenchman had a fright when the McLaren’s throttle stuck open and he had a spectacular off, fortunately without any serious damage.

The race itself started with a crash on the grid, which brought out a red flag. Niki had made a brilliant start and passed both Prost and Mansell to take the lead, and he wasn’t the only one to be frustrated by the stoppage, which many thought was an overreaction. One of those involved was title contender Michele Alboreto, and the Ferrari driver was able to take over the spare car, while Teo Fabi and Gerhard Berger also had a reprieve.

At the second attempt Niki didn’t fare as well, for while he passed Mansell again, this time he was pushed back down to third by Keke Rosberg in the other Williams. However after just four laps the Finn was struck by falling oil pressure, and he pulled into the pits.

Lauda now took over second, and he began to close in on Prost, leaving Brabham’s Nelson Piquet and everybody else far behind. The two McLarens ran together until Prost decided that tyre wear was such that he would have to stop and ensure that he had decent rubber on the car for the closing stages of the race.

He resumed some 30 seconds behind Lauda, who had no plans to stop, despite there still being some 26 laps to go. Alain duly began to cut the gap, but Niki was keeping a close eye on his pit board, and began to respond. Everyone else was far behind, so it was just about these two, as it had so often been in 1984.

By the end of lap 39 the gap was 15 seconds, and Prost had 13 laps left in which to reduce it, and there was still a chance that Lauda would overstress his older tyres. But then the leader coasted to a halt as he passed the pits, the victim of a turbocharger shaft failure for the second time in three days – and this one was expensive.

It was cruel indeed for Niki, and it was hard not to feel sympathy for him. A win on the weekend of his retirement announcement, and in front of his home fans, would have been the perfect story. As Lauda walked back to the McLaren garage Prost was able to cool his pace and coast home to take his fourth win of the year, and another important step on the way to what turned out to be his first World Championship. His nearest rival, Ayrton Senna, was still 30 seconds down the road.

Fortunately Niki didn’t have to wait long to prove his point. Just seven days later he scored what turned out to be his final Grand Prix win in some style in Holland, and in so doing he demonstrated that he could still get the job done when the mood was right – and when the equipment didn't let him down. It would also be his last ever race finish, for he retired from the final three races of the year, before walking away after Adelaide. This time we somehow knew that he would not change his mind…