After the madness of Miami, we're sure you needed a good kip before this weekend's Spanish Grand Prix, but while you were busy snoozing, we've been burning the midnight oil at the MTC, going over the data, crunching the numbers and getting stuck into the MCL36.

We're deep into the self-titled Month of McLaren and onto our third order of Tapas following the Formula 1 Miami Grand Prix and the IndyCar GMR Grand Prix. And despite ordering a starter - a supremely tasty Pato O'Ward race win at the Indy Grand Prix of Alabama - we're far from full up.

So, sit yourself down, get comfy and grab a napkin as we prepare to dish up some Spanish action. Your order's in, here's what's on the menu…

"I'm excited to be heading back to Europe and racing in Barcelona this weekend. I like the circuit in Spain as it has some nice features, a mixture of challenges and speeds, and a great crowd. I've put the retirement in Miami behind me and I'm fully focused on the race ahead.

"We got some good running in at the track during February testing so I'm looking forward to adding everything we've learned from the season so far to the data we got there previously from the new regulation cars. Miami highlighted that we still have a way to go to get back to consistently fighting at the top but it's important for us to remain optimistic. The team are working flat out to bring upgrades to the car as we speak, so hopefully that will give us the boost we need as we head into this double header. Let's keep at it!"

"I'm looking forward to going to Spain! There were some good battles in Miami with great support as always from the fans, but it proved to be a tough circuit for the team. Looking to Spain, we have to keep a positive mindset and apply everything we learned from last race weekend.

"Spain was a good race for me last year so I'm looking forward to getting back out there in the new regulation cars and really get the most out of the MCL36. Having tested here back in February, we have more of an idea on what to expect under the new regulations than we do at other race weekends. It will be good to see where we can make improvements and put the upgrades we're bringing to the test.

"Our performance since Bahrain has showed we can consistently fight for the top 10, so it will be great to get back on track and keep at it. We’ll keep pushing and keep coming back stronger."

"Whilst the race result in Miami wasn't what we wanted it to be, the team are fully focused on the Barcelona weekend and the European double-header ahead of us. Spain is a great all-rounder track, with a nice mixture of high and low speed corners, plus areas that are more technically difficult. We've had some solid results there over the last few years with good points scored, which we’re looking to continue this year.

"We are bringing some upgrades to the car for the weekend. I know it's been an extremely busy week or so for many of the teams making changes ahead of Barcelona so it's going to continue to be a tight fight for points. We performed well at this track in pre-season testing so it will be interesting to see how our car will perform with the upgrades we've made since then. Hopefully we can have some good battles and get both cars back into the fight for good points."

For the first time since the Bahrain Grand Prix (which was somehow two months ago – we know, can you believe it?), we’re arriving at a track where we’ve got some experience in the MCL36. And some good experience at that. 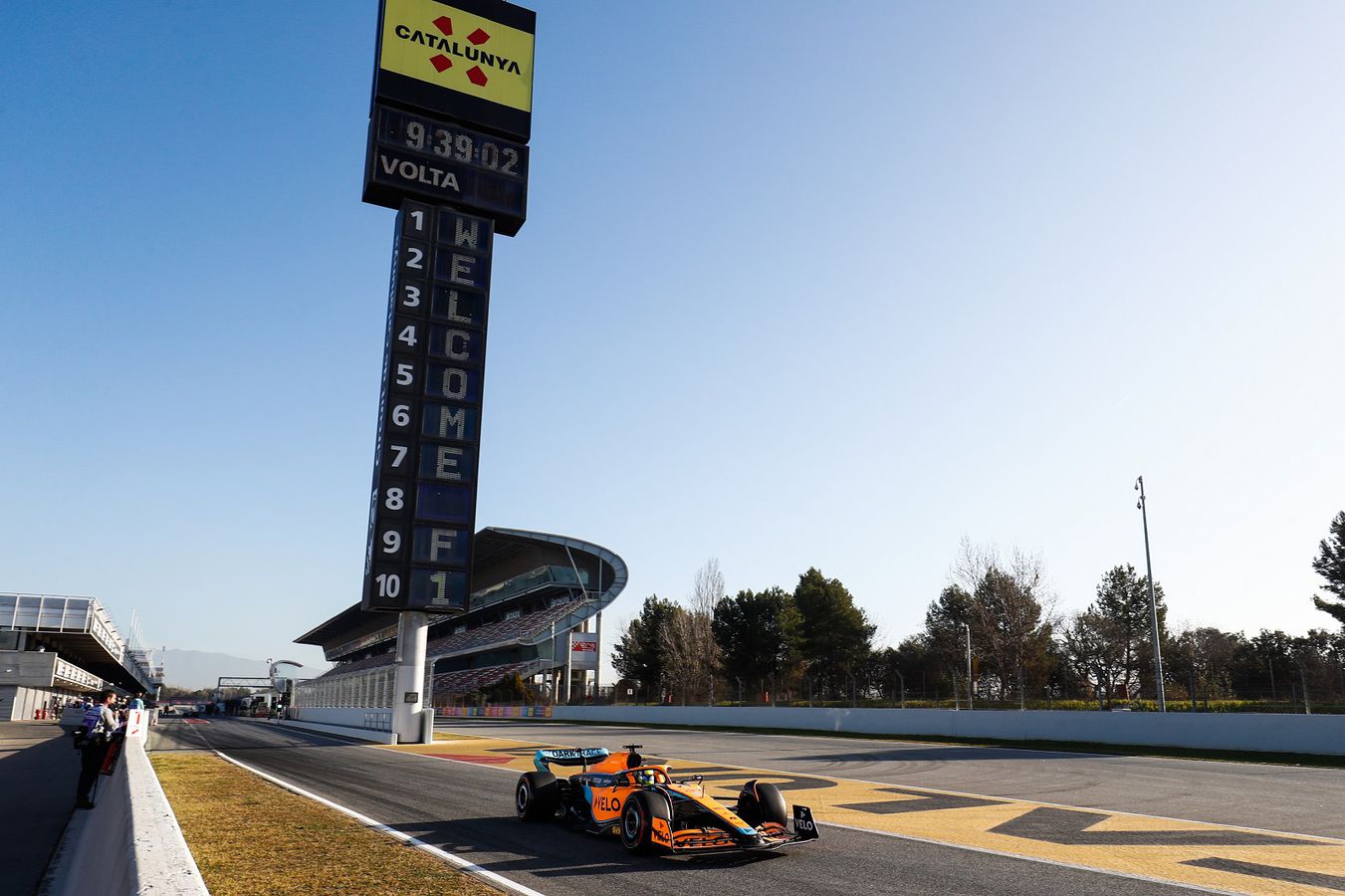 Lando was the pick of the field on Day 1 of pre-season testing in Spain, with Daniel going third fastest on Day 2, and while their results can most certainly be taken with a pinch of salt, you can’t blame us for reminiscing. Ultimately, the performances at pre-season testing tell us very little – the laps were more than a second slower than our Qualifying times in Spain last season - but it does at least suggest that Spain may be a better fit for the qualities of the MCL36.

As a team, we’ve had plenty of Spanish success in the past with eight grand prix victories, and although not all of them were at this particular track, the four most recent wins were at the Circuit de Catalunya. 1998 – 2000 was a golden era for us in Spain, with Mika Häkkinen and David Coulthard clinching three 1-2s in a row. Our most recent victory at the track came in 2005, when Kimi Räikkönen won from pole.

Mika Häkkinen and David Coulthard, 1-2 in the 1999 Spanish Grand Prix 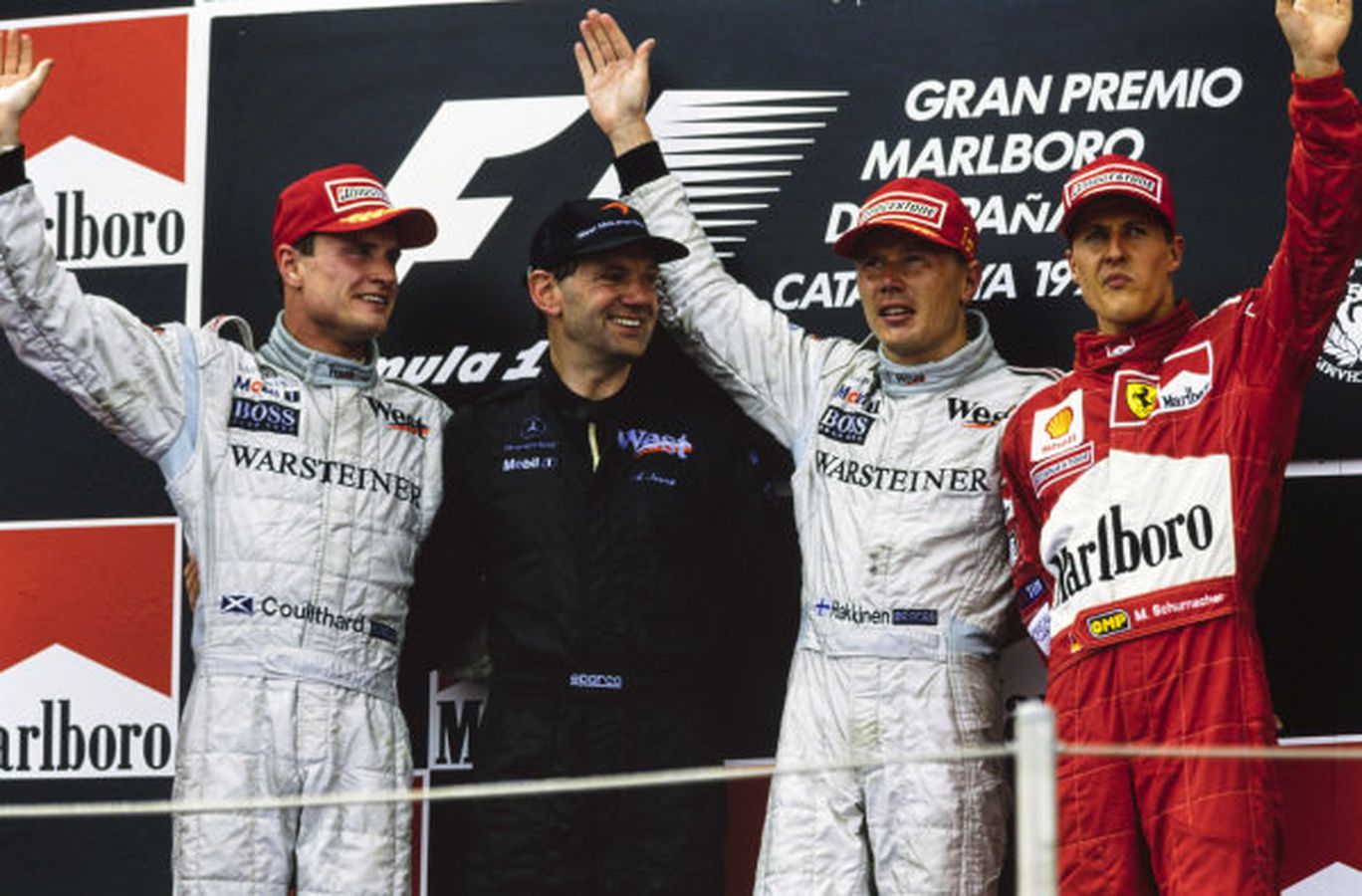 Mika Häkkinen and David Coulthard, 1-2 in the 1999 Spanish Grand Prix

Results at Barcelona have been solid in the past two seasons, with both drivers scoring points there in 2020 and 2021. On a personal note, Lando has scored points in two of his three races at the circuit in F1 machinery – he also scored two podiums in a single weekend at the venue back in his Formula 2 days. Daniel, meanwhile, has raced there 11 times now, scoring two podiums and a further five points finishes.

When it comes to the pick of this weekend's stats, there's only one winner, with Daniel set for his 216th race start, which would see him overtake Mark Webber as Australia's most experienced Formula 1 driver. Fitting, given that it was the site of his first F1 podium, with Red Bull in 2014.

Just like the city it’s based in, which combines bustling city life with stunning sandy beaches, the Circuit de Barcelona-Catalunya has a bit of everything.

Featuring 16 corners - nine right-handers and seven left-handers of varying speed - as well as plenty of elevation changes and a tasty 1050m straight, Barcelona is a technically challenging circuit that has usually provided some entertaining racing – despite being of the more difficult for overtaking variety.

As a regular testing venue, it’s a circuit that the grid knows extremely well, but the folks over in Spain still like to keep us on our toes when they can, with several different configurations of the circuit over the years – the most recent change came ahead of the race in 2021, with Turn 10 remodelled into a longer, more spacious left-hander.

While there aren’t any changes to the circuit this year, there will be a few from us. Like several teams in Spain, we’ll be implementing some upgrades this weekend. See if you can spot them when we head out for the first time in FP1.

We made the most of a weekend off to go sunglass shopping ahead of our visit to sunny Spain. Top of our list was the limited-edition Miami themed Renegades, largely because we love the swish palm tree lens engraving. But whether you're watching trackside in Barcelona or trying to keep the sun out of your eyes in your living room, any of the seven McLaren themed designs would stylishly do the trick.

Do you want unparalleled access to the team and a constantly updated stream of giveaways and exclusives? Of course you do. Sign up to McLaren Plus for free and be a part of the most inclusive, rewarding and accessible fan programme anywhere in Formula 1.

Behind the scenes of the Miami GP