As two of the fastest growing areas of the digital sporting world, it's about time we combined digital collectibles and esports, don't you think?

Arriving in the form of a Shadow-liveried MCL36 digital collectibles, we'll be switching up the way we release our latest drop. To be the first to get hold of our newest digital collectible, you’ll have to tune into a Twitch Livestream with our Shadow Content Creators, where they'll be doing what they do best on the 2022 Formula 1 game. Like you wouldn't be watching anyway, right?

We know you're busy people from around the world, so we'll be putting on three different streams across different time zones to provide you with plenty of opportunities. The streams will take place HERE.

The key to purchasing the Shadow-liveried MCL36 digital collectibles will be a QR code held by the presenters, which will be flashed on the screen for fans to scan. Scanning the code will gift you a 3D McLaren Shadow-themed token that will give you exclusive early access to the sale of the Shadow-liveried MCL36 digital collectible.

By purchasing the digital collectible, you will then unlock a world of future benefits, including the chance to sharpen your skills with a virtual coaching session from professional esports drivers. Those who own the 2022 F1 game will then get to put their new talents to the test by racing against their coach in the game.

That's a prize even Lando would leap at, but we've moved quickly to reserve it for fans only, ruling him out of contention.

You'll also get the chance to level up your esports set-up as we'll enter you into a raffle to win a Logitech gaming wheel and pedal rig that Lando, Daniel and our Shadow drivers have all personally signed. 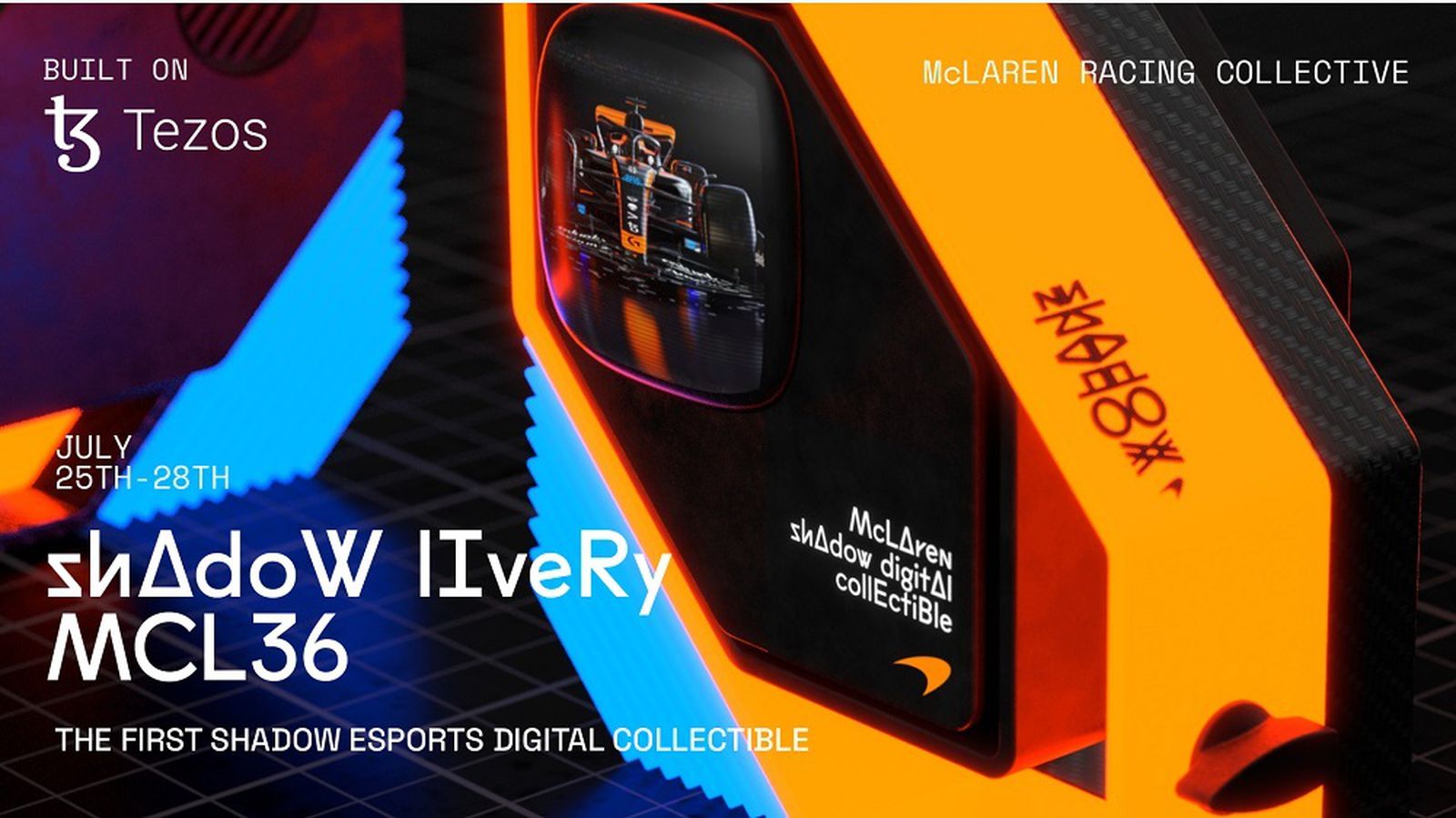 But that's not all – those in possession of the 3D McLaren Shadow-themed token will be entered into a raffle to win one of our new Shadow hoodies signed by Lando and Daniel.

The McLaren Racing Collective is a global community of collectors and fans served through an innovative digital platform, where fans can buy McLaren Racing digital collectibles.

Not entirely sure what digital collectibles are? Don’t worry, you’re not alone, and we’ve compiled an easy-to-understand explainer, simplifying the key info and answering the essential questions.