So you've heard that McLaren are in the NFT business and want a piece of the action, but there's one problem - you're not entirely sure what digital collectibles are? Don't worry, you're not alone and we're help to help.

Here at McLaren we want everyone to feel included, so we've compiled a handy one-stop shop to simplify the key info and answer the important questions.

The McLaren Racing Collective is a global community of collectors and fans, and the place to buy McLaren Racing digital collectibles in the form of NFTs on the Tezos blockchain.

So, what digital collectibles are there?

The first McLaren Racing digital collectible drop took place in 2021 and was a celebration of the team's 2021 Formula 1 challenger. We split the MCL35M into 22 parts for you to collect and create your own interactive, 3D-model.

After watching you all snap that up, we knew we had to follow it up with something big for you to piece together next, and what better than the stunning, fan favourite, Gulf-liveried McLaren MCL35M?

I don't want to miss anything. so how can I hear about new drops?

Join the McLaren Racing Discord to learn more about upcoming releases and be the first to access brand-new digital collectibles. You'll also want to keep up to date with the McLaren Racing channels for the lowdown what is being released and when, with plenty in the works as we speak.

While we can't share too much just yet, we're looking to follow up our first IndyCar drop by branching into esports and heritage, and we'll continue to mark key milestones from McLaren's history and celebrate special achievements.

So, what exactly are NFTs?

NFTs, or non-fungible tokens, are digital assets that stand to redefine how we engage with digital content in the digital age. No two NFTs are the same and they each have a unique digital signature that proves provenance and individual ownership of an asset. A fungible asset, on the other hand, is not unique: it can easily be traded or exchanged for an identical item of the same value – this could be currency, shares in a company, or goods.

How do NFTs work?

NFTs exist on blockchains, digital databases that underpin cryptocurrencies such as Tezos, Bitcoin and Ethereum. They are created from digital objects that represent both tangible and intangible objects such as art, videos, GIFs, collectibles and music. Rather than owning a physical asset, the buyer owns a digital asset instead. 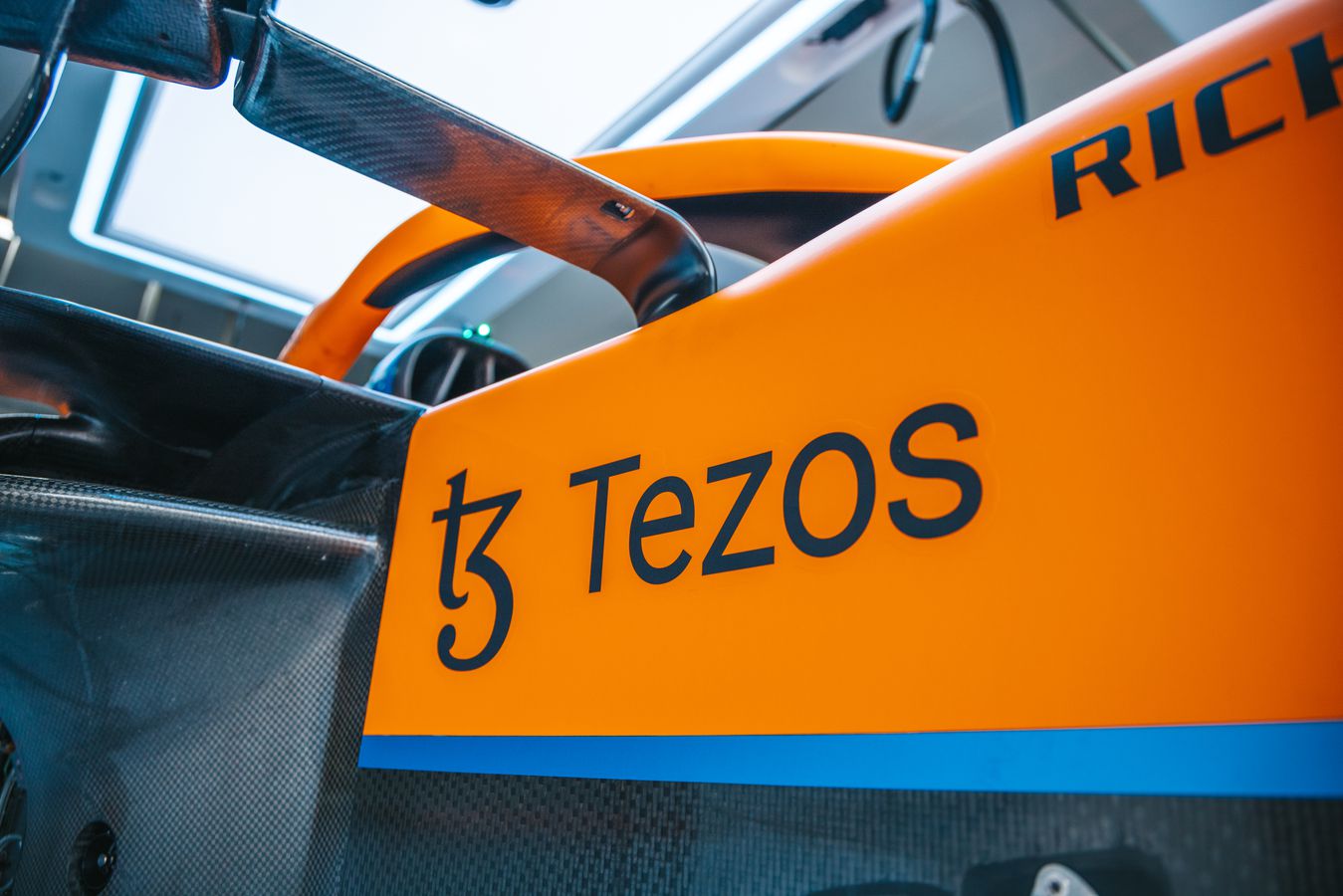 Hang on, what’s a blockchain?

A blockchain is a distributed public ledger that is a record of who owns what. The technology underpins digital currencies and NFTs. Blockchains allow digital information to be distributed but not altered, copied or deleted from a network made up of thousands of computers. However, some blockchain networks use tremendous amounts of energy to run their networks. We are proud to have partnered with Tezos, a pioneering energy-efficient blockchain, that uses two million times less energy than networks like Bitcoin and Ethereum.

OK, got it… I think. Tell me more about NFTs?

NFTs give the owner exclusive ownership rights to a piece of data. Be it digital or physical, anything considered desirable or collectible can become an NFT that is bought or sold, even though NFTs frequently comprise artwork, footage or audio that is already easily available for free on the internet.

If anyone can view the data online for free, why would I spend my hard-earned cash on an NFT?

Downloading, copying and distributing digital files online is nothing new but, just like a one-of-a-kind painting, there’s only one original that can be owned. And when you buy an NFT, you are getting a verified, digital certification of ownership of a piece of data – proof that you own the original.

Admittedly, if you bought an NFT of the all-conquering MP4/4 it wouldn’t be quite the same as owning the actual car, but you would own a unique, non-interchangeable digital representation of it. Not only is that going to be worth a lot, but it’s also going to give you some serious bragging rights.

Ayrton Senna behind the wheel of the MP4/4 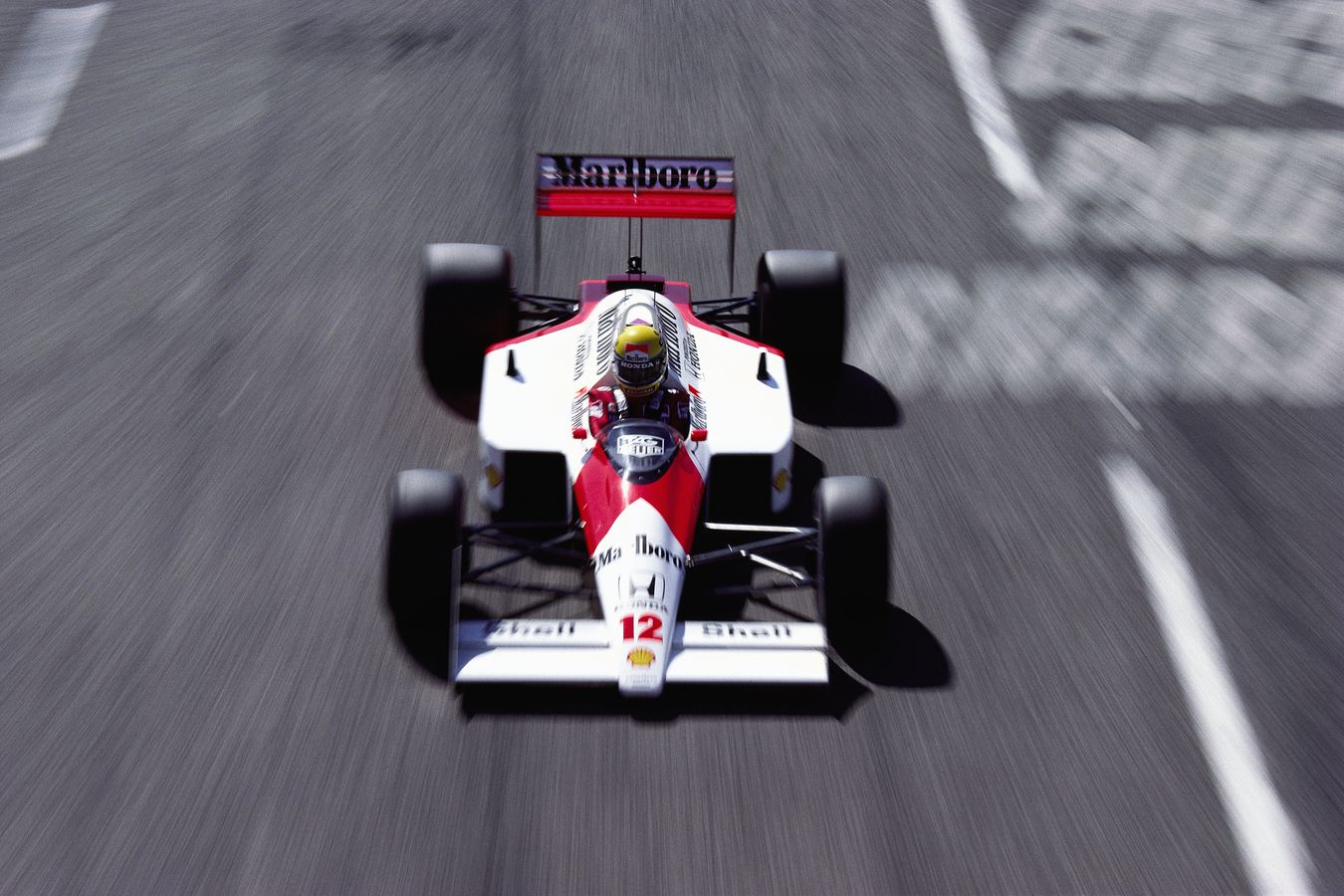 Ayrton Senna behind the wheel of the MP4/4

The process of creating and adding NFTs to blockchains, along with the plethora of transactions and verification of these transactions, takes place online and in the digital space so requires large amounts of computing power and therefore, of course, energy. Many blockchains run using a system called proof-of-work, which relies on server farms running at full pelt, the main reason behind their high energy usage. But this is where Tezos comes in. Tezos operates a blockchain with a proof-of-stake system. Crucially, this system doesn’t rely on massive computer power. Its demand for electricity is significantly less and it’s far more energy-efficient.