Remember when you were at school, and you'd spend the final week of term counting down the minutes? Well, we don't do that at McLaren. Partly, because we're all grown up now, but mostly because we absolutely love what we do.

No one wants a break from Formula 1 - no matter how much we may need it after an exhausting first half of the season - so instead of counting down the minutes, we'll be soaking up every second of this weekend's Hungarian Grand Prix.

We've completed all of our homework ahead of the summer break, researching all of the best stats, listing what you should be watching out for and getting quotes from Lando Norris, Daniel Ricciardo and Andreas Seidl. For extra credit, we've even got some suggestions for what to wear.

“Hungary, let’s go! It’s the last race before the summer break so we’ll give it everything and leave it all on the track. It’s a challenging circuit, without a tonne of opportunities for overtaking, but there is a nice opportunity to get some points. We maximized our result in France, and we’ve been looking at the data as a team to make sure we’re in the best place we can be moving forward with the upgrades. We still have a lot of work to do, particularly in the fight with Alpine, but we’re heading into the summer break with our heads held high and in a positive position to fight in part two of the season."

“I’m excited to go to Hungary! I’ve got some good history with the track having won there in the past so I’m looking forward to the challenges it poses and to hopefully go into the summer break on a positive. Whilst I wasn’t satisfied in France, we’ve learnt a lot in the last couple of days and there’s some good things to take into this weekend around the upgrades and optimising them for the car. Let’s get out there, have some fun on track and see if we can keep the double points streak going!"

“The final race before the summer break poses some exciting challenges for the drivers. The Hungaroring is a technical track with its tight and twisty nature, which means that overtaking may be a little more difficult. Ensuring we get a good set-up in place during practice so that we’re in the best possible position in qualifying will be very important. It will be another very hot weekend for the team. We need to ensure to stay focused and on top of reliability.

“The upgrades in France improved performance, resulting in double points. Whilst there is still a lot of work to do on optimisation, we’re in a good position to keep battling with Alpine for fourth in the constructors' championship. Thank you to the team for all their great work leading up to the summer break and into the second half of the doubleheader, one last big push.”

In terms of history at the Hungarian Grand Prix, we've got a lot of it. Since Ayrton Senna and Alain Prost finished first and second in 1988, we've gone on to become the event's most successful side, winning it a further 10 times. 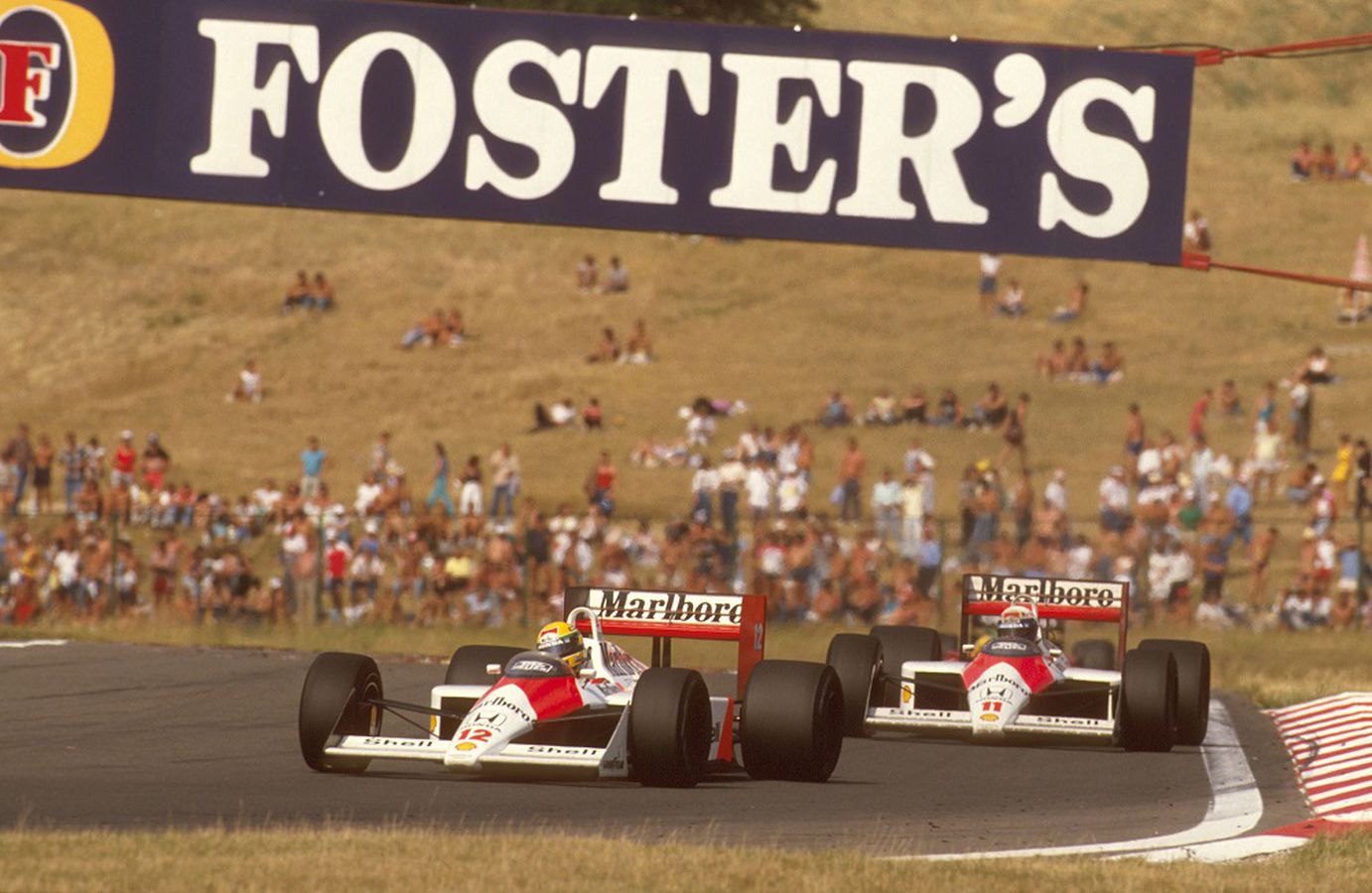 Daniel has been pretty handy around the Hungaroring in the past, scoring his second F1 win at the track in 2014. He's notched a further two podiums since then and will hope to use his experience of the track to continue his recent run of points finishes.

Lando scored podiums at the Hungaroring at European Formula 3 and Formula 2 level, but has had his fair share of sore luck at the circuit since, with misfortunate hampering all three of his races at the track to date.

"Monaco without walls" may not sound like it would make for great racing, but it's not a drivers' favourite for no reason. The tight and technical track is a true test of a driver's capabilities and often produces thrilling moments.

It is true that track position is pivotal, and that makes qualifying crucial, but given the dusty nature of the circuit, that can lead to a dramatic end to the session as the tarmac cleans up and becomes quicker. It also makes for interesting practice sessions as teams tackle the age-old conundrum of whether to prioritise one-lap pace over race pace. Either way, expect to see Monaco-esque levels of downforce.

Lando and Daniel finished seventh and ninth, respectively, in the previous round of the 2022 campaign at France. 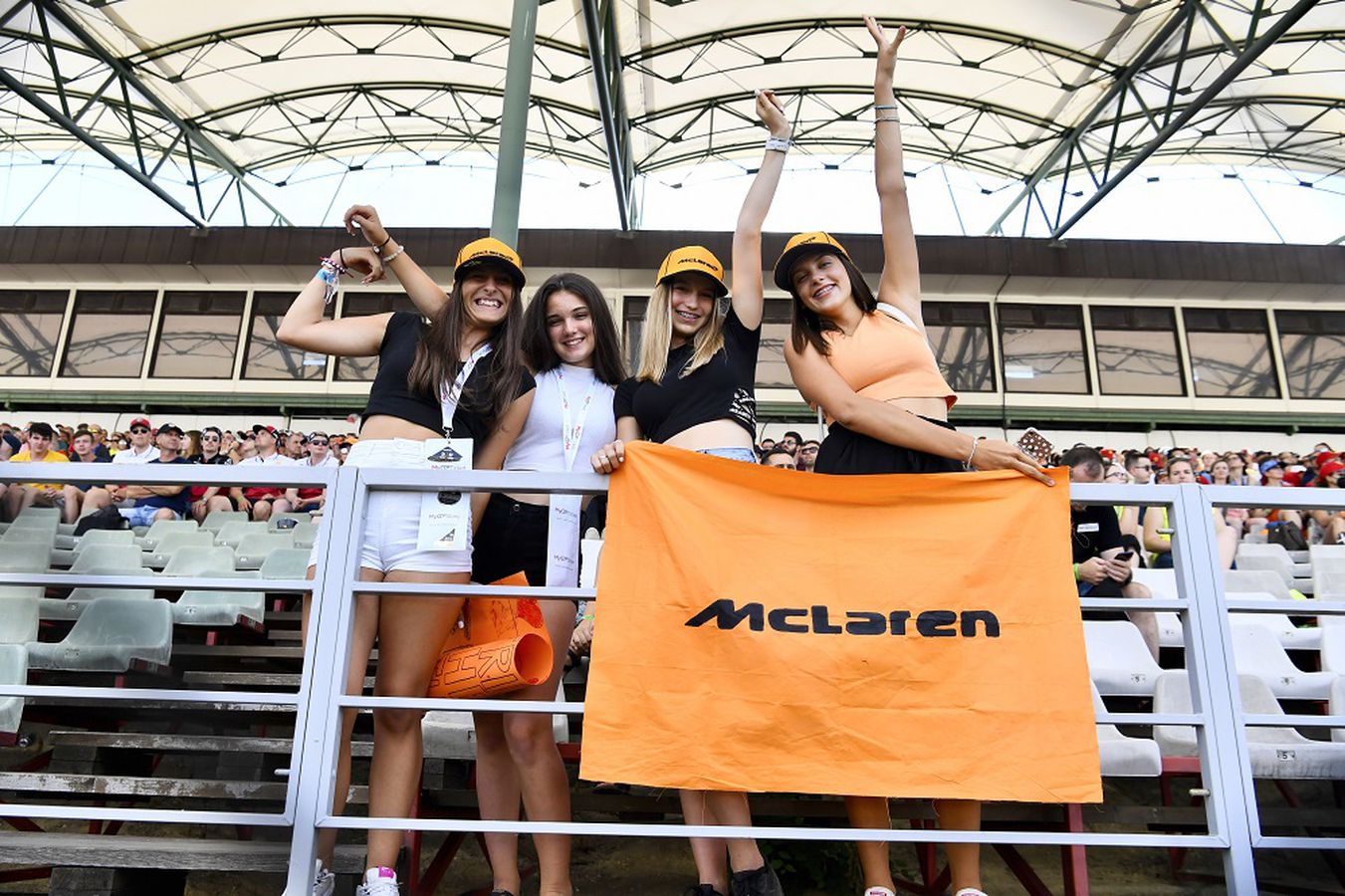 Lando and Daniel finished seventh and ninth, respectively, in the previous round of the 2022 campaign at France.

The 4.381km circuit isn't entirely without its overtaking opportunities, although the tight and twisting nature of it means they often come from mistakes more than well-timed moves. A slow getaway at the first turn can be punished, as can any errors while navigating the high-speed corners from 10 to 13, a series of left and right-handers.

The summer is fast approaching, and if you're anything like us, you'll want to make the most of the nice weather by getting active outdoors.

Whether that's walking around the Hungarian paddock, running the circuit or spending a day on the golf course with Lando, you're probably in need of some new activewear because those old grey joggers and that shrunken navy tee just don't cut it anymore. You need something more… McLaren.

Introducing the all-new Castore X McLaren Active Dualbrand collection. Stylish, comfortable and oh so McLaren. The new range of tees, polos and full zip hoodies are designed to "explore a range of body movement and enhance overall comfort through design."

Every week, our social channels and the MTC post room are chock-a-block with amazing art pieces that our fans have created and sent to us. Going through them always warms our hearts, and so we wanted to share the love.

Whether you're a skilled sketcher, a budding paper mache artist, or prefer to paint by numbers, our new McLaren Creators segment will highlight our favourite pieces from our inspired fanbase. 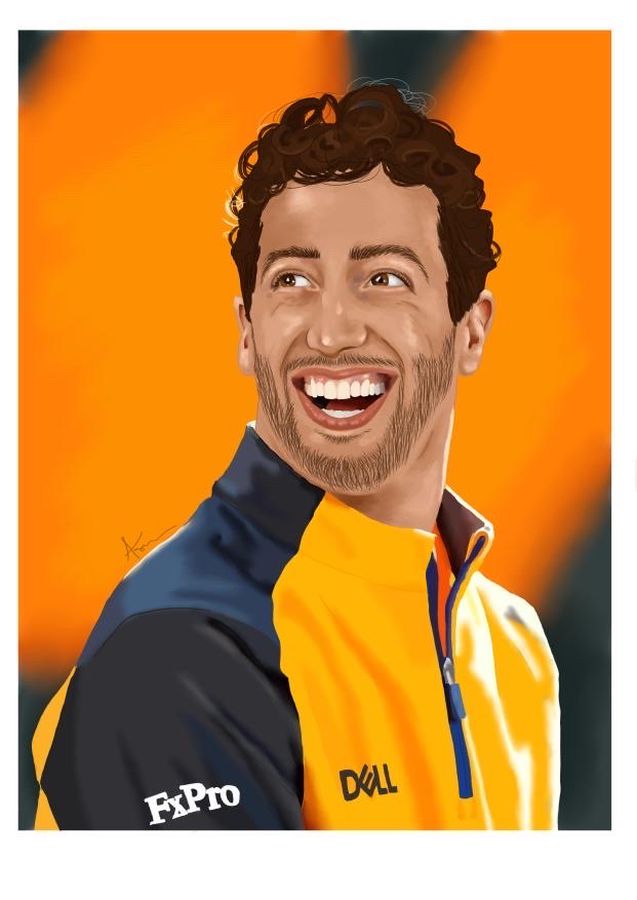 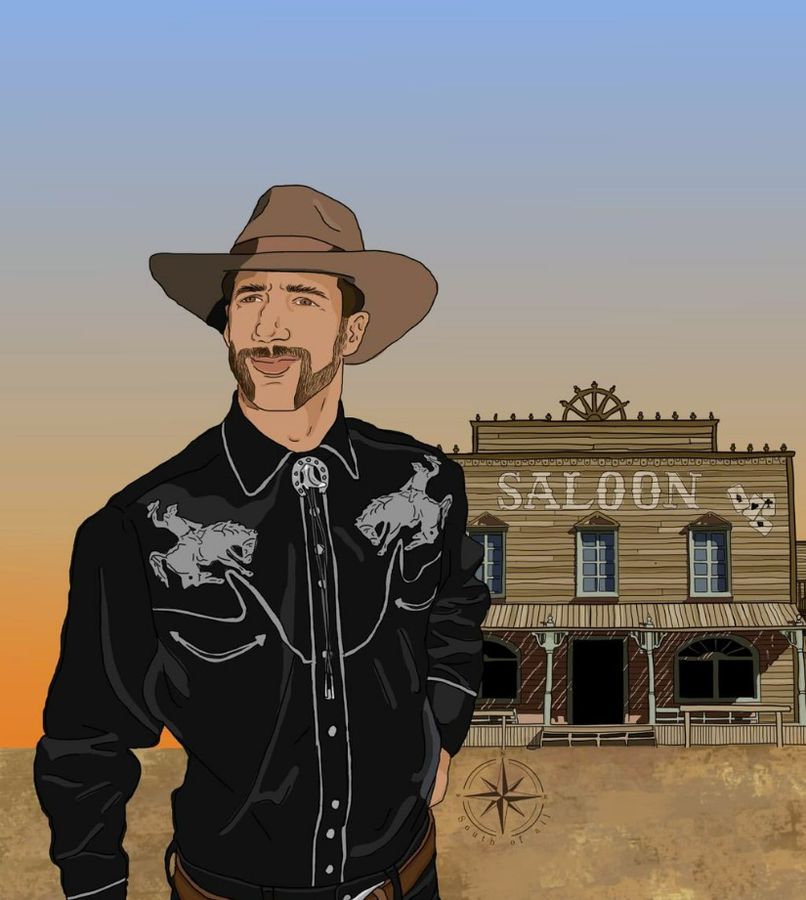 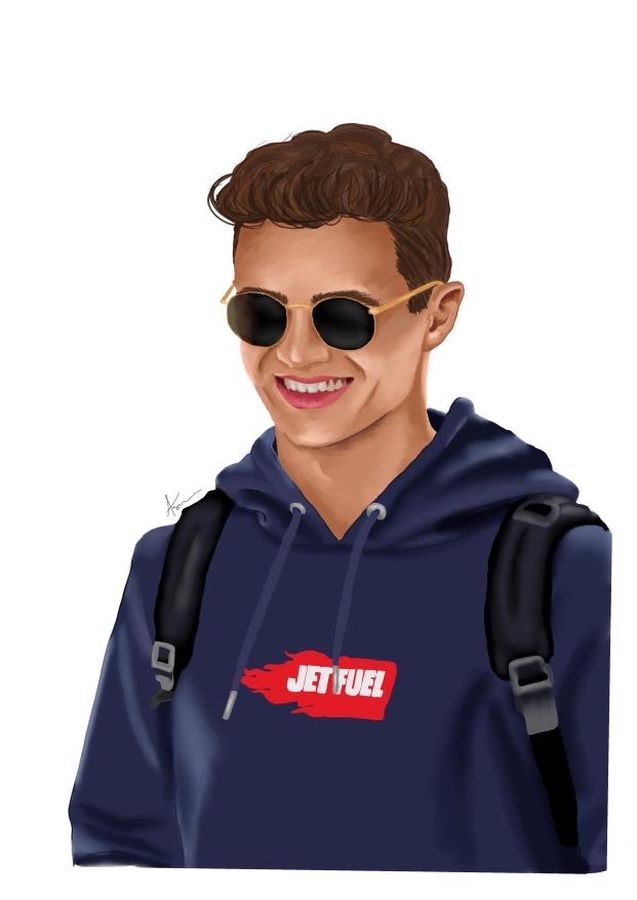 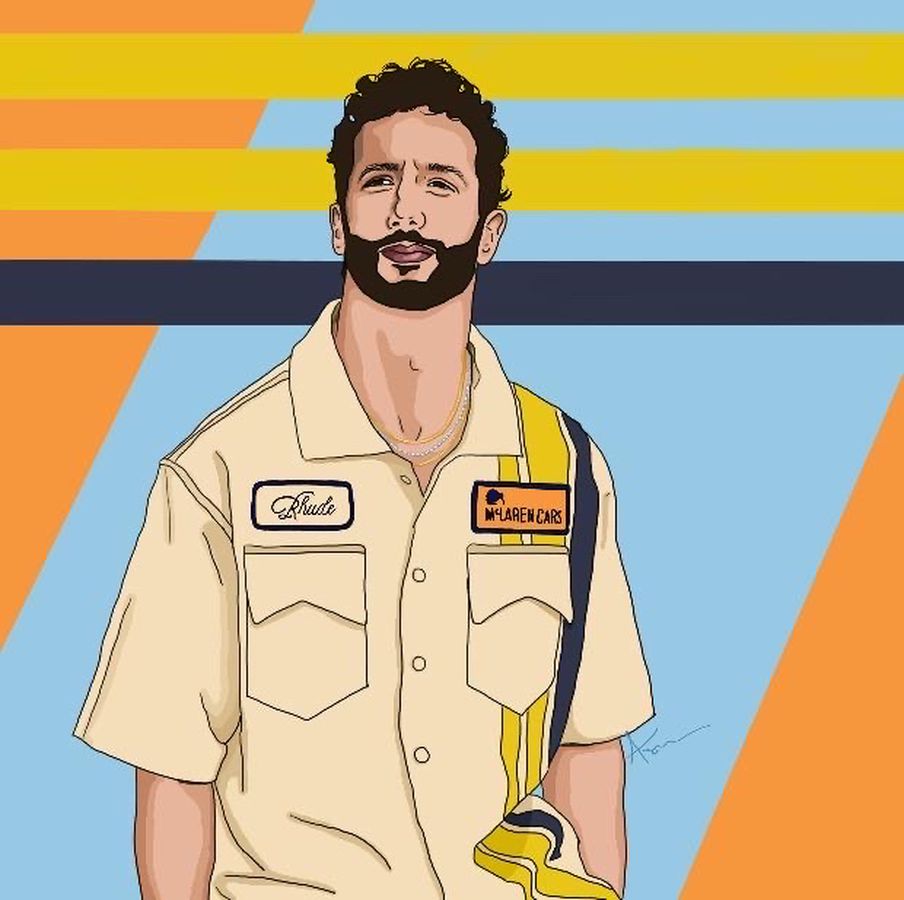 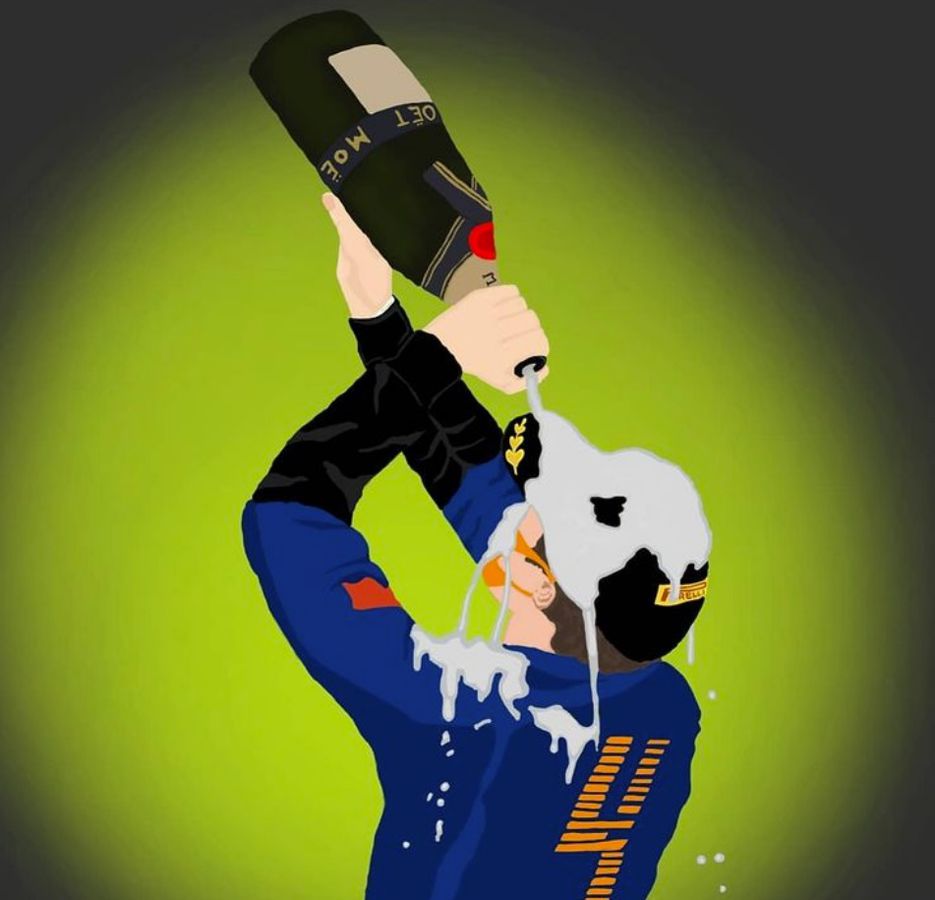 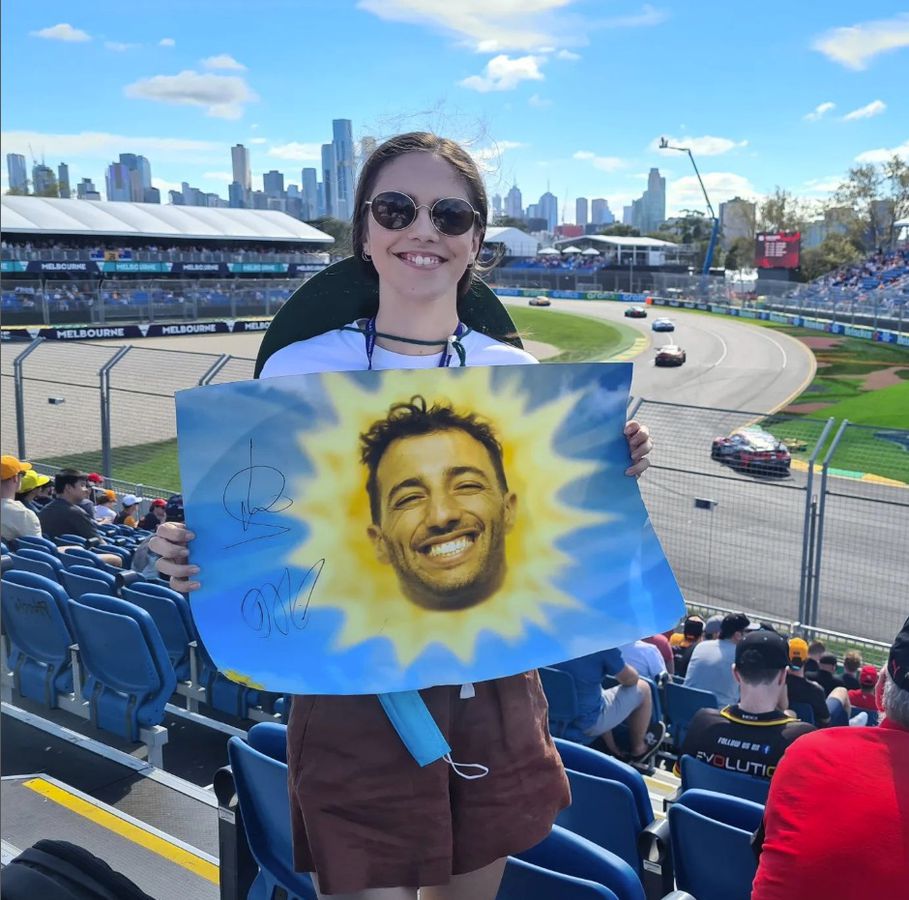 "I'm an Australian artist who works with both traditional and digital mediums. I started watching Formula 1 in 2018 and have been hooked ever since. I had the opportunity to attend the Melbourne GP this year and it was amazing to see F1 back on Australian soil after such a long break.

"When it comes to my art I mainly focus on portraiture and draw inspiration from photographs and current Formula 1 events. I hope to continue combining my passions of art and Formula 1."

Want to have your works of art featured in our preview and on our channels? Send us your creations by tagging McLaren and using the hashtag #McLarenCreators.

Have you ever been curious about how it feels to wander the famous McLaren Technology Centre Boulevard? To peek into the cockpit of the MP4/4, count the trophies in our cabinet, and have a photograph next to the iconic Bruce McLaren statue.

Covid-19 protocols have prevented us from giving our trusted fanbase a peek behind the curtain in recent years, but we can finally let you back into our home. The first MTC tours for McLaren Plus members will be taking place on Friday. Want to win a spot on our next tours? Sign up to McLaren Plus below for FREE.

Which McLaren driver is a chef in disguise?

How good are Lando and Daniel at reading each other's lips?