Why we're excited for the return of the Canadian Grand Prix

Why we're excited for the return of the Canadian Grand Prix

Travelling to Canada feels like a nice warm hug. The friendly and welcoming locals, Canadian bacon, dripping with maple syrup, and most of all, the memories. Ohh, so many memories.

The Canadian Grand Prix has been something of a home away from home for McLaren over the past few decades. Somewhere we'd visit once a year, make some happy memories, take a podium or two, and depart, smiles on our faces with suitcases that bit heavier from the silverware and souvenirs we'd picked up.

And although our last few trips to Montreal haven't been quite as successful, it's been sorely missed in its absence, and we're stoked to be going back for the first time since 2019.

1 | We've got history there

Okay, we're biased on this one, but why wouldn't we be itching to return to a circuit that's amongst our most successful?

With 13 wins, we're the most prolific team in the history of the Canadian Grand Prix. Nine of those have been at the Circuit Gilles-Villeneuve, with the most recent coming through Lewis Hamilton in 2012. It was also where the British driver took the first of his record-breaking 103 wins, with McLaren in 2007. 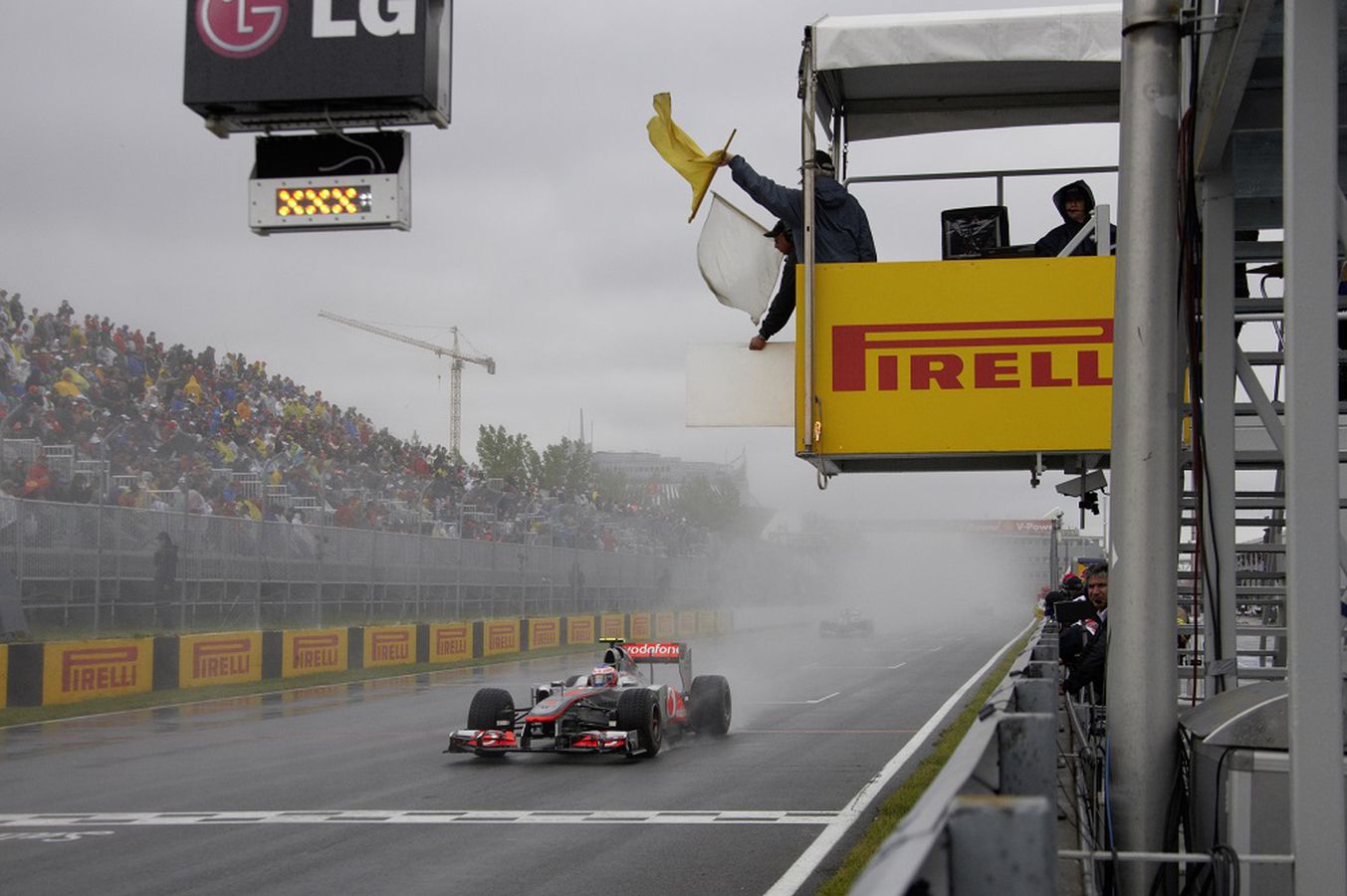 Denny Hulme notched our maiden victory in 1968, charging through from sixth for a McLaren one-two ahead of Bruce McLaren. The list of drivers to have stood on top of the podium at the circuit since is quite something, with Peter Revson, Emerson Fittipaldi, James Hunt, Ayrton Senna, Gerhard Berger, Mika Häkkinen, Kimi Räikkönen and Jenson Button all joining Hulme and Hamilton in the winners' club.

Arguably, the most famous of those is Button's win in 2011. The well-documented victory, which came at the end of a four-hour, four-minute and 39-second-long grand prix, featured six pit-stops, a drive-through penalty and collisions with Hamilton and Fernando Alonso. Quite how Jenson still managed to cross the line first is beyond us, but such is the magic of Montreal.

2 | The circuit was designed for overtaking

Akin to Formula 1's version of chutes and ladders, if you look at the Circuit Gilles-Villeneuve from above, it's reminiscent of a board game because, at its most fundamental level, it's primarily made up of straights and chicanes.

From the cockpit, it's physically challenging and made for overtaking. Designed by Roger Peart ahead of the 1978 Canadian Grand Prix, it was created to encourage wheel-to-wheel battling, bravery on the brakes and quick reactions, with plenty of slipstreaming opportunities.

It's part-permanent, part-street track, and feels like it. The circuit is rapid, but requires pin-point precision to hook the car around the tighter turns and keep it out of the barriers.

The Circuit Gilles-Villeneuve was designed for overtaking 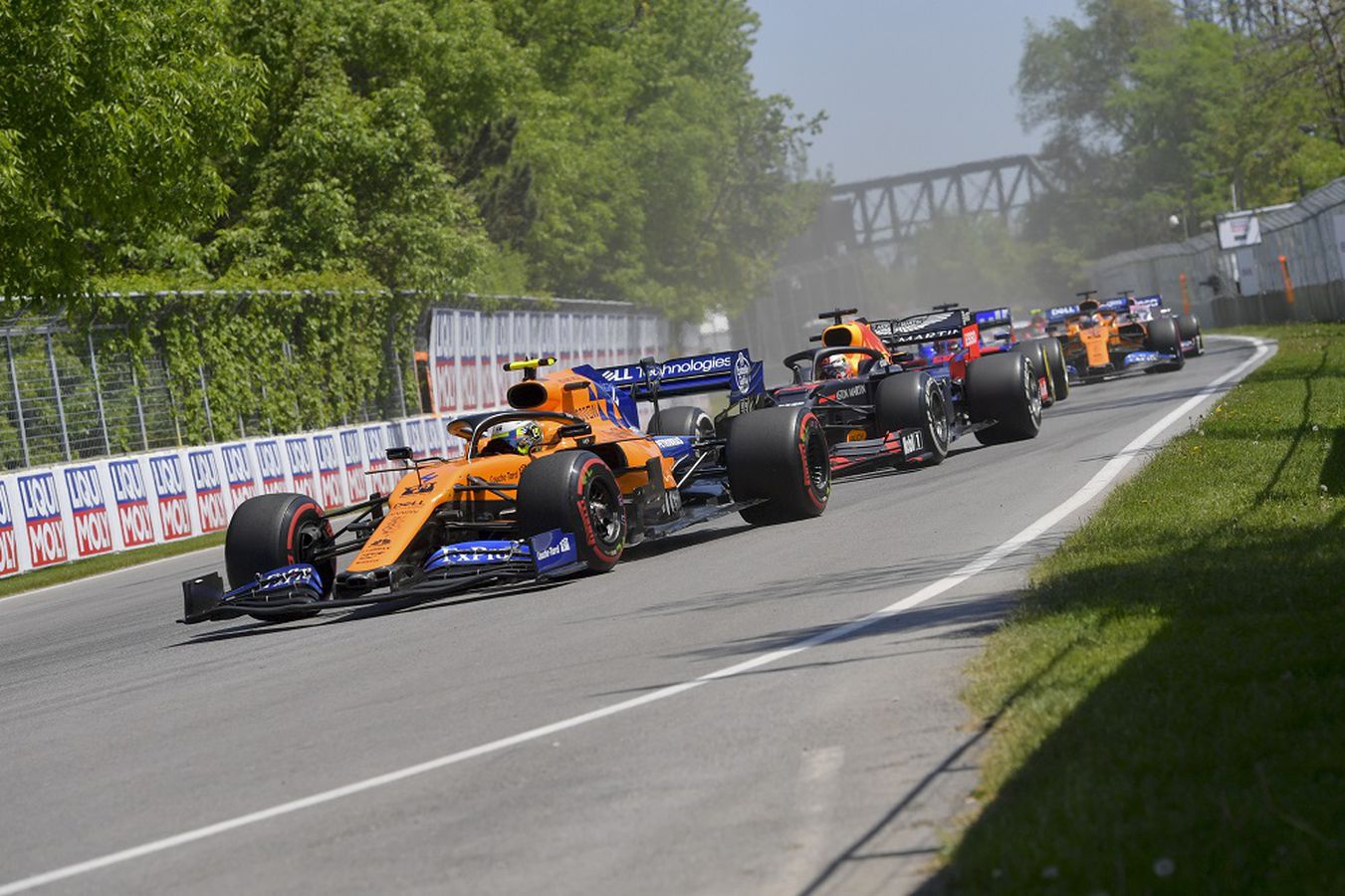 The Circuit Gilles-Villeneuve was designed for overtaking

For all the straights and chicanes, the best overtaking opportunity comes after the circuit's sole hairpin. Get it right, and a move could be completed under braking heading into Turn 10. But if not, there's a lengthy run out of that hairpin that stands as the track's biggest opening.

And even if a move hasn't been completed during that sequence, there's another chance just a little further down the road. Stick with us on the bird's eye view at that section of the track, and you'll just about make out an 'S' shape, formed by Turns One and Two, that is dubbed as the 'Senna S Turns'.

Although the 'S' isn't as visible now due to track changes, the overtaking opportunity here remains, with a move possible during the braking zone at Turn One.

3 |  The 'Wall of Champions' is unforgiving

With the tarmac running close to the barriers, the Circuit Gilles-Villeneuve is a track that favours the brave. This is especially true of Turn 14, which has been known as the 'Wall of Champions' since 1999 when Damon Hill, Michael Schumacher and Jacques Villeneuve, all overdid it at the corner and collided with the barrier.

Fellow World Champions Jenson Button and Sebastian Vettel are amongst those to have fallen foul to the corner in recent years, but why is it so menacing?

The 'Wall of Champions' 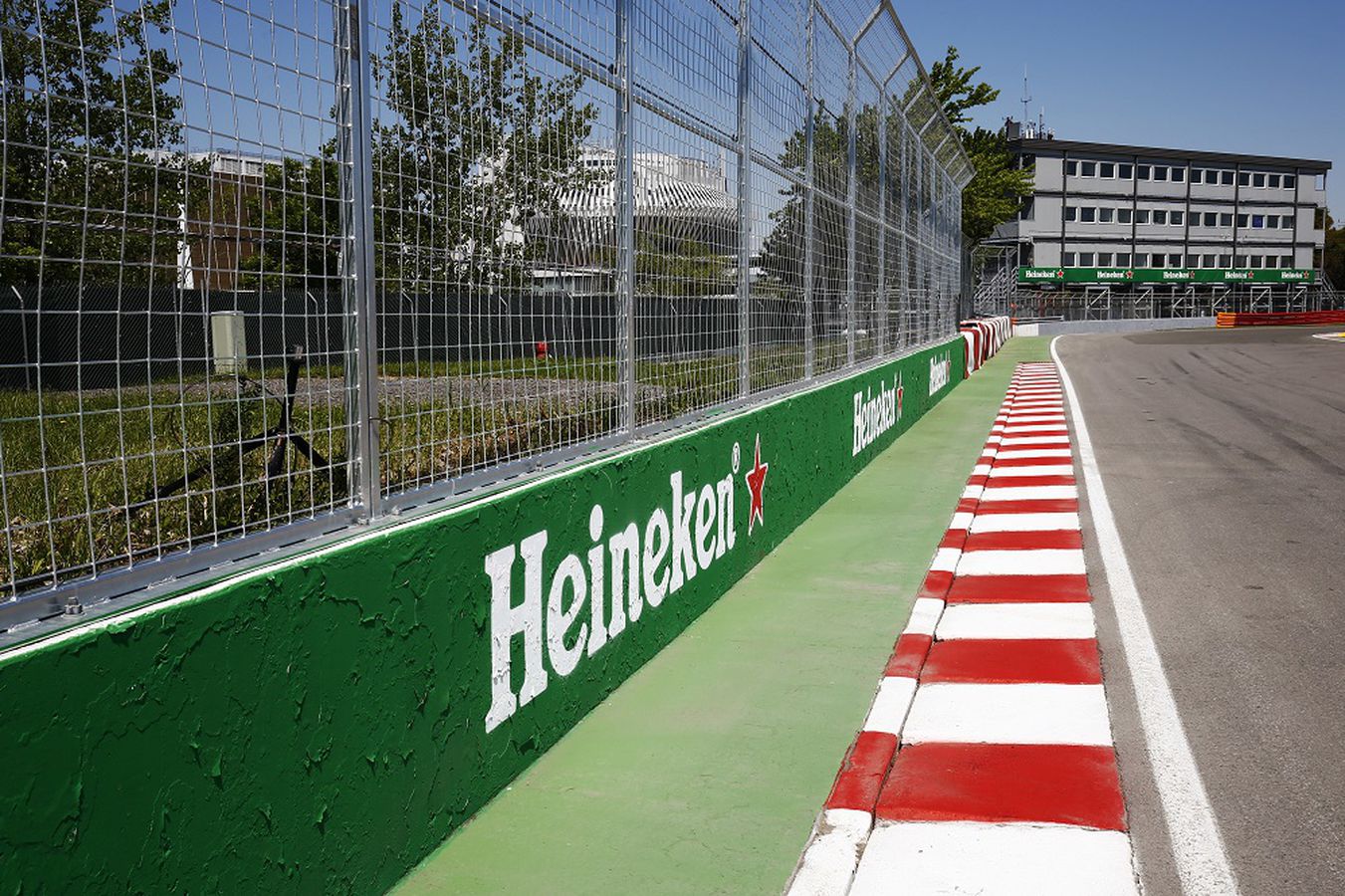 The 'Wall of Champions'

Arriving at the end of the lap, it provides an opportunity to regain lost time. There's plenty to be won and lost in getting as close to the barrier as possible, but the high-speed, low-grip combination makes it something of a landmine.

There are simply so many spots for it to all go wrong – whether it's an overtake turned sour at Turn 12, misjudging the apex of Turns 13 and 14, or simply trying to find that extra hundredth by getting a little too close to the barrier.

For a full lowdown on the 'Wall of Champions', click here.

4 | The fans are friendly and fun

The Canadian faithful provide a relaxed and friendly atmosphere outside the racetrack whilst being amongst the noisiest you'll hear all season inside of it. With the track dating back to 1978, there's a joyful mixture of young and old and diehard and avid. 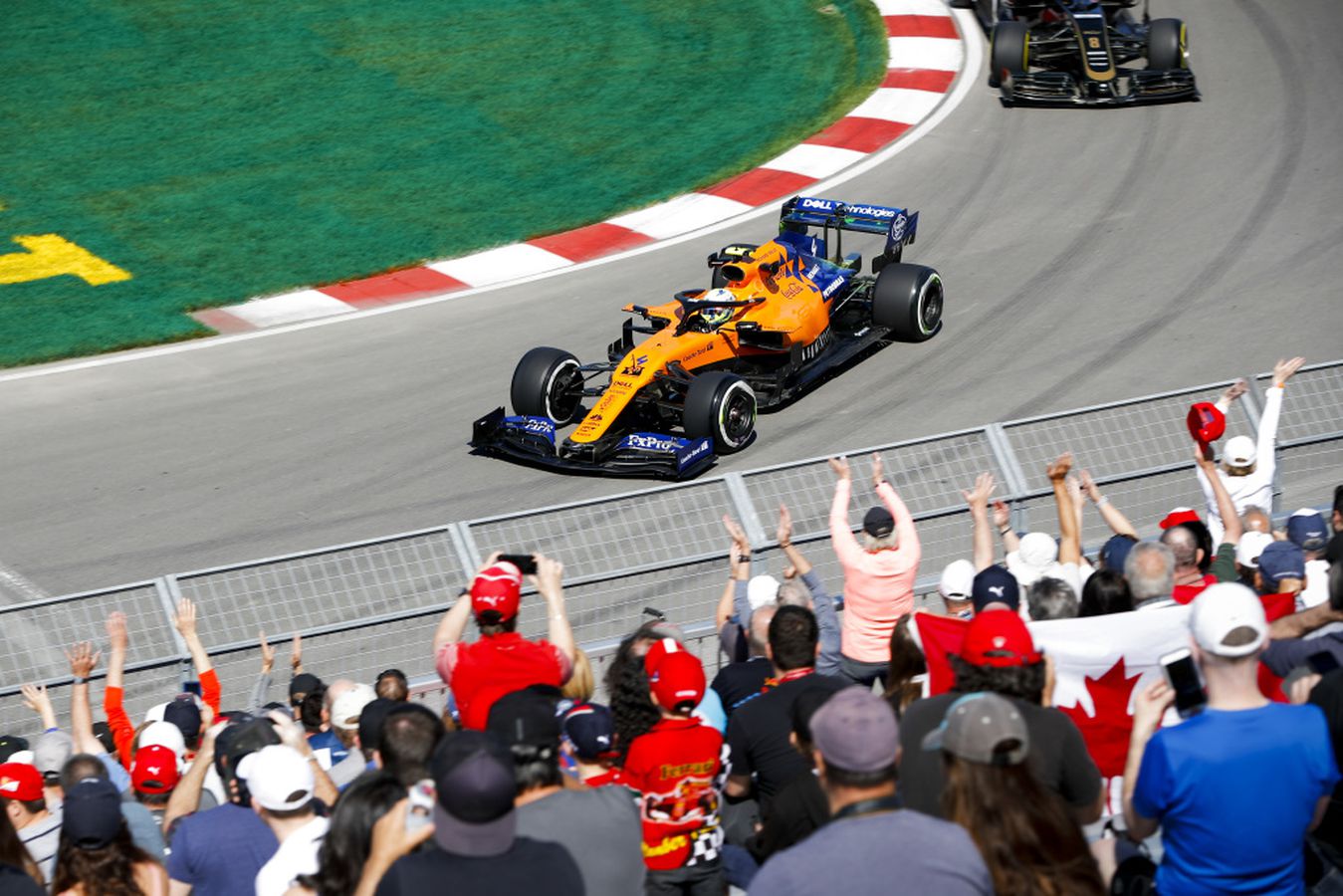 The grandstands are always packed out, with a party-like atmosphere in the fan zones that makes for great entertainment whether you're inside of it or watching on from the comfort of your living room.

But if you are attending, we'd recommend a last-minute stock-up on your favourite papaya products to combat the varying weather conditions. One of our water-resistant shell jackets will have you prepared for 2011-esq downpour, while our wide-ranging collection of polos and tees will have the more optimistic of you ready for some sunshine.

5 | The culture has something for everyone

Maple syrup on bacon on maple syrup on bacon, with a ton of pancakes stacked underneath. Forgive us for thinking food-first, but the cuisine in Canada is a fan-favourite. We also encourage you to try Poutine – a popular Quebec-invented comfort made from a mixture of French fries, cheese and gravy - wherever you're watching from.

Our food obsession aside, there's an awful lot to love about Montreal and Canada, so it's difficult to know where to start.
It is situated on the man-made Notre Dame Island, on the Saint Lawrence River, just a short distance from downtown Montreal.

It's in a picturesque location, making it a great one for travelling fans, photographers and the TV cameras, with plenty to see and capture outside of racing.

Montreal is often referred to as the party capital of Canada 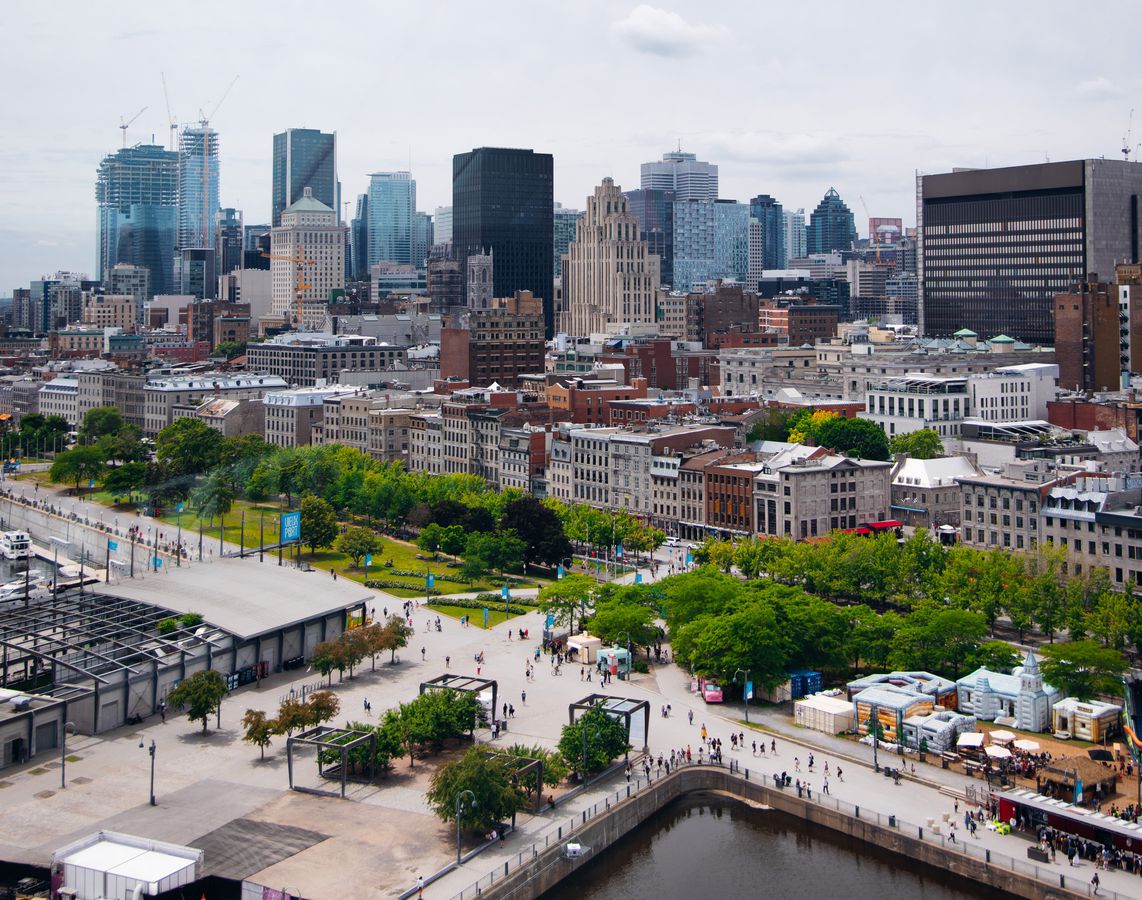 Montreal is often referred to as the party capital of Canada

There are options for everyone. Often referred to as the party capital of Canada, Montreal is famous for its nightlife, with bars and restaurants to suit every budget in the lively business district.

Meanwhile, Montreal's old town serves as a pathway from the past to the present. Home to historical sites that date back to the 1600s, there's plenty to see and do, including some idyllic food spots and cute cafés.

Not to mention Mount Royal, which overlooks the city. The 233m high mountain is a challenging but achievable climb for the more adventurous of you.

Don't forget that you can follow all of the Canadian Grand Prix action with LIVE commentary on the McLaren App.

"Montreal is a great city and there's always a brilliant atmosphere"

Exclusive behind the scenes access from the Azerbaijan GP

The Azerbaijan Grand Prix according to social media