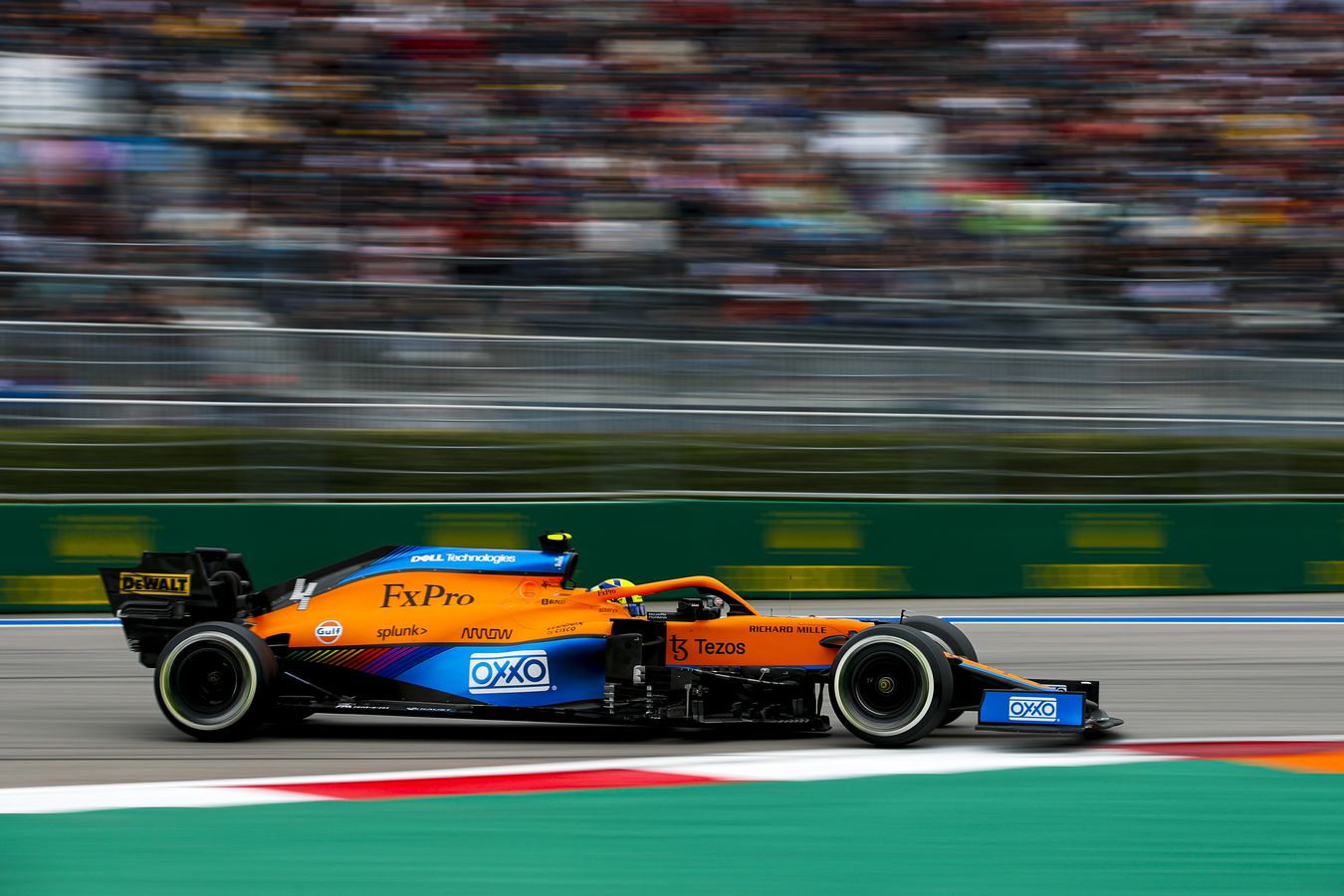 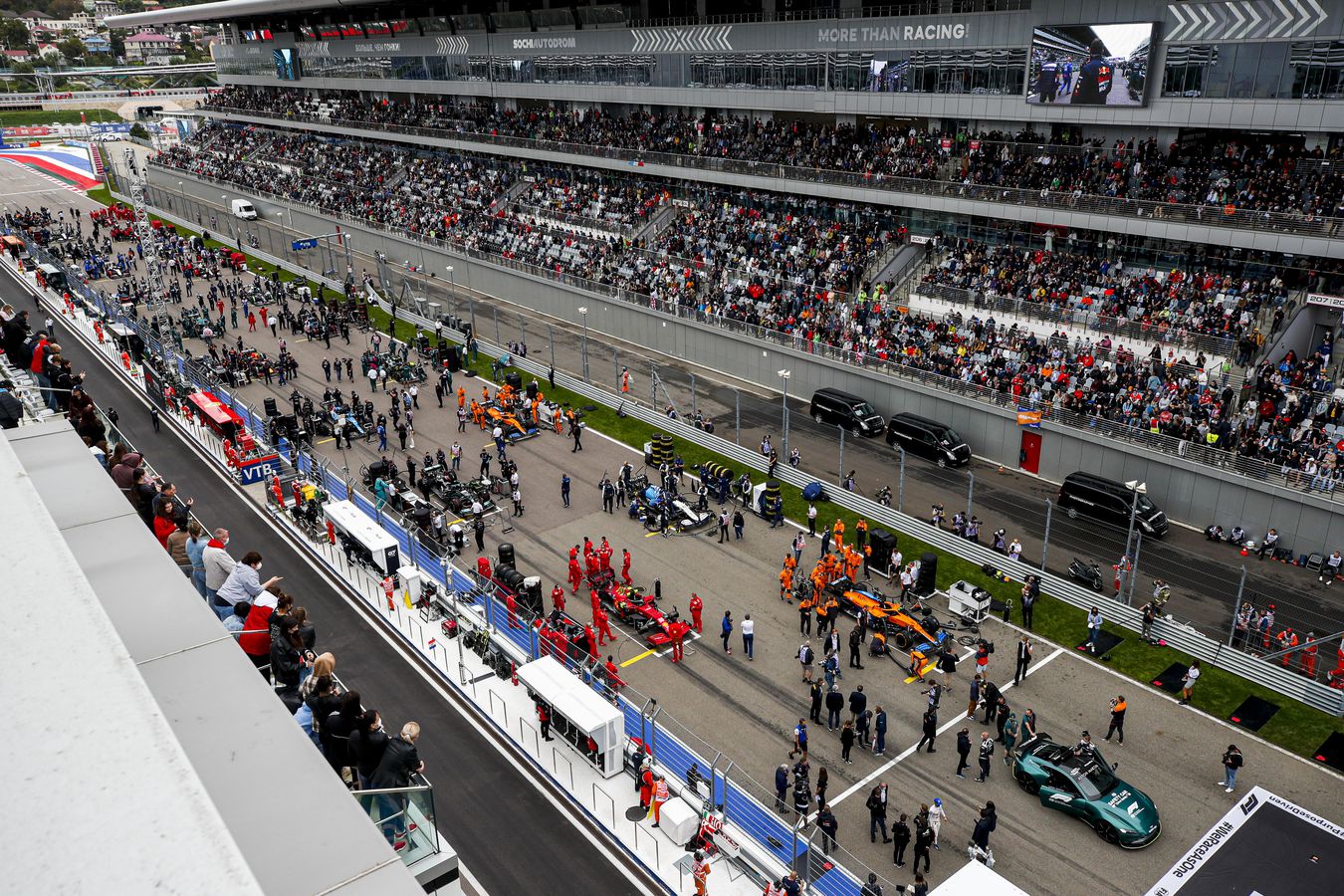 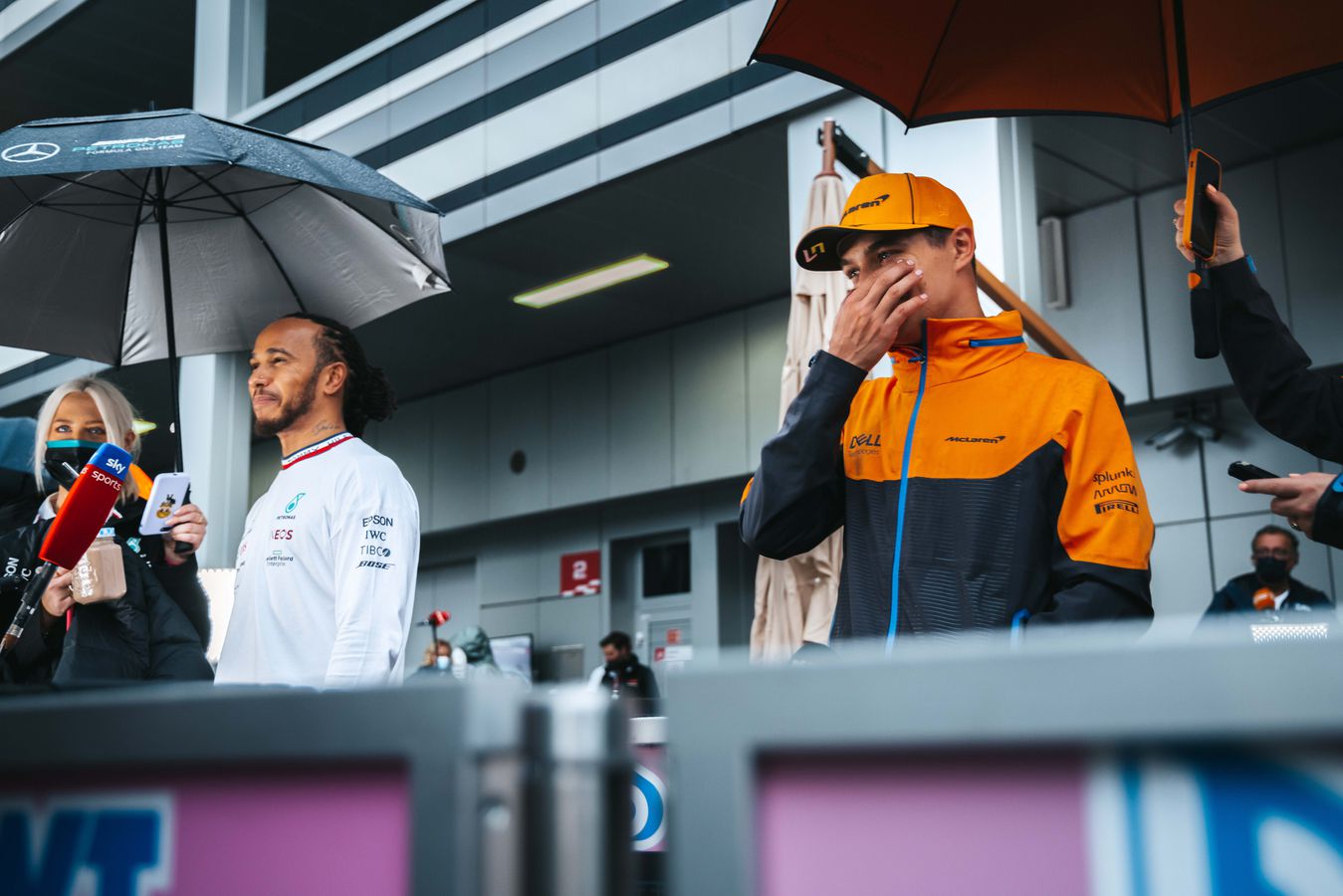 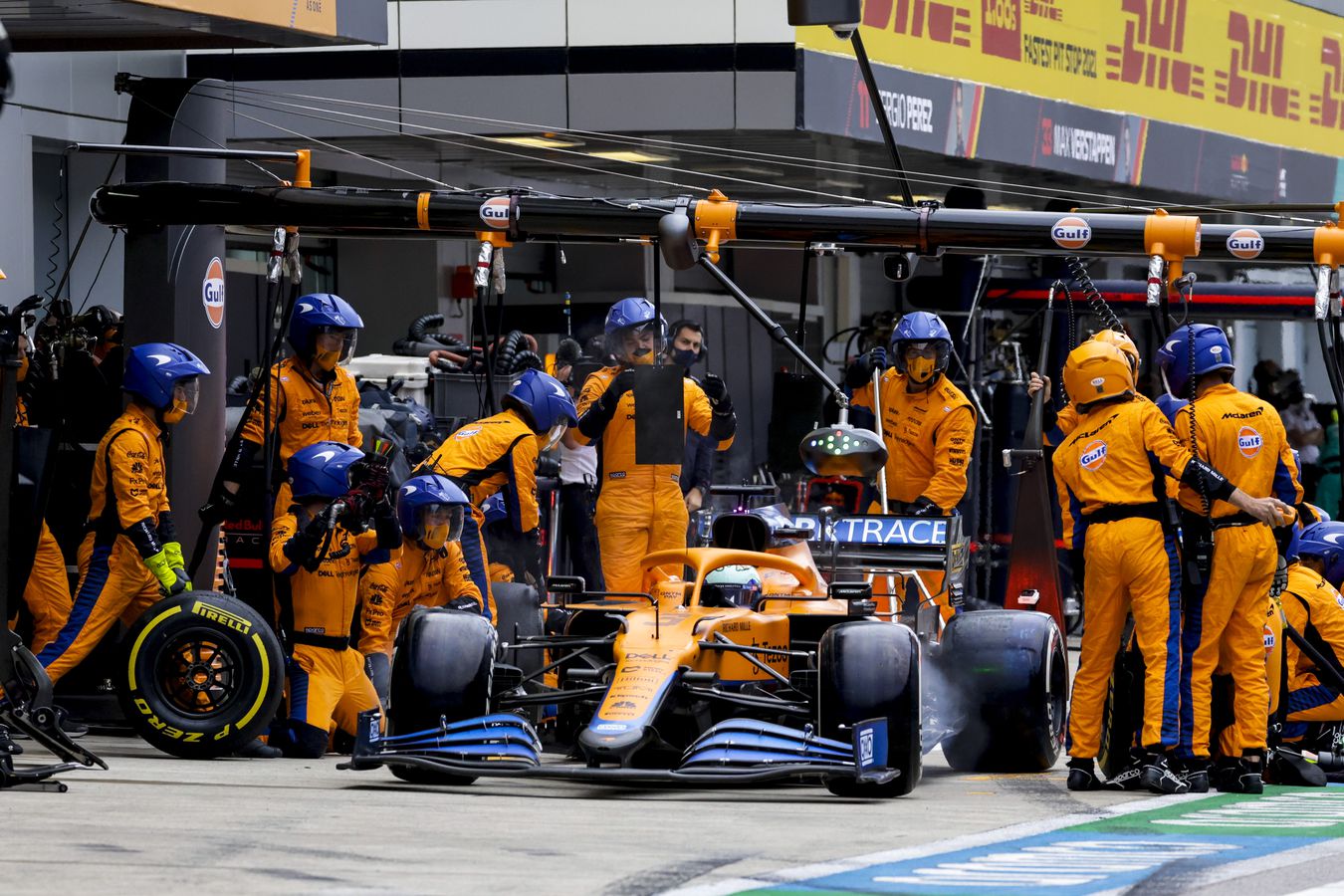 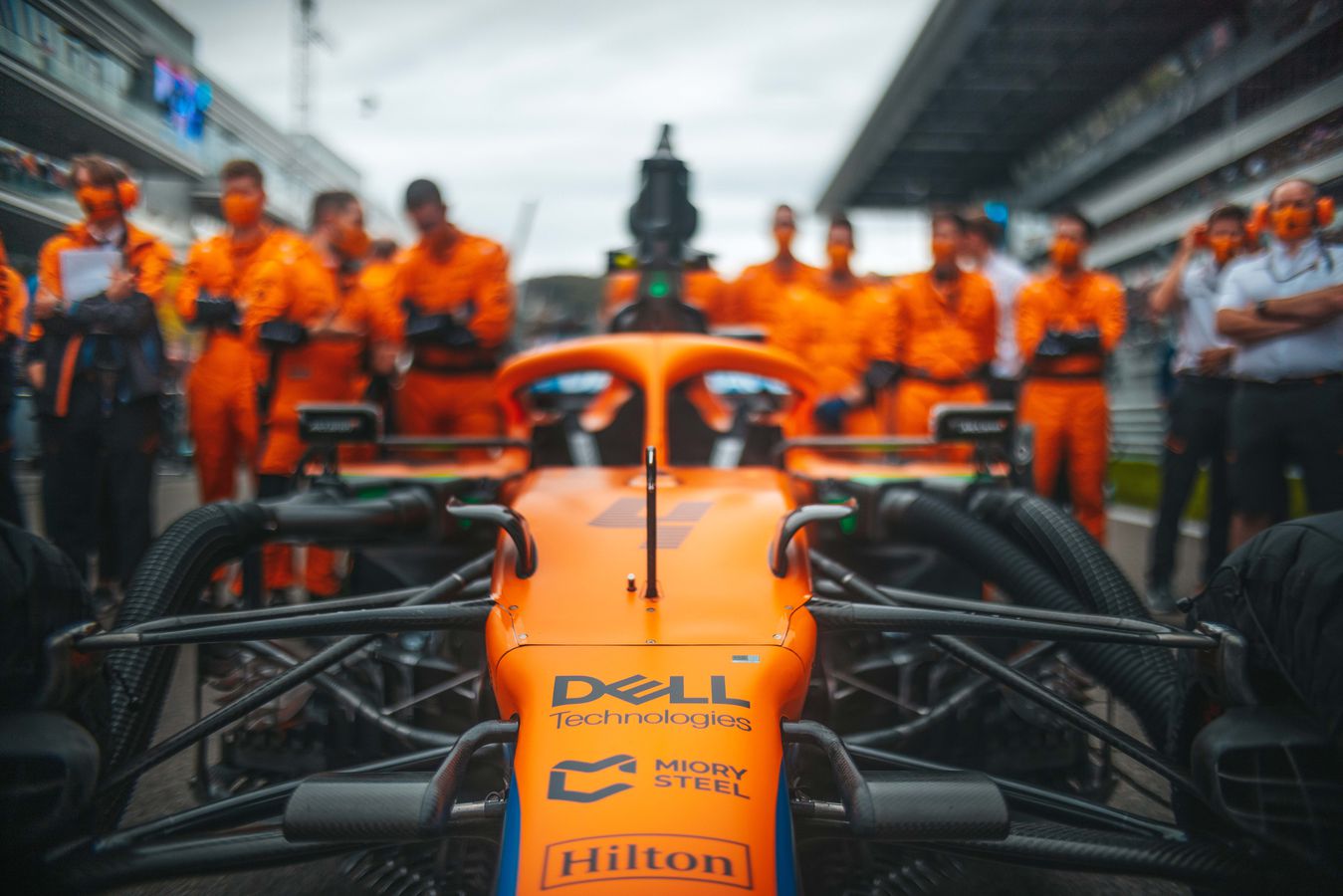 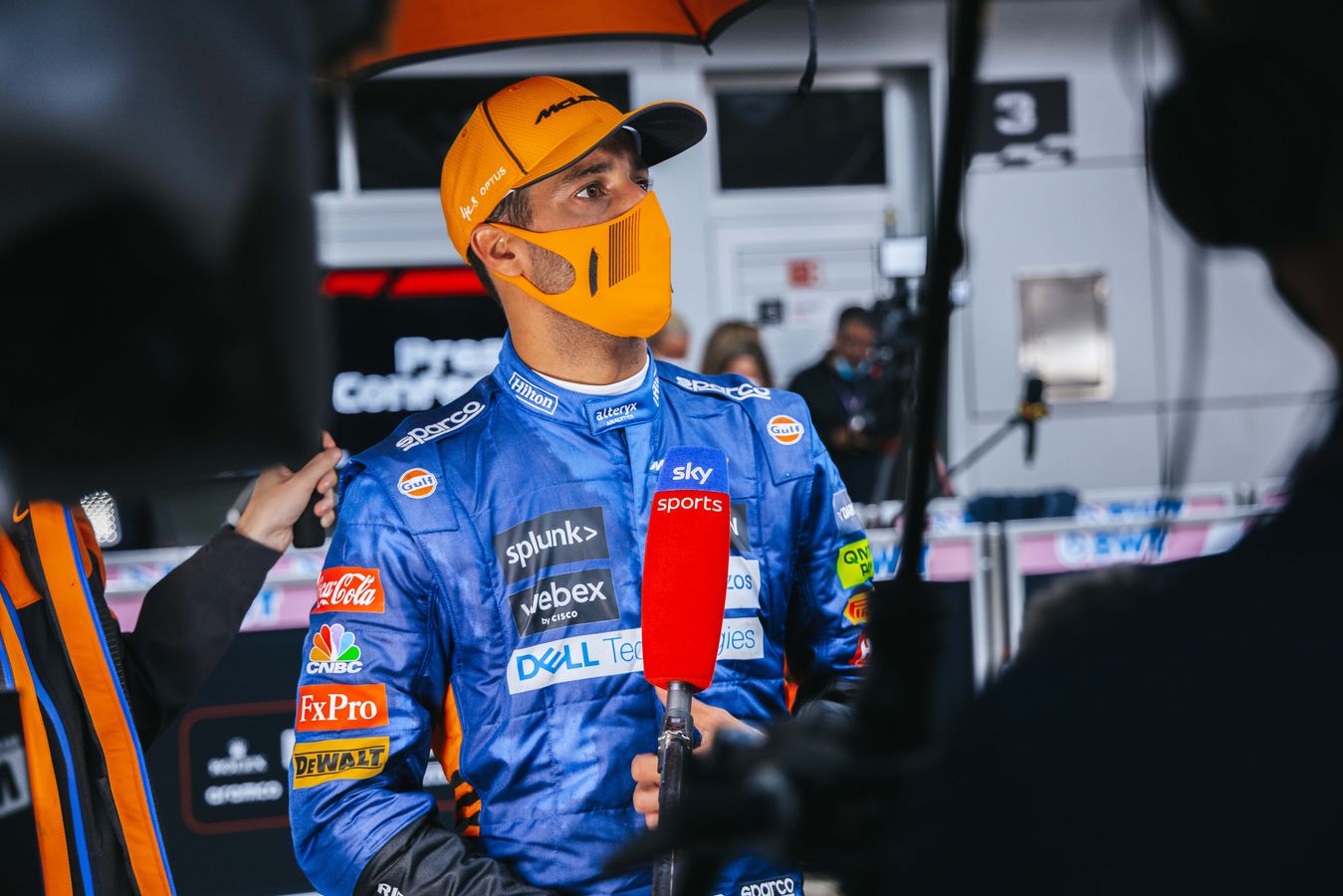 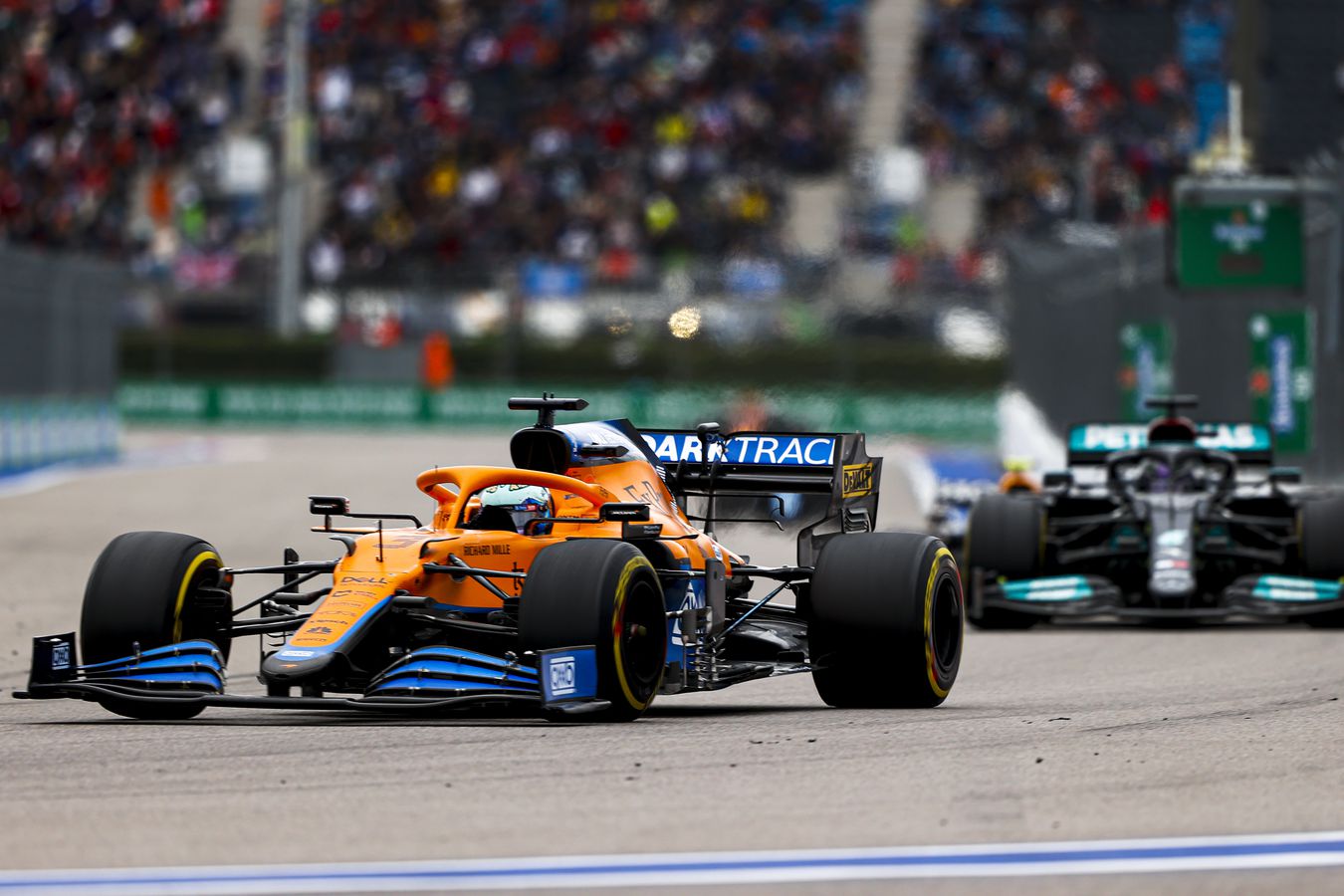 "The result is not a reflection of our weekend"

"The result is not a reflection of our weekend"

“Pretty eventful race. Sometimes this track doesn’t provide that, but this weekend it did with both quali and the race. There was a lot that happened. I think my start was kinda too good! I had to pull out and then pull back in, so we lost a few positions there, but then made a few back over the first lap. So, there were some good moments. I defended pretty well in the first stint, then in the second stint made a few good passes, but then struggled towards the end of that Hard tyre.

“Then the rain came, and that’s when it all turned on its head. The in-lap was sketchy. I think Carlos [Sainz] went off in Turn Seven, then me, then Max [Verstappen]. I think Max saw both of us and just went off less and was able to pass there. Then we got out on the Inters and I could see Carlos ahead – the last couple of laps I felt like I was bringing him in a bit, but it was a little too late. I just missed the podium, but P4 is a solid result. Good points and, I think, for those tricky conditions, it’s always nice just to get out with your nose clean. There are definitely some positives and personally still a few things to work on, so we’ll keep our head down.”

"It wasn't the race or the result we wanted in the end. I made a good start and we had a good first stint. Right at the end when the rain started, we made the call not to box and that cost us everything. We made the decision that was right at the time for the conditions at the time. It was my call, along with the information from the team, and together we need to review what we could've done better. It's incredibly disappointing of course, because we've been strong all weekend and I felt comfortable with the pace and the car today. The team has done a great job and I want to thank them for all their hard work. Of course, the result is not a reflection of our weekend, but there are a lot of positives we can take, and now we need to analyse, reset and bounce back in Turkey.”

“We are, of course, disappointed with finishing P4 and P7 in the Russian Grand Prix today, given the positions we were in three laps from the end of the race. On the positive side, both Lando, Daniel and the whole team put in strong performances all weekend, which is highly encouraging going into the last third of the season. Thanks to the team at track and back at the factory, along with our colleagues at Mercedes HPP, for their hard work and effort.

“Attention will no doubt be given to the decision to stay out on the slicks with Lando, while we went on Intermediate tyres relatively soon with Daniel. There were tricky calls to be made at the end of the race when it started raining, and that’s never easy. Unfortunately, it didn’t work out on Lando’s side today. As always, we’ll analyse this as a team, together with the drivers, learn from it and come back stronger.”

“Finally, congratulations to Lewis on his historic 100th win. Everyone at McLaren Racing is proud of what he has achieved since his first race with us 14 years ago.”

Drive the design by Webex

This competition has closed