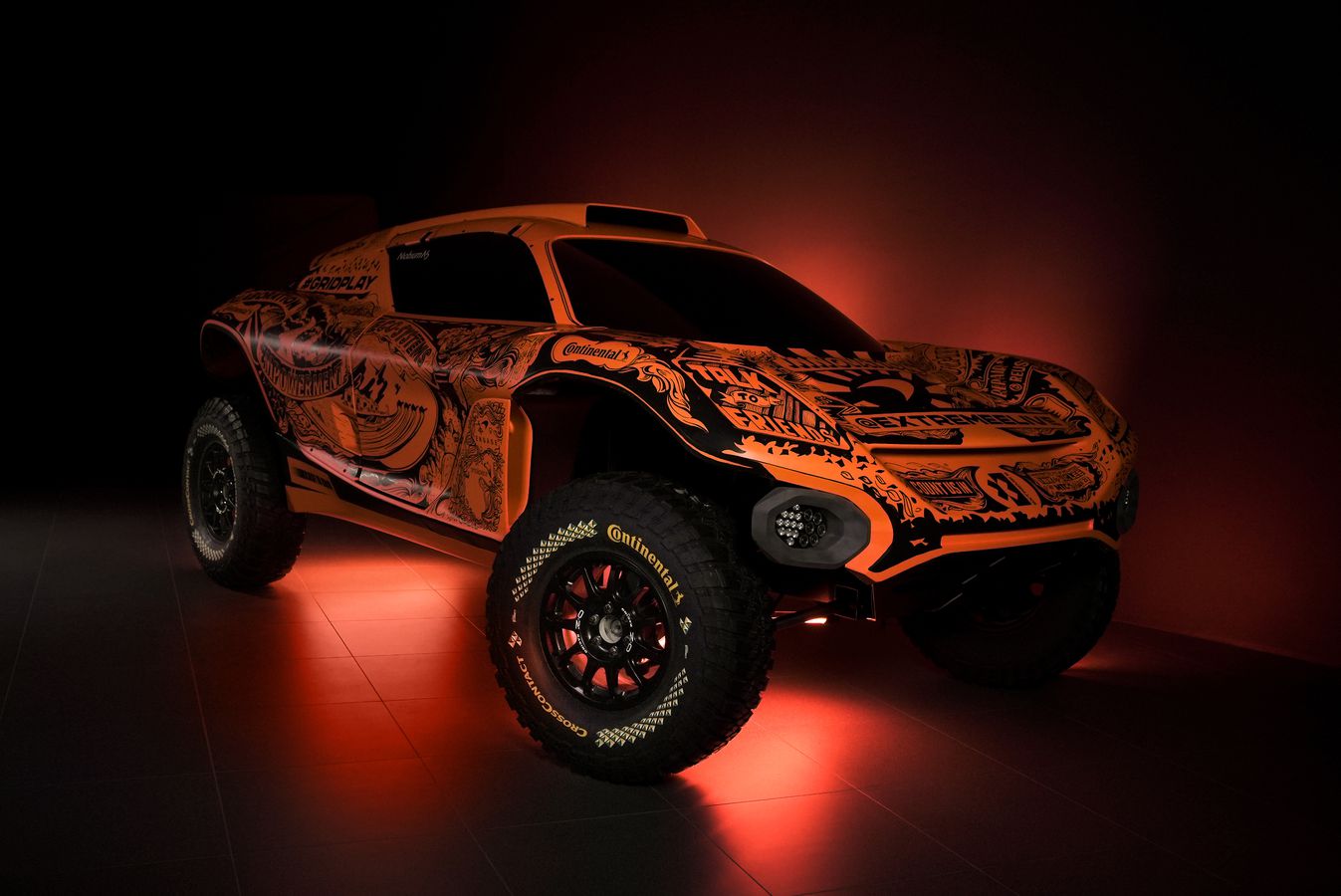 McLaren Racing today announced Emma Gilmour as the team’s first-ever female driver who will compete for the McLaren Extreme E team in 2022. Emma’s announcement follows a media engagement today during the COP26 UN Climate Change Conference in Glasgow with His Royal Highness The Prince of Wales. The engagement also marks McLaren Racing’s entry into Extreme E and the reveal of McLaren’s spectacular launch livery.

McLaren will be the latest team to join the series in 2022, raising awareness of the impact of climate change, participating in Extreme E’s robust legacy programmes, and leaving a lasting footprint by engaging its fans around the world to take climate action. Motorsport has long since provided a hub for transport innovation and technology and Extreme E brings some of the world’s most famous teams, representing the latest clean technology, to race in some of Earth’s most remote and stunning locations.

A native of New Zealand, Emma is known for her vast experience in rallying, rallycross, cross-country rallying and most recently competing in the inaugural season of Extreme E. In 2016 she became the first and only female to date to win a New Zealand Rally Championship event and also won the FIA Women in Motorsport and Qatar Motor and Motorcycle Federation (QMMF) crosscountry rally selection in 2015. Emma completes McLaren Extreme E’s driver line-up for 2022 alongside US driver Tanner Foust. 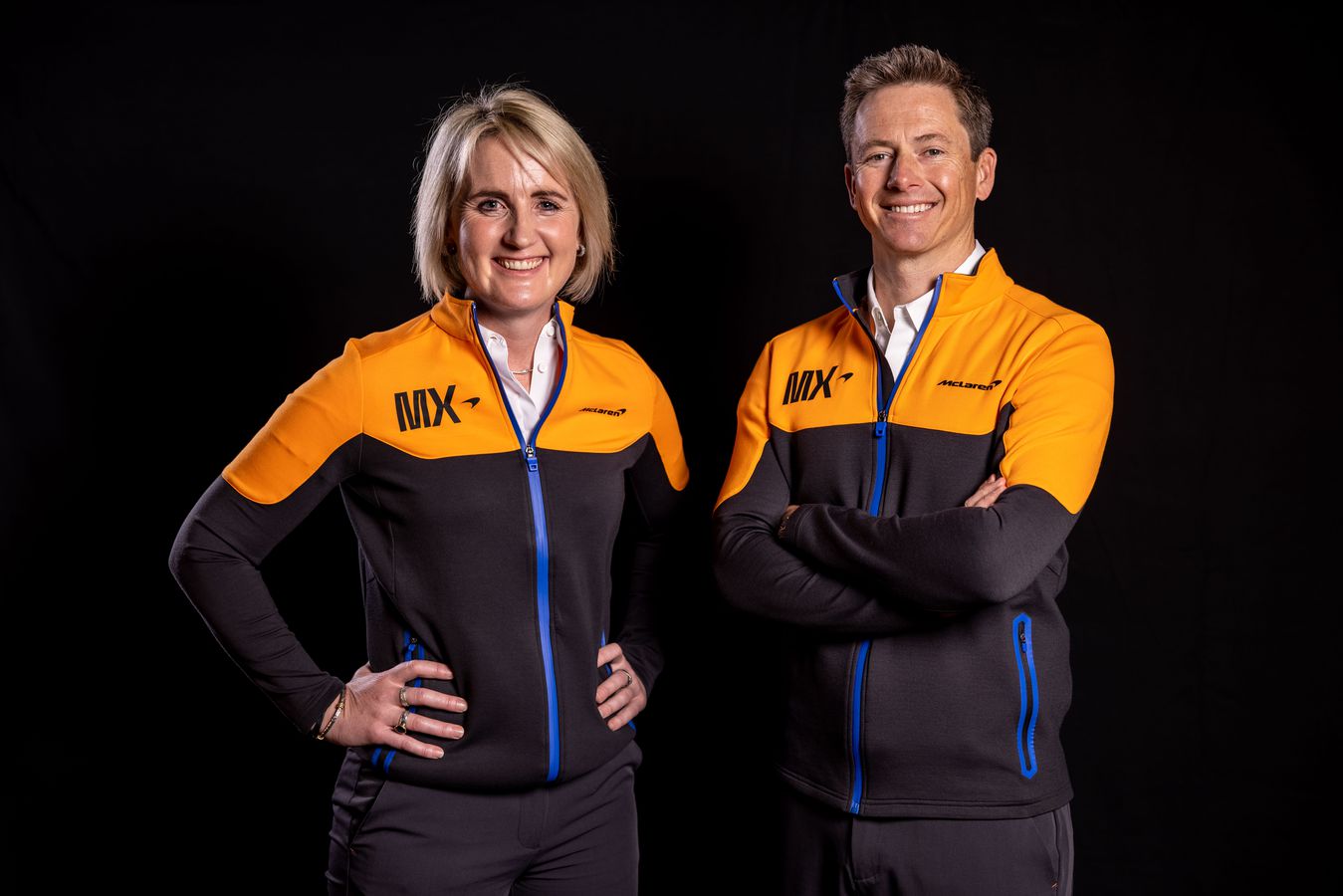 The announcement of McLaren’s newest driver is a historical moment for McLaren Racing made all the more poignant as Emma is a compatriot of the team’s founder, racing legend, engineer and innovator, Bruce McLaren.

The McLaren Extreme E launch livery was revealed for the first time during the engagement at Kelvingrove Museum, Glasgow. The livery, hand-drawn by award-winning artist and illustrator, Vic Lee, represents the entire race calendar through the four biomes of the Arctic, Amazon, Desert and Ocean. Illustrations on the livery focus on each landscape, drawing inspiration from the legacy left behind by the Extreme E series, teams and staff while detailing some of the steps which can be taken to reduce the impact of climate change.

The livery also reflects McLaren Racing’s commitment to the ‘Count Us In’ pledge. Count Us In is a global movement of people and organisations to inspire a billion people to take practical steps to reduce their carbon footprint by committing to one or more of 16 steps. The names of the first McLaren Racing fans, employees and partners who signed up to the pledge are carried on the Extreme E race car along with a manifestation of the ‘C’ cipher, synonymous with His Royal Highness, in tribute to his significant endeavours over the past four decades to use his unique position to champion action for a sustainable future.

During the engagement, distinguished Professor Carlos Duarte spoke about Extreme E’s legacy programme, which intends to provide social and environmental support for the locations in which Extreme E races. Extreme E only races in terrains in which it can raise climate awareness, with the all-electric race cars being transported to race locations by a refurbished passenger cargo ship, the former Royal Mail Ship St Helena. The ship also serves as a ‘floating laboratory’, or classroom, in which educative talks can be held, or research conducted during races.

His Royal Highness was also able to see a demonstration, given by AFC Energy’s CEO, Adam Bond, of how hydrogen fuelled power generation, an alternative zero emission off grid power source, is being pioneered by Extreme E and all race teams in a world first to remotely charge series electric SUVs in a completely sustainable manner. Leena Gade joins the McLaren Extreme E team as Race Engineer on secondment from Multimatic, vehicle dynamics partner to McLaren Extreme E. The British female race engineer has a rich history in motorsport serving as a lead race engineer in the FIA World Endurance Championship and IndyCar series, most notably becoming the first female race engineer to win the 24 Hours of Le Mans in 2011.

Following the announcement and before the 2022 race series begins, Emma Gilmour, Leena Gade and the McLaren Extreme E car will undertake further engagements, including a secondary school visit and a discussion at Newcastle University promoting future opportunities in technology. The engagements have been organised by McLaren Racing to illustrate the diversity and inclusion purpose behind the sport as well as the significance of its McLaren Racing Engage programme which was launched in June, this year. The programme, which promotes diversity and inclusion and aims to open up opportunities in technology to all, is a strategic alliance with four expert partners (Women’s Engineering Society (WES), EqualEngineers, The Smallpeice Trust and Creative Access). Its purpose is to drive forward a series of collaborative initiatives to diversify talent in motorsport. McLaren’s Extreme E show-car will also be on display in the Green Zone at COP26 from November 8 -12 inclusive.

Today, McLaren Extreme E will also announce a partnership with the growing fleet management company, Merchants Fleet, as part of Merchant’s commitment to ESG and leading electrification in-fleet through its ACCELER8 ESG program. Merchants stands out with its robust commitment to ESG through its ACCELER8 program which focuses on Electrification & Environment and Diversity, Equity & Inclusion. As partner of the McLaren Extreme E team, Merchants will continue to drive awareness of electric vehicle adoption as a path to corporate sustainability, and equity in business and sport.

“We’re proud to join His Royal Highness to announce Emma Gilmour as the first-ever female driver for McLaren Racing. Emma completes our exciting and competitive driver line-up alongside Tanner Foust for our first season of Extreme E. She’s a race winner and has proven herself this year in Extreme E alongside a vast background in competitive off-roading in multiple racing series across the globe. It’s fitting that our first female driver originates from New Zealand where our founder Bruce McLaren was from.

“Being able to announce Emma and reveal our launch livery with His Royal Highness The Prince of Wales during COP26, given his track record in sustainability and promotion of STEM education and engineering, resonates with McLaren Racing’s commitment to sustainability, diversity and gender equality which are deeply-rooted in the team’s ethos. Seeing the support from the entire McLaren family in signing up for one or more of the Count Us In pledges highlights the dedication of our fans, partners and team members to help avert the impacts of climate change. We’re looking forward to competing in Extreme E’s second season to continue to educate ourselves on this journey of discovery and use our voice to shine a light on key issues impacting the world.” 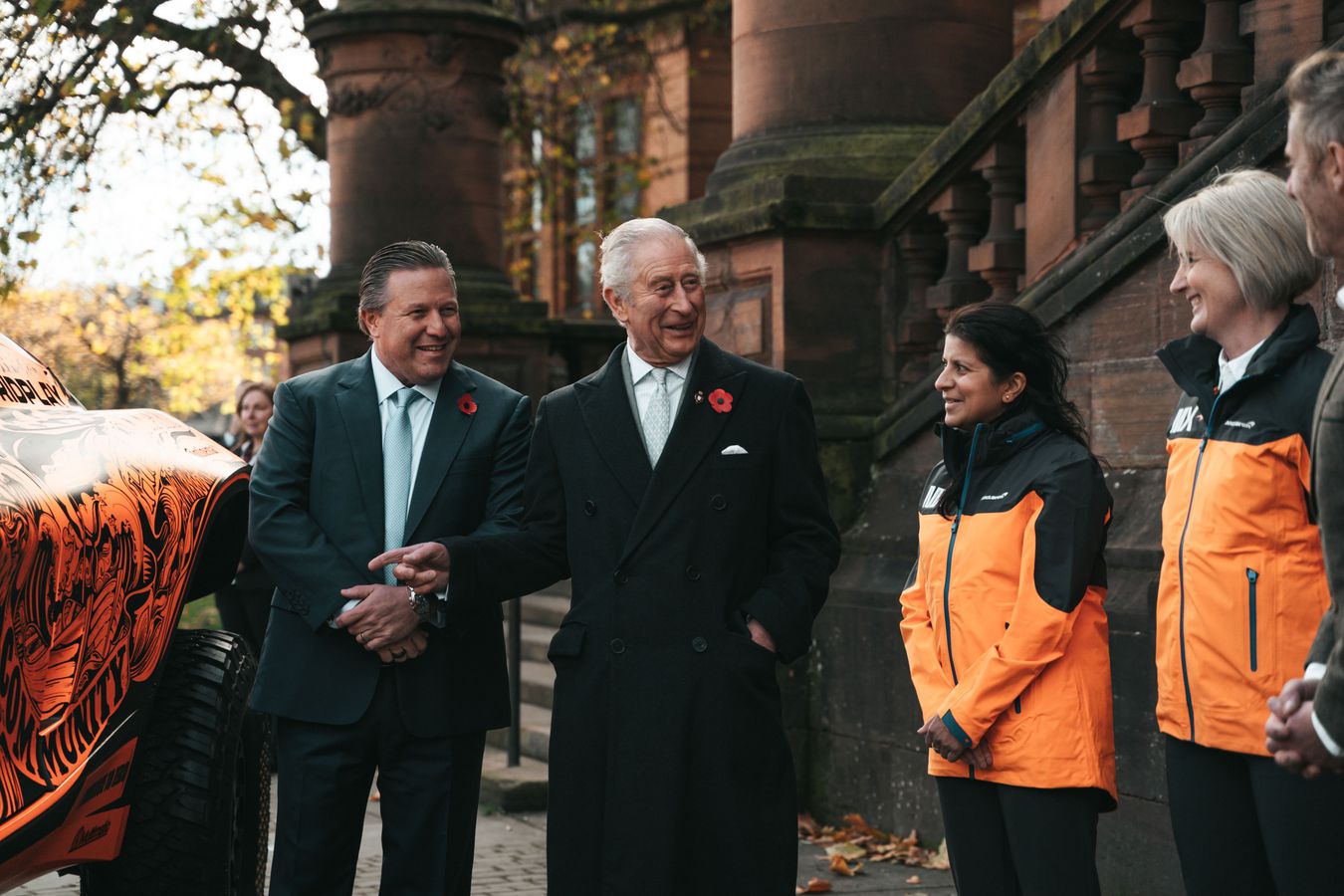 “I’m incredibly honoured to be McLaren Racing’s first female driver. Growing up in New Zealand, Bruce McLaren and McLaren Racing are seen as the pinnacles of motorsport. To be competing in Extreme E next year with McLaren is a special opportunity. The series is a fantastic platform that represents equality and addresses the key issues affecting our planet and society. I’m looking to draw on my previous experience in Extreme E alongside all my skills across rally, rallycross and cross-country rallying, that make me well-suited to the sport, to make a positive impact and inspire the next generation of female drivers and engineers. I can’t wait to get started with the team.”

“I am delighted to celebrate the next step in this very exciting new journey for McLaren Racing as they welcome the highly talented Emma Gilmour to their Extreme E driver line-up, and reveal a unique livery designed around important sustainability messages.

“Extreme E is a sport dedicated to using its platform to inspire and excite motorsport fans about sustainability and solutions, so I feel especially proud to see the team choosing to take shape here in Glasgow at the COP 26 UN Climate Change Conference, with the support of his Royal Highness, The Prince of Wales. It’s certainly a very positive sign of the direction the McLaren team is committing to and I wish the whole team great success.”

Shivani Rudra, Count Us In, said:

“I am delighted McLaren Racing has joined with Count Us In to inspire its millions of fans to take action on climate change. By McLaren, Extreme E and Count Us in working together we can make an even bigger difference on climate change and add up to something much bigger.”

Tanner is world-renowned as a versatile, multi-talented driver famous for his supreme car control