Caught your breath yet?

Good, because, after nine races in 11 weeks, Formula 1 is back in action this weekend at the spectacular Sochi Autodrom for the Russian Grand Prix. With its unique blend of 90-degree corners and curved straights that will take drivers on a tantalising tour of Sochi’s stunning Olympic Park, the circuit is probably the closest any of us will get to the Olympics this year – unless of course you’re Tom Stallard, Carlos’ race engineer, who can whip out a silver medal from the 2008 Summer Games…

And while Lando probably couldn’t give Michael Phelps a run for his money in the pool without the help of some strategically placed wave machines, and Carlos is still some way off perfecting his take on the Fosbury Flop, when it comes to going fast on four wheels they’re both more than ready to carry the torch and light up the streets of Sochi.

You can hear from them both in this latest race preview and learn how we’ve been preparing for this weekend back at the MTC with insight from McLaren F1 Production Director Piers Thynne. We’ve also got details of yet another epic competition that’s guaranteed to brighten up your day and a McLaren Store offer that will tee you up perfectly for the rest of the season.

“The third triple-header of the season gave us some high and low moments. The great result at Monza was an important boost for the entire team, but what happened at Mugello is something I hope we never see again in a race. As I said before, the most important thing is that everyone left unharmed, but I’m sure we will discuss it all together again in Russia to understand what happened and agree on how we can avoid it in the future. Nine races in 11 weekends was super tough for the whole crew, so it’s been good to have some time to reset, properly analyse the last races and recharge batteries.

“I look forward to the Russian GP. I finished P6 there last season and scored some good points, but that was a year ago and now we face new challenges and still an extremely tight fight to get into the points. We obviously want to stay ahead of the competition, maximise all opportunities and bring home a good result. Let’s go for it!”

“We head to the Russian Grand Prix next, for the first flyaway of the season. The schedule is looking a bit more ‘normal’ for the next few races after three triple-headers. Having time to recharge after nine races in 11 weeks was needed but I’m ready to go again. We know we’ve got our work cut out for us with the midfield competition being so close, but hopefully we can hit the ground running right from FP1 on Friday.

“The track in Sochi has its own challenges with a mixture of technical 90-degree corners and high-speed straights, not to mention the 180-degree left-hander that is Turn Three. Following on from Mugello, it’ll be great to have fans back in the grandstands again in Russia to cheer us on. Of course, the priority is to ensure they enjoy the race safely, and we want to put on the best show we can for them.”

“Preparing to head to Russia for the first flyaway of the season brings its own set of different challenges in comparison to the previous triple-headers due to freight and logistically challenging timelines. Over the course of the first three triple-headers the production team back at the MTC have done a tremendous job in ensuring we had all the required parts we needed in such a short space of time.

“It was unfortunate that Carlos was involved in a crash at the Tuscan Grand Prix, but I’m glad nobody was harmed. From a production standpoint, we lost significant parts over the weekend at Mugello which need backfilling and preparing ahead of the flyaway to Sochi. The entire factory in all areas and on all shifts are continuing to rise to the challenge to work as one unified team to push parts and developments out to the team at track, to ensure we have every opportunity to consolidate and improve.

“Even though we are past the halfway point of the season, we still have to focus on the task at hand and continue to work hard. The balance of resources between car upgrades, spare parts and next year’s car continues to be an exciting challenge in this compact season. We’ll be deploying some new updates in future races with the aim to improve the car.”

Having only joined the F1 calendar in 2014, the Russian Grand Prix is still relatively new. The winner of the race has always started on the front row, except in 2017. Lando raced here during his 2018 F2 campaign and even squeezed in a free practice session behind the wheel of the MCL33 on the same weekend. He followed up with a solid points finish in the race last year, while Carlos also put in a strong performance to finish sixth – his best result to date at Sochi.

“Like Monza and Mugello, Sochi is a power-sensitive circuit – but it’s actually very different to both those tracks,” according to Head of Strategy and Sporting Randy Singh. It’s easier to overtake at Sochi, the circuit is generally quite open and flat so the wind can be quite a big factor, and tyre degradation tends to be lower.

A word of caution on the latter though: “The tyre allocation is one step softer this year compared to last year so that might make tyre choices for qualifying and the race fairly interesting – it’s something we’ll make a judgement on based on free practice,” explains Randy. 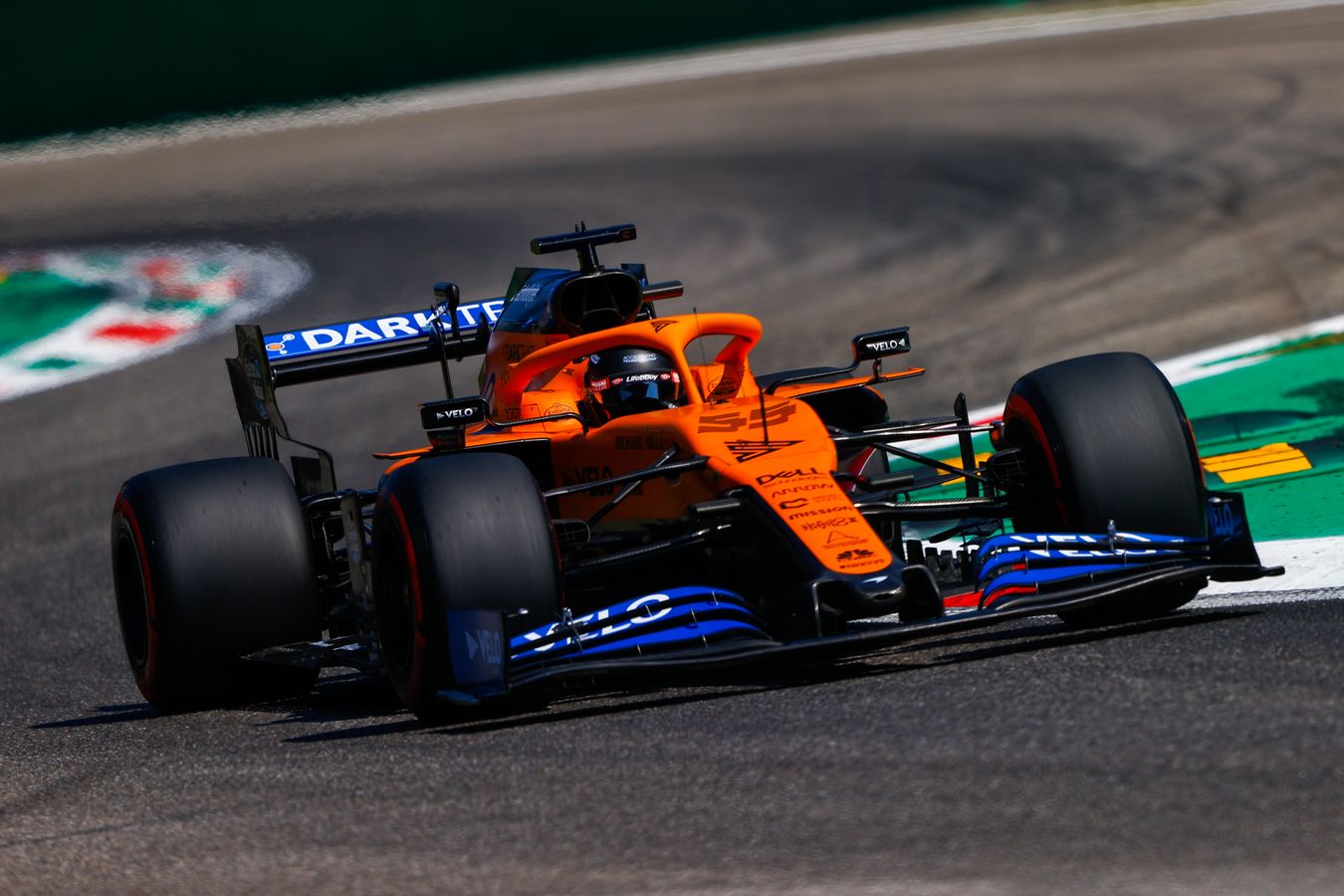 And don’t expect to see lots of pit-stops. With a 60 km/h pitlane speed limit – it’s 80 km/h at most circuits – the time lost when making a stop is higher. “Because the tyres tend to behave better here, and the pit-loss is on the higher side, you tend to get one-stop races rather that multiple stops,” adds Randy.

Now, at this time of year, you frequently hear the words ‘Indian summer’ uttered by Brits in the futile hope that the sun will come on strong in the autumn months and make amends for the damp squib that is so often July and August. Well, this year is the year folks. It’s finally going to happen. So, we couldn’t resist extending our McLaren Store discount, which means you will get 20% off all Essentials T-Shirts when purchased with the #WeRaceAsOne charity tee.

It’s competition time! But first, we need you to channel your inner Freddie Mercury and sing with us at the top of your lungs:

That’s right, we’re running a competition that McLaren Plus members really can’t miss: we’re giving away a load of items from the sought-after Lando Norris Neon collection. The cap, beanie, t-shirts and hoodie are all up for grabs. Oh, and they’re all signed by Lando himself!

Just complete this form in less time than it takes Carlos to sing ‘Bohemian Rhapsody’ to be in with a chance.

What's in the box box box?