Zak Brown reveals his thoughts on the 2019 Formula 1 season, the vital changes that led the team's progression, and heading into our exciting full-time return to IndyCar with Arrow McLaren SP.

Finishing fourth in the world championship, our best season since 2012, is a real credit to the team. It’s a great result; it’s obviously what we’d hoped for but coming off the tough time we’ve had, it kind of seemed hard to think that we might actually finish there – and here we are.

It’s credit to our drivers, all our men and women at the track and the factory, our sponsor partners and, of course, our fans. We’ve always felt a tremendous amount of support, so I think all that energy carried us forward.

What do you attribute the team’s progress to last year?

We had a lot of changes coming into 2019. First and foremost, two brand new drivers, neither of whom have a world championship on their CV. They’ve just done an outstanding job. They’ve driven like future world champions.

Carlos has come in, fifth year in the sport, and has really performed. He’s fast; he’s great to work with; he’s a strong racer. And then Lando, the youngest-ever British driver. He’s shown tremendous maturity. We knew he was fast but he’s raced like a mature, experienced, Formula 1 driver. And then, of course, when you put the two of them together, they’re quite magic in the garage and on the track. They feel all the great support from the fans. We’re looking forward to racing with them for many more years.

Lando and Carlos get on great. What you see is what you get. That is them. They’re a treat in the factory. They’re very competitive with each other on the track and off the track. It’s such a great environment in the garage and we’re having fun going racing again. 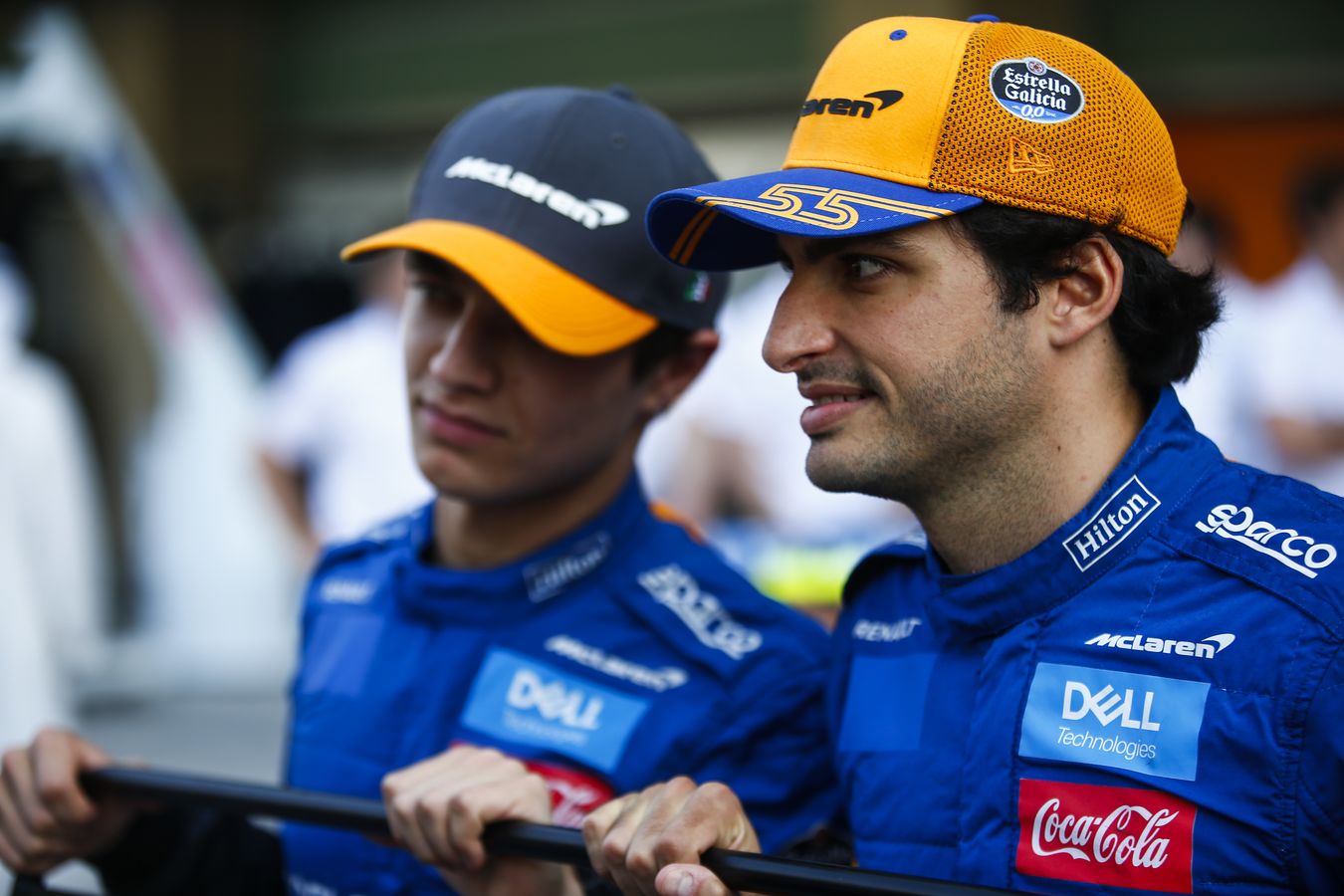 It felt like a long year but in reality, it’s been a very short window since we started making changes with our racing team in 2018. Starting with the technical side, we signed James Key early on. We’re very excited to have him as our technical director and he and his team have been working hard to put together our 2020 race car. Andrea Stella has stepped up, he’s leading the team at race weekends, and then, of course, Andreas Seidl, our new team principal, has just done an outstanding job, bringing a tremendous amount of leadership to our racing team.

With any great racing team, there’s a lot more than what you see on the track that goes into making it successful. Mark Waller, our managing director of sales and marketing has done an outstanding job leading our marketing team. You’re seeing fantastic partners such as Coca-Cola, BAT and Dell Technologies joining this great racing team and it’s thanks to our on-track performance and our off-track performance.

Laura Bowden, who’s our finance director, has done a fantastic job with her team, making sure that we’re spending money in the right areas to go as fast as possible and have lots of opportunities to engage with you, our great fans.

Last year Daniel Gallo joined us as our director of people and culture. While racing teams produce technology, at the end of the day it’s our people that are producing that. So, to have a very motivated workforce, people that love showing up to the MTC – as I do – is critically important.

It’s that collective team I think we need to applaud. It’s a pleasure to work with everyone at McLaren.

What does the future of McLaren F1 look like in the next couple of years?

So, a lot’s going to be happening in 2020 and 2021. Let me start with 2020. The rules don’t change a lot, so our goal has to be to continue to incrementally improve. Keep our head down. We’ve still got a lot to work on. We started last season more than 1.5 seconds off pole in and towards the end of the year it was as low as eight-tenths. That’s still a big gap we need to close.

Tell us about McLaren’s IndyCar entry in 2020. 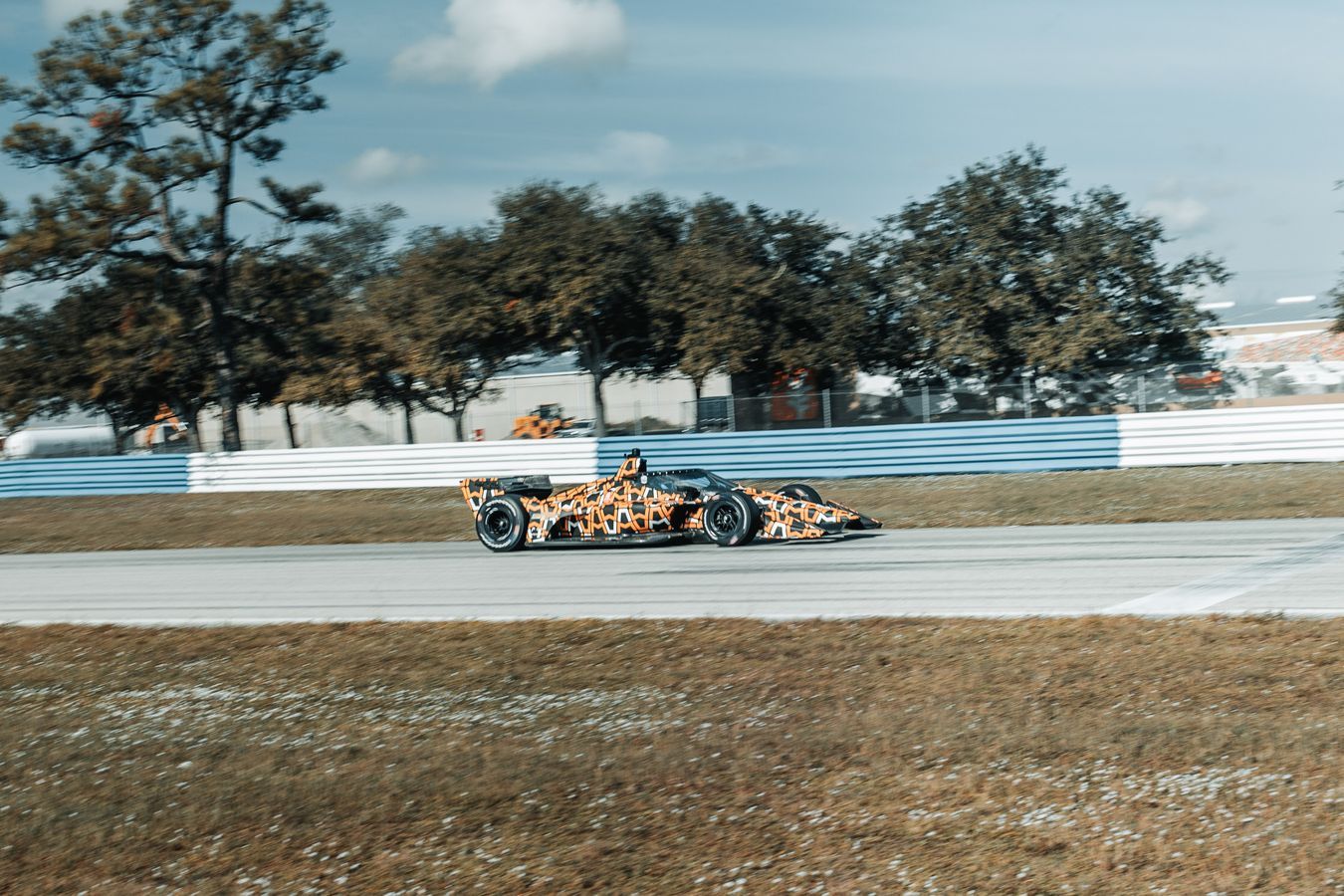 Much like in Formula 1, we’ve got a very exciting, pretty young driver line-up in IndyCar. Actually, the youngest driver line-up in the series. Pato O’Ward, the 2018 Indy Lights Champion, has been super-exciting. He’s definitely a go-getter. I watched him race at Long Beach last year and followed his career. And Oliver Askew, an American and the 2019 Indy Lights Champion, is extremely quick, so I think the combination of two young drivers shows that the Indy Lights system works, and drivers can progress. I like that we’re giving two young drivers an opportunity. For sure they’re going to be very exciting, very fast in our Arrow McLaren SP.

The purchase of the IndyCar series and the Indianapolis Motor Speedway by Roger Penske is huge for IndyCar’s future. Roger Penske, where do I start? He’s my hero in motor racing. I’ve got many heroes in motor racing but if I look at Roger Penske, here’s someone who started racing himself, built a great business off of motor racing. He’s used motor racing to build that business and has used that business to build his motor racing empire. He’s the winningest and most celebrated IndyCar owner of all time by quite some way and I think he’s going to invest in the sport. He has a true passion and love for the sport and everything Roger touches turns to gold. So, I can’t imagine, or can’t think of a better owner and custodian of IndyCar and the Indianapolis Motor Speedway.

So, I think our timing for entering the series is perfect – even though we didn’t know that was happening at the time!

What message do you have for our fans as we enter the New Year?

So, in summary, first I’d like to thank all the men and women at McLaren. It’s a privilege to work with them, work for them. It’s a great racing team. I want to pay tribute to our loyal partners, because of course we couldn’t go racing without them, but ultimately our wonderful fans. Because that’s why we’re all here. This is a sport and sport is entertainment. Without you, millions of great fans, we wouldn’t have the partners we have, we wouldn’t have race cars to build. So we thank you, our fans, for your support through the thick and thin. It’s been a tough last few years and you’ve just been absolutely outstanding. I’m one of you, I’m a McLaren fan, so thank you very much for all of your great support.

Partnering with Arrow Schmidt Peterson Motorsports and Chevrolet from 2020