Five reasons why we love the month of May

Unrivalled history, iconic circuits and non-stop racing, May is the month of McLaren

Five reasons why we love the month of May

Unrivalled history, iconic circuits and non-stop racing, May is the month of McLaren

The festive season is in full swing at McLaren. No, not December - May. With six races, including the Indy 500 and the Monaco Grand Prix, May is equivalent to December here at McLaren HQ.

We’ve decorated the MTC with our favourite cars, put the holiday playlist on repeat and restocked the fridge with milk and cookies.

There are six races, but an endless list of reasons why we love May. Somehow, we’ve managed to whittle it down to just five, and after a lot of crossing out, here’s what we were left with…

It’s a great opportunity to get into F1 and IndyCar

The Monaco Grand Prix and Indy 500 always attract casual viewers and complete beginners, so the commentators are well versed in introductions to the sport and will make it as easy as possible to follow along.

Ultimately, there is no better way to get to grips with the two series than by watching them, and May provides plenty of opportunities for that.

With six races, May is a great chance for fans to get into F1 and IndyCar 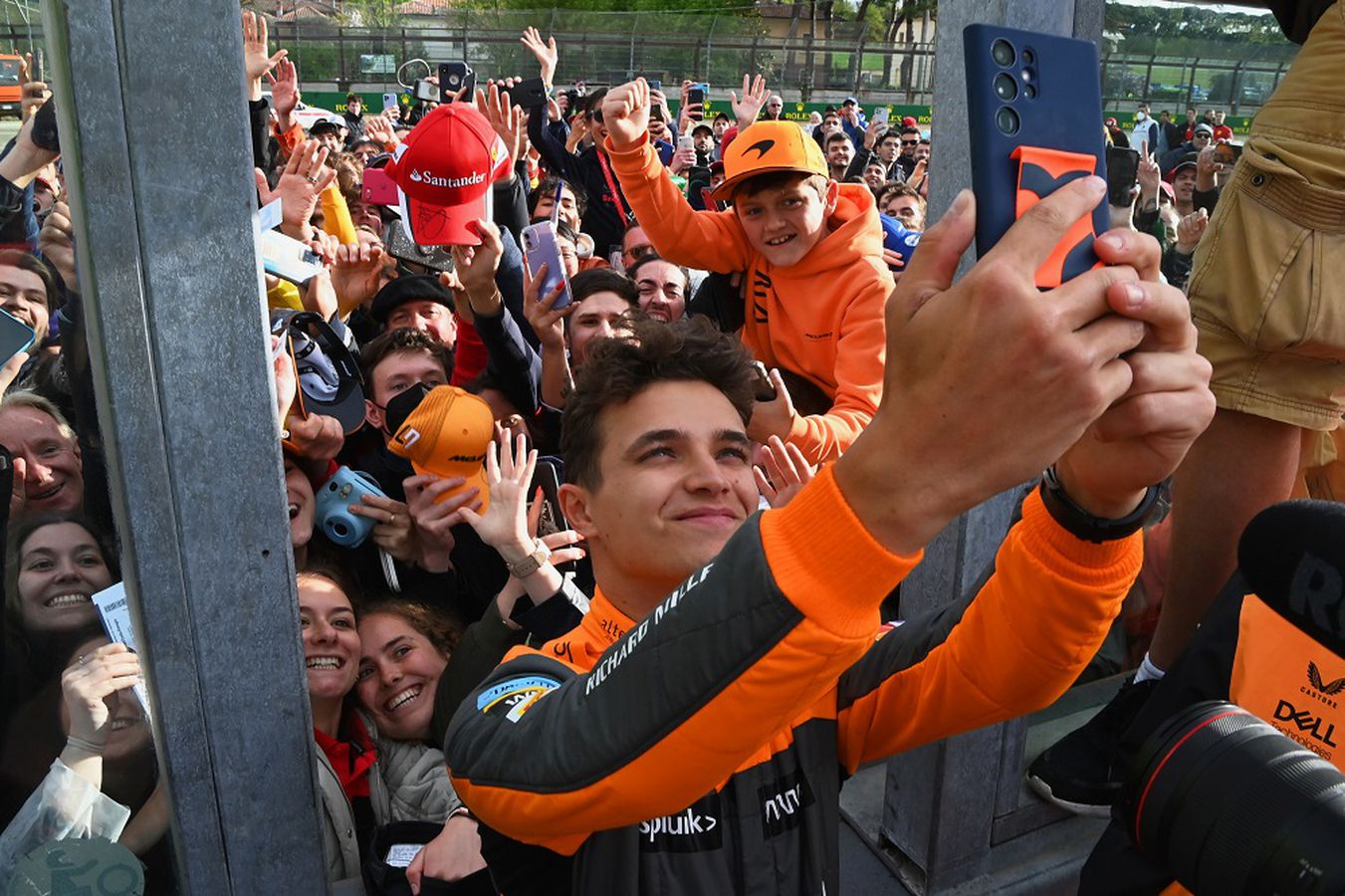 With six races, May is a great chance for fans to get into F1 and IndyCar

We go way back. Our history at Monaco is unrivalled, which feels appropriate given it was the location of Bruce McLaren’s debut for the team in 1966. Since then, we’ve gone on to win 15 times – five more than any other team. That run was begun by Alain Prost in 1984, with the Frenchman marshalling some wretched wet weather conditions.

The list of names to have won in the principality for McLaren is a who’s who of McLaren greats. With five victories for McLaren, Ayrton Senna’s our most successful driver at the event. He’s also responsible for one of the most iconic races at the track, beating Nigel Mansell against the odds from third in 1992.

Entry requirements for Monaco’s winners’ club are the strictest on the calendar, but Mika Häkkinen, David Coulthard, Kimi Räikkönen, Fernando Alonso and Lewis Hamilton all have a lifetime pass. 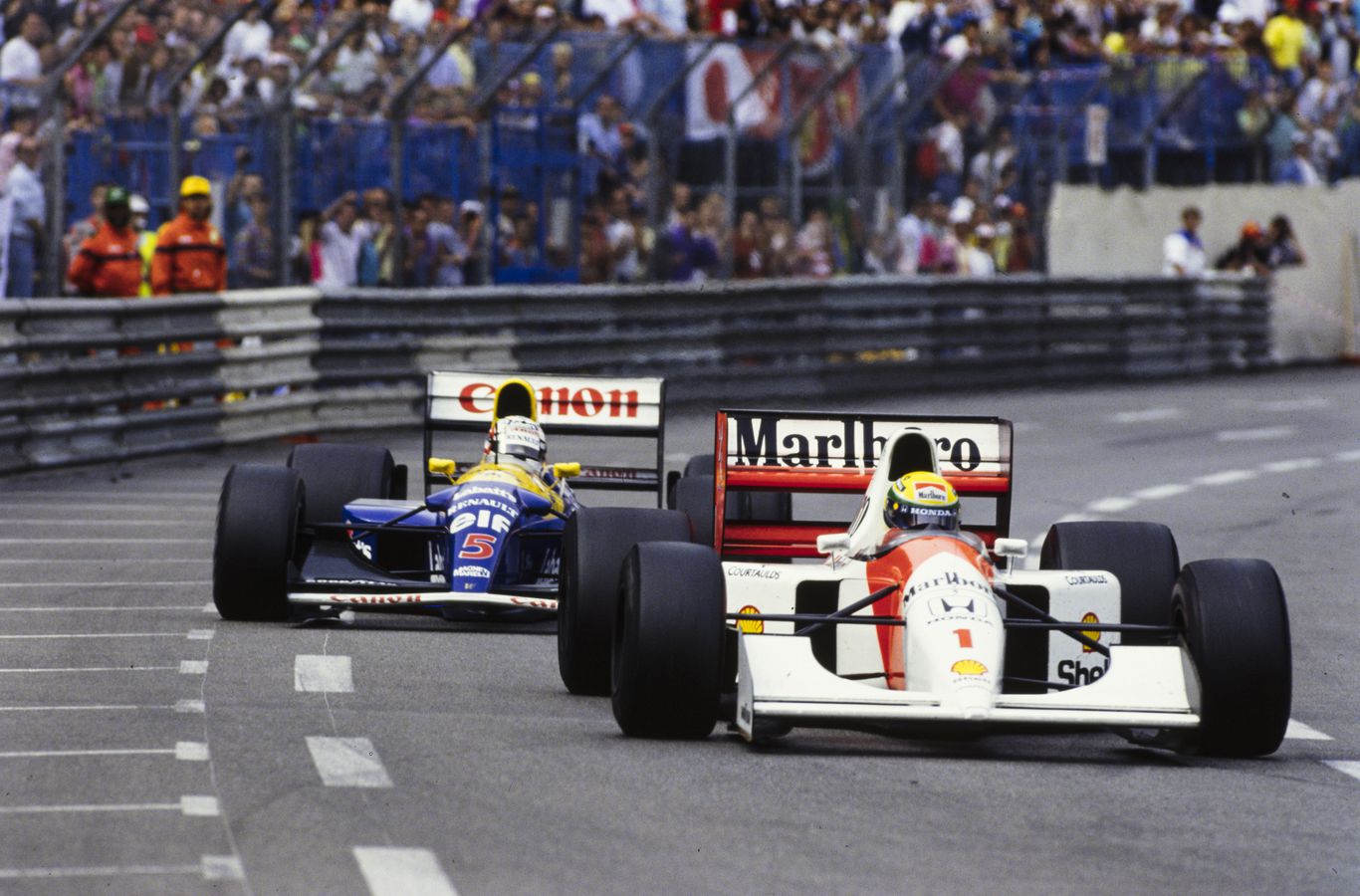 We may not have had quite as many victories in the Spanish Grand Prix, but we’ve still got a healthy highlights reel with eight wins overall, including a three-year spell between 1998 and 2000 where Häkkinen and Coulthard finished first and second. Our most recent victory at the track came in 2005, when Räikkönen won from pole.

Despite not competing in the Indy 500 between 1979 and 2017, we’ve enjoyed our fair share of success. It was 50 years ago that we clinched our maiden Indy 500 victory when Team Penske won in a McLaren in 1972. Our first win as a factory team came two years later in 1974 through the legendary Johnny Rutherford – a feat he repeated two years later in 1976.

After a 38-year hiatus, we made our Indy 500 comeback with Andretti in 2017, and Alonso led for 27 laps before retiring due to an expired engine. Pato O’Ward has been responsible for most of our more recent success, winning the Rookie of the Year award on his debut in 2020, with a sixth-place finish, before bettering that by two spots on his second outing, taking P4 in 2021.

May is absolutely jam-packed with action. We’re only two weeks in, and we’ve already completed three races, with another three to come.

After qualifying second on the final day of April, O’Ward got the festivities underway on the opening day of the month, taking P1 in the Indy Grand Prix of Alabama for our first victory of the year. 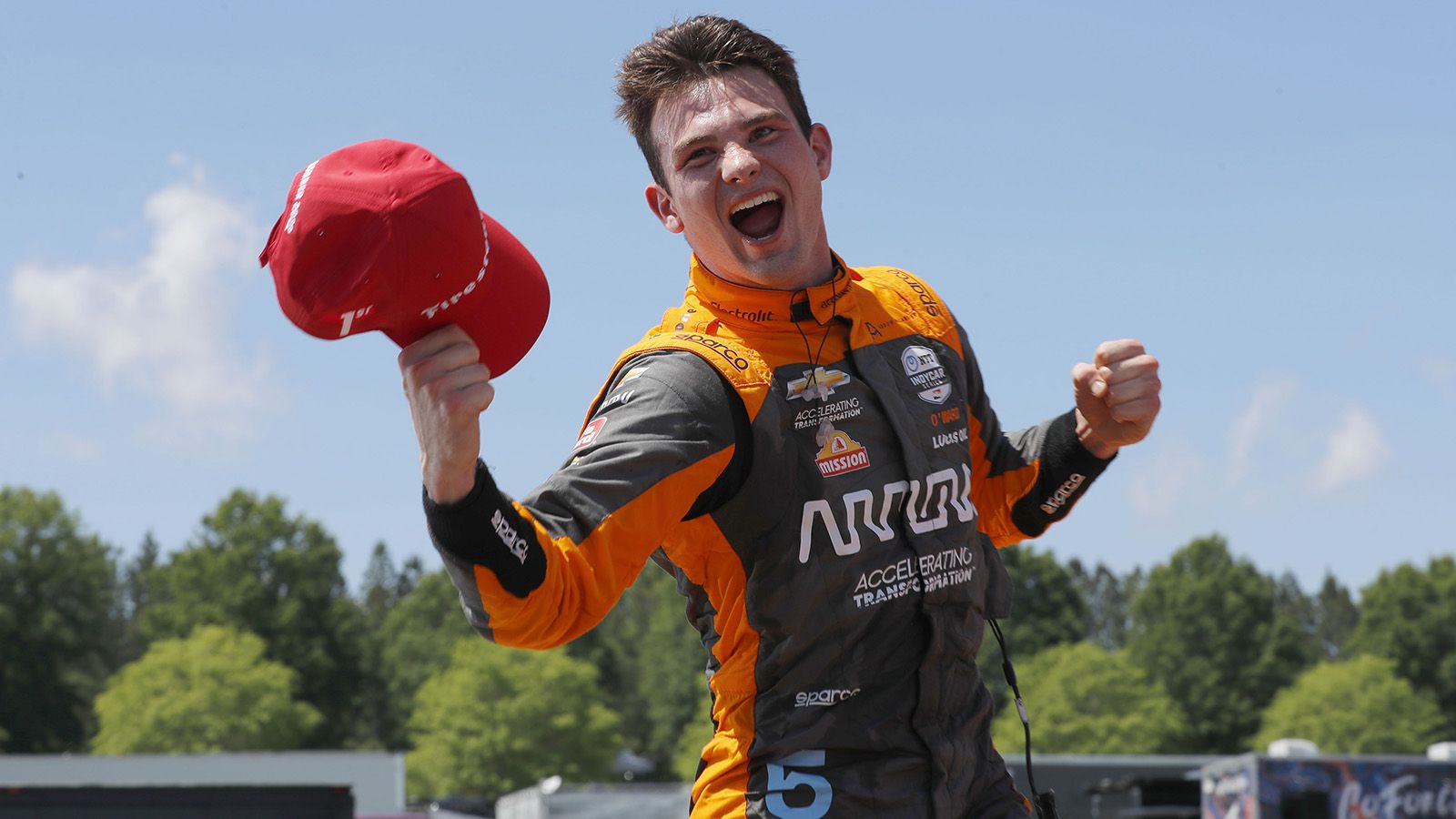 The first F1 offering of the month may not have played to our strengths on track, but that’s not to say the Miami Grand Prix was without positives – Lando was on for a points finish until his race-ending collision with Pierre Gasly, while Daniel made it up to P11 before a penalty kicked him down to P13.

And with three races to go, there’s still a whole lot of racing to play out, starting with this weekend’s Spanish Grand Prix, a track that appeared to suit our style at pre-season testing earlier in the year.

When we say non-stop racing, we mean it. Indy action resumed last weekend with the GMR Grand Prix at the Indianapolis Motor Speedway (IMS) and just two days after its conclusion, was already back underway. Practice for the blockbuster two-week-long Indy 500 began on Tuesday and continues throughout the week. Then it all gets serious on Saturday, 21 May when the shoot-out for pole begins.

The biggest weekend of the racing calendar follows that, with the Monaco Grand Prix and the Indy 500 taking place on one mega day of racing, Sunday, 29 May.

Where to start? Monaco is arguably the most iconic circuit on the planet, largely because it looks phenomenal. The principality is a stunning location with its glistening yacht-filled harbour, located along the Mediterranean.

Set around the tight and winding streets of Monte Carlo, the city-state provides a lavish background of grand casinos, designer malls, glamourous bars and beautiful beaches.

Often lamented for its lack of overtaking opportunities, Monaco makes up for that by being the ultimate test of a driver’s capabilities and confidence, requiring absolute precision and complete commitment.

The Circuit de Monaco is iconic 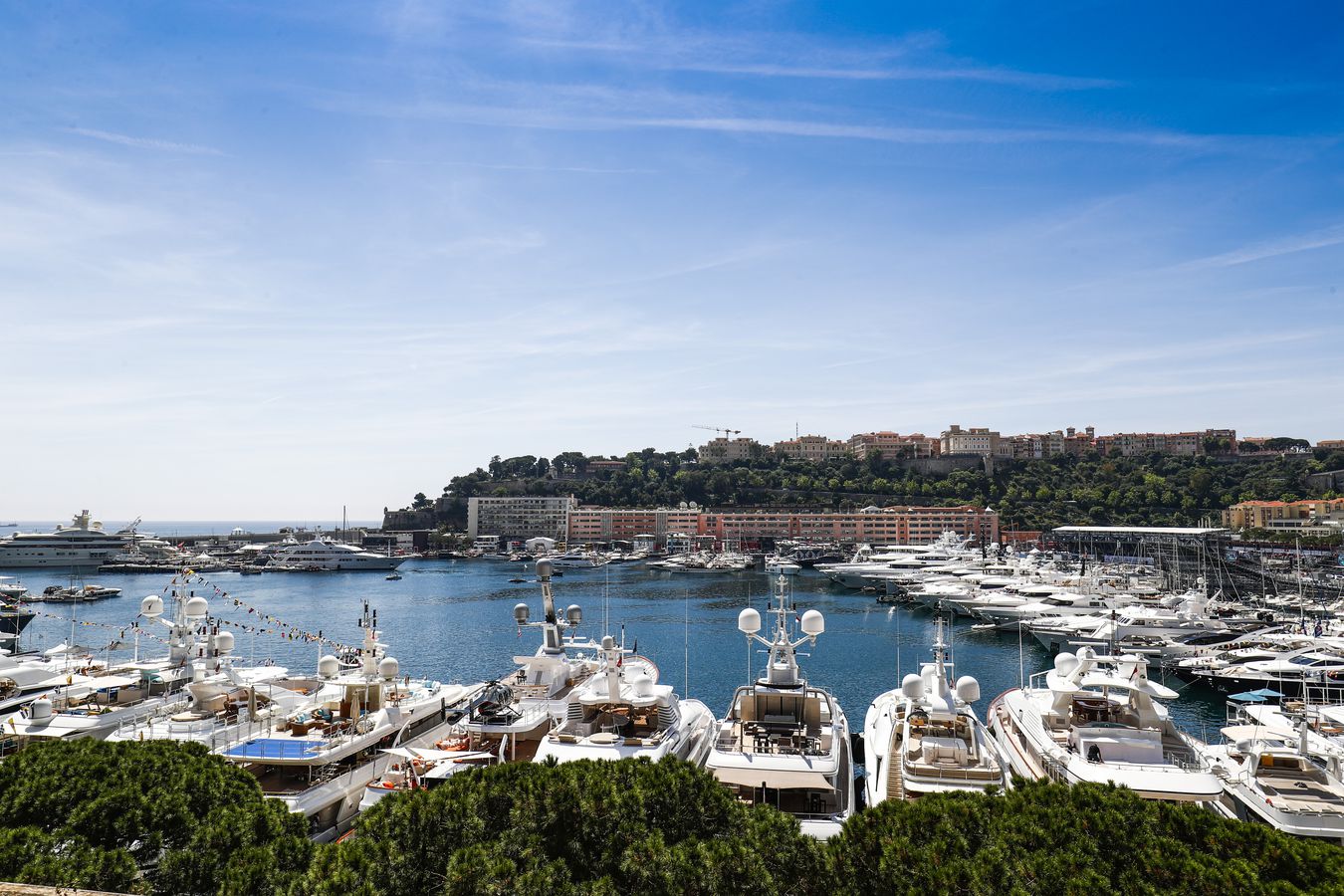 The Circuit de Monaco is iconic

When we say that Monaco is 'arguably' the most iconic circuit on the planet, the IMS is one of the few tracks that could argue that. It’s steeped in history and tradition, and year on year, it produces races that add to that.

The track was constructed in 1909 and has been known as the pinnacle of racing ever since. Renowned for close combat, the IMS is a 2.5-mile-long oval made up of four corners banked at nine degrees. Characteristically, it’s akin to a road course, but without the chance to catch your breath.

The Spanish Grand Prix may not quite rival either of those, but it’s still a pretty awesome venue in its own right. Regularly used for testing due to its diversity, the track features a mixture of high-speed and low-speed corners, a 1050m straight and plenty of elevation changes along the way.

It’s also one of the best for spectators, with excellent views of multiple corners. Not to mention its tendency for great weather and the fact it’s set just outside of Barcelona.

For celeb-spotters around the globe, the Monaco Grand Prix has always been the place to be. The history of the event, combined with the luxury and the glamour of the principality, attracts the rich and famous, from Serena Williams and Cristiano Ronaldo to Justin Bieber and Bella and Gigi Hadid. 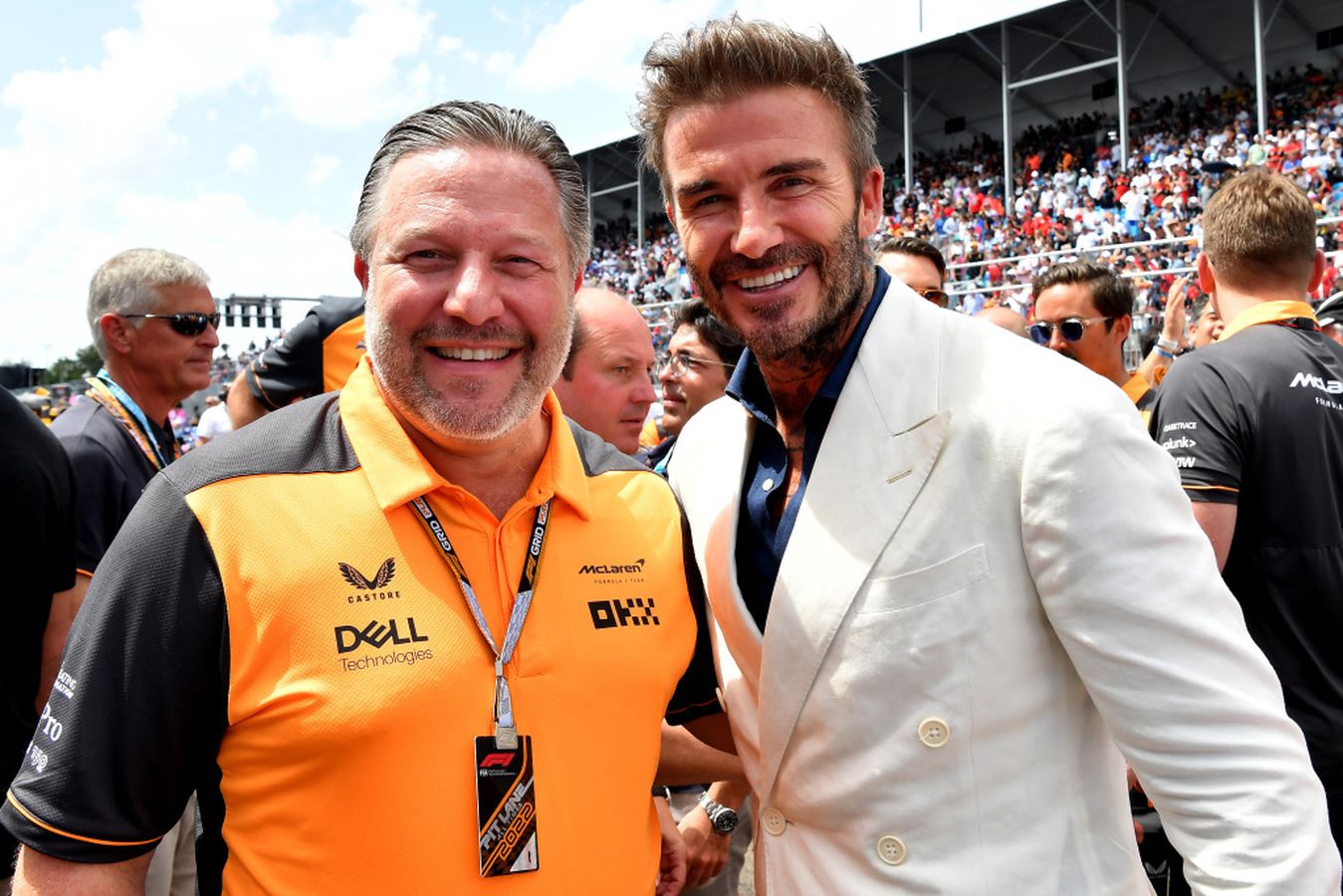 This year’s inaugural Miami GP managed to rival that like few races in F1 history. The list of stars was huge, with James Cordon, DJ Khaled, David Beckman, Kygo, Daniel Mac, Francis Bourgeois and Paris Hilton all spotted with our own celebrity duo during one glitzy weekend of racing.

The Indy 500 has a pretty impressive guest list of its own, too, with some elite A-listers seen at the event in the past, including David Letterman, Morgan Freeman, Mark Wahlberg and Kim Kardashian.

Wherever you’re following the action, don’t forget to keep up with our social media channels, mclaren.com and the McLaren App. And if you want to get even closer to the action, you can become a McLaren Plus member for free and be a part of the most inclusive, rewarding and accessible fan programme anywhere in motorsport.