When we sent Lando and his team off with the task of putting together a typically British range for his upcoming home grand prix at Silverstone, we half expected them to come back with a Union Jack suit, plenty of tweed, and maybe a top hat.

Thankfully, Lando's a lot more forward-thinking than us and has returned without an ounce of tweed in sight. It's not that we aren't fans of the classic Mr Bean-chic, we just don't think it's right for you beautiful lot.

Like Lando's Glitch range from last season, this is a much more modern interpretation of British culture. So, without further ado, here's what he and his team came up with…

There's a real juxtaposition going on with this year's designs. The off-white - or sweetcorn, as it is officially termed, which actually feels much more quintessentially British - has a real minimalist vibe to it.

With Lando, we've come to expect the unexpected, so the lively neon design on the underside of the peak came as a surprise to no one here at McLaren HQ. It's not the first time Lando's pulled a bold move out of nowhere and seen it come off.

The 9Fifty pre curve comes complete with LN4 branding on the side and a white, neon-tipped McLaren speedmark on the front. 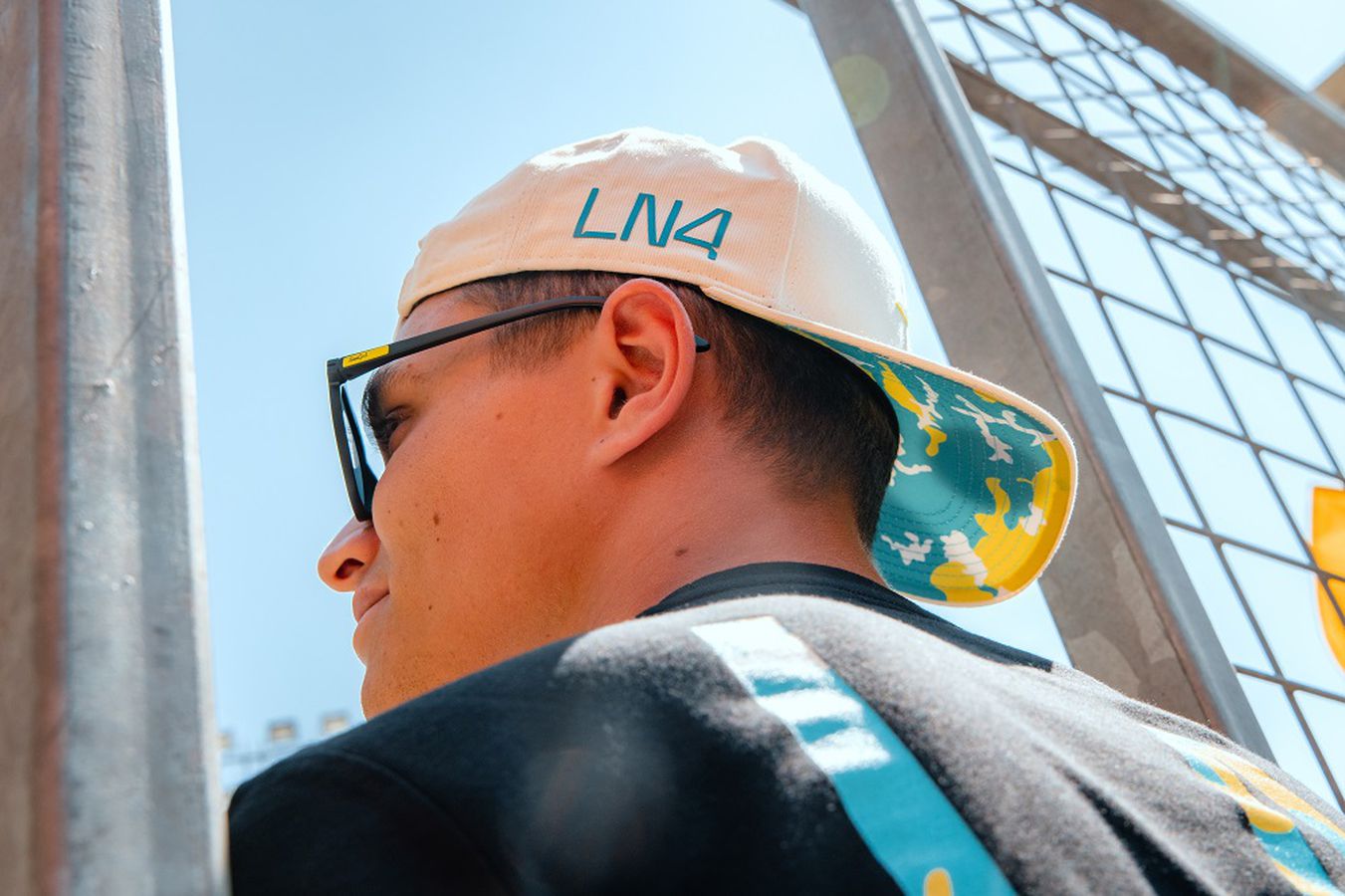 Come on, this is the United Kingdom, so you'll never not need a hoodie, will you?

As much as we're all hoping for sunny Silverstone, there's every chance it could turn out to be a chillier affair. Be prepared for every eventuality with one of three new designs, each cosier and more colourful than the next.

Don't be fooled by the initially understated-looking black and off-white designs. Featuring a subtle McLaren logo on the front and a rustic Union Jack on the sleeve, the neon LN04 back print on this does all of the standing-out you'll need.

Still too subtle? Lando's got you covered with a bright aqua blue design, featuring the same subtle McLaren and Union Jack touches, with a neon LN04 print on the rear.

And don't worry, we've checked, and there aren't any elbow patches. 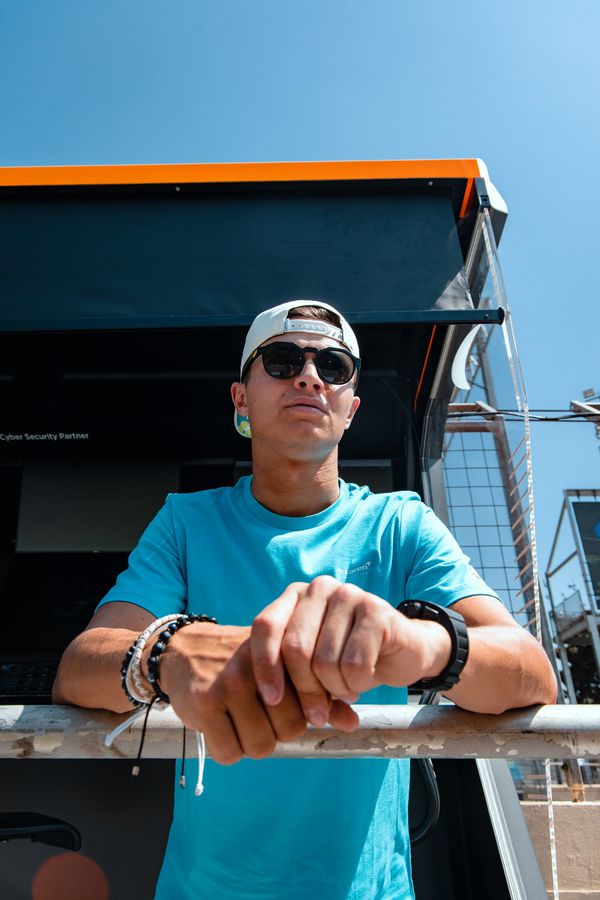 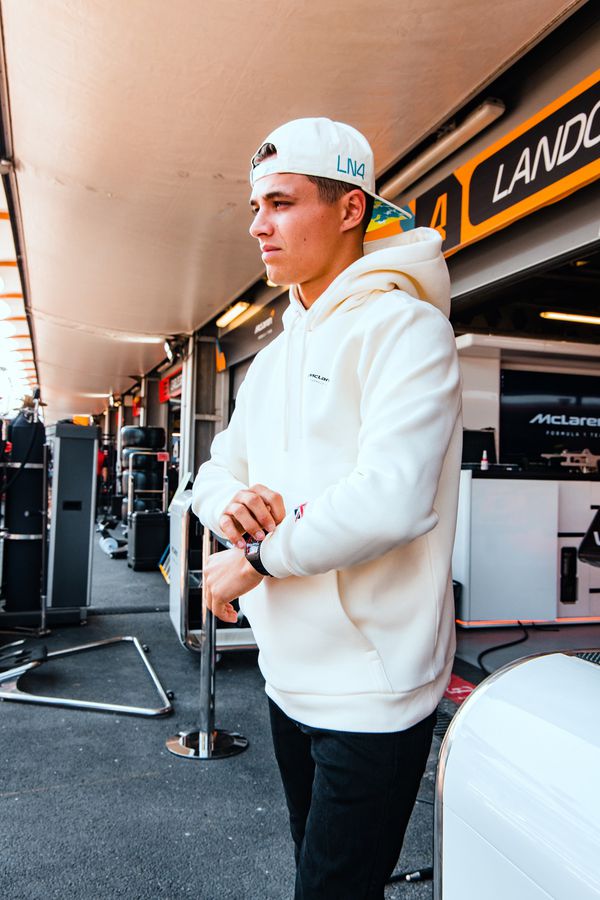 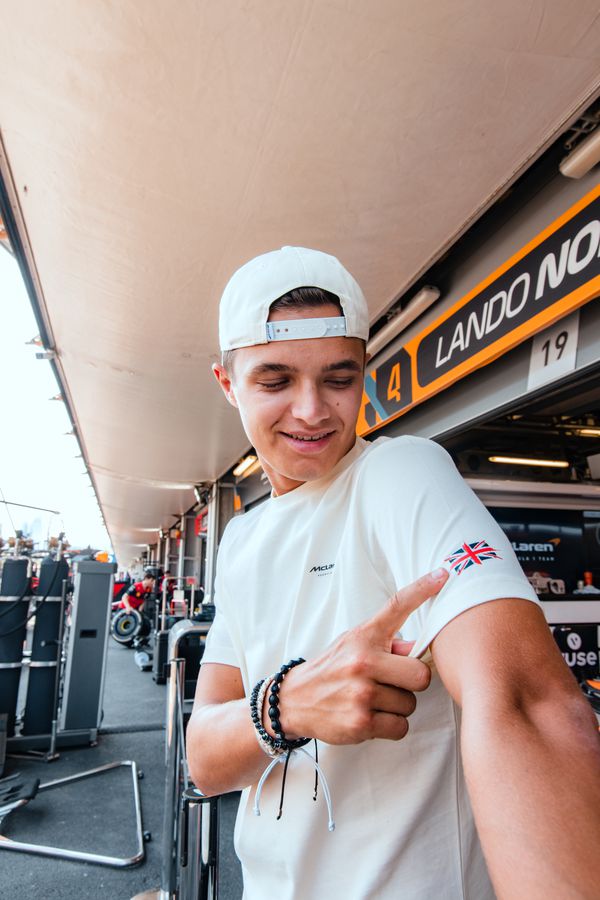 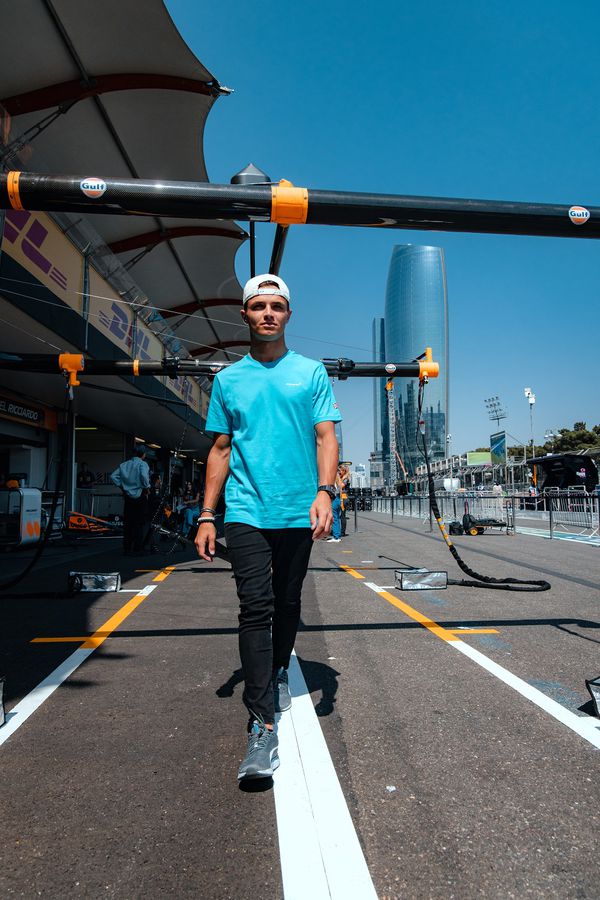 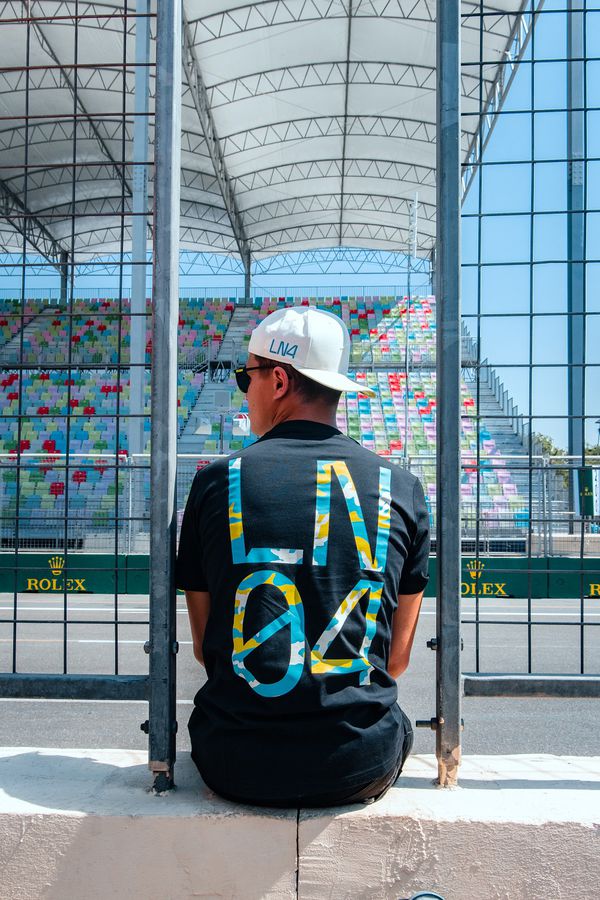 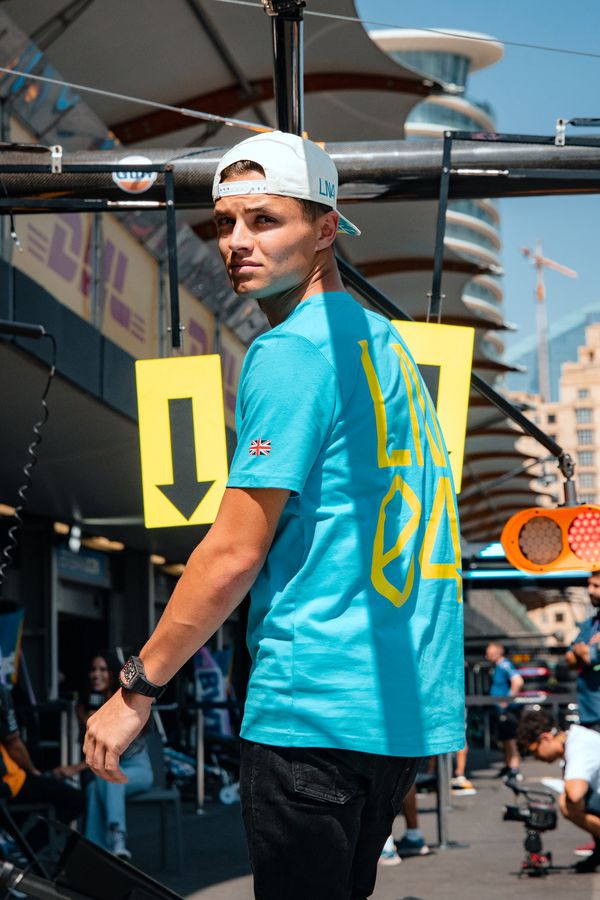 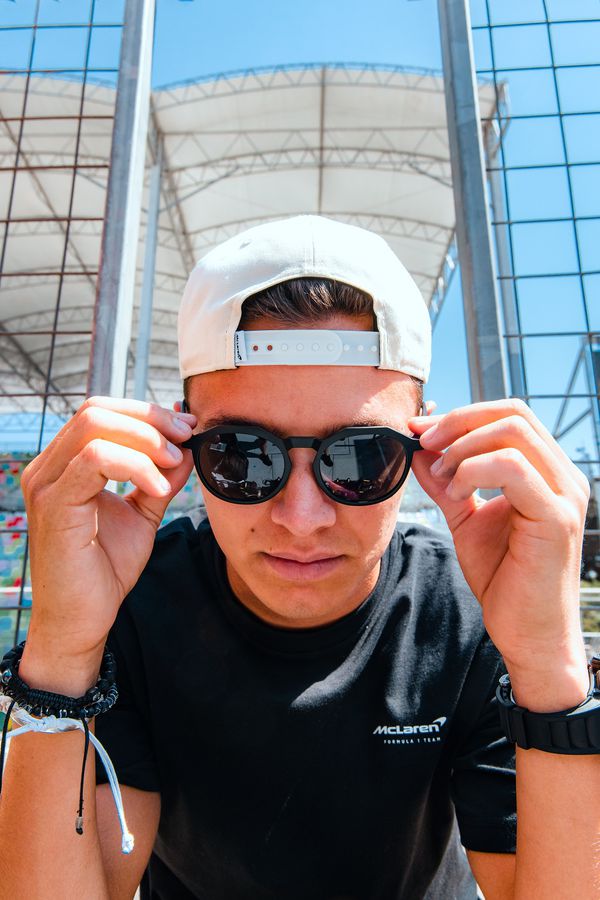 You heard it here first: Lando's neon is the 21st century equivalent to tweed.

Bright, bold and able to elevate any style, the pattern packs a punch, just like Andrea Stella's extra-strong morning coffee.

Dropping in the same three styles and colours as the hoodie, they're also great for anyone struggling to decide which colour to purchase. 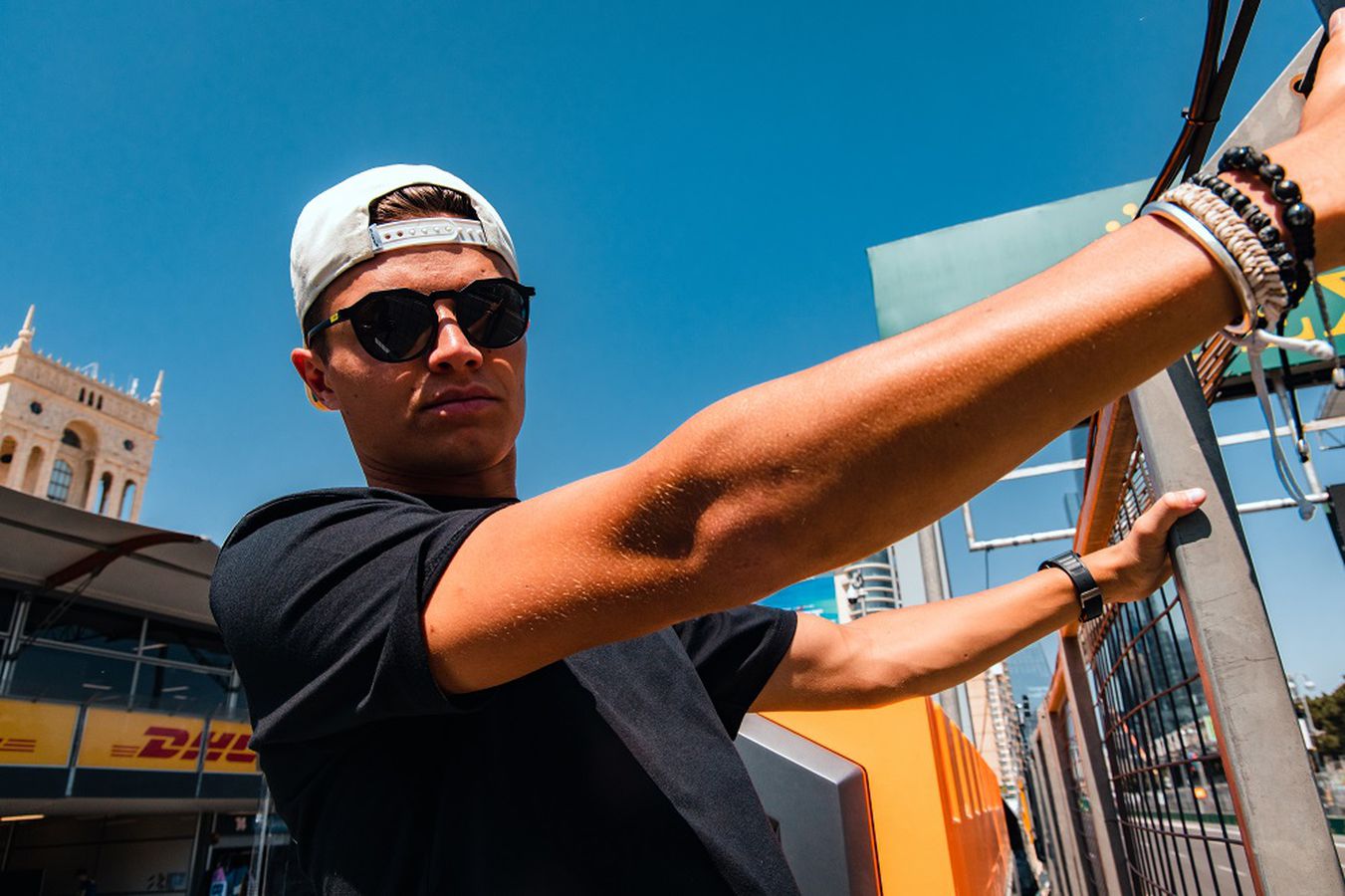 No look would be complete without a pair of SunGod's eyewear and Lando has just the trick.

Designed with a hint of Lando, the new Lando Norris Zephyrs feature an all-new shape and design with an angular frame and near-flat lenses – perfect for watching Lando go flat-out in the sunshine.

Disclaimer: Wearing SunGod's new eyewear doesn't guarantee sunshine in England – they can work their magic on any look, but they can't work miracles.

Get yourselves to the McLaren Store now to explore Lando's new range. Enjoy a 10% discount on all orders if you’re a McLaren Plus member. Not already a member? Just complete the form below.

The Canadian Grand Prix according to social media