"It kind of feels like what you see at a concert, although I don't sing, so I'm just standing there, not knowing what to say, but everyone is there to support you, which is pretty awesome."

As one of three British drivers in the field, Lando Norris will once again get to take centre stage at his home grand prix at Silverstone this weekend. Although he still can't sing, so instead, we've asked him to reel off a selection of his favourite moments at Silverstone.

From watching his very first race to wandering through the paddock amongst his peers and celebrities alike as a fully-fledged Formula 1 driver, and all of the junior races in between, Lando's got quite the history at the Northamptonshire-based circuit.

Seeing it for the first time

You never forget your first. Whether on TV or at Silverstone in person, we all recall how we felt the first time we watched the British Grand Prix - even if you cannot quite think when it was or where you were.

The whir of the engines, the roar of the fans, the sea of Union Jacks. It evokes emotions almost indescribable.

"I don't know the exact year, I believe it was 2007, but my first memory of Silverstone was watching Fernando [Alonso] and Lewis [Hamilton] in the Vodafone McLaren Mercedes on TV. Personally, I think those were the coolest cars," said Lando. 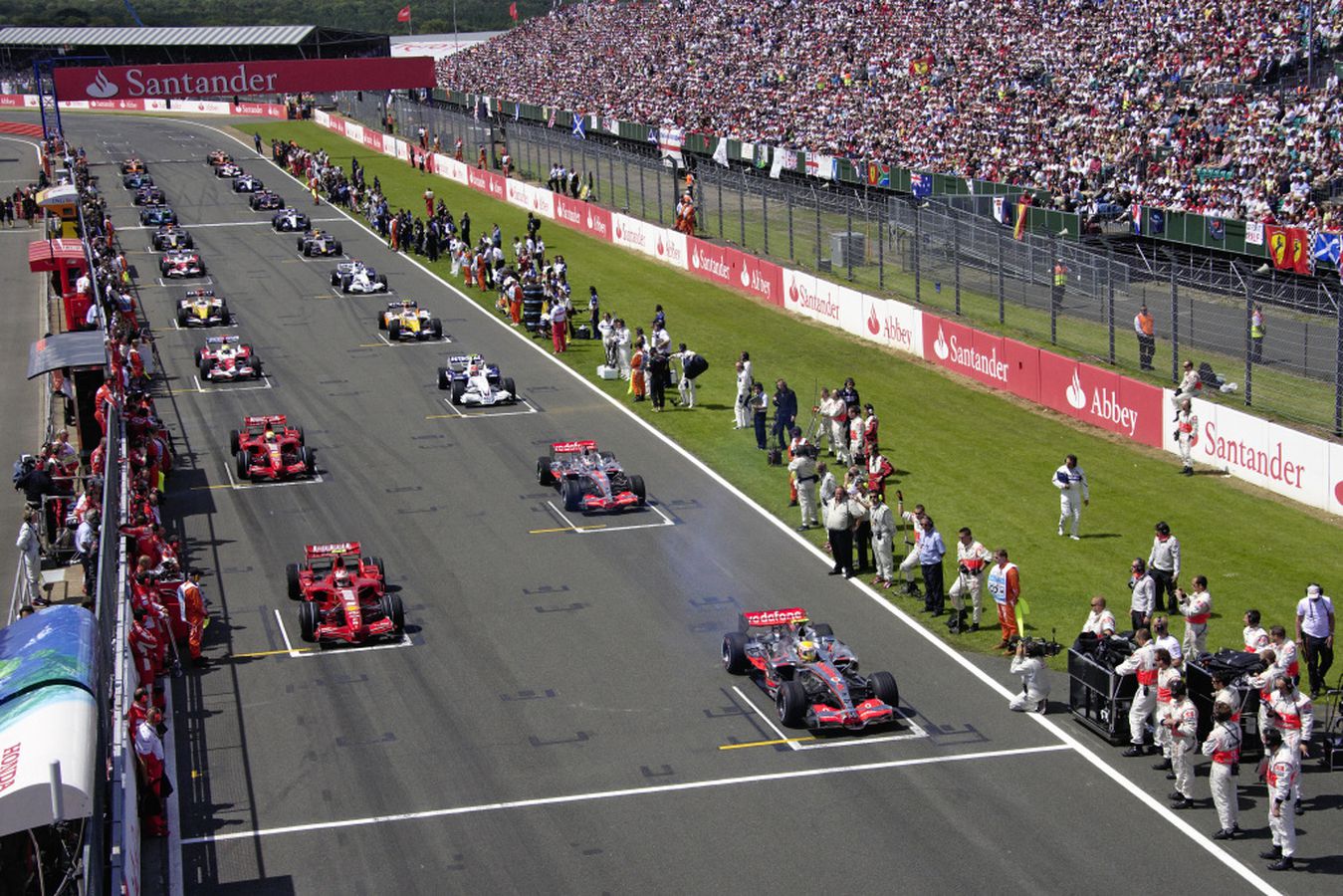 "It was during that era that I started to properly watch Formula 1, and my first memory is of watching McLaren and supporting Lewis. I'd have been around six or seven. I think those were some of the best years of Formula 1."

Taking to the track

We all know how it feels to watch the British Grand Prix, but how many of us actually get the chance to drive the circuit?

If you're lucky enough to have attended a race, you may have walked some of it. You may have even taken part in a track day there. But ultimately, very few of us actually get to drive that wonderful selection of twists and turns.

"The first time I raced at Silverstone was in 2014 in Ginetta Junior," said Lando. "It wasn't actually on the grand prix circuit, we raced on the national track. 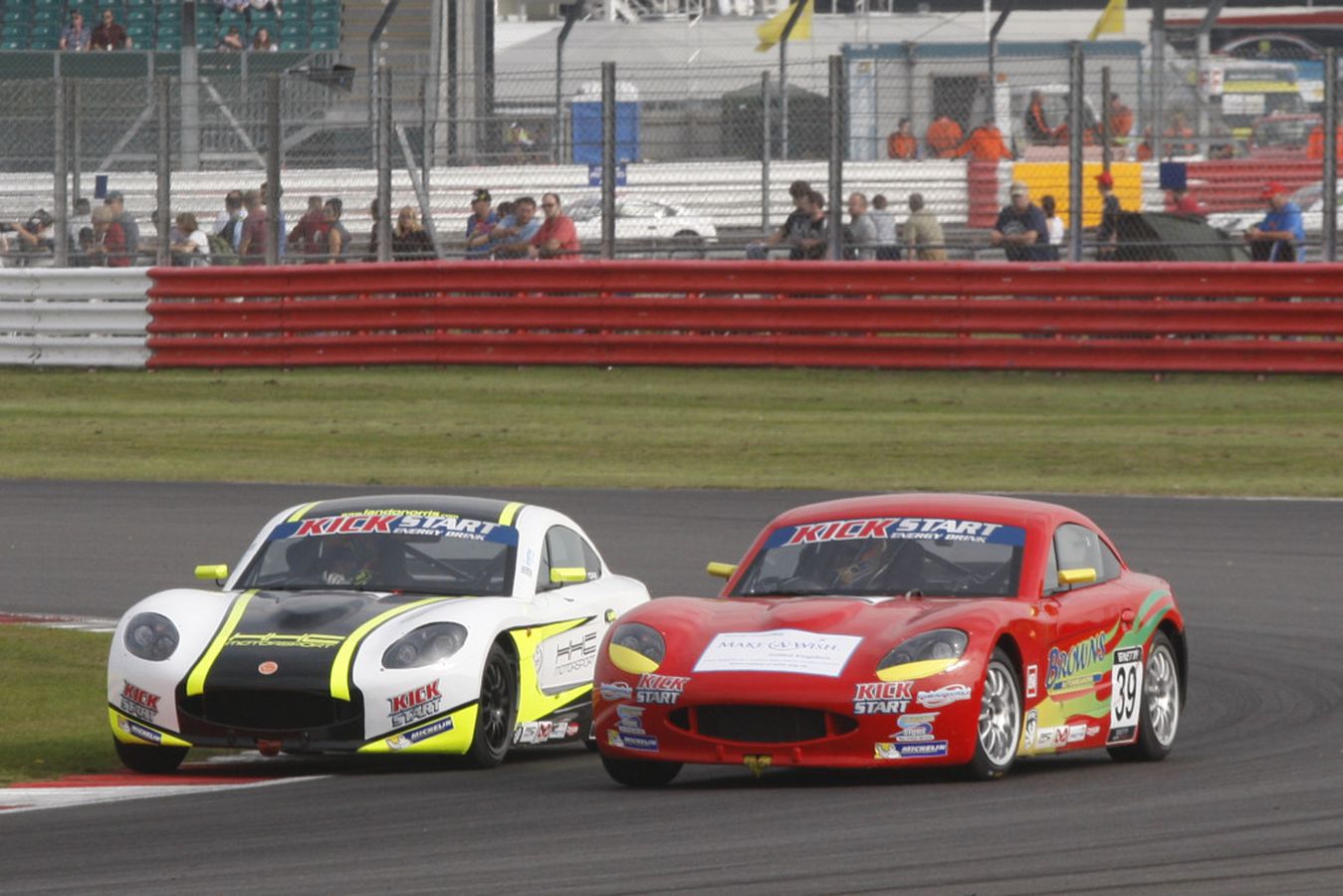 "So, the old start/finish, with Turn 1 as Copse, then you go through Maggots, but you don't go into Becketts, you come back into Brooklands and Luffield. That is actually a really cool track to do in Ginetta Junior, which is a different type of car to what I am driving now.

"That was my first-time driving Silverstone, but I competed at Formula 4 level the year after, and that was my first time driving the actual track. It was amazing to really get to witness Maggots and Becketts, as opposed to just seeing them on TV. It was a completely different feeling and even cooler than you can imagine."

Attending as a McLaren junior

So close you can almost taste it.

After years of dedicating your entire life to your dream of becoming a Formula 1 driver, imagine how it must feel to experience your home grand prix as an official F1 junior driver for the first time. 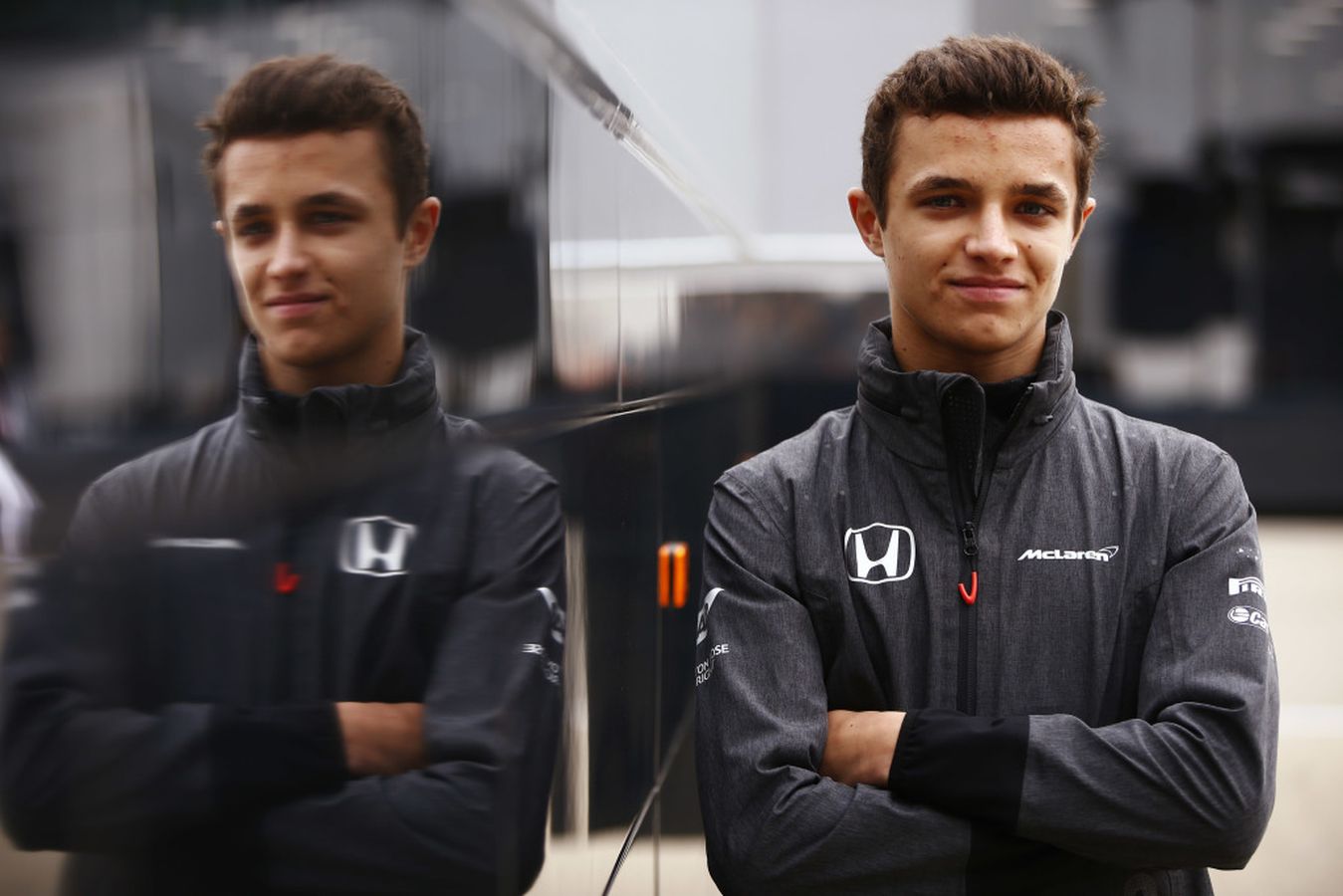 "I had joined McLaren by this point, and I'd done some simulator work and support. I drove on the simulator on Thursday and Friday and then went to watch on the Saturday and Sunday.

"It was amazing to see the home fans. I wasn't in Formula 1, but I already had some fans there and some supporters, so it was kind of my first taste of a home grand prix. When I got into Formula 1, it was a completely different story, but this was a nice little taste of a home race."

Racing as a Formula 1 driver

Lando's answer is proof, not that it was needed, that it is you, the fans, who make the British Grand Prix what it is. Never change, Silverstone.

"My last race at Silverstone would be my favourite because that is the one with the most fans in attendance," said Lando. "Because of COVID, we hadn't had a special Silverstone with all of the fans for two years, so it made it even more special when they could all return last year. Everyone was having a good time, and it was a really cool atmosphere. 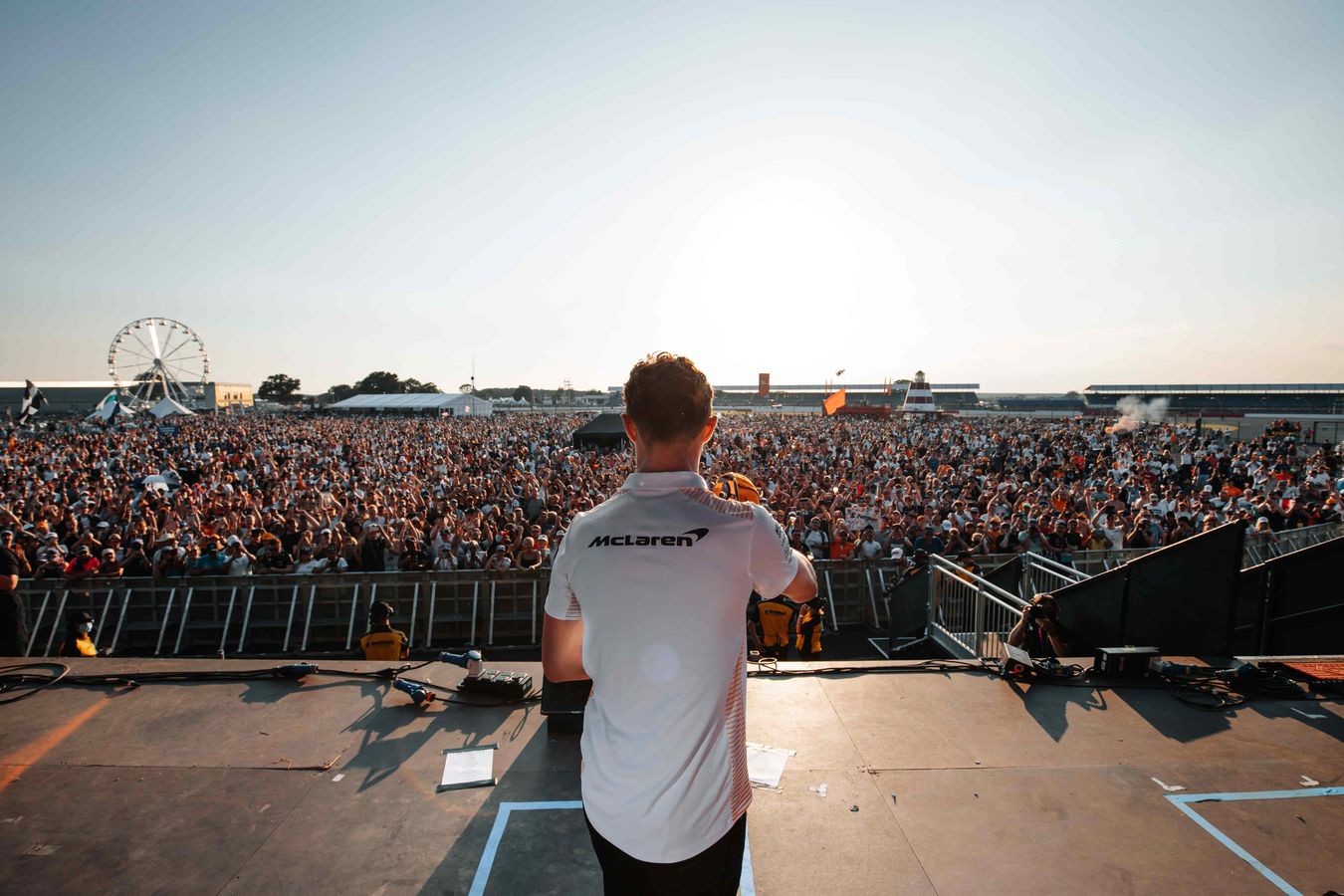 "In terms of the fans, two things stand out. Firstly, driving in and out of the track every morning and evening. And then doing the fan stage, with all of the fans there chanting my name and the songs that they came up with.

"I think that is some of the coolest stuff that you can experience and feel inside. The fan stage is the first time that you are left a little bit speechless because of how much support there is. It kind of feels like what you see at a concert, although I don't sing, so I'm just standing there, not knowing what to say, but everyone is there to support you, which is pretty awesome."

You can follow all of the British GP action throughout the weekend with LIVE updates on the McLaren App.

It’s the British Grand Prix, and what could be more fitting than our Lando Norris quiz

Working around the clock

Not the British Grand Prix