As the race team at McLaren takes a well-earned summer break, we caught up with Team Principal Andreas Seidl, to discuss how he’s settled into the team, what he’s been working on so far, and his plans for moving the team forward over the rest of the season and beyond.

You’ve been at McLaren for just over three months now; how have you used that time?

My focus was on getting to know the team, understanding how the team is working, and finding out where both the strengths and weaknesses lie within the team. I’ve held open sessions with every department within the team to really understand and get to know what every area of the team does, who every single member is and also give everyone the opportunity to get to know me. I explained my motorsport background and encouraged everyone to really open up and talk about their life at McLaren. It’s been a very intense period of getting under the skin of the team, but it’s been very important for me and helped me a lot to settle in.

So, what are your first impressions and observations?

As you would imagine, McLaren is a well-established Formula 1 team. There are obviously a lot of good things in place, but at the same time there are areas which we need to address now step-by-step. We need to improve, for example, our tools and methodologies, optimise production, work on digital transformation, how we modernise ourselves and the way we work and collaborate together.

What was clear to me from the very beginning is that we have a great team of very talented people with a lot of passion for what they are doing. We have a good mix of long-serving people with great experience, people who have also seen other motorsport series or organisations before joining McLaren, and we have extremely passionate and highly-qualified young people who are all excited for the future. So it’s important now to bring all the different experiences together, to focus on maximising our potential, and define together our McLaren way moving forward. 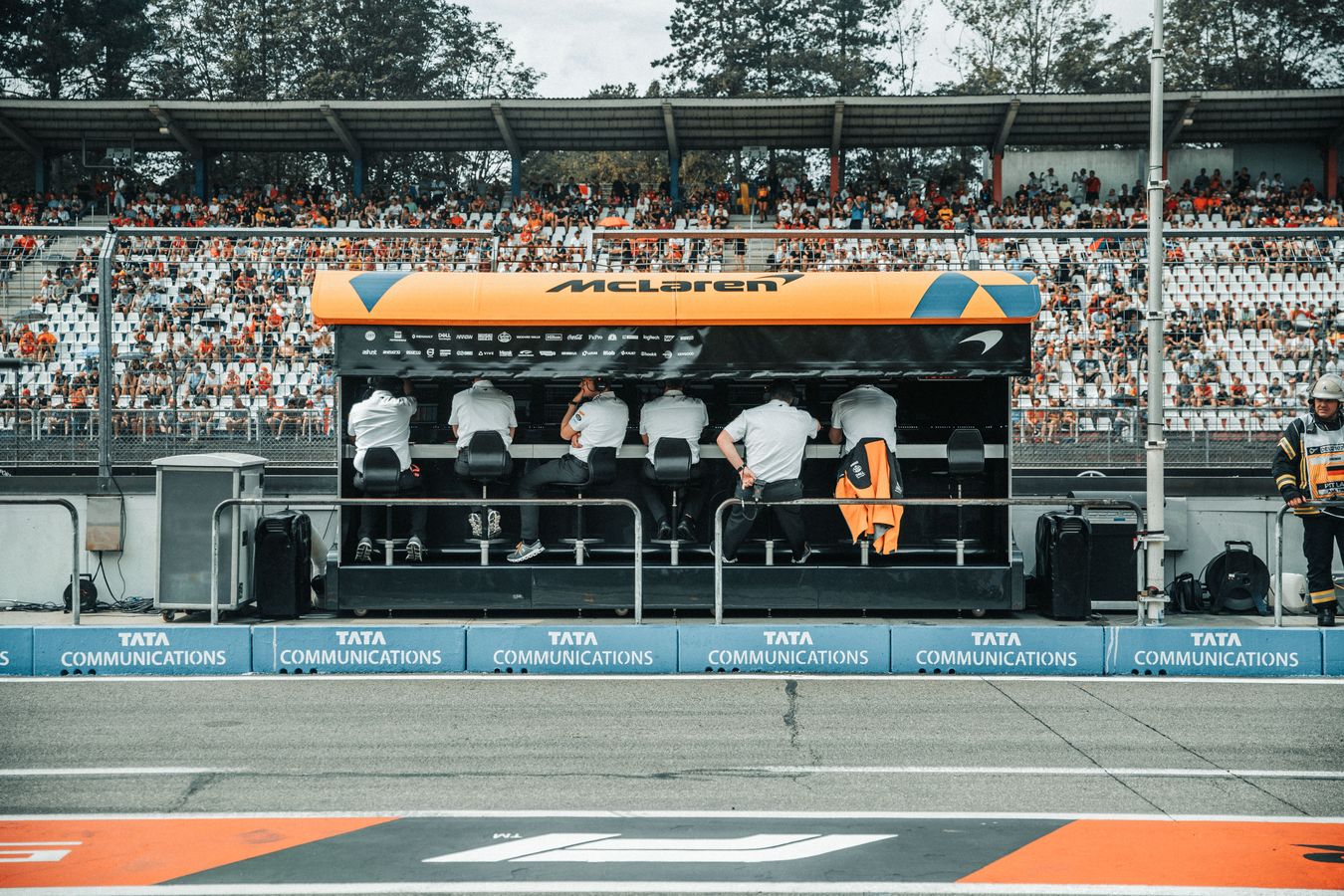 There have been some obvious areas that we were able to address straight away, such as the new wind tunnel. That was one of the first projects we initiated, and it’s a good signal to the team and to our competitors, because it shows we’re serious about our mission, which is to get back to the top.

It’s key now to work out a clear plan, set firm priorities and deliver. It’s obvious that we’re aiming for high targets, but at the same time it’s important to be realistic and stick to our plan.

You also have a new leadership team in place now. What are the key priorities for you in your management of the team?

We are a racing team and we are developing and building great race cars. It’s Formula 1 and it simply never stops. We are up against the best. That’s why we all love this sport. I feel privileged to be part of the McLaren Formula 1 team and this is what gets me out of bed every morning. I enjoy having fun at work. I like to have maximum transparency, clarity and good communication. I’m not a fan of micro-management.

We need to empower our people, make them feel accountable and encourage them to take risks, so they can perform at their best. This is the freedom I always experienced in my career so far, and that’s exactly how I manage my leadership team and what I also expect from them. In this sport we need to push the limits. We need to be prepared to make and learn from mistakes so that we continue to grow and extract more performance. We have a fantastic and passionate team who are motivated by racing and making our cars go faster. Our people are our biggest asset.

It’s my job now to gain trust from everyone inside the team and lead the team into the future. I have full support from Zak and our shareholders to do that and I’m absolutely convinced that we’ll have everything in place in the future in order to make our way back up the grid again.

Is the structure of the team now as you want it?

I’m a big fan of traditional motorsport structures, and therefore the first thing I put in place was a simple and easy to understand organisation, which is based on three key divisions: we have an engineering department under the leadership of James Key (Technical Director); the production department, led by Piers Thynne (Production Director), and the racing side under the responsibility of Andrea Stella (Performance Director), and Paul James (Team Manager). Piers’s appointment is an internal promotion, and I’m pleased to see the talent within the team rising to the challenges we face going forward.

I’m very happy with the direct leadership team I have in place, but there’s obviously still a lot more to do in terms of the optimum set-up of the organisation going into the future. The 2021 regulations will play an important role here as well. I want to be in a position where everyone inside the team clearly understands our leadership structure, our common goals, targets and plans. That applies not only to our structure, but also to our general ways of working. It’s important that we modernise our processes and create an environment within the team that supports this positive momentum and motivates everyone to continue performing at a very high level.

What is the role of the drivers? How important is the chemistry both between the drivers and within the team?

Our drivers get on well and they have fun – both of which are important. They understand that it’s not about the competition between them at the moment; it’s about making sure they push each other in order to lift their overall game, and at the same time help us to improve as a team. They’ve integrated excellently within the team and they’ve proven to be very approachable and open-minded. That’s also why we confirmed them so early for 2020: it was important to have clarity inside the team, which allows us to focus on our core job, which is to become an even better team and deliver a quicker race car. 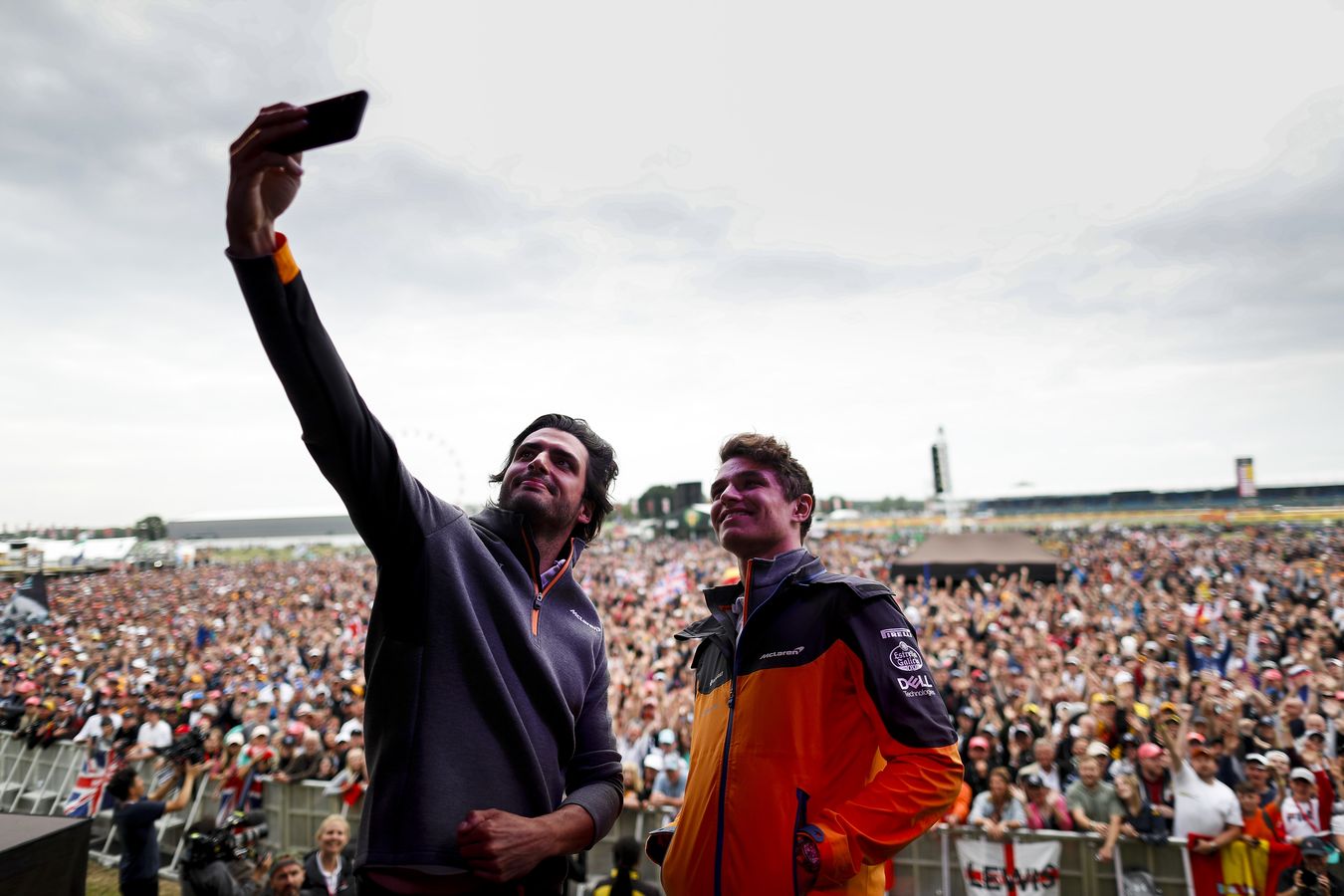 This sport is a big team effort, and that requires the right team spirit both at the track and back at the factory. We want to focus on what we can achieve together as a team, encourage each other to constantly seek improvements and deliver the best results, without the fear of blame if things don’t quite work out. The drivers play an important role here.

Are you pleased with the drivers’ performances? Let’s start with Carlos…

Carlos’s technical ability has been impressive from the start. He has very clear feedback and he provides excellent direction in terms of development. Combine that with his qualifying pace, his ability as a racer and his positivity, and you have a driver who’s a great asset to the team. I should add that he also did a very good job over the winter working on the correlation between the simulator and the racetrack.

This might be his rookie season, but Lando has never had a problem dealing with the pressure of the race weekends from his first grand prix onwards. I was incredibly impressed with how he got into Q3 in his first qualifying session in Melbourne. And he has also shown that this wasn’t just a one-off. He also took the right approach, for example, when it came to his first few race starts within the midfield, where he made sure he stayed out of trouble especially on the first lap. He has since built up the confidence he’s now showing with excellent race starts and first laps, followed by great races. It’s simply impressive how these young guys are managing so much and pulling it off with great maturity.

How would you sum up the season so far?

It’s been a good first-half for us. After 12 races we have 82 points in the Constructors’ Championship, compared to the 62 points we finished the 2018 season with. We’re currently 39 points ahead of P5 in the standings, and that’s a real step forward compared to last year. The team has done a fantastic job. We continuously bring updates to the car, and are very strong at the track in terms of race starts, pit-stops, race strategy, and how we operate together with our drivers during a race weekend. It’s important now that everyone enjoys a break with their family and friends and recharges their batteries in order to then keep on maintaining that momentum and pushing forward in the second half of the season.

How competitive has the MCL34 been?

The changes Zak has initiated over the last year have been crucial to the development of the MCL34 and the progress we’ve made as a team so far this year. A lot of hard work went on before I joined to ensure that we learned from our weaknesses last year and from previous seasons.

It was obvious at the first winter test in Barcelona that we’d improved both our reliability and performance from 2018, and we’ve consistently been in the top 10 at races so far. We haven’t always had the fourth-fastest car, but we’ve executed our race weekends well. There are always things you can do better, but we should take some satisfaction from the progress we’ve made. 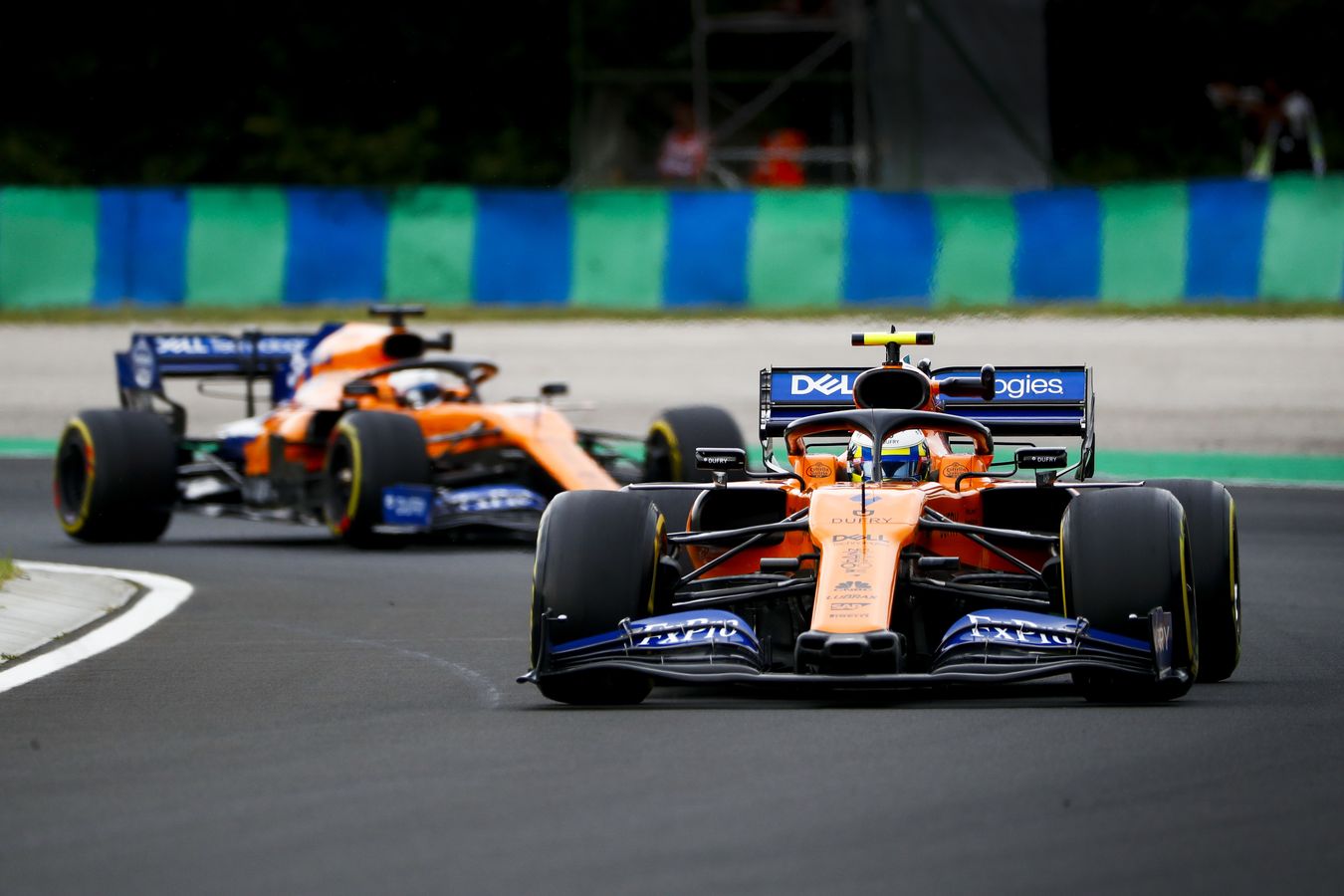 What’s your view on the state of play with the 2021 regulations?

We’re keen to see these resolved as soon as possible. The financial regulations were agreed and committed to in principle in June, which for us is the most important factor, because they contain the budget cap. We would’ve preferred to see both the Sporting and Technical regulations issued at the same time, however, these draft regulations are probably going to change very little over the next three months. It’s critical now that we don’t waste any more time, and get on with the job of implementing the new regulations to deliver an exciting new era for the sport.

Some details are still in discussion, but in principle we’ve given our support for an extra race in 2020, keeping in mind that we need to be very careful of how much more load we put on our people. We also need to remember that exclusivity of Formula 1 races is important, and the more races you add, the more that gets diluted. I would favour keeping the number of races where it is now and alternating them from one year to the next, in order to create possibilities for new venues to come in.

What’s your target for the second half of this year?

At the same time, it will be important to switch the focus of the team to next year’s car at the right time, which will be the first car under the full technical leadership of James Key. From there, our clear target will be to once again make the next step in terms of competitiveness next season.

Watch the Hungarian GP weekend from our perspective