Andreas Seidl is one of the latest recruits here at McLaren Racing, having started work on 1 May in his role of Team Principal, McLaren F1.

Joining from his position as Porsche LMP1 Team Principal, his appointment marks Andreas’ return to Formula 1, having previously worked at BMW Motorsport and BMW Sauber.

In the lead-up to his first grand prix with the team in Spain, we sat with Andreas to get to know him a little better.

What does your role entail?

My role here at McLaren Racing is Team Principal of the F1 team. I have the overall responsibility of car development, operations, and the race team out at the track.

Why did you decide to join McLaren?

I’m a competitive guy and a racing guy. The desire was always there to get back to the top category in this sport. Getting the opportunity to become part of McLaren and contribute to bringing McLaren back to success was straight away very appealing to me. The clear vision and commitment of Zak and the shareholders made my decision very easy. I feel very privileged and honoured to lead this team.

What was your first day like at the McLaren Technology Centre?

Coming into the HQ and finally being part of the team felt very special. I was very excited. It was a bit like being a kid, going to school for the first time! With all the history this team has, it just felt great to be here. I got a very warm welcome, and Zak has been massively supportive, as well as being the one to show me around this impressive facility.

During my first few days I`ve been speaking to as many people as possible and this will continue over coming weeks as I get to know the team.

What is the biggest change you’ve seen in Formula 1 since you left the sport nine years ago?

The rules have evolved, the cars are even more complex, the teams are bigger, as well as the budgets. But I think overall the fundamentals haven’t changed.

What lessons can you learn from categories like the World Endurance Championship and apply them to F1?

Each category has its own rules and individualities, but at the end of the day the principles to become successful are always the same. It’s difficult to compare Formula 1 racing to endurance racing, because of the nature of the races, the number of races and the number of updates you’re allowed to bring to event.

What are your thoughts on the 2019 season so far?

It’s very encouraging to see the step forward the team has made over the winter. The changes that Zak initiated last year – Pat Fry returning to the team, promoting Andrea Stella, bringing in Gil de Ferran, securing James Key, signing Carlos and Lando – are already paying off. The fundamentals have been put in place to move forward. There’s a lot of positive energy and momentum inside the team right now. At the same time the gap to the top teams is still big, and there is still a lot of work ahead of us. 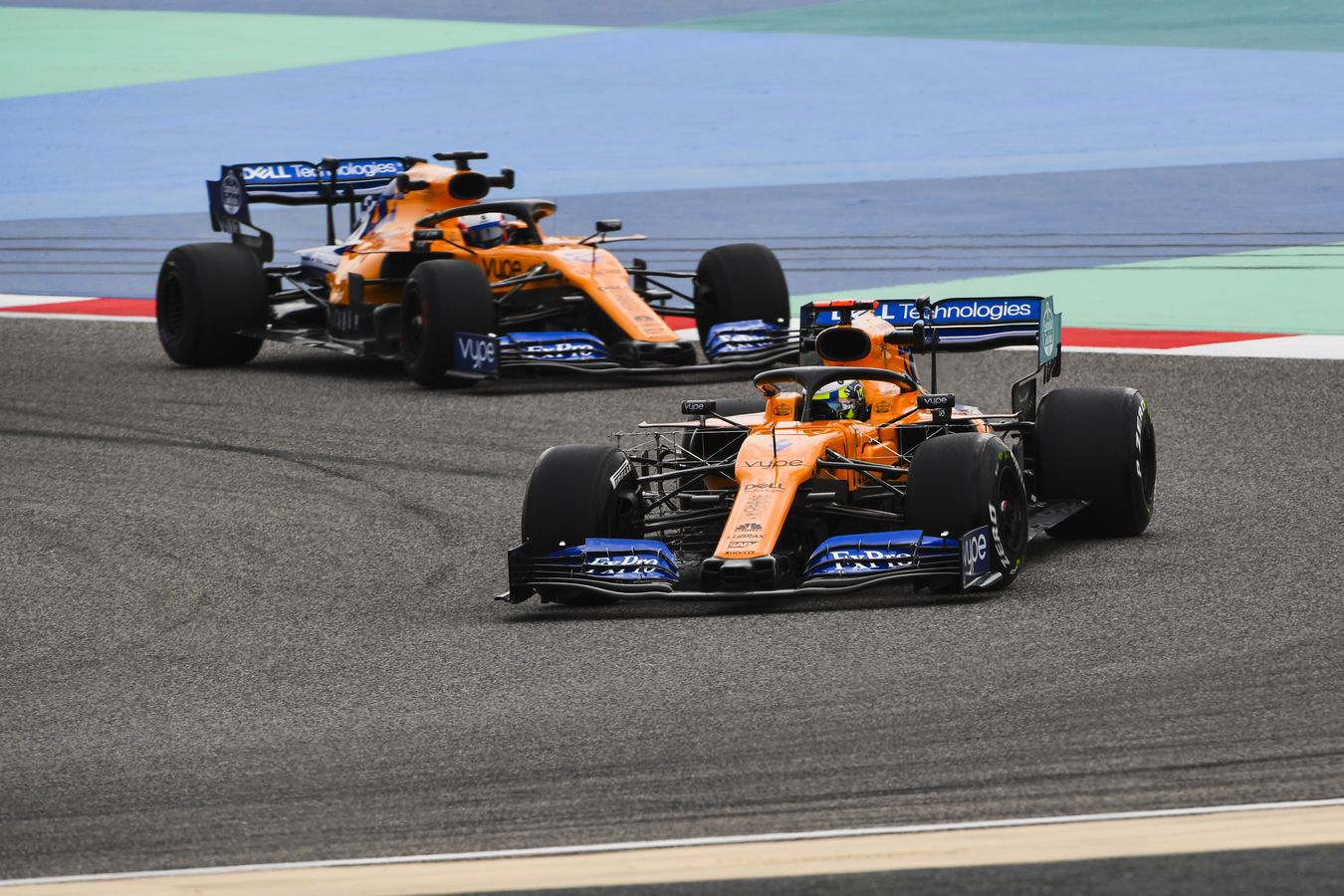 It’s my responsibility now to continue this road to recovery. I am really looking forward to working with Carlos and Lando and the entire team.

What do you think are the key foundations to building a successful team?

Success in motorsport is always a big team effort. You need to have an efficient organisation in place with the right talent in the right positions. People need to feel valued and be aware of the importance of their specific role to the overall success of the team. It is important to give the team a clear vision and a clear target.

You are up against the best in this sport. You need to create a spirit and a mentality inside the team which drives everybody forward day by day. This means being self-critical, questioning yourself every day, being open-minded and open to change, striving for permanent improvements, accepting risks and failures, learning from your mistakes, and respecting your competitors.

This is what we need to live every day.

We're sure you’ll agree that McLaren has the most incredible, loyal and passionate fans. What message do you have for them?

First of all, I would like to emphasise how amazing it feels for me to be part of this team. McLaren has such a great history in Formula 1. I’d like to encourage the fans to keep supporting us as they always did. To get back up to the front will take time and requires a lot of hard work. But I can assure them that the entire team is fully committed to it.

Actually, it was my first car. A Volkswagen Golf! A Golf II Fire & Ice edition. It’s not a spectacular one, but I connect a lot of good memories with that car and living in the countryside it meant freedom for me.

Monaco. It was always a dream for me as a kid to work at Monaco as an engineer. That was my target when I was watching Michael Schumacher race.

The great battles I watched between Mika, David and Michael Schumacher in the ‘90s. This is when I started religiously watching Formula 1 on TV: every practice, every qualifying and every race. That was also when I started to think about going into mechanical engineering, working in Formula 1 and motorsport.

Embarking on the European chapter of the season