In Formula 1, no stone is left unturned when it comes to optimising performance and gaining competitive advantage. Real-time data from the car is continually analysed and used to inform race strategy. But where does this information and McLaren’s intellectual property get processed and stored – and how do we protect it? That’s where Darktrace – the world’s leading AI cyber defence company – comes in.

We caught up with its Director of Technology, Dave Palmer, to find out.

Darktrace is McLaren’s Official AI Cyber Security Partner, what exactly does that entail?

Technological innovation is McLaren’s lifeblood, encompassing everything from design and production to telemetry and analysis on race weekends, and even team communication and collaboration. It’s essential that all these processes are uninterrupted and cyber security does not slow down the adoption of new technologies or disrupt how team members work together. Darktrace uses AI that continually learns what ‘normal’ looks like for McLaren’s digital environment to detect and respond to cyber-threats targeting its data.

Talk us through how the technology works and how it keeps McLaren’s IP secure.

People say that data is the new oil, and just like oil, data is vital for McLaren when it goes racing. Darktrace protects their valuable IP with AI that is self-learning, which means that it works out what’s normal by itself, and then updates its understanding continually, as it observes new information. As well as identifying threats, Darktrace AI can also take autonomous action as soon as it spots any malicious activity - fighting back against cyber-attacks that get inside any digital environment, including McLaren’s. 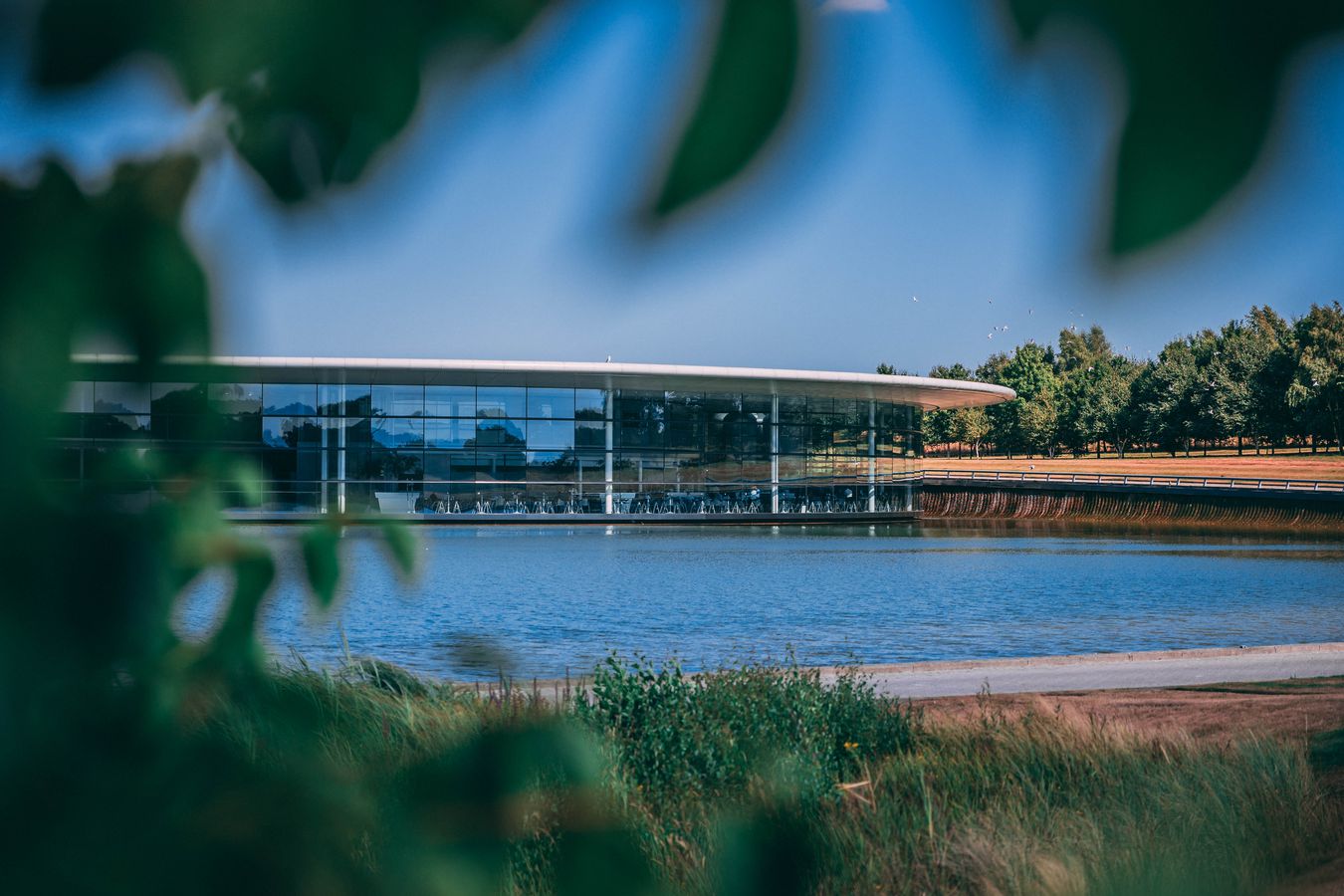 Our Cyber AI technology was first developed seven years ago and represents a ground-breaking step forward in cyber defence. It doesn’t rely on rules and signatures of previously recognised threats, but learns ‘on the job’ to detect and respond to novel and sophisticated attacks in real time, as soon as they occur. It’s perfectly suited to McLaren’s speed of innovation, but it’s equally a best-in-class solution for all businesses because it’s completely scalable and can handle all levels of change and complexity as an organisation evolves.

The AI works in a variety of different digital environments. We cover the email environment, as well as network traffic data from the McLaren Technology Centre, including trackside data. The AI also covers SaaS applications and cloud services, such as Azure – so wherever the IP resides, Cyber AI is there, providing around-the-clock protection.

An F1 team designs fast, moves fast and reacts fast, how does Darktrace enable McLaren’s IT operations to keep up?

In any organisation, employees don’t want to stop and wait for cyber security to keep pace when they’re working to modernise and innovate their operations – and McLaren is a prime example of this. High-speed data transfer is no problem for Darktrace – the AI can comfortably keep up with data from the MCL35 reaching the MTC in less than 100 milliseconds, for example. 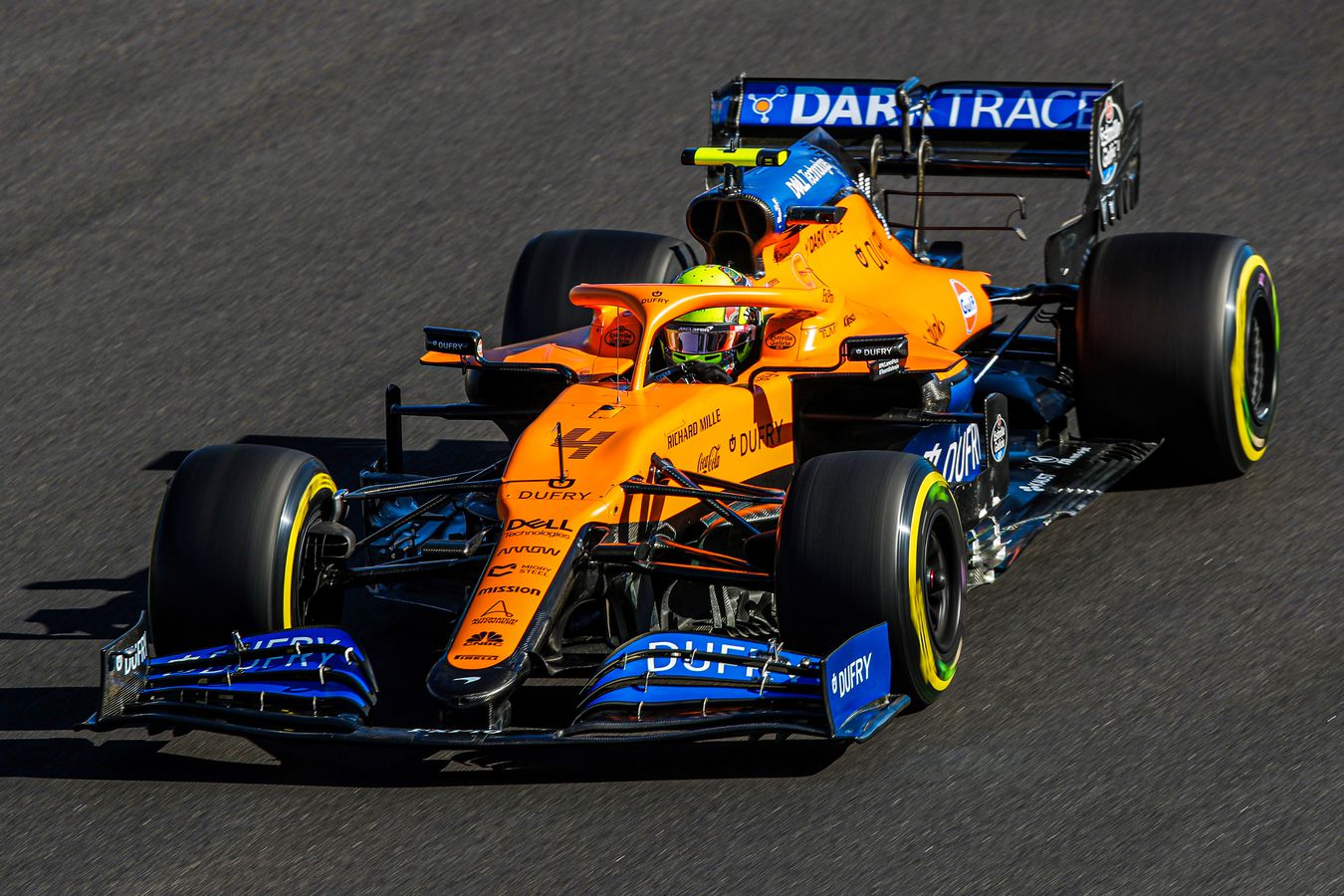 When an incident occurs, Darktrace drastically reduces the time to response, as the AI automatically kicks in and contains the threat at an early stage. This is increasingly important as computer speed-attacks like ransomware continue to rise. With fast-moving cyber-threats capable of encrypting thousands of devices in minutes, humans alone simply cannot respond fast enough. Darktrace AI intervenes at that critical early stage, giving the security team the vital time they need to catch up.

As well as stopping threats, it’s important for cyber security not to interfere with normal daily operations. How does Darktrace provide protection while ensuring McLaren can keep moving?

Cyber AI enables McLaren to focus on what it wants to, rather than devoting time and resources to look for the subtle signs of a cyber-attack. The key is having a self-learning approach which adapts with McLaren’s digital environment. When unexpected changes happen, pre-programmed legacy tools need to be reconfigured or risk firing false positives, impacting productivity at McLaren. Darktrace’s AI factors these changes into its calculations and only surfaces events of interest.

Looking forward, what new challenges can we expect around the corner when it comes to protecting McLaren’s IP?

In the near future, we can expect to see attackers themselves harnessing AI to supercharge their attacks – there are some signs this is already happening. It is crucial for defenders to stay ahead of the threat with intelligent cyber security that can adapt to the new normal. By relying on Darktrace, McLaren protects its valuable data and IP from the full range of cyber-attacks. 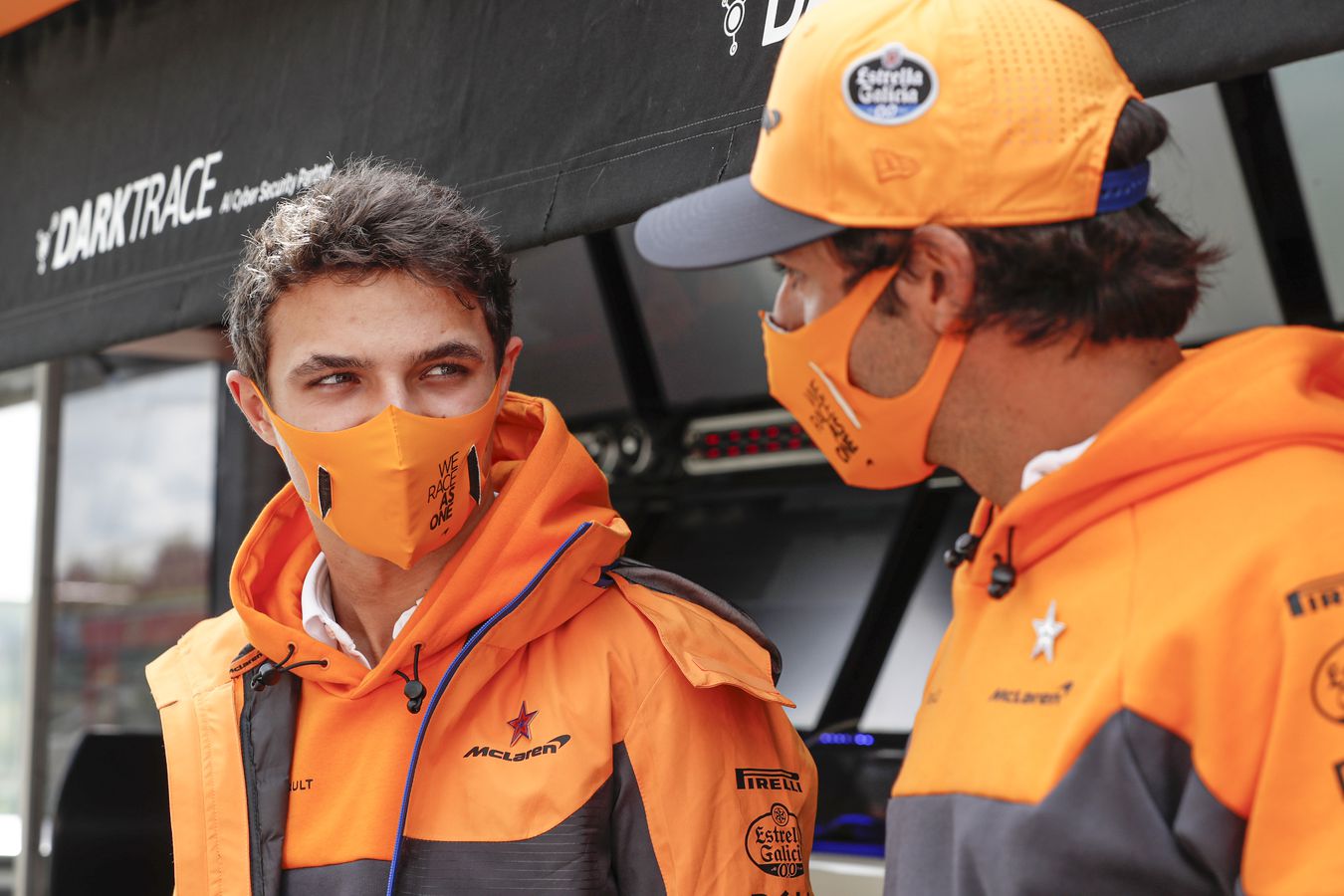 Viewed from afar, there’s a beautiful elegance and simplicity to a McLaren F1 car. But move a little closer and delve beneath the surface, and you’ll find that every single element is the product of huge amounts of scientific research and engineering. The same can be said of our Cyber AI. It has taken major breakthroughs in AI-powered cyber defence for our system to be able to learn and act for itself, and ultimately allow McLaren to focus on what it does best: racing.

Carlos and Lando go head-to-head with their trainers, courtesy of Darktrace