The evolution of race suits in Formula 1

The evolution of race suits in Formula 1

2021 marks the 25th anniversary of McLaren Racing’s partnership with Sparco – a partnership focused on ensuring the highest level of safety for our drivers and race team as well as continuous innovation: less weight, more comfort and new technologies. In our 25 years together, some of McLaren’s, and indeed Formula 1’s, finest drivers have been kitted out in Sparco racewear, from gloves and boots to suits. And we thought we’d take a closer look at the development of the latter over the last few decades…

Sparco’s suit story began in 1978 with the Standard – a suit that was anything but ‘standard’. Made of Kevlar, it was capable of withstanding fire for up to 11 seconds. Further iterations of the suit followed, which featured the innovative use of Nomex – a material consisting of fireproof fibres that enhance safety and breathability – and a knitted lining to the outer fabric to reduce weight and significantly increase comfort.

Motorsport is widely regarded as the ultimate innovation lab and this has been no different for Sparco, as it constantly looks to evolve its race suits by combining safety, lightness and comfort with exquisite craftsmanship and cutting-edge material technology. For example, the Sparco2 suit worn by McLaren F1 drivers Mika Häkkinen and David Coulthard between 1997 and 2002 weighed almost 20% less than the suits that had gone before. 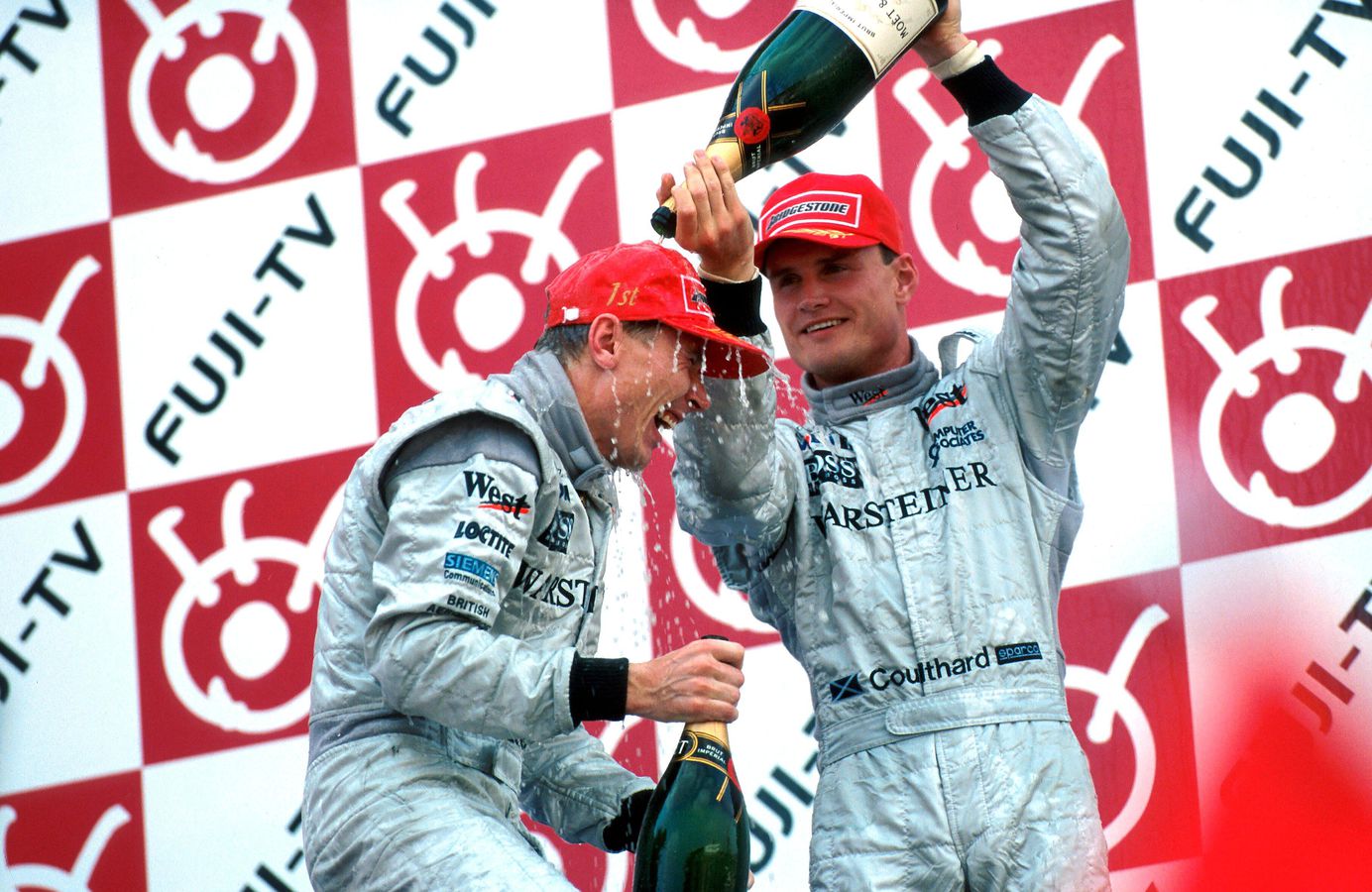 2010 saw the advent of the Superleggera which, as its name suggests, was even lighter, and was the lightest suit to receive FIA 8856-2000 homologation, with weight savings achieved through optimisation of modelling processes and the use of lighter accessories and screen-printing techniques.

A decade later, the requirements for FIA homologation changed, with suits required to withstand fire for 12 seconds instead of 11 – guaranteeing that the body temperature of the person wearing the suit does not exceed 24°C throughout that time. An increase of one second may not sound like much, but to achieve it required an increase in the weight of the suit and so came the Prime PRO. Worn by McLaren F1 drivers Lando Norris and Daniel Ricciardo, it represents the ultimate innovation in racing suits and is one of the lightest suits to achieve the latest FIA homologation.

The suit is made up of four layers of fabric in a sandwich construction, with two anti-static layers placed between an exterior layer of Nomex fabric and an interior meta-aramid microfiber lining that’s resistant to high temperature and abrasion. To enhance driver safety, mobility and comfort while racing, the Prime PRO features a lightweight, double-sliding zip hidden by a fireproof cover flap; ultra-thin collar; seamless cuffs; extra-flat seams; and tailored elasticated panels. The suit is also incredibly strong, with the revised FIA regulations stipulating that the shoulder straps must be capable of withstanding a tensile force of 375N on each shoulder. 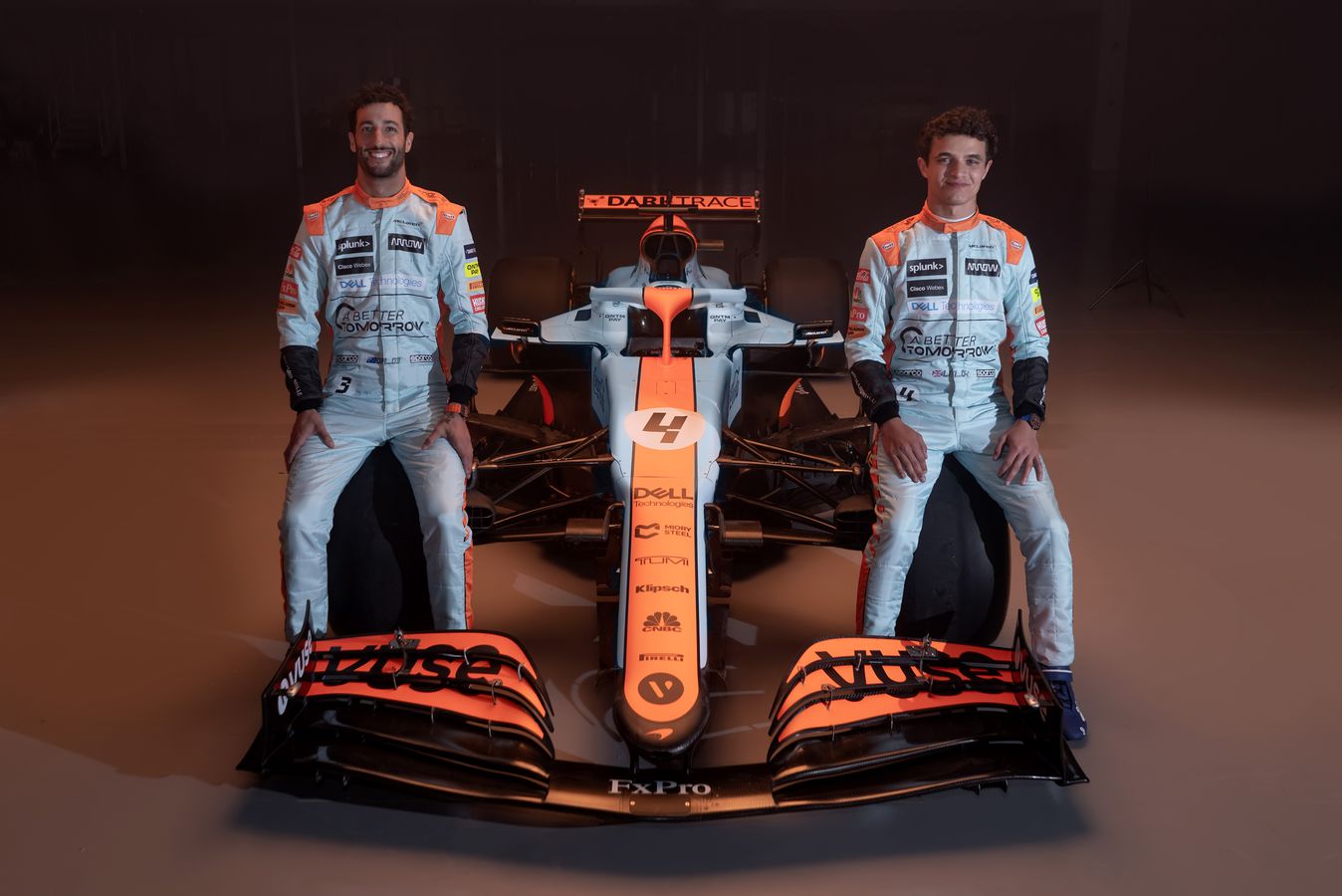 It looks the part too. Sparco’s production processes and silk-screen printing technologies mean the visual appearance of the Prime PRO is fully customisable and Sparco can accurately reproduce any colour, be that Papaya or Gulf Racing blue, for example. The story doesn’t end there though; Sparco is about to write the next chapter with the introduction of the new Superleggera, which will see Lando and Daniel ‘suit up’ in a suit that weighs 140g less than the Prime PRO.

Keep an eye out on McLaren Racing's channels over the coming months to learn more about McLaren Racing and Sparco’s shared history.

Celebrating McLaren Racing and Sparco's partnership at the pinnacle of motorsport

The agreement will see McLaren and Sparco celebrate 25 years together

A weekend of mixed emotions at the Styrian Grand Prix